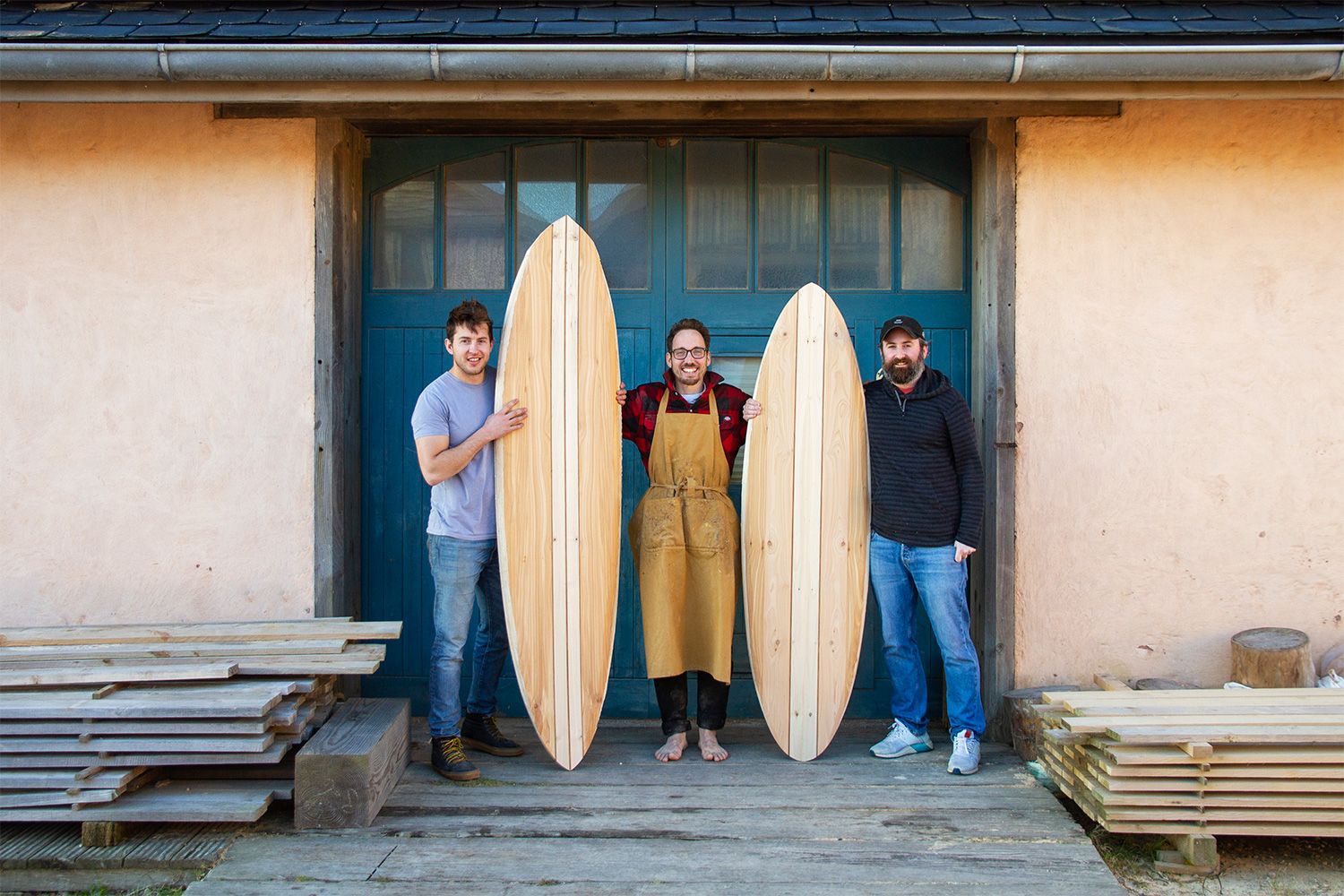 It wasn’t until Nick and Matt, our two February workshop attendees, had spent a bit of time together on Monday getting to know each other that they realised that they actually lived just a couple of miles away from each other in West London.​ 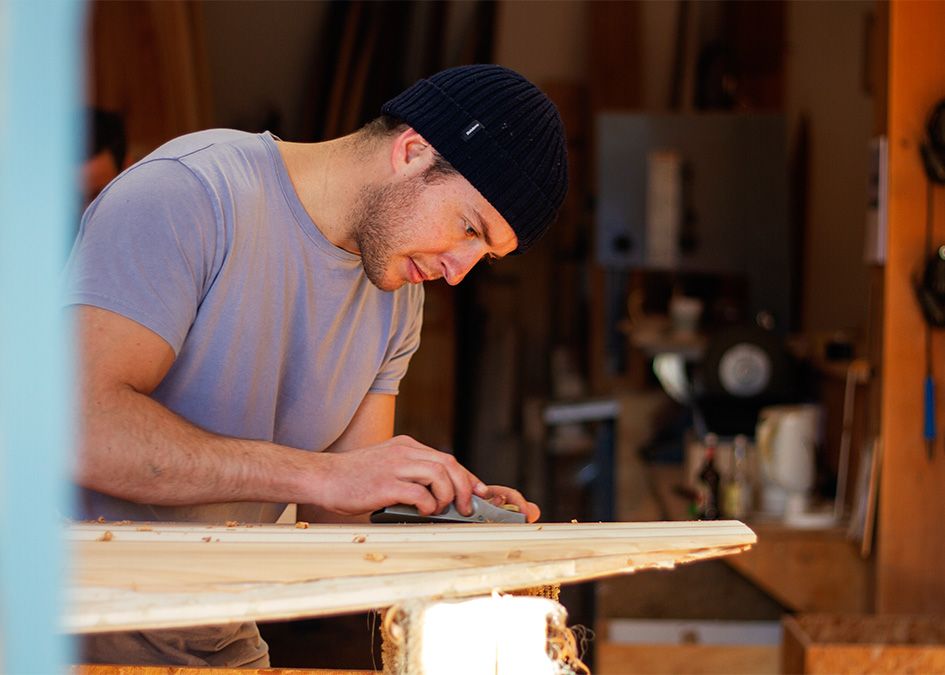 Both had taken a week out from work, Nick as a freelance packaging designer and Matt from his role at a tech start-up, and headed west from West London to spend a sunny week in winter in our workshop. Nick made himself a 6’4” Cutter, and Matt a 7’2” Coaster, and both boards turned out beautifully.​ 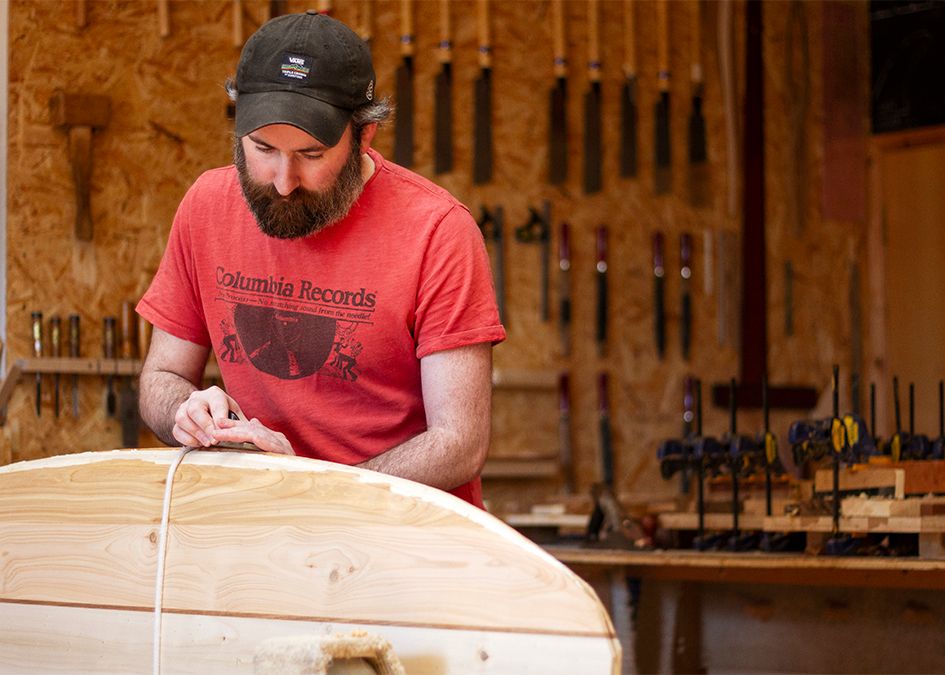 Workshoppers make their way to our corner of Cornwall in all sorts of ways; Matt did what many do and drove down, taking the scenic A303 and diverting off to visit his parents in Somerset before driving the last leg to Cornwall on Sunday evening and finding his way to his Airbnb. He woke up early on Monday morning to go for a run along the coast path here at Porthtowan and familiarise himself with this stretch of coast, and used his car during the week to head off and surf each morning before making his way to the workshop.

Nick may be a first though in how he travelled here, having made his way to Paddington railway station on Sunday evening (despite the risk of post-rugby match crowds near his home in Twickenham delaying his journey into central London) and boarding the sleeper train to Cornwall. This Great Western Railway service, romantically named The Night Riviera Sleeper, leaves London at ten to midnight and Nick was able to sit in the bar carriage and enjoy a drink as the lights of the city and then the suburbs slipped by outside the window. 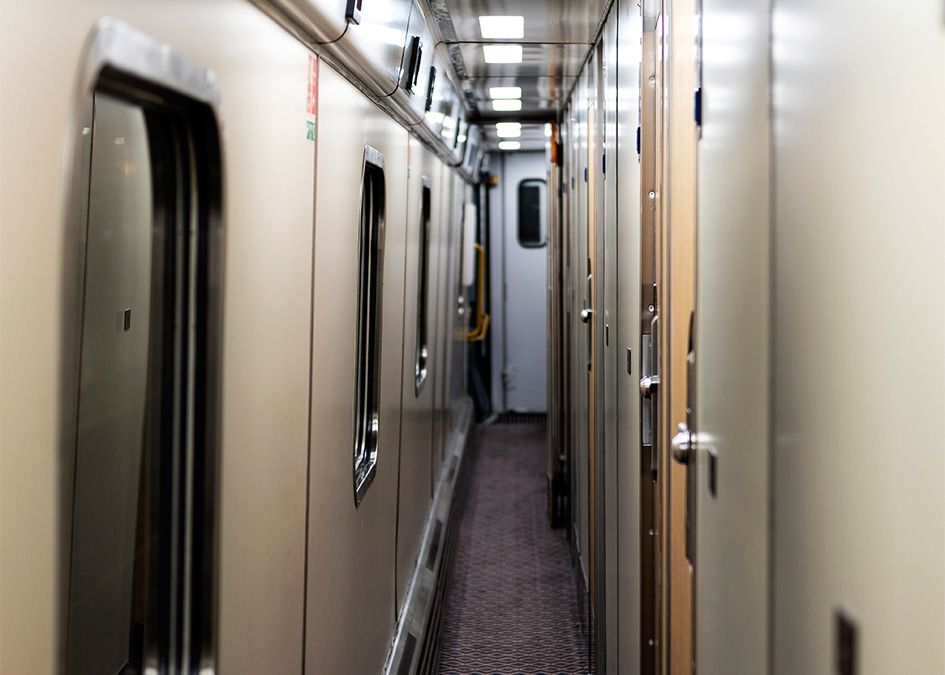 He had a berth in a cabin so fell asleep to the rhythm of the train rattling across the southern half of the country and woke up in Cornwall having crossed Brunel’s Royal Albert Bridge over the Tamar Bridge just after 6.30am. The train then winds its way through south and central Cornwall before pulling into the station closest to our workshop, Redruth, at 8.20am where James was waiting in the van to pick him up. It seemed to us to be a great way to travel – getting a good night’s sleep in a proper bed (if you book a cabin) and waking up in Cornwall. It also saves the cost of a night’s accommodation!​ 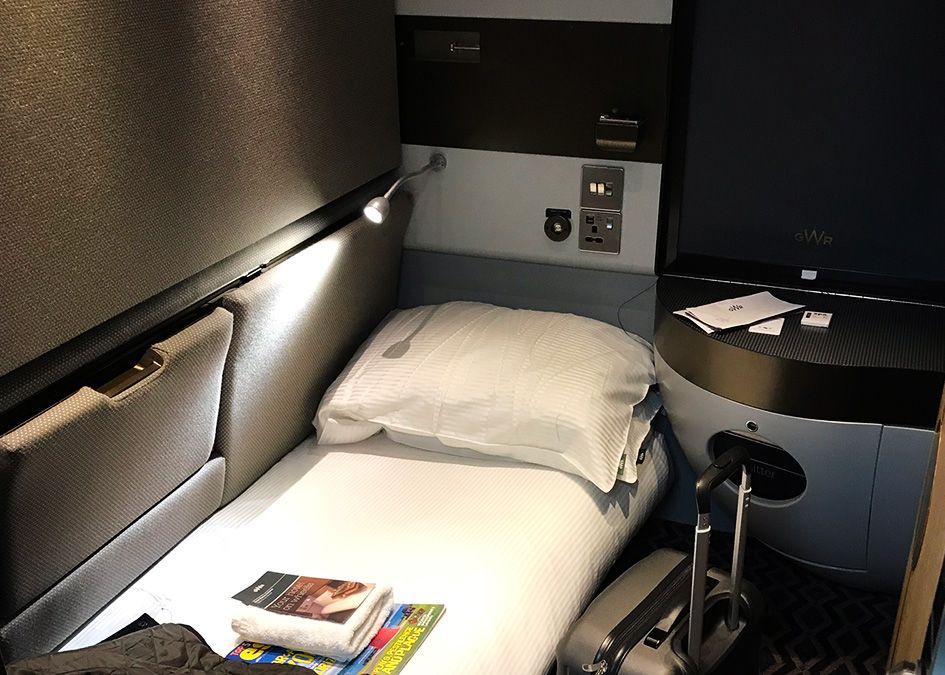 Whether you travel by plane, train, automobile or bike, we’re fortunate that our workshop is well located both next to the ocean and close to the main A road, railway station and airport, and we are surrounded by plenty of accommodation options from camping and van-camping on-site through to self catering cottages, Airbnbs, B&Bs and hotels within a short drive or ride of the workshop. If you arrive by plane or train and don’t rent a car to get around whilst you’re here then we’ll happily pick you up and drop you off each day, so that your week with us is as easy and enjoyable as possible beyond your time in the workshop. If you’re booked on to a workshop and considering your different travel options, then please get in touch with us to get the inside line on all of the different ways (and pluses and minuses) available to you.​

You can find the dates and details of all our make your own wooden surfboard courses with availability by clicking here.