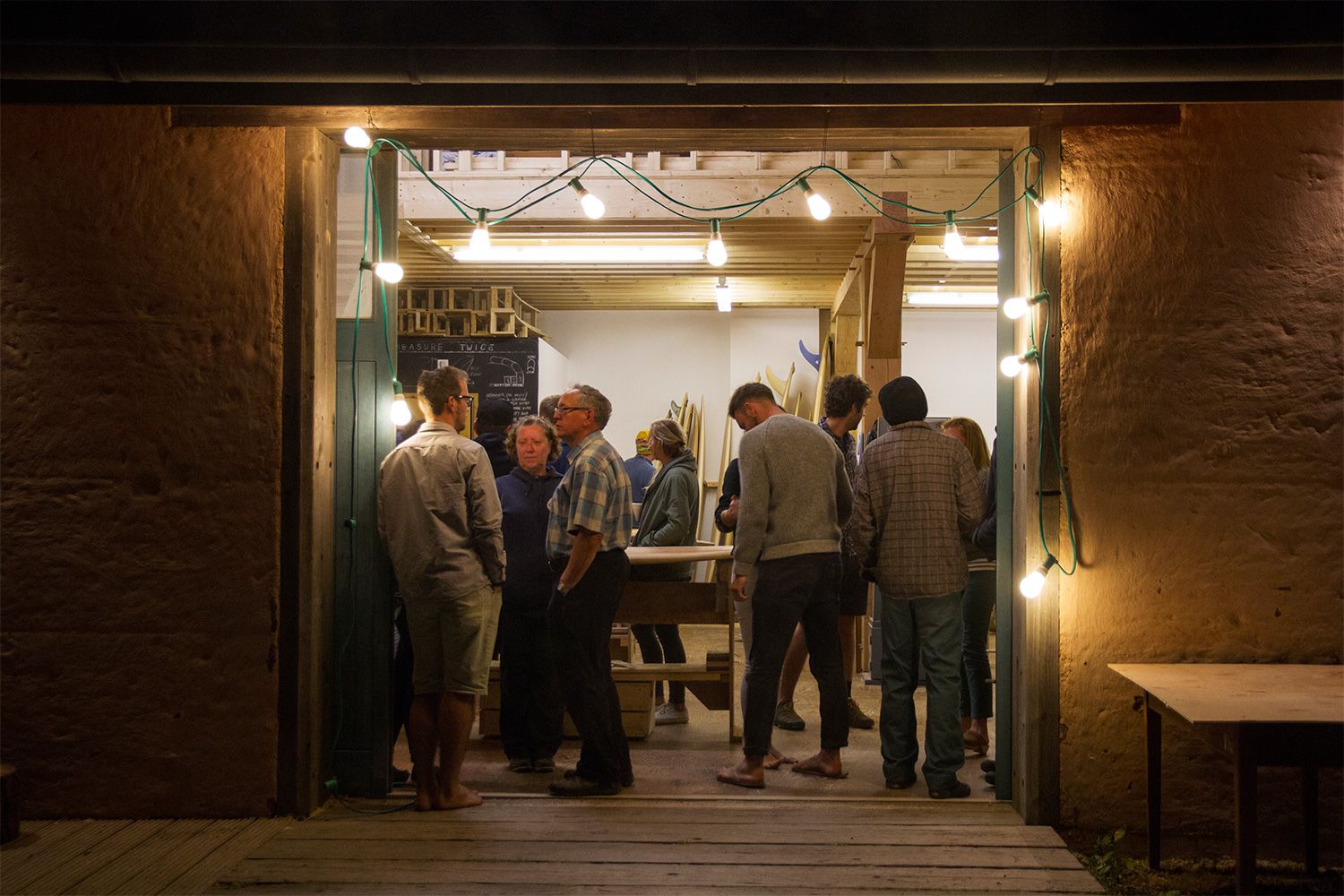 An Evening Of Inspiration: Boards, Bangers and Beers 2017

On Friday June 23rd we opened up the doors of our workshop, and of the Eco Park’s barn opposite us, and were joined by an amazing crowd of people for our annual Boards, Bangers and Beers open workshop evening. With the help of our good friend Alex of As One Talks, this years event was the biggest and best yet and we were joined by special guests Sam Bleakley and Chris Hines who spoke in front of a capacity crowd, with every seat taken and people stood several rows deep at the back and sides. Sam and Chris shared their positive and powerful stories about how they have both built productive and impactful lives with surfing as a common and guiding influence. For those of you who were able to make it along, thank you so much for being a part of it and we hope that you can re-live some fond memories of the evening through the following photos and talk. For those of you who couldn’t join us in person, we hope that the following will give you a taste of what went on. 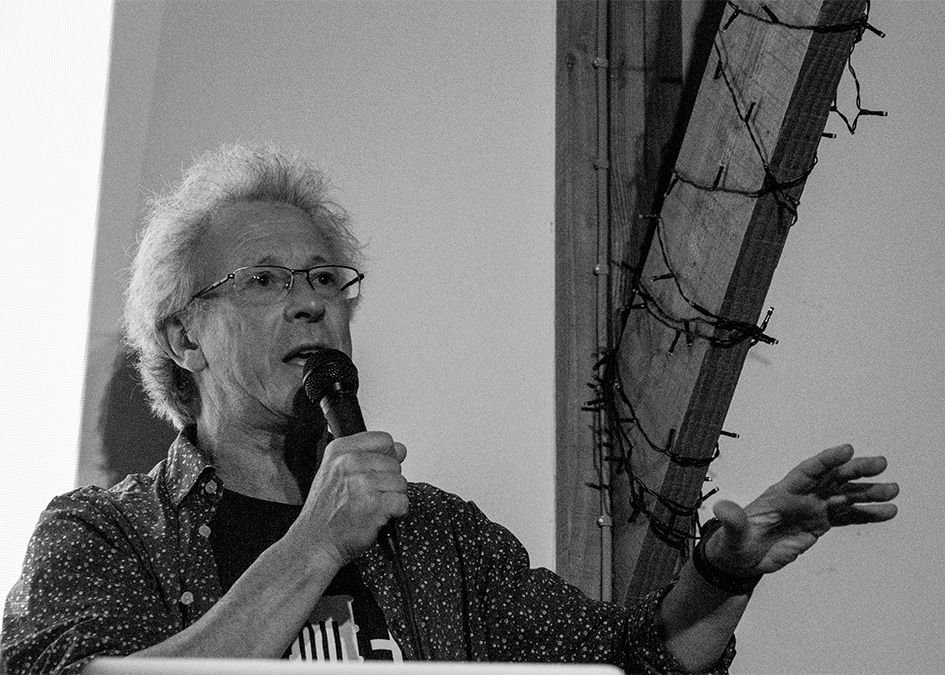 Chris Hines - As One Talks

Unfortunately, Sam’s talk was beset by technical issues with microphone interference and so the quality of the audio wasn’t good enough to be published. You can hear him talk at various upcoming events with our friends at Finisterre and elsewhere though, and we thoroughly recommend that should the opportunity arise to hear Sam or Chris present a talk in the future, you take it! 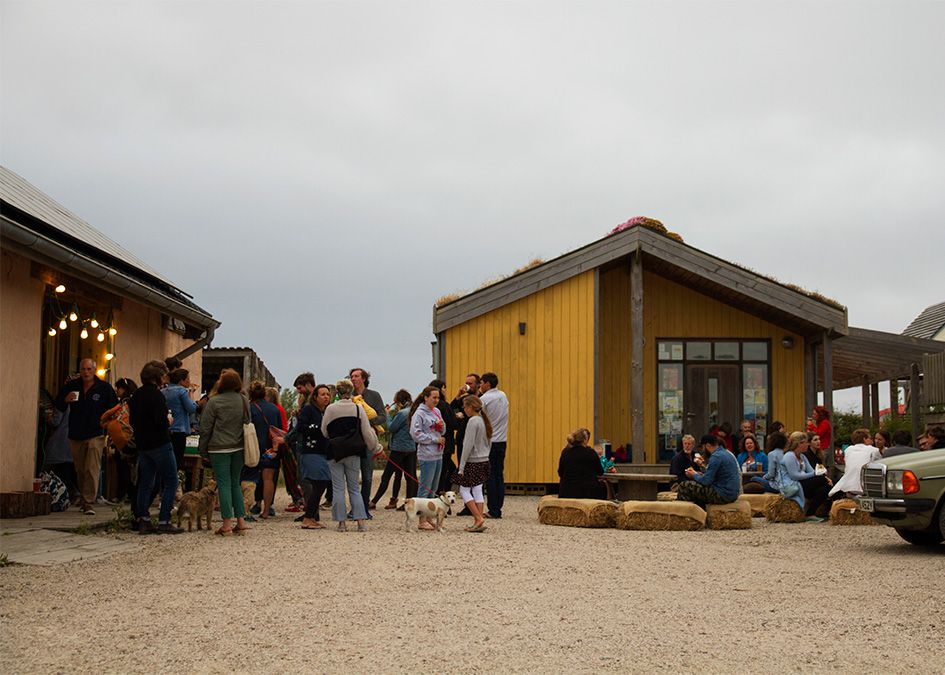 The heat wave had to end at some point, but it segued nicely into a dry (if a little cooler) evening for Boards, Bangers and Beers. 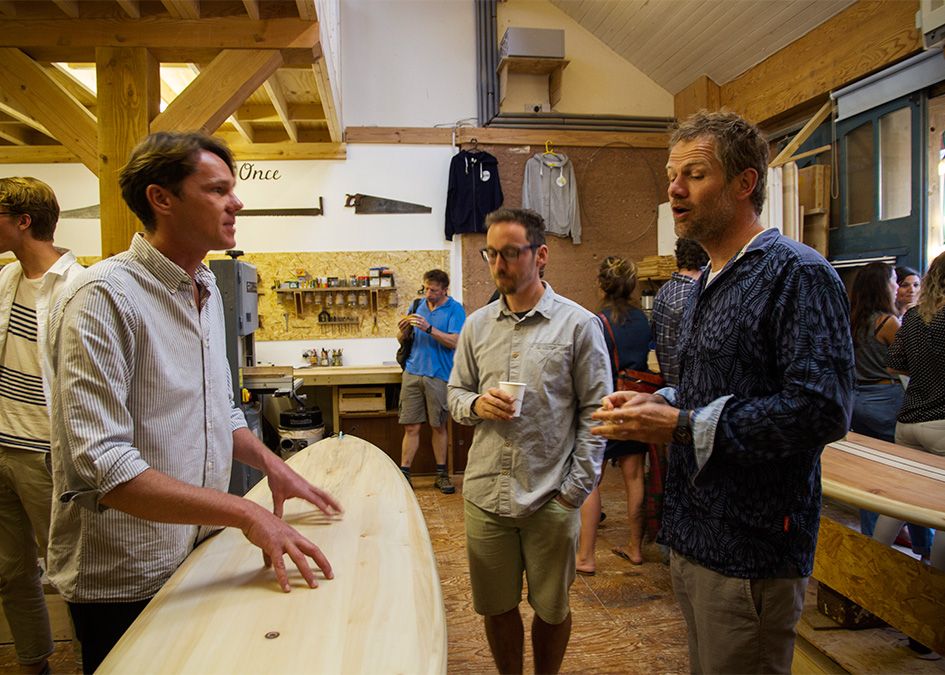 West Penwith surfers Sam Bleakley and Andy Harper admiring the poplar Coaster that Andy shaped with us earlier this year. 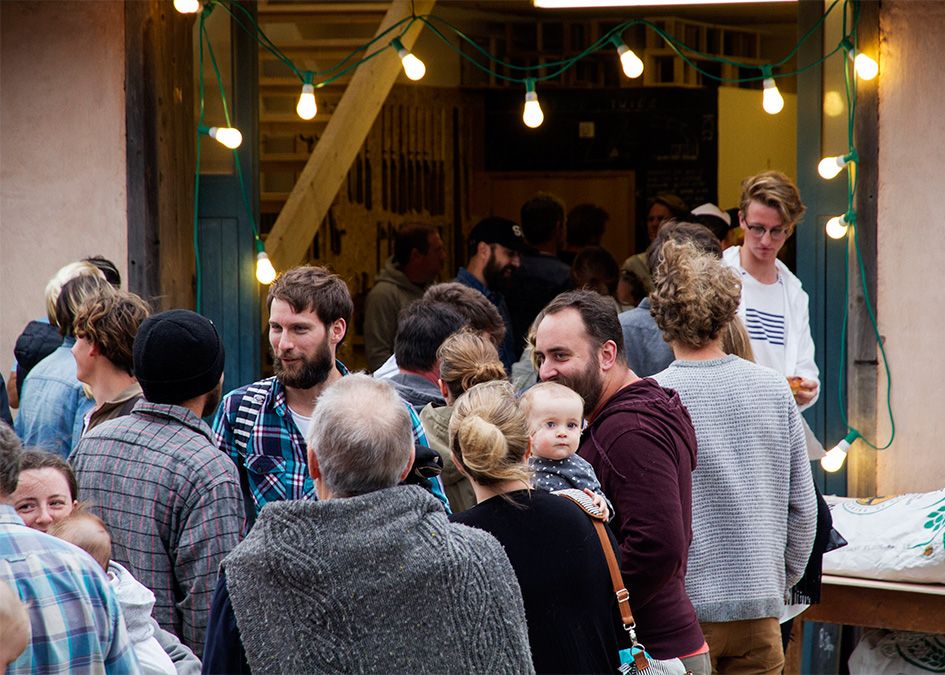 It was lovely looking out across the crowd and spotting so many friends and former workshoppers. 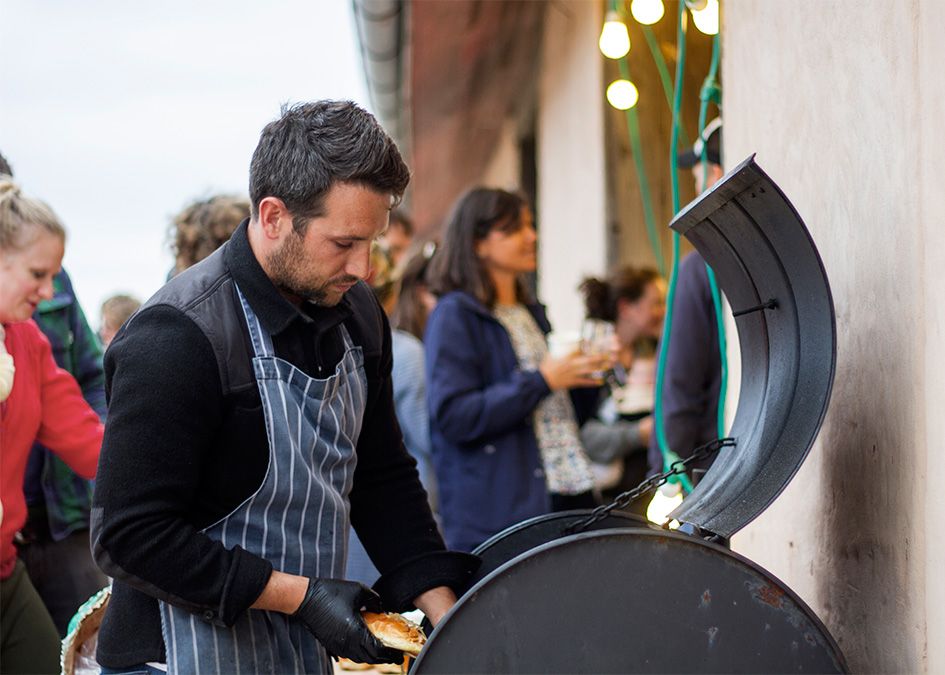 We were lucky enough to have the fantastic Ben Quinn of Woodfired Canteen manning the grills for us. He had a healthy queue for hotdogs most of the evening before totally selling out! Ben is in high demand as a chef, and we’re so grateful to him for coming to cook at our events in person. 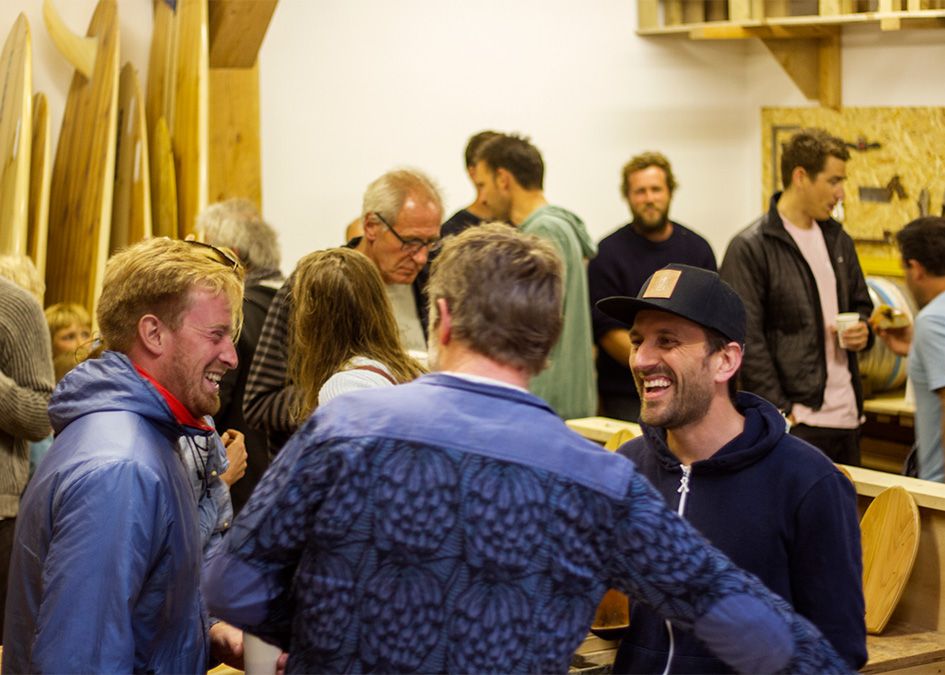 Jon, Andy and Jonny organised collecting their surfboards from our April workshop at Boards, Bangers and Beers, and it was so nice to see them hanging out, chatting and laughing over a few beers. They spent most of the weekend together and all went for a few surfs with each other, including the first surfs on their new boards. They sum up what is so special about our workshoppers. 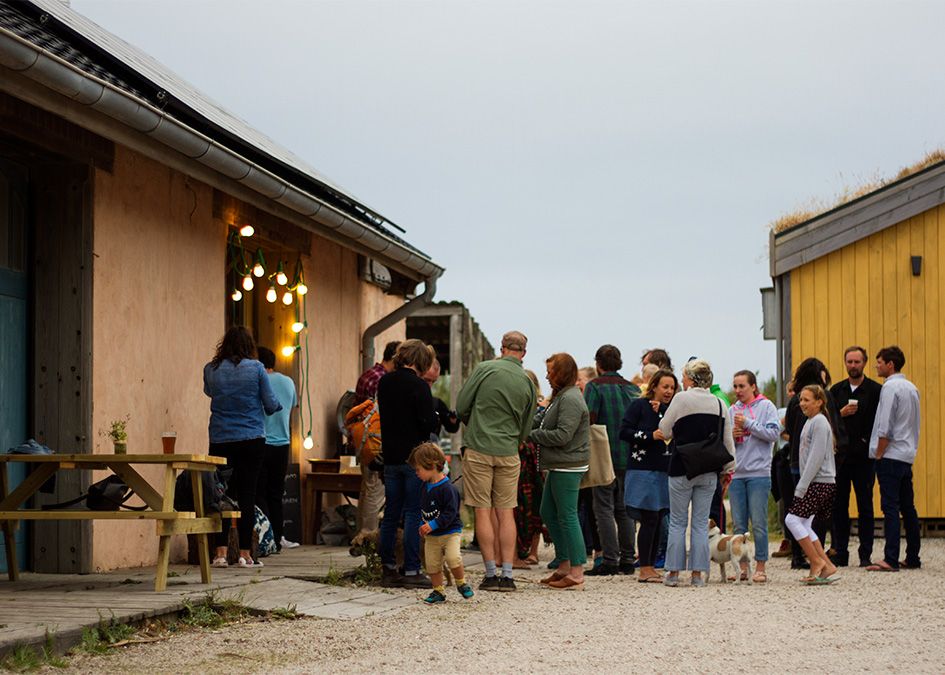 Friends, families, kids and dogs; it was humbling to see so many people join us for our open workshop evening, with both buildings full and people spilling out into the yard! 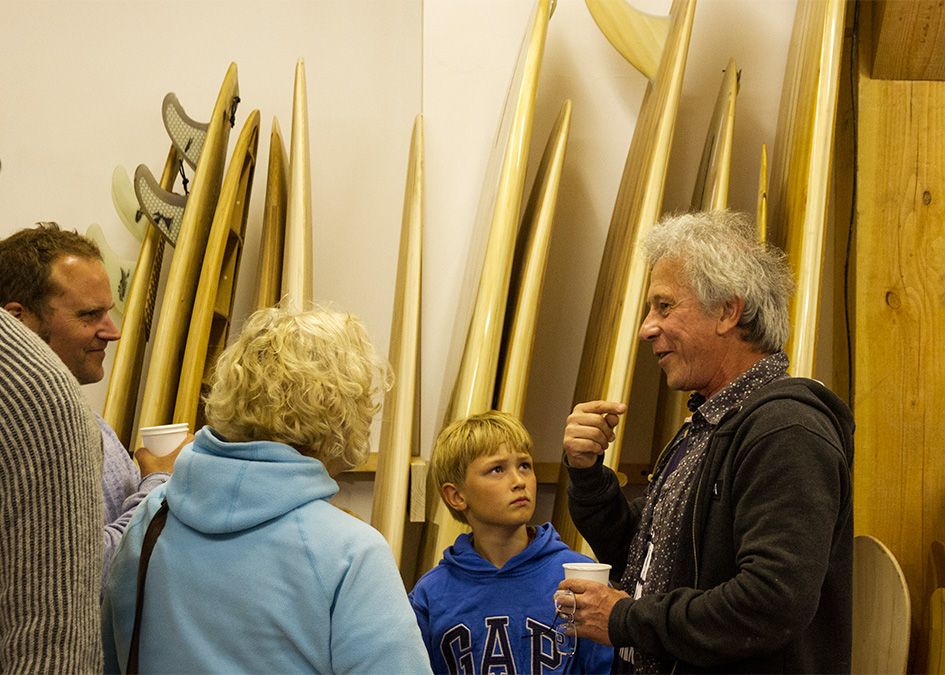 Chris Hines is engaging on and off stage – here chatting in front of the board rack. 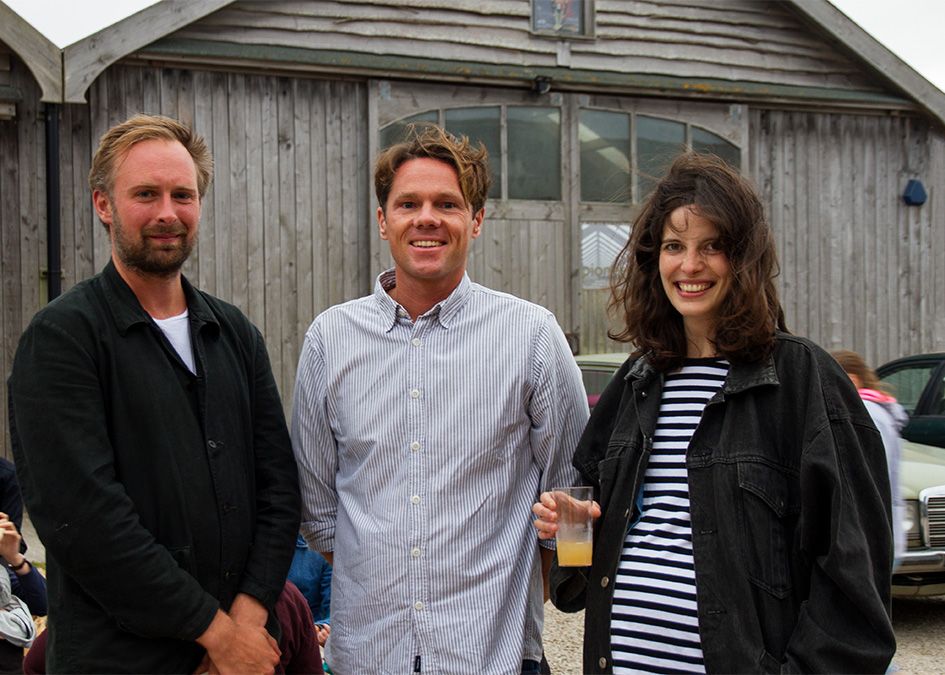 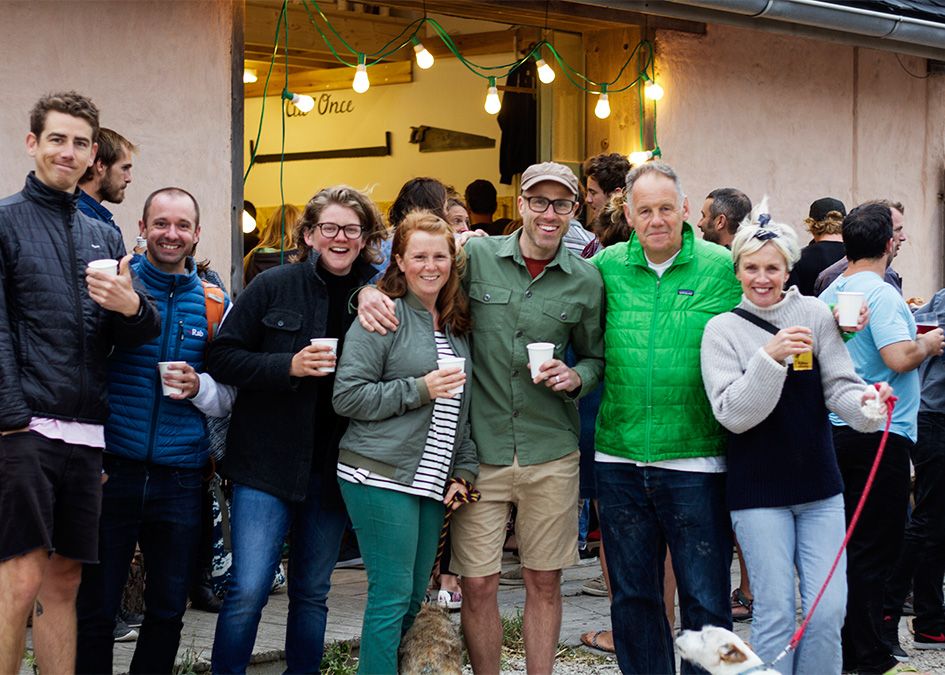 Some southwest creative heavywieghts, including illustrator Nathan Fletcher, Jen Shipley (Cut by Beam), Hannah and Justin of Solid Wool, and Mike Coulter (Do Side Projects Creative Director). It was so nice seeing so many incredible and inspirational makers and creators from our corner of the country getting together. 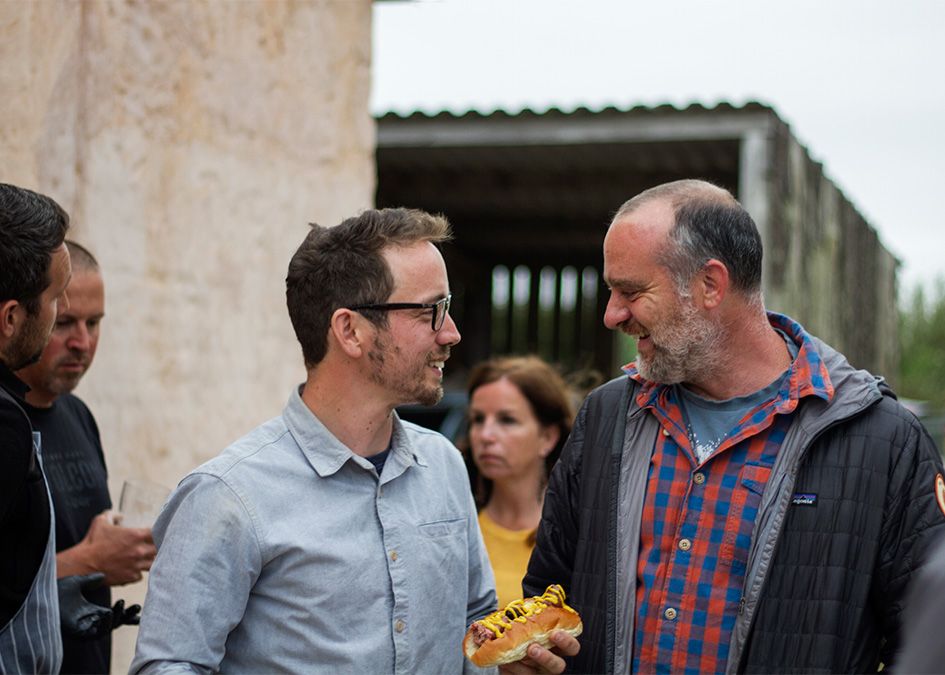 James and Pete from Surfer’s Against Sewage catching up. 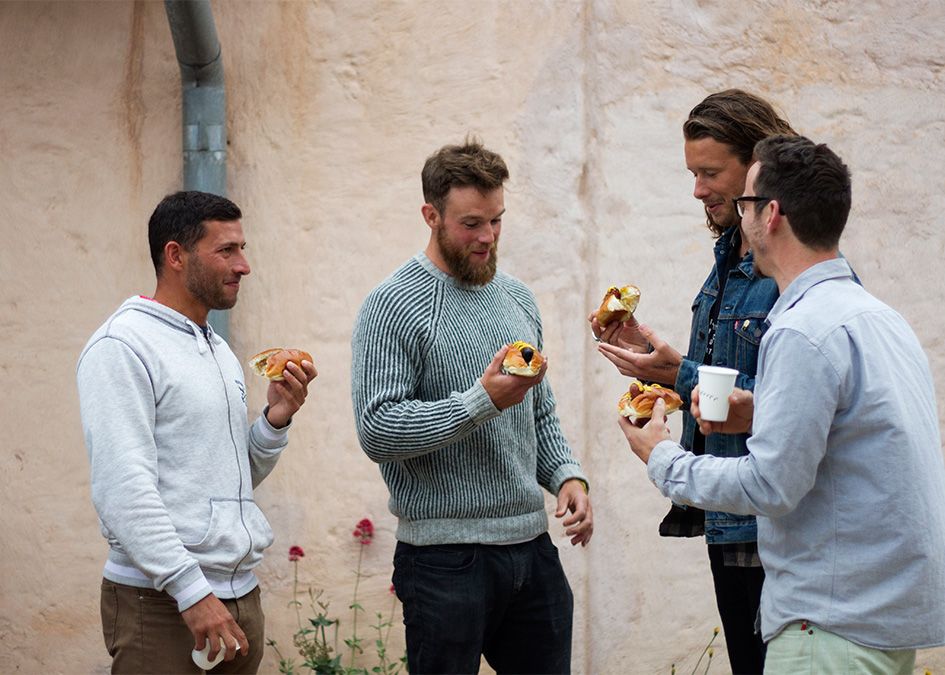 Keijo and Tim, who had just finished making their own wooden surfboards on a workshop week that evening, with James and our friend Lawrence from Finisterre. 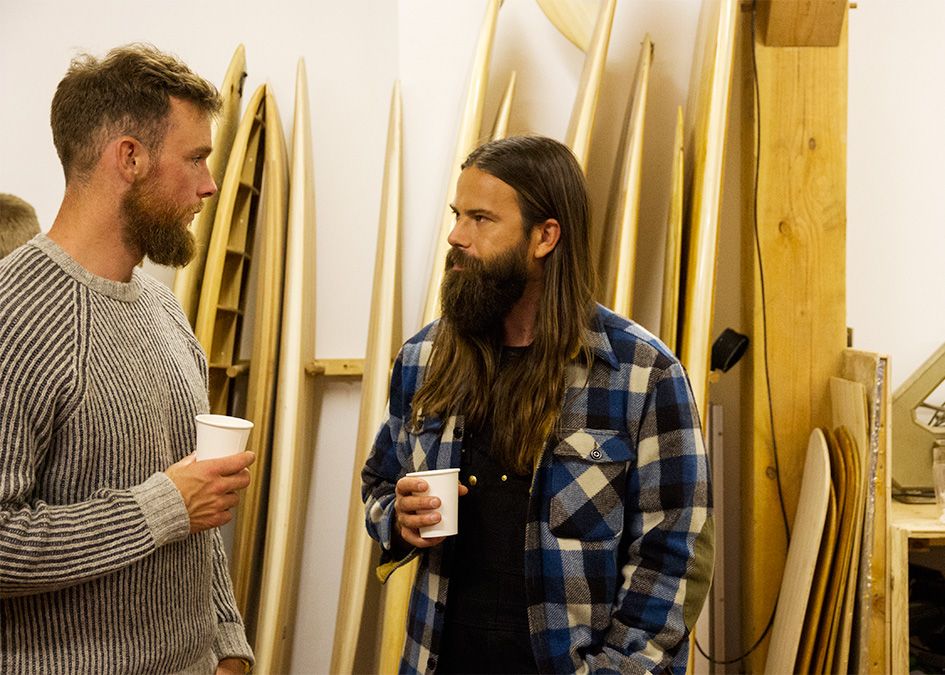 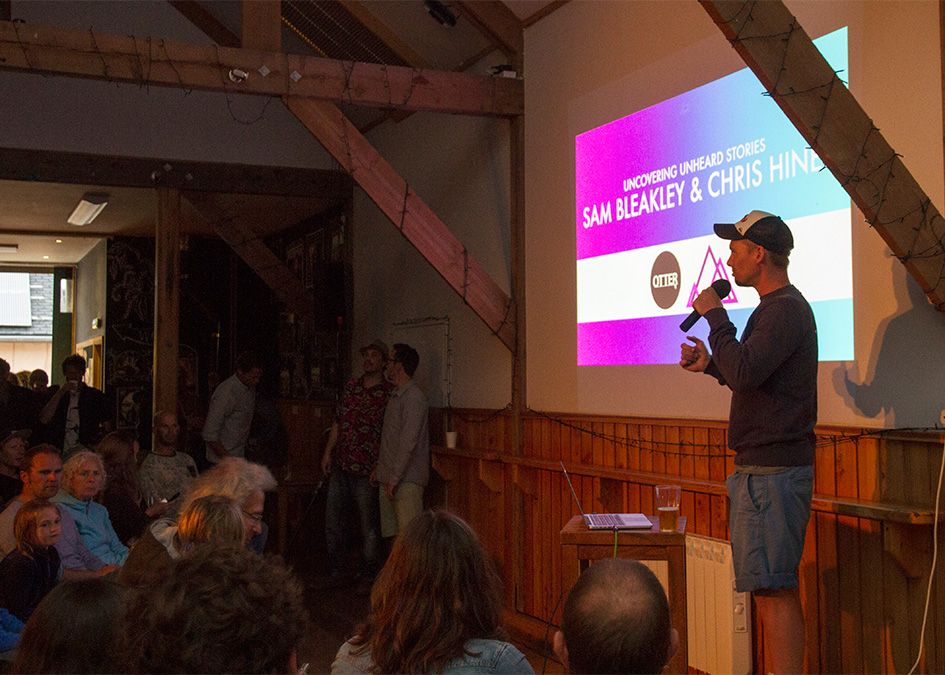 Alex, the ball of energy and enthusiasm behind As One, takes to the stage in a packed room to introduce Sam Bleakley and Chris Hines’ talks. 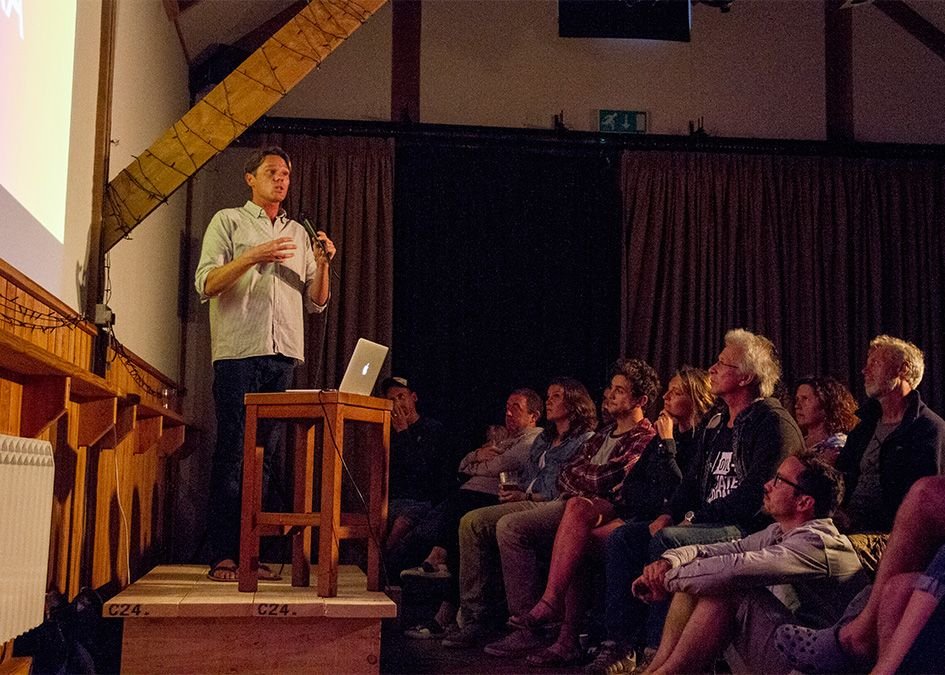 Sam is a man who wears many hats, and the story of his life built around surfing is an riveting one. 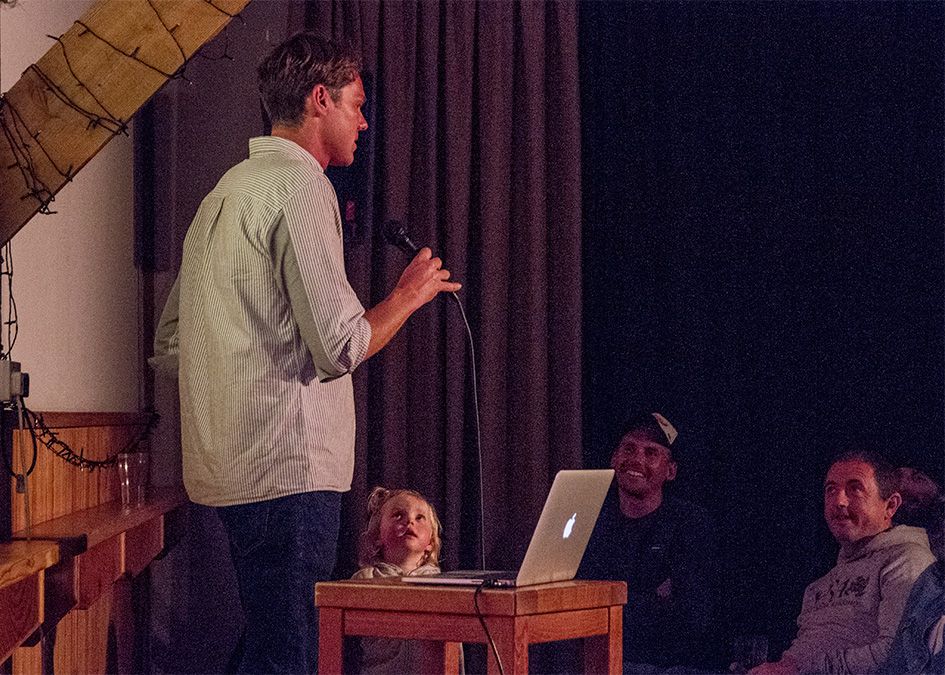 Sam was joined on stage during his Q&A by one of the youngest members of the audience.

Chris Hines: when he talks, we listen. Intelligent, articulate, and with a fierce sense of right and wrong, he has been on a lifelong difference to make a difference and we believe he does through delivering inspirational talks and asking tough questions. 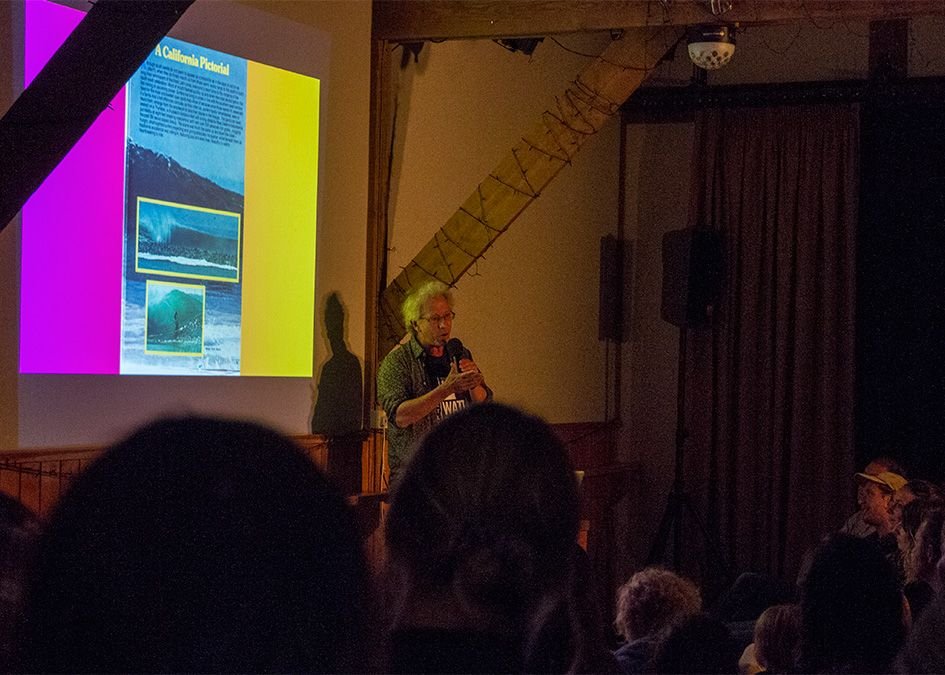 “I know that you can make a difference; challenging authority is good, and push it as hard as you can because we’ve only got one life. Damn well make it count.”

As One host monthly talks uncovering the unheard stories behind individuals who can inspire change, collaboration, and innovation. Check them out here.