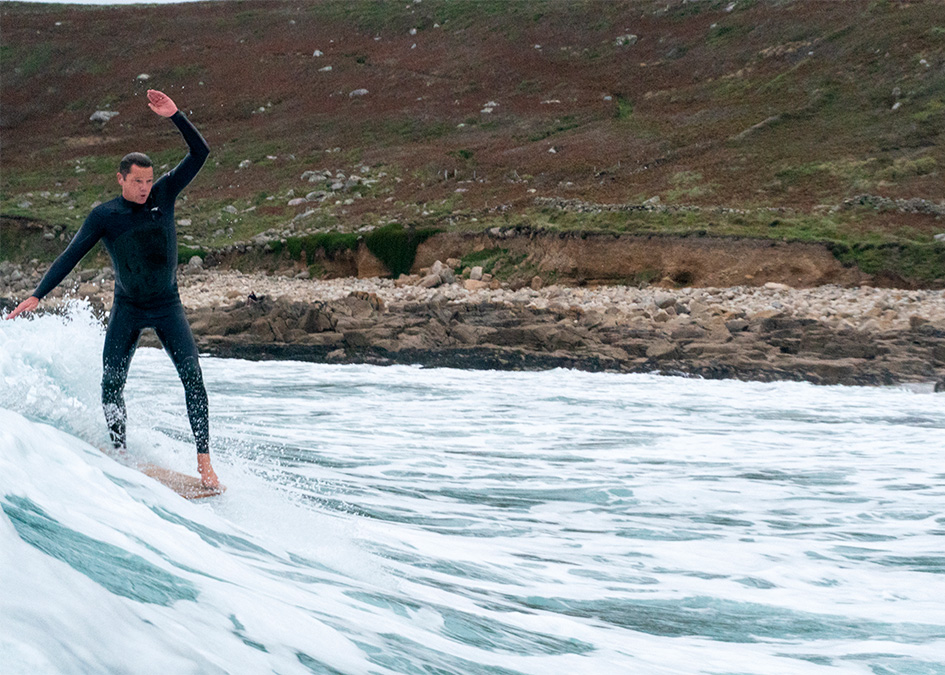 What makes a long board a longboard

​Until 1967, there was no such thing as a longboard. Then the shortboard revolution happened and all of a sudden what had previously been called “ a surfboard” became a longboard as surfing sub-divided. Fast-forward over a half a century and the taxonomy of surfboard shapes has increased even though surfboard dimensions remain within a relatively narrow range. However, the simplest classifications used are still so often “shortboard” and “longboard”. But, what makes a long board a longboard? Is it dimensions, or is the surfer’s approach to riding it? We sat down on the sand after a surf at Gwynver one September morning with multiple British and European longboard champion, author, filmmaker and WSL Longboard Tour commentator Sam Bleakley, to get his informed take on it. 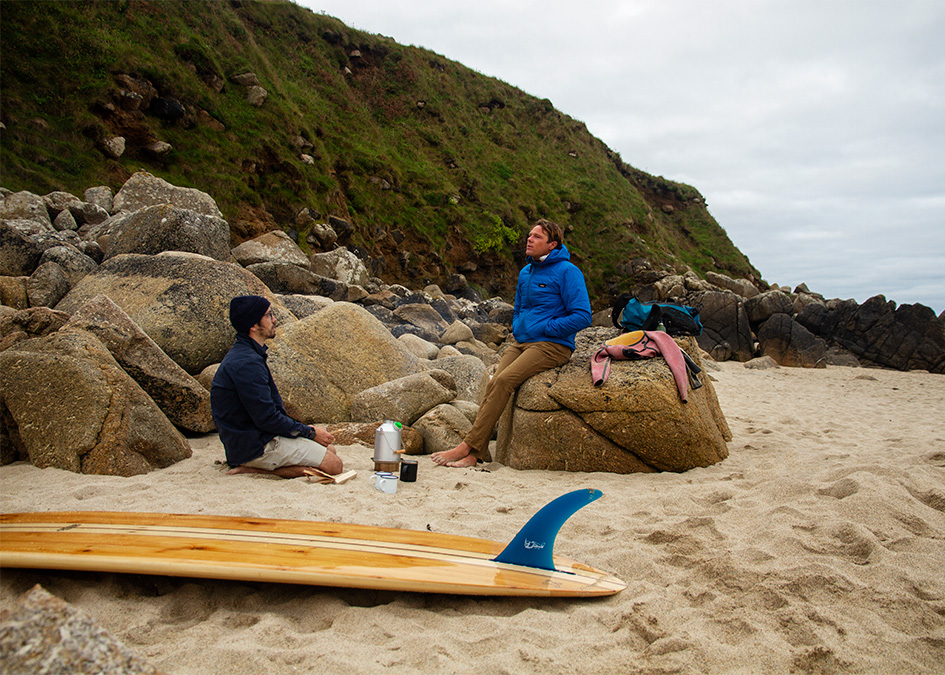 “Physically, scientifically, there comes a point where a board gets too short to allow the human body to noseride through steep sections. Generally, if you ride boards in the mid-8 range they do feel like they’re not quite long enough to hold on the nose. So once a board get’s into the 8’11”-9′ and bigger you suddenly feel that there’s enough length to allow the rails and the tail and the fin and the hydrodynamics to lock, and allow the weight of a human adult to hang five or hang ten.”

“I think that has led to the parameters of competition longboarding. Through the longboard renaissance in the late 80s people like Nat Young, who pioneered that period, recognised that 9 foot was a cut-off point that facilitated noseriding. I think though that these days it’s wonderful to see such a variety of approaches. It’s a bit like culture; we’ve always mixed and engaged and a lot of the narrative of separating things are much more driven by the media and people’s hot-headed reactions but actually if you look at surfing now, you’ll see people riding boards in so many different ways.” 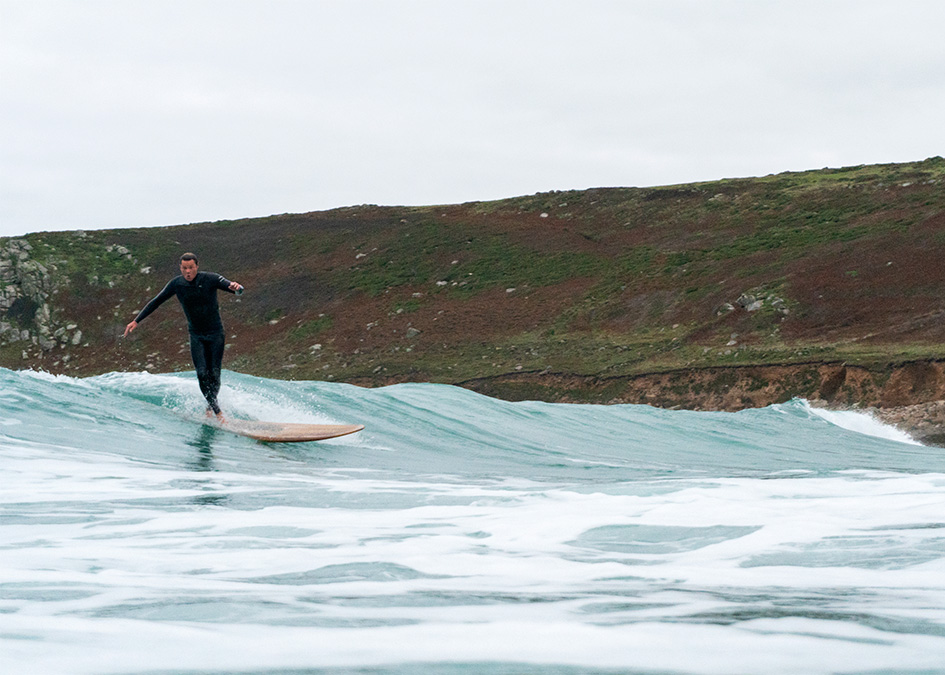 “If I think of the type of surfing that I find beautiful, for me when a board is bigger it allows a kind of minimalism that I think is unique, and that’s what drew me to riding bigger boards. I had enjoyed shortboarding as a child because it was all that was available, but I had a cultural appreciation for the beauty of longboarding through a dad who surfed in the sixties. We had videotapes of longboard films and I used to love watching Billy Hamilton surf in Big Wednesday, I just thought that was the coolest thing.” 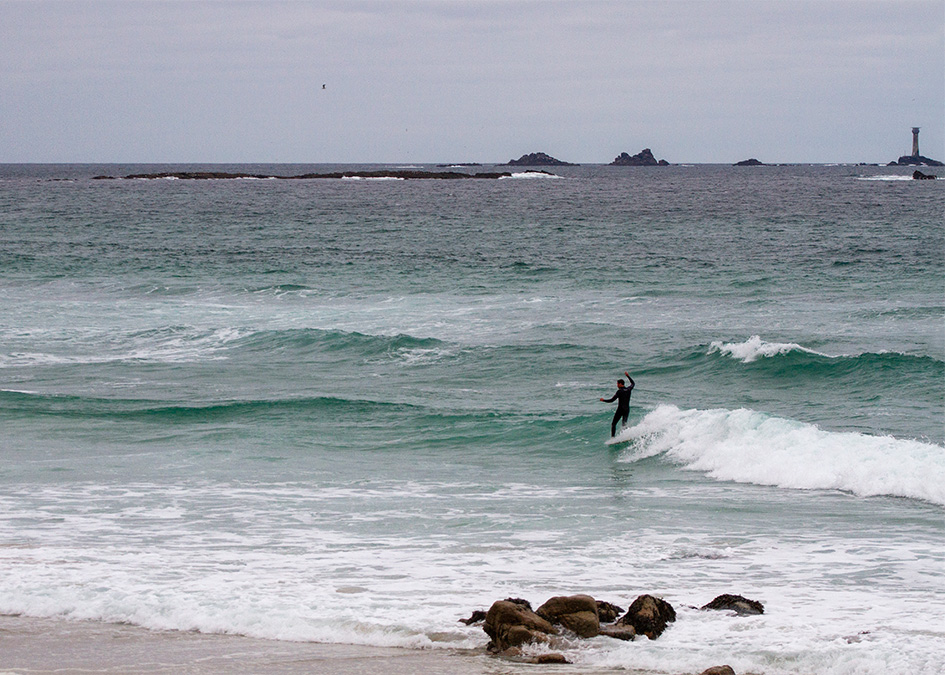 “When I was young I was quite tall and lanky and at a certain point I suddenly realised that there was a certain flow and grace that more rail and curve and length allowed. Then on smaller days I started to really get into riding an old 1965 Bilbo that had been given to us by a friend. I naturally cross-stepped on it… I wasn’t yet riding the nose, but just from visually absorbing so much footage of Miki Dora and Lance Carson and Billy Hamilton and David Nuuhiwa, I just thought that was how you moved up and down, and it also kept the board in trim. Then in the early 90s when the momentum generation were riding toothpick shortboards there was also the likes of Wingnut and Joel Tudor leading the longboard renaissance and making young people like me aware that there were young people in the rest of the world longboarding, and making it look brilliant.” 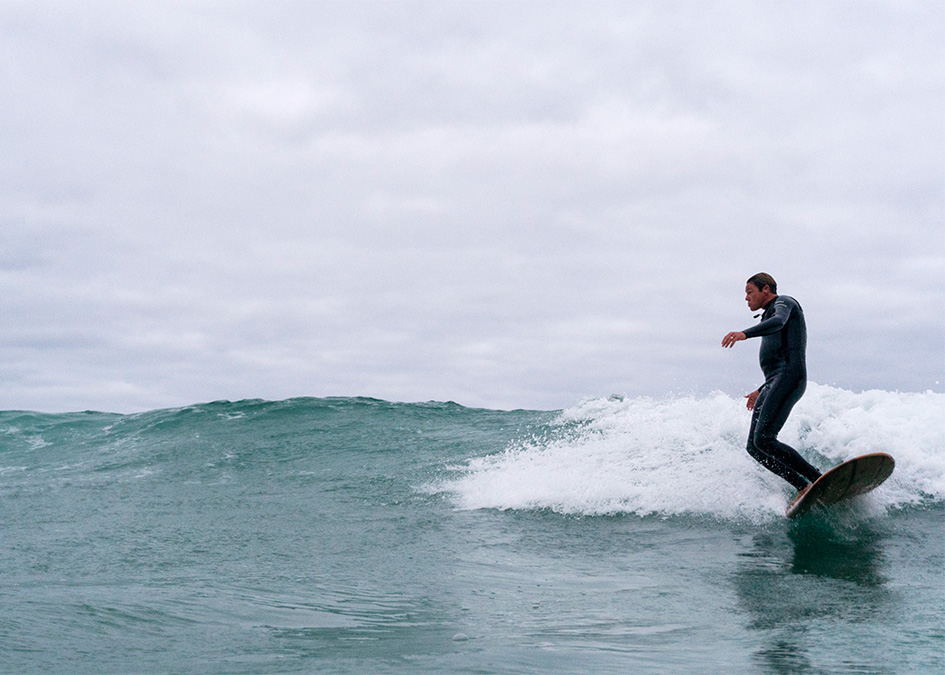 “I’m celebratory of all approaches, if people have got that flow and that rhythm. I’ve seen that across the spectrum from beautiful power-logging like Tyler Hatzikian and Devon Howard who are powerful and have great flow and presence and pocket positioning, to the classic logging of Justin Quintal (which is also quite powerful), to the feminine logging which is incredible, by the likes of Belinda Baggs, Kassia Meador and all the young surfers like Haley Otto and Kelis Kaleopa’a. But I’ve also always enjoyed powerful longboarders like Taylor Jensen, Harley Inglebey, and Ben Skinner, because they’re very good all-rounders who are comfortable on all boards and I really respect them and appreciate their love of surfing. So I don’t get involved in the kind of juxtapositions of approaches, but I do believe that competitively it’s exciting at the moment to take longboarding in the direction of where it might have been if shortboards hadn’t taken over in the late sixties. That still involves rail-work and power, but it also involves the use of the whole board – the trim and the flow.” 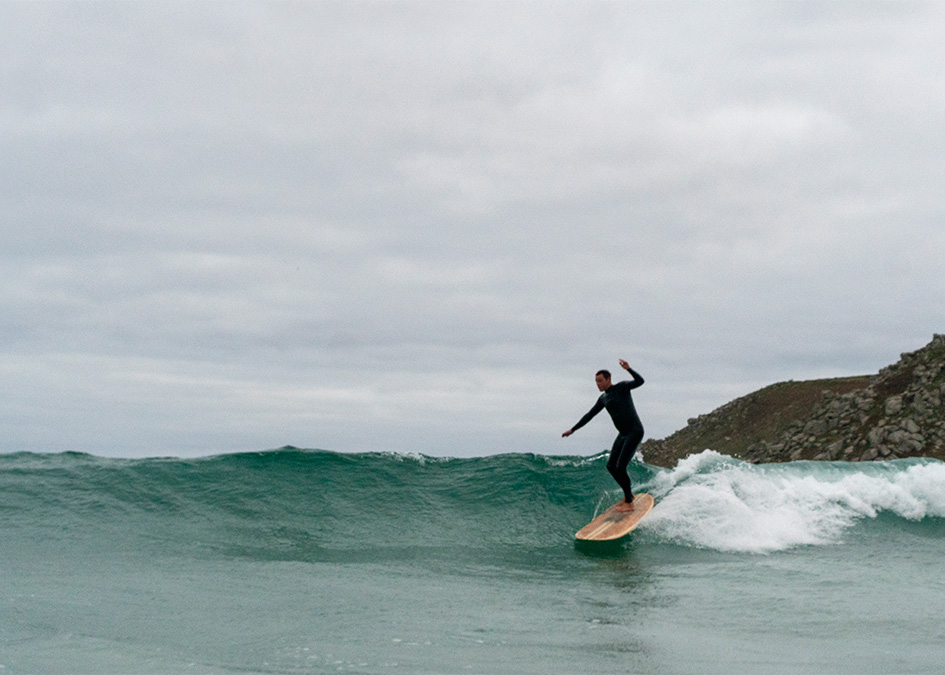 “For me the fundamentals is the footwork. A good longboarder has good footwork. It might not be the trickery on the nose – I think that’s beautiful and interesting but it’s a bit like the trickery of an aerial which is great and interesting and has wow factor, but it’s the nuances that I love. I like it when I recognise a little bit of weight adjustment in trim, and it might just be one step or a little shift, and women do that really beautifully and you see it more because of the shape of the hips and that is a great thing to celebrate. It’s hard to reward that in competition, but competition is just a small element of surf culture. Most of surf culture is wave riding and people have their own routines and it fits into that.”

“There’s a simplicity to surfing that I love. I love it when people surf cleanly and don’t overwork it. I think that I’m learning more about that type of surfing as I get older, which is nice. I feel as if I surf better on all boards now than I’ve ever surfed because of a maturity and awareness of the value of not overworking the moment, and letting the wave be the moment.” 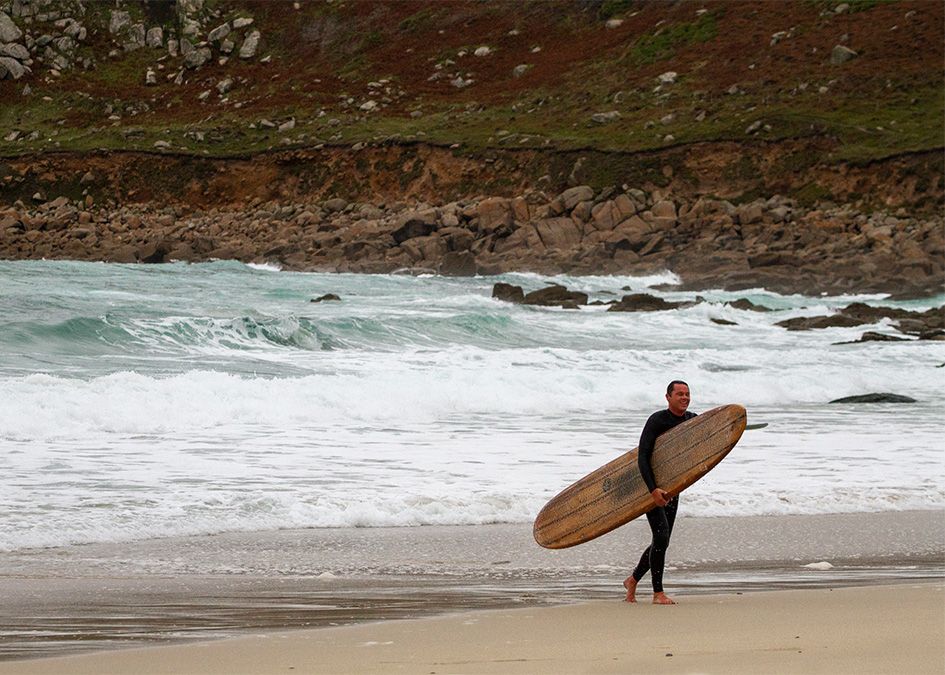