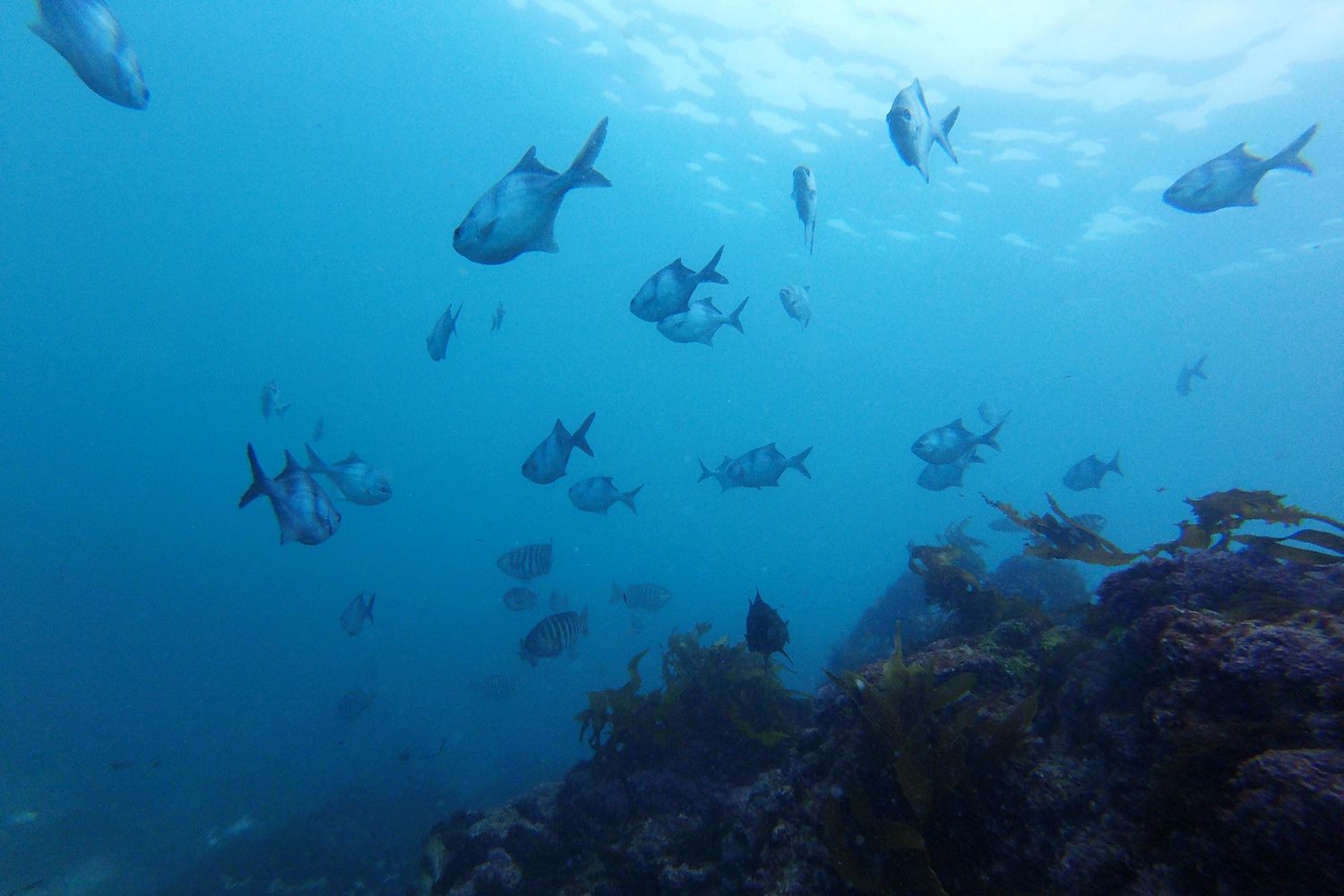 Chris And The Fish

​Finding Bodysurfing Inspiration from what Swims Beneath 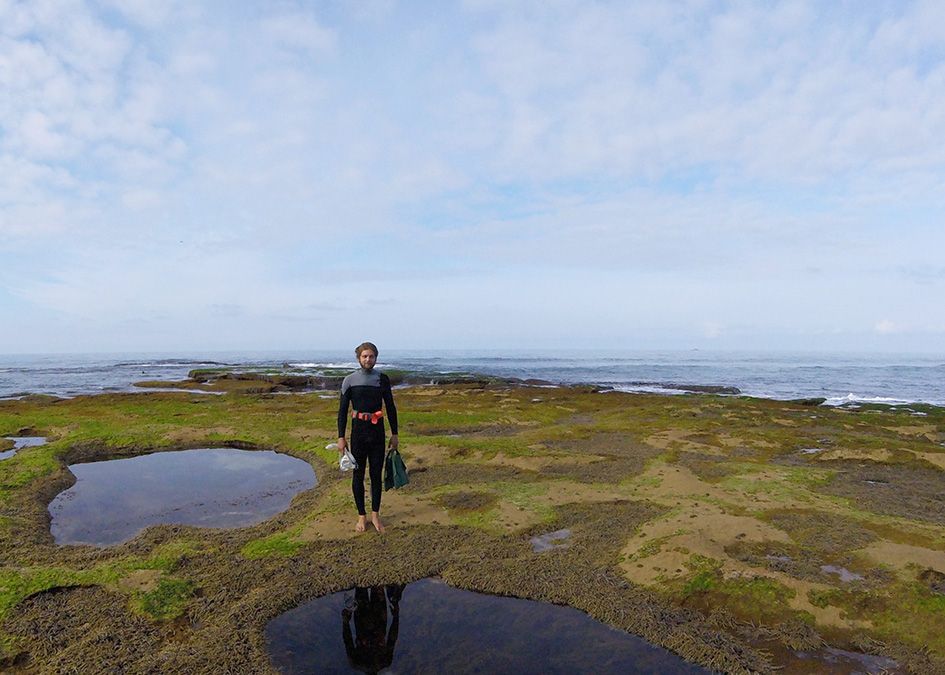 Our Chris spends a lot of time in the sea. If there are waves then he’ll surf or bodysurf, and if there aren’t and the weather’s nice then he’ll head off for a swim or go spearfishing in his lunch break or after work. He has a real fascination for the marine life that calls the nearshore zone home; the fish that are frequently seen when swimming or diving along the Cornish coast. As a personal side project (Chris keeps several on the boil outside of the workshop here), every now and then he will take away an R&D handplane that we’ve made (perhaps to test a new shape or wood lay-up) and burn a sketch of one of these common fish onto the bottom of it using a pyrography pen. It’s his way of acknowledging that whist he’s enjoying the waves above, there are plenty of these fish swimming around on the reefs and between the weeds just below him, as well as serving as a creative outlet for him. 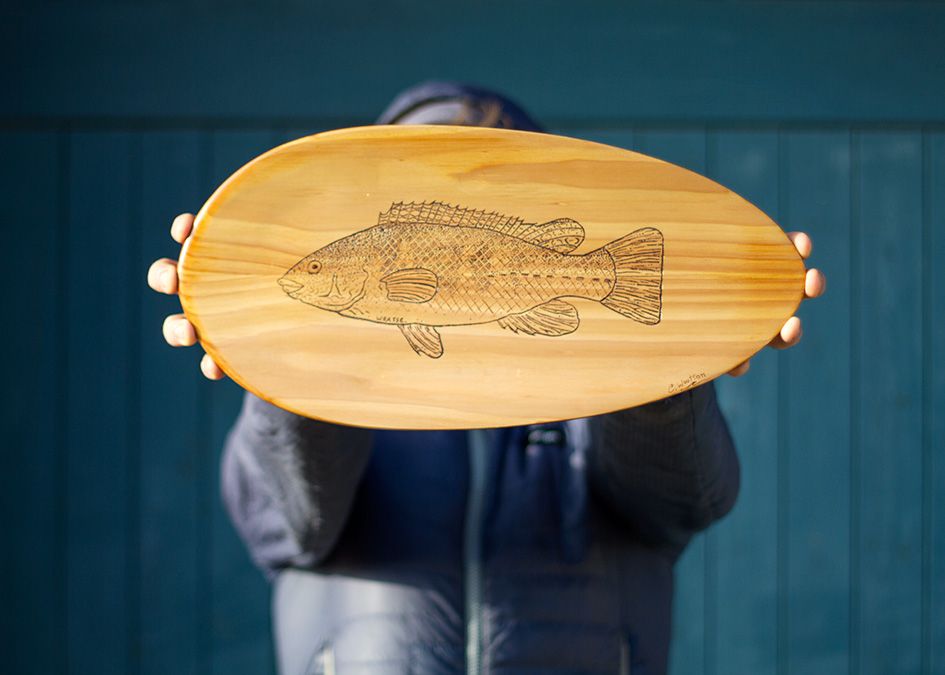 There are over 600 species of wrasse found in oceans around the world. Two species are particularly common in British waters: Ballan wrasse and the extremely colourful Cuckoo wrasse. All species of wrasse live in shallow waters, preferring rocky areas (ideally with a lot of seaweed cover) where they can feed on shellfish and crustaceans. Ballan wrasse are the largest and most commonly seen wrasse around the British coastline, ranging in colour from reddy brown through to dark green and growing up to almost three feet in length. They don’t have a reputation as being good to eat and are not particularly good sport for spear fishermen, being far slower and less elusive than the sea bass who frequently share their habitat. 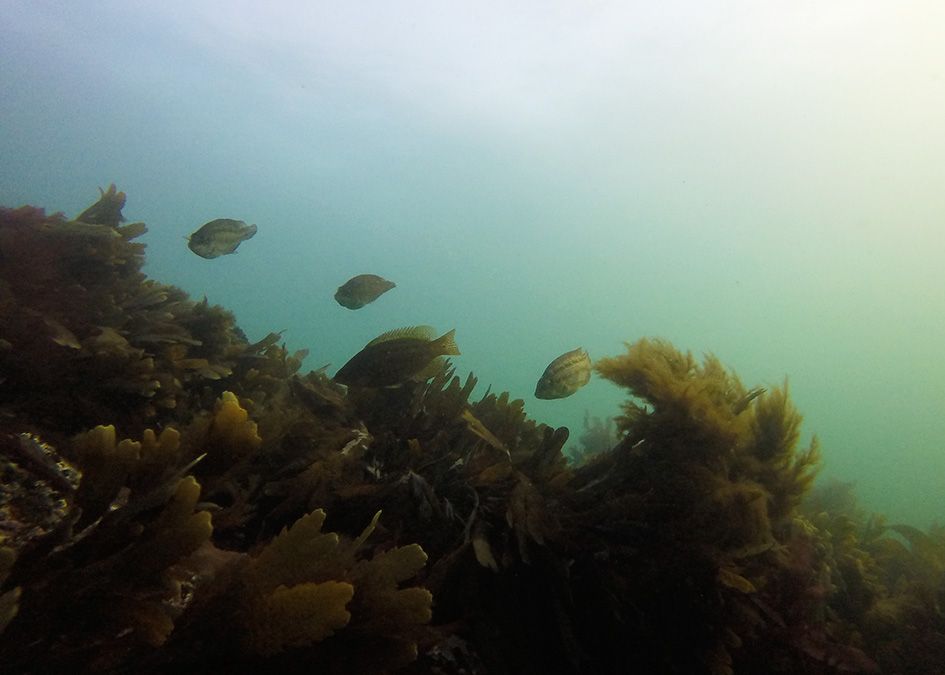 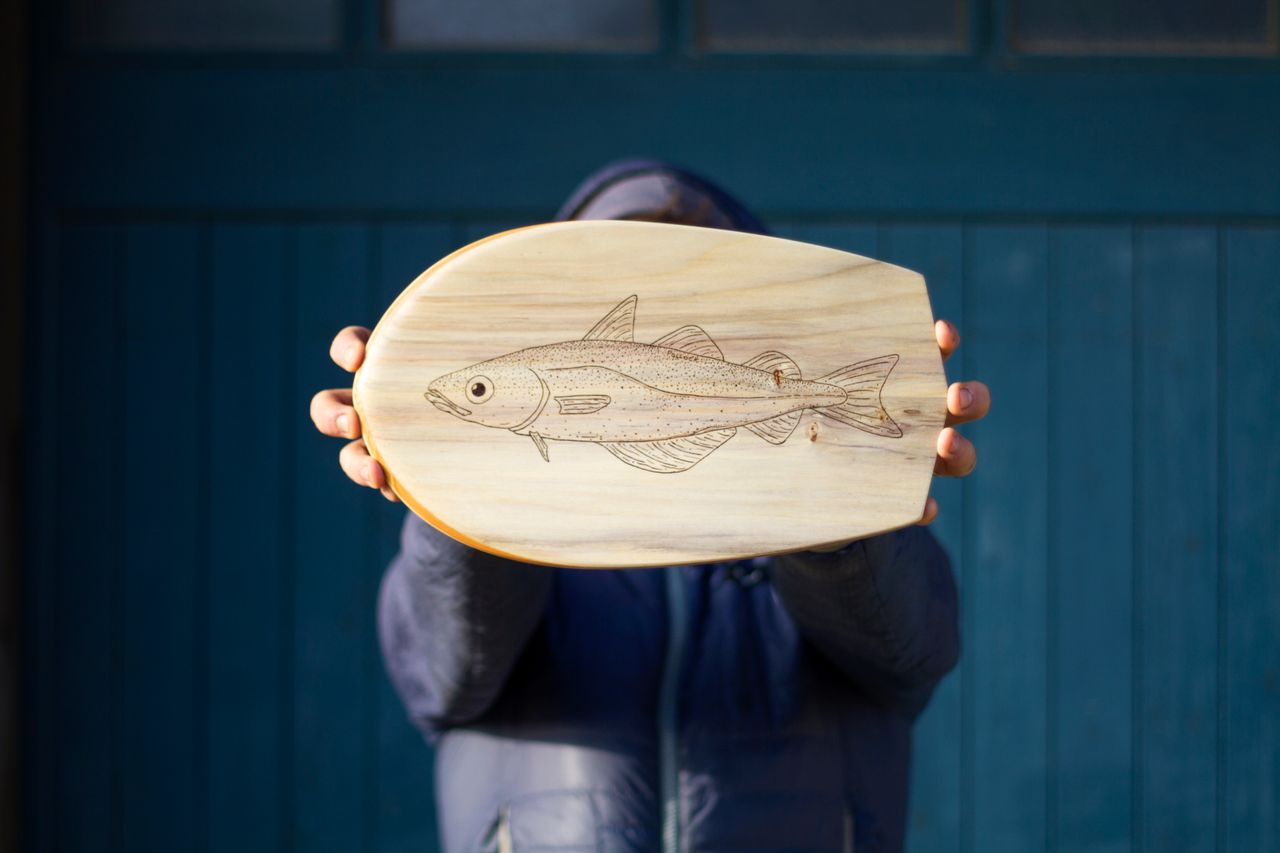 Pollock are a fairly large fish that are a member of the cod family, found all around the UK and Ireland. They prey on other smaller fish (such as sprats and sand eels), hunting at any depth and even on the seabed where they search out flatfish and small crustaceans. In shallow coastal waters it is common to find loose shoals of younger, smaller pollock during the summer months, whilst larger specimens tend to hunt around rocky areas in deeper water. Brown to greenish grey in colour, they have large eyes for spotting prey and a large mouth with a protruding lower jaw. 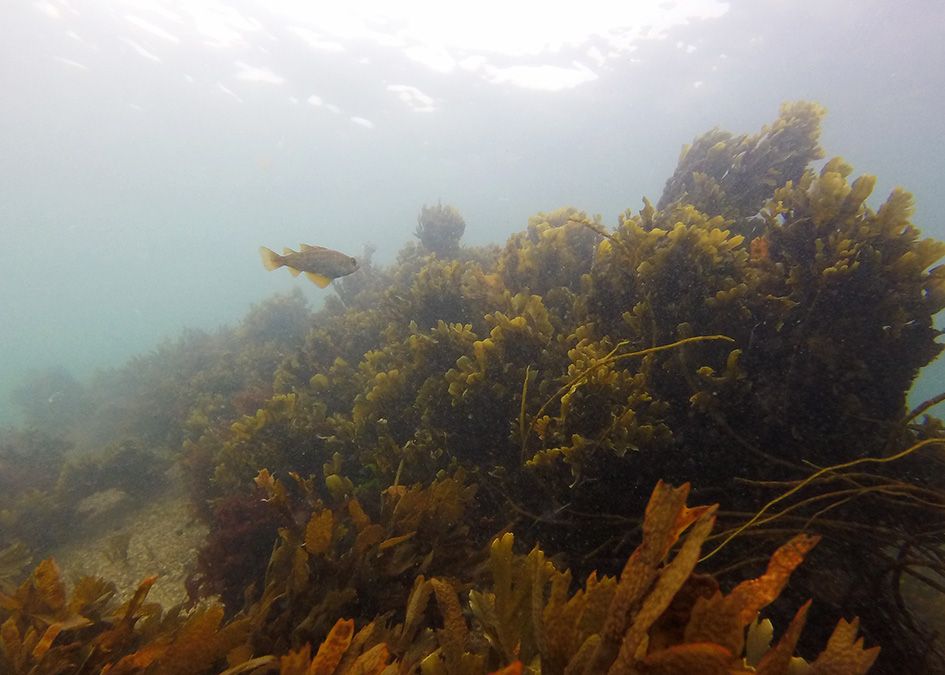 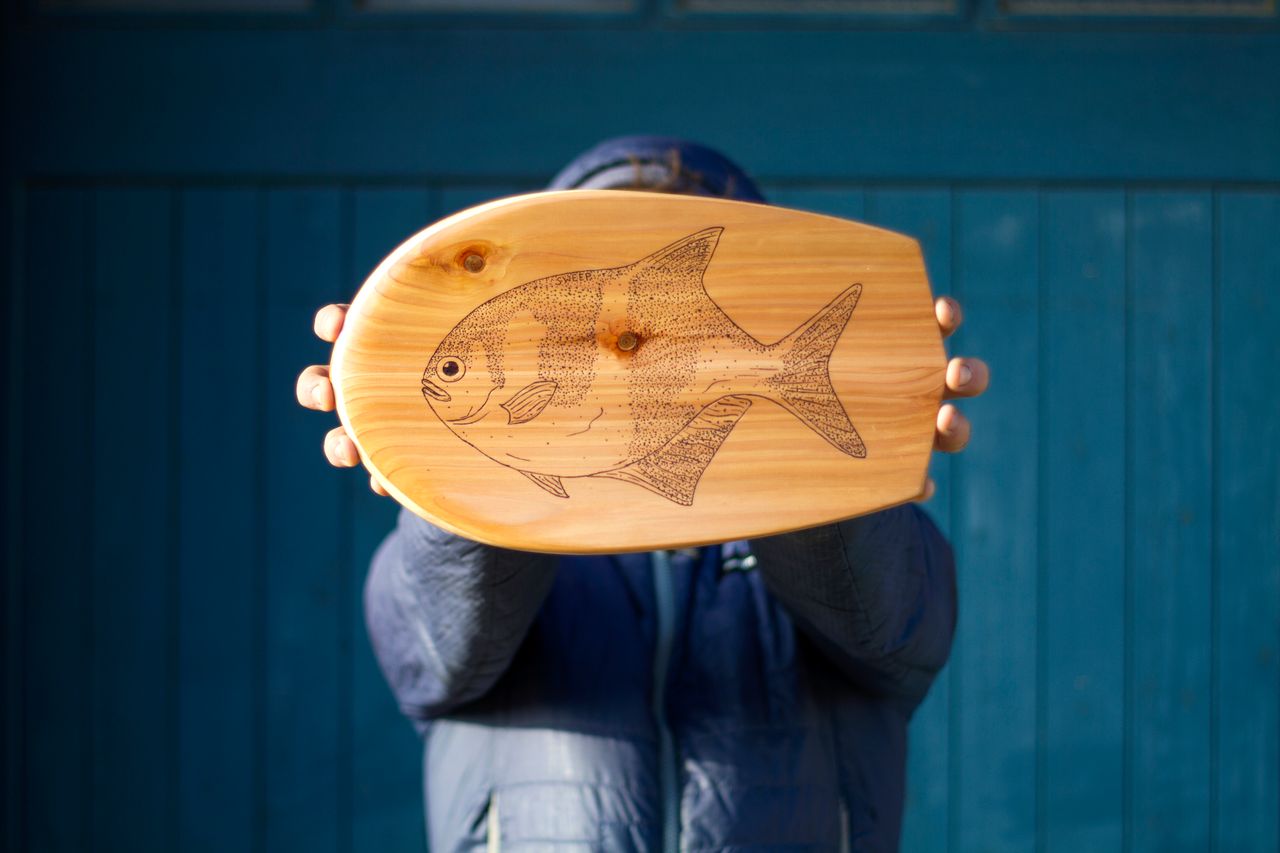 Occurring in the temperate waters of Eastern Australia and New Zealand, from southern Queensland down to Central Victoria and around the coast of Tasmania, Silver Sweep are a small fish common to shallow reefs. Rarely larger than 35cm long, they are a slim but deep bodied fish, greyish on the upper half and silver-grey on their underside. Chris decorated a handplane with a Silver Sweep as a gift for the friend whom he stayed with on a recent visit to Australia, as these are the most common fish they spotted when swimming and diving off the beach at the end of the road that his friend lives on. 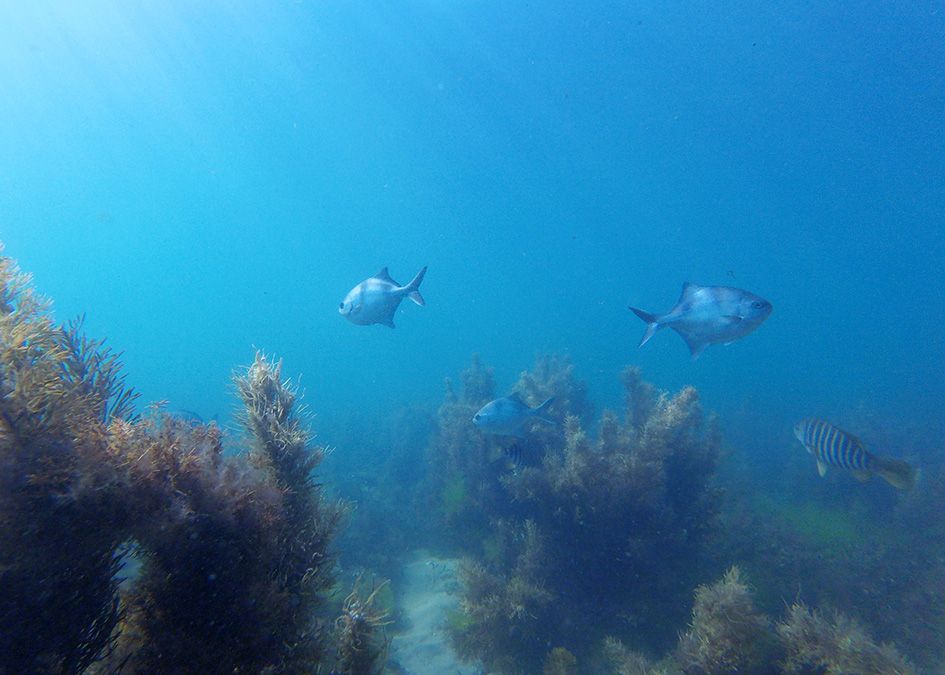