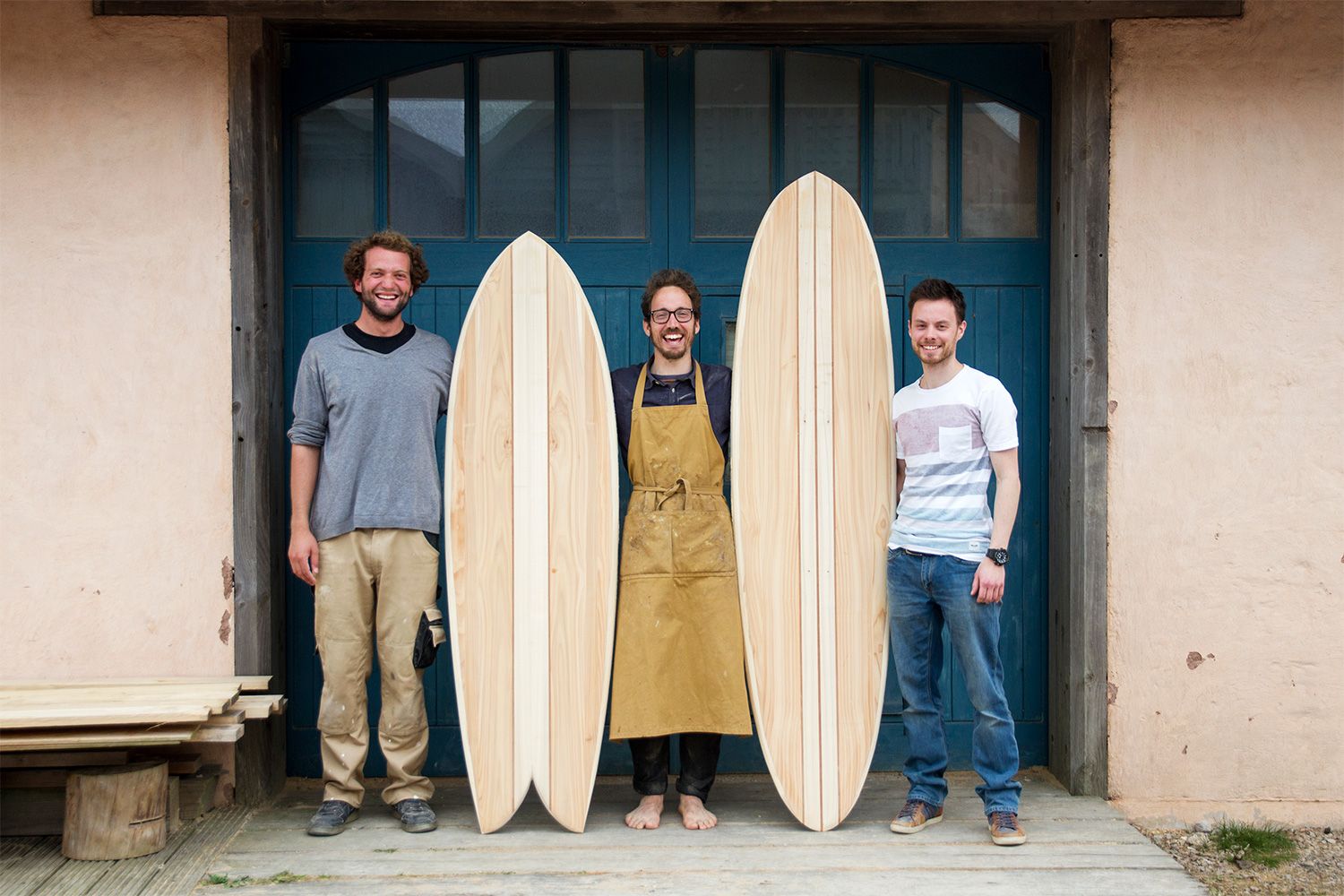 Sometimes, and completely coincidentally, we have an “International Week” here at the workshop when all of the participants on a wooden surfboard course have travelled to join us from outside of the UK. This was the case a couple of weeks ago, when we hosted Lukas from Switzerland and Sebastien, who had made the short hop over the channel from Brittany in northwest France, for a week of making. 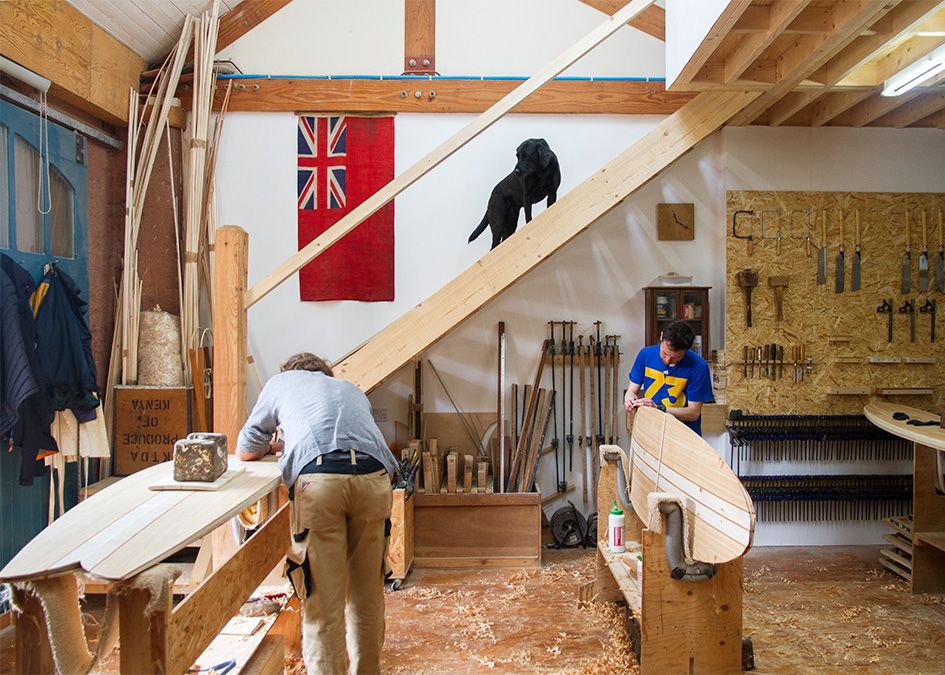 Interestingly, on this course both Lukas and Sebastien had selected the wooden surfboard model that they were going to make based upon multiple factors; it wasn’t as simple as picking the surfboard closest to their “regular” surfboard dimensions or to fill a gap in their quiver. Also of note was the fact that both of them had made their own wooden surfboard in the past, from scratch and under their own steam, which is very impressive. Any of you reading this who have attended one of our courses can probably imagine how difficult it’d be trying to create and assemble all of a wooden surfboard’s component parts neatly and accurately in your garage or shed. We were relieved that their first experience hadn’t put them off, and honoured that they’d opted to come to Cornwall for a week to have a second try with our guidance. 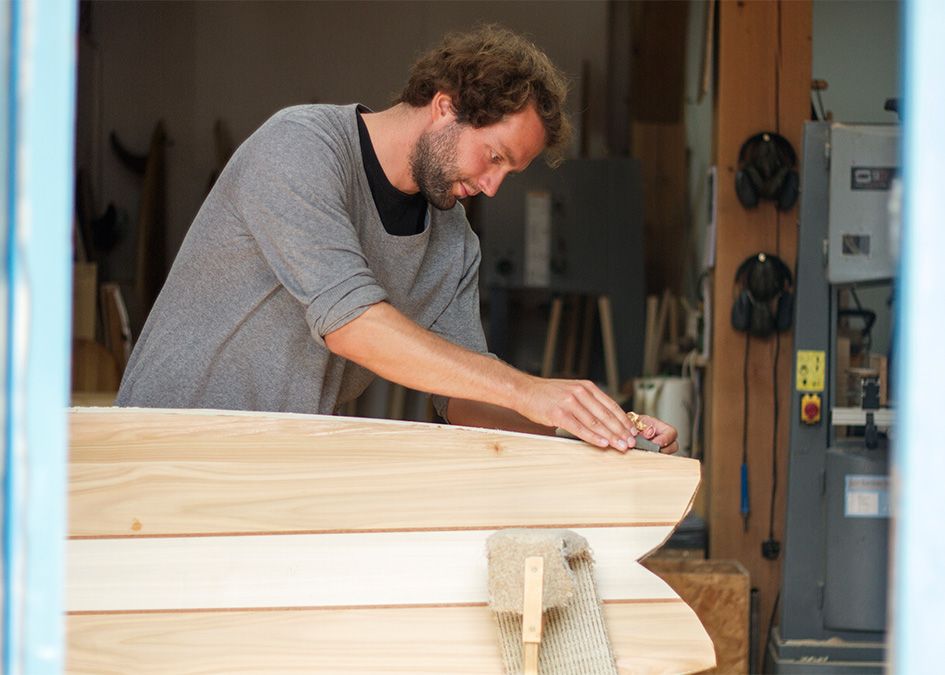 Lukas shaped himself a 6’4” Woodburner fish. As a fairly tall and broad shouldered chap he wanted a fast and manoeuvrable board that would nonetheless float him and paddle well. One of his main reasons for choosing the Woodburner though was that it’s short enough to slide into the front of his car so that he can drive westwards across Europe and surf the waves of southwest France without having to worry about strapping it to roof bars. It may not seem like a big consideration, but if you’ve got to drive ten hours across two countries to catch a wave (or take your surfboard on a plane), being able to pack it in rather than on the car is a big plus. 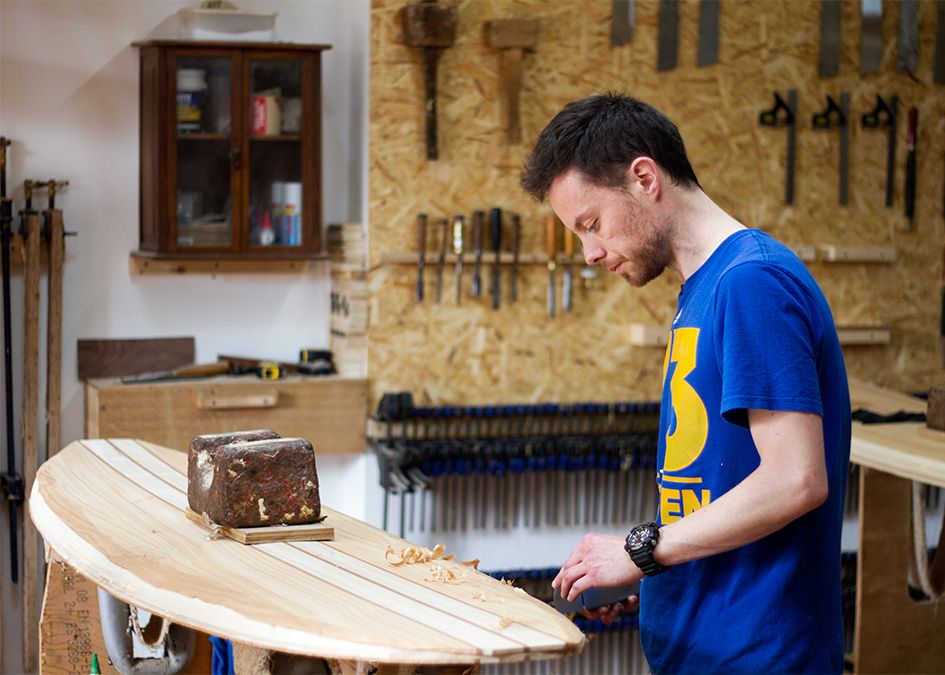 Sebastien’s choice of surfboard was informed by where he lives, near Brittany’s north coast. Much like a mirror image of Cornwall (but a little more crenulated on the west coast), the channel coast gets occasional waves but to really enjoy it one must be adaptable; this stretch of coast breeds water-men and women for that very reason. Sebastien wanted a board that he could surf at the breaks around La Torche on the west coast, but one that he could also use for strapless kite-surfing a little closer to home. He opted for a 6’10” Jetty and his further choices surrounding tail template and fin options were largely determined by how he’d like to use it as a surfboard; you’ll see from the top image that his surfboard’s is pulled into a very slight point, but overall he was happy to have a surfboard that he could also use for strapless kite-surfing rather than having a board with too many compromises.

It was a pleasure having Lukas and Sebastien with us for the week, and it’s exciting to think that this summer there will be a couple more of our wooden surfboards riding waves on the west coast of France. ​ 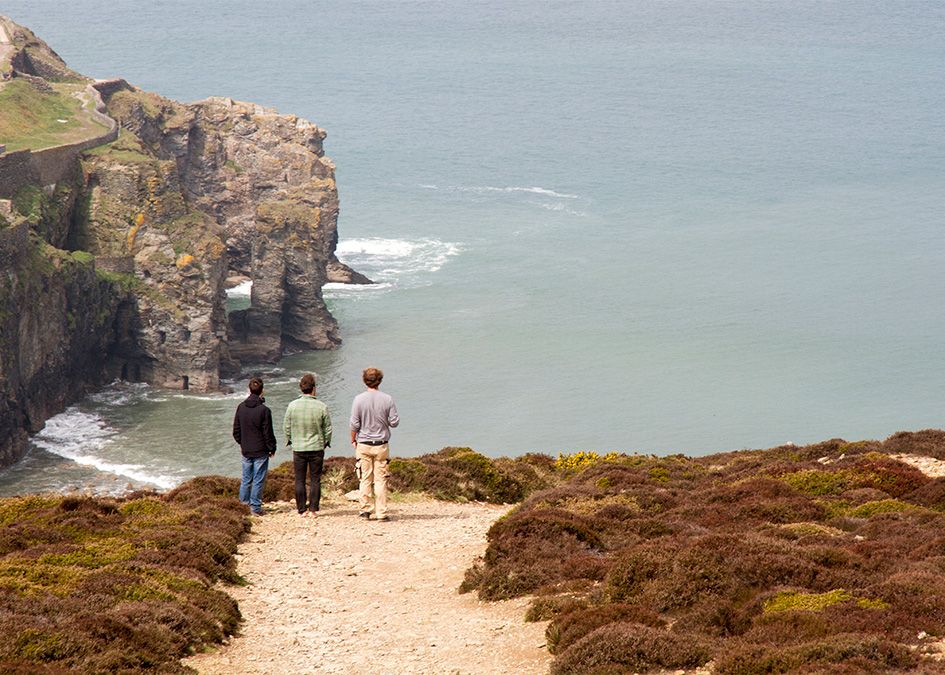