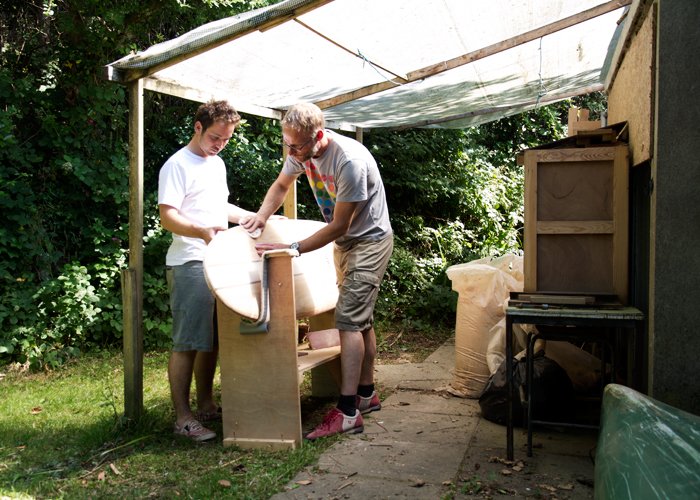 The awning was already here when we moved in to the workshop here at Krowji; a few lengths of 2″x4″ with some clear plastic tarpaulin pinned to it that the previous occupant had built out over the back door as a sort of lean-to.  So far it’s just been keeping bags of sawdust dry before they get sent off to be turned into briquettes, however this afternoon Eddy was able to enjoy a bit of fresh air as he finished sanding his new Island Hopper.  Eddy has come over from Leerdam in the Netherlands, about an hours drive from the North Sea Coast, to build his own surfboard with us.  Whilst the surf has been absent this week, the weather has been wonderful and so this afternoon ,with all of the shaping work done, Eddy was able to move the trestles out underneath the dappled shade of the awning and work his way through the grades of abrasive paper finish-sanding his new surfboard.

Back home in the Netherlands Eddy works in IT, and until Monday morning his deepest forays into making something out of wood had been assembling flat-pack furniture.  He was very honest about his concerns at being able to work on such a big project without losing sight of the end result, however he stepped up to the challenge and showed an incredible commitment to each task set and had a perfectionist’s eye for detail.  He signed off his 7’4″ Island Hopper this afternoon, and is going to pick up his family from the airport and check the surf forecast before deciding where in Europe to head off to on holiday for the next couple of weeks.  He’ll then be back in early September once his surfboard’s been laminated to collect it and catch some late summer swells.

If the sun continues to shine down as it has the past few weeks then the fresh air “finishing” trestles may just become a more permanent outdoor feature for the summer months.  To check out availability for our summer workshops then click here.

POST UPDATE: Here’s Eddy enjoying a fun wave at our 2017 Annual Gathering of Makers on his Island Hopper 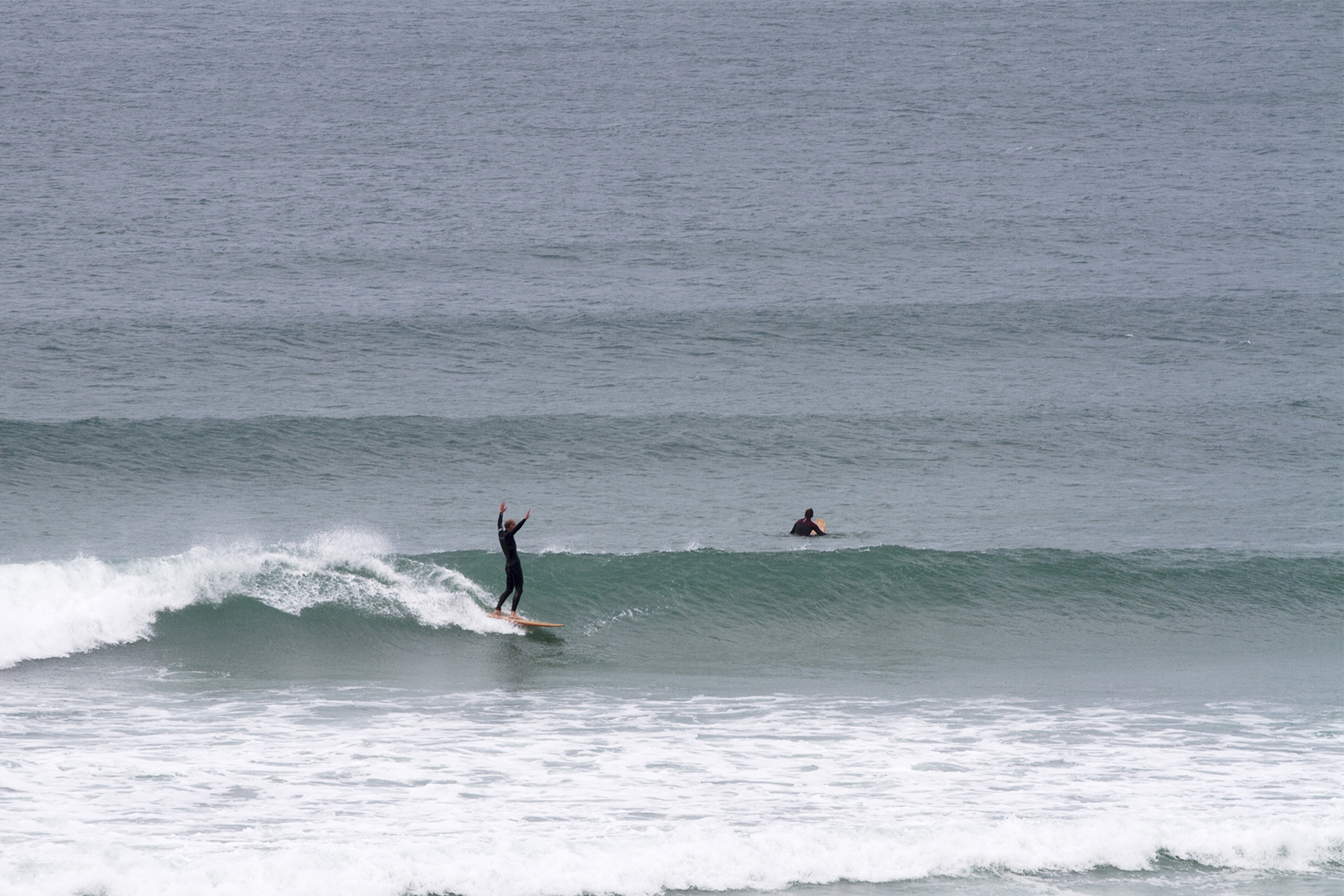