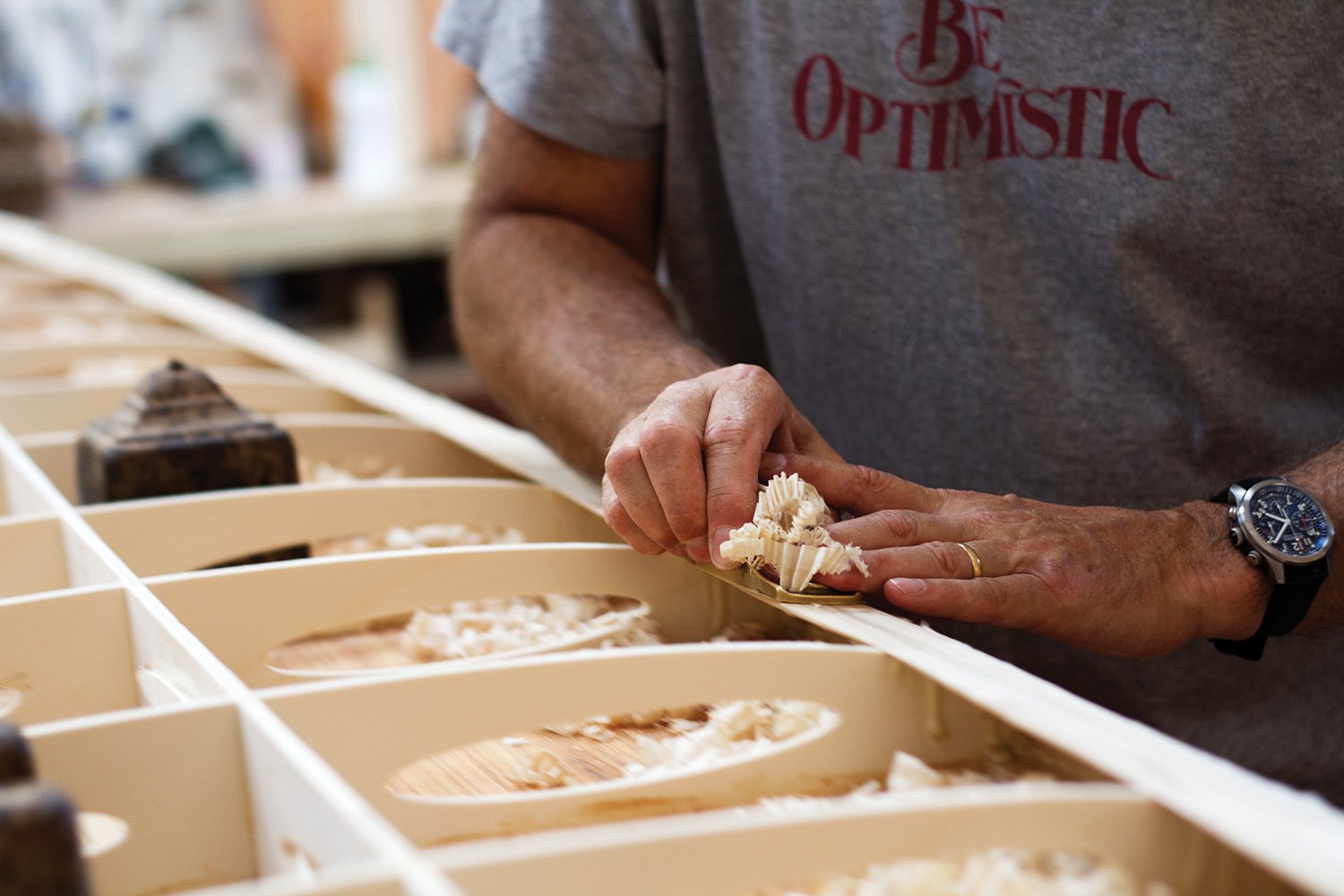 ​July was a good and busy month for wooden surfboard workshops here at Otter, and at the very end of the month we welcomed Marc Koska to the workshop.  Marc is, amongst other things, one of the organisers of the TEDx Brighton conference that James spoke at last year, and for the past nine months or so he’s been telling us how much he wants to come down and make his own wooden longboard with us.

Marc is a very busy man, though – an inventor with an OBE, Marc has for the past thirty years been campaigning for single-use syringes to be introduced across the world in an effort to reduce the spread of infection from unsafe injections using dirty needles.  In February of this year the World Health Organisation announced a global campaign championing syringes that have re-use prevention features and warning of the risks involved with reusable needles, and by the time he joined us in July Marc had travelled abroad 27 times for work commitments since the start of the year.  He managed to engineer a free week in his busy schedule whilst his family was visiting Cornwall (where his wife is from), although he had a seat booked on a flight leaving less than 48 hours after signing off his surfboard. 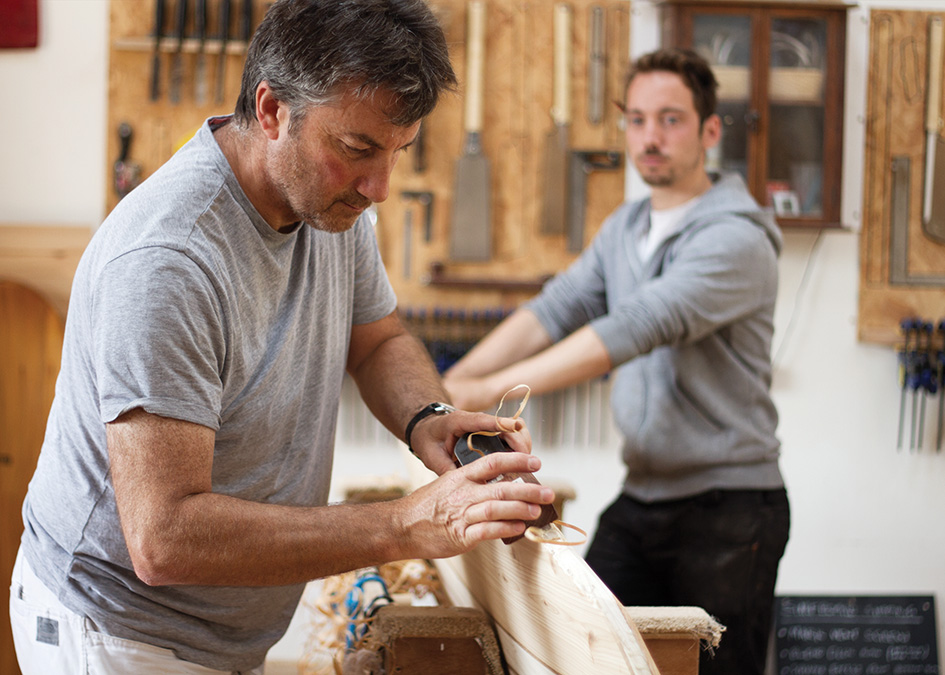 Ever the  innovator, Marc asked if it would be possible to apply both the Otter logo and a mirrored letter K (to represent the two Ks in his surname, Koska) onto his surfboard in gold leaf.  He arrived with a gold leaf gilding kit purchased online (it turns out that gold leaf is very reasonably priced!) and we proceeded to try it out on an offcut of poplar.  With a bit of experimentation we found the technique that produced the best results – a subtle and understated gold logo that blends beautifully with the wood until it catches the light and reveals itself. 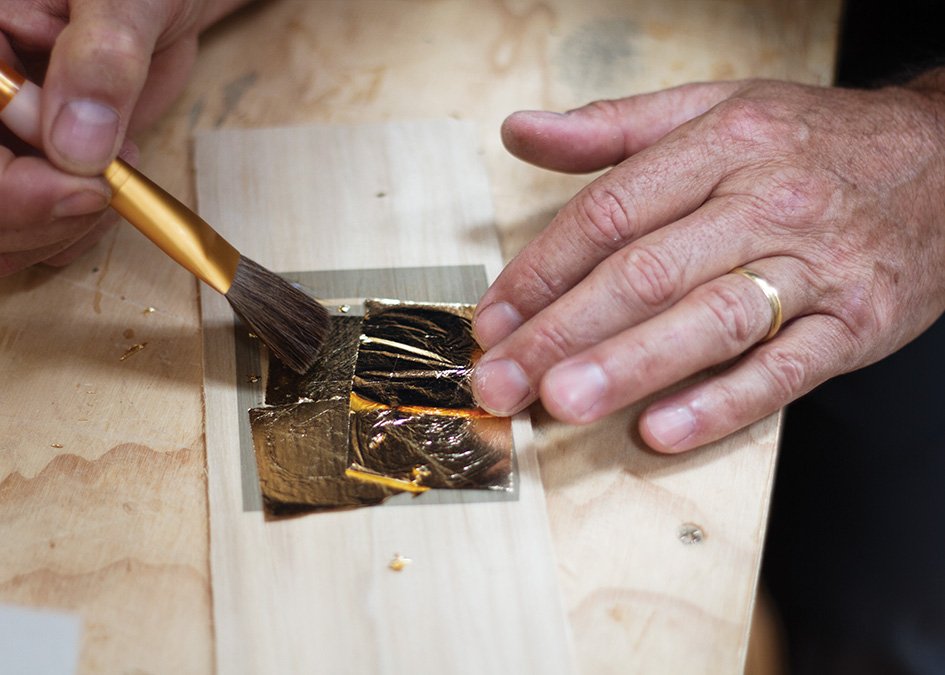 We had a brilliant week with Marc in the workshop; we listened to England win an Ashes test match and enjoyed the sun shining through the open workshop doors.  We wish him every success in his campaign to see his single use auto-disable syringe become the norm across the world; a change that could save the lives of 1.3 million people each year. 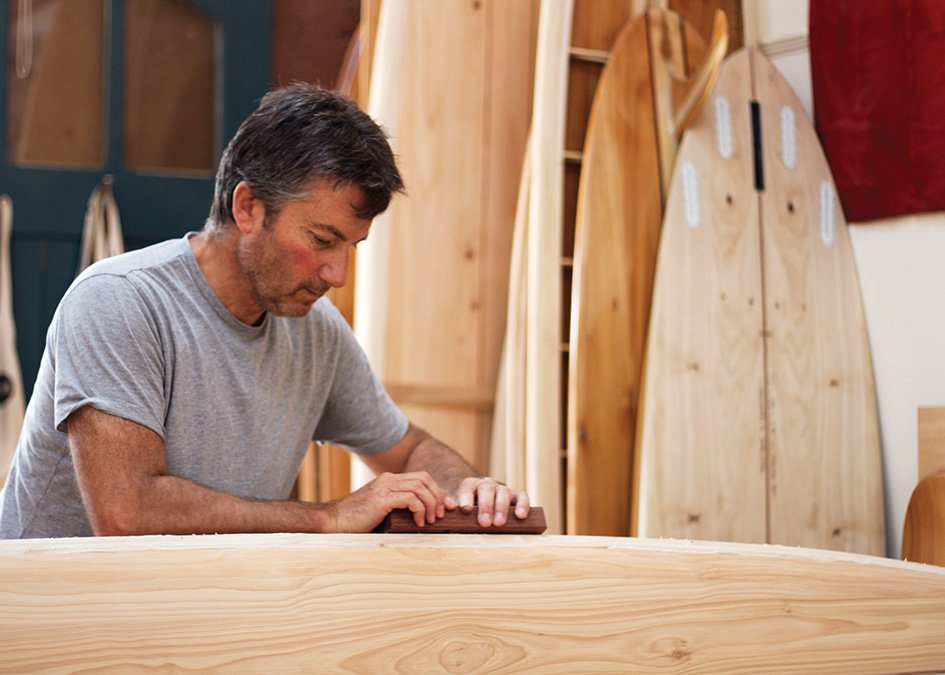 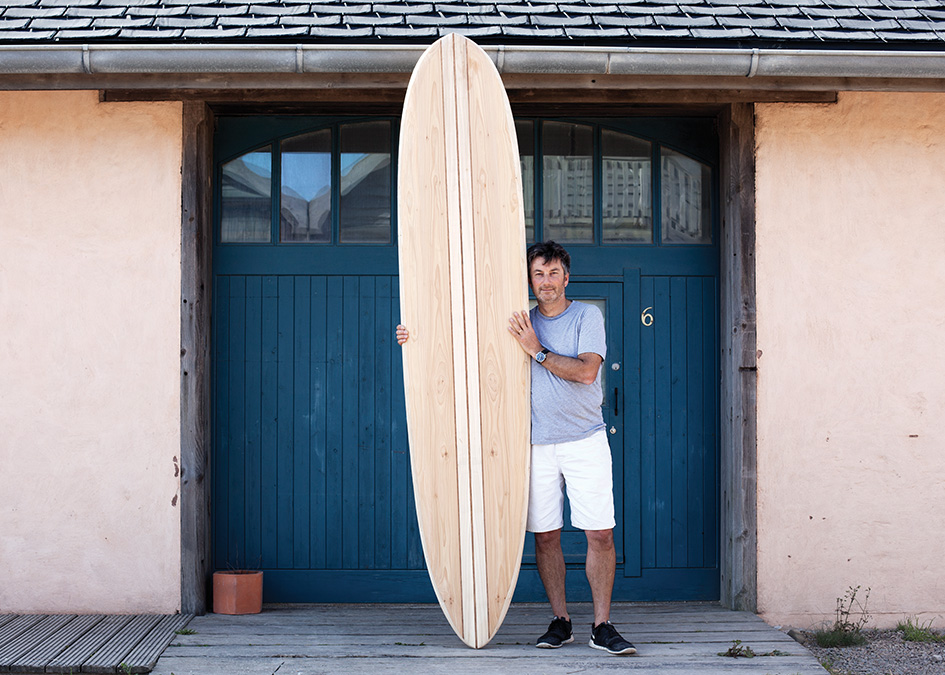