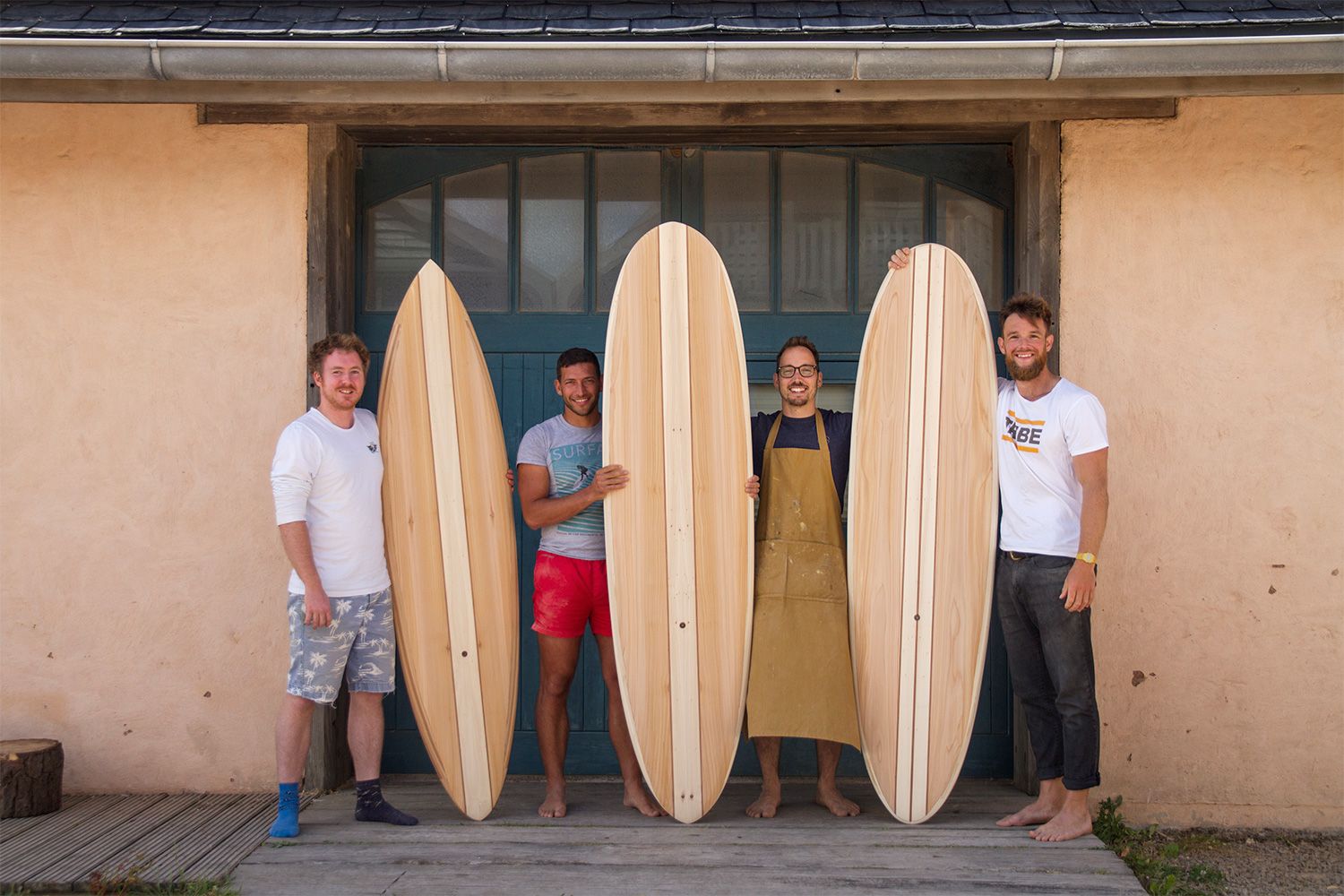 The week of June 19th-23rd was the ideal time to be in Cornwall as the southwest basked in a heatwave that included the hottest June day since 1976, and there was a lovely pulse of swell at the start of the week. Keijo, Rich and Tim spent this week in Cornwall, and although they were in the workshop for a lot of the time gluing, planing and sanding the wooden surfboards that they were making, there was a good four hours usable daylight on either side of the working day which meant that they were still able to enjoy the sunshine and the waves. 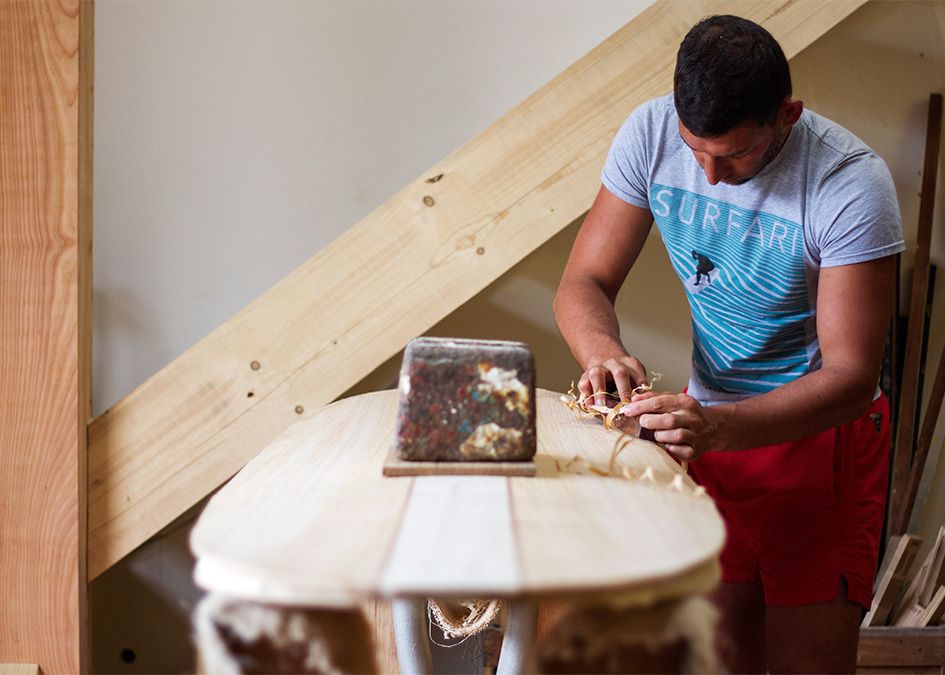 Keijo travelled from Helsinki for the week and shaped a 7’2” version of our popular all-round Island Hopper shape. We’ve had a few workshoppers ask to make this board now so we may well give it a name and add it to the range; it’s really a hybrid of the Island Hopper and the Jetty and is a great egg-style all-rounder that paddles into waves easily and is still really maneuverable. 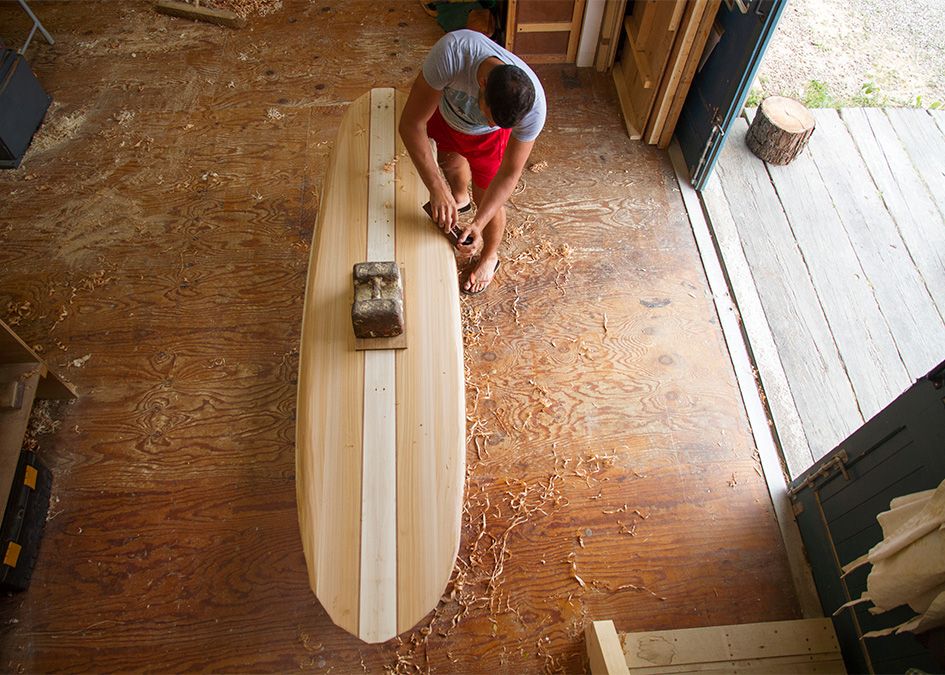 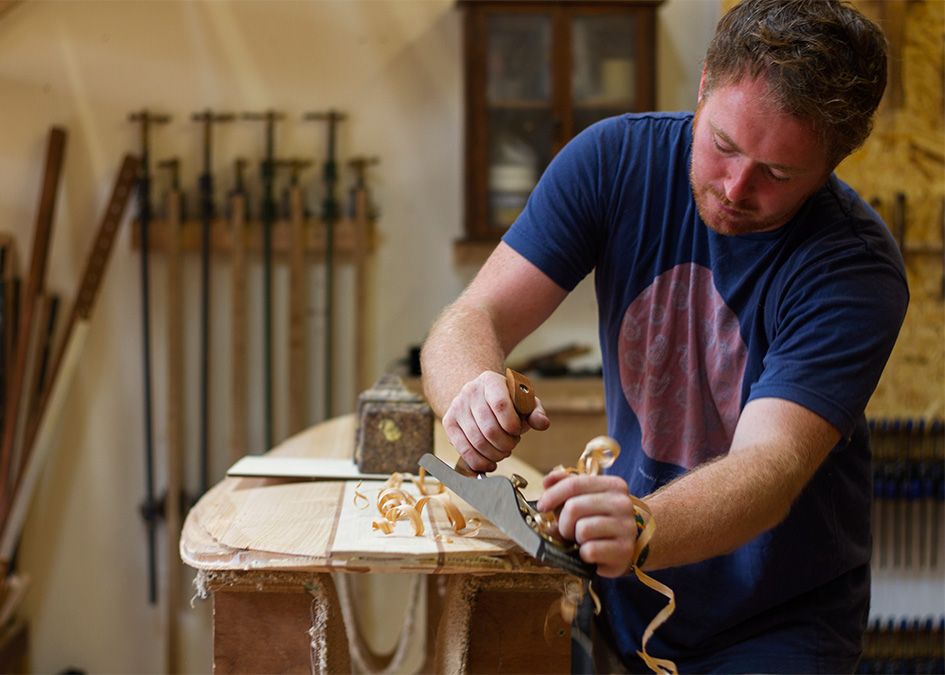 Rich is the first workshopper to make a 6’8” Riser, and had our original Riser that Chris made on hand for reference. This semi-gun is a serious piece of surfboard and we’re looking forward to getting updates from Rich over the coming months and years as he takes his new board on some surf trips to hear about the waves he’s caught on it. Rich was pointed in our direction by his friend Tim who made a board with us back in April (we’ll be sharing his story soon); they share a love of surfing and met whist recovering having been injured in the line of duty serving in the military. Both Tim and Rich are now both involved in charities that support injured servicemen. On the Friday of his workshop week Rich celebrated the third anniversary of undergoing successful brain surgery. We are honoured that he chose to celebrate by making himself a wooden surfboard with us. 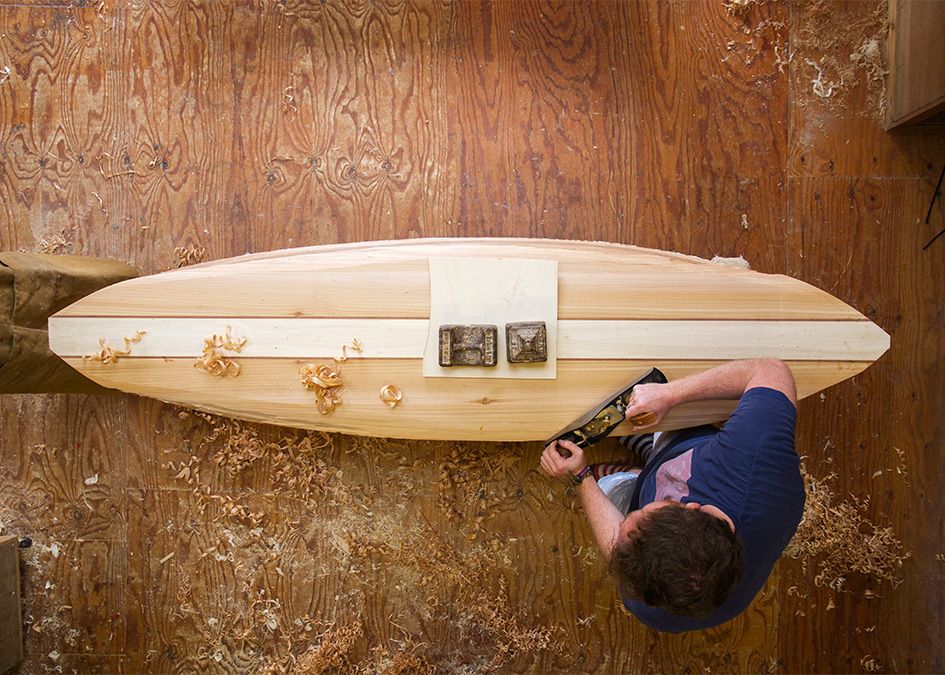 On the third set of trestles was Tim who joined us from London to make himself a 6’10” Jetty. Tim’s formative surfing years were spent on family holidays to the west coast of Scotland and the Hebrides, and these coastlines are still his preferred destinations when escaping the big smoke. He’s hoping that he can collect his finished surfboard in time to take on a trip to the Isle of Tiree in mid-September, so that his first surf on it can be on a wave that he holds close to his heart. After that though, we’re hoping that we can tempt him down the A303 a little more often to join us for a few waves here in Cornwall. 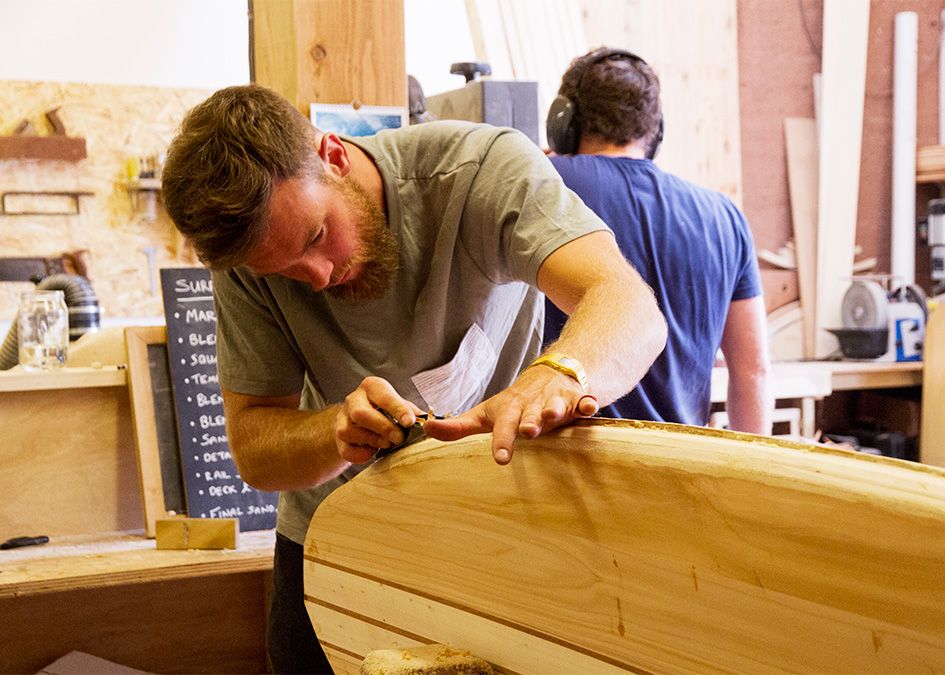 To find out more about our “Make Your Own” wooden surfboard workshop courses, click here.