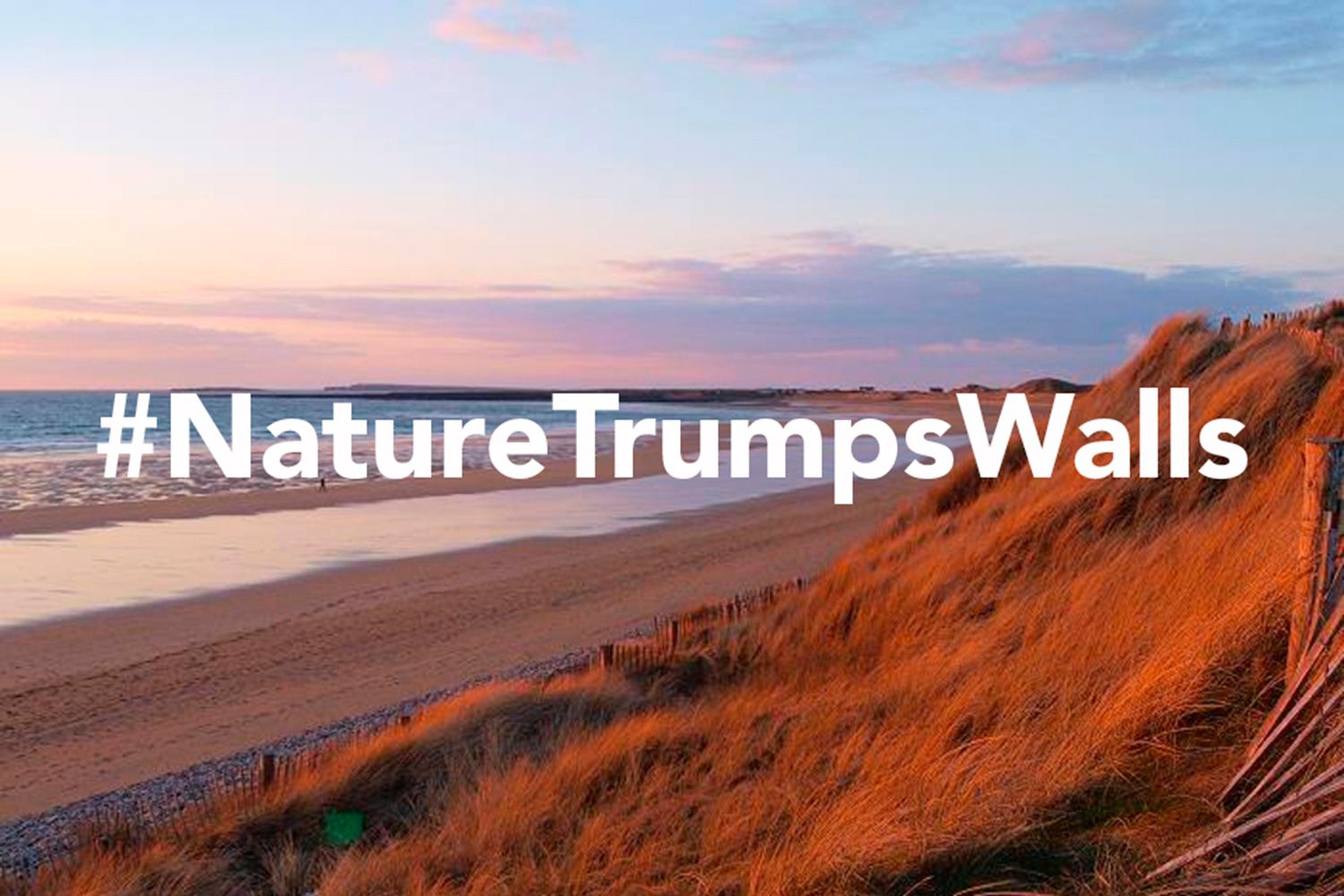 ​Back in spring we visited Ireland and spent a couple of weeks surfing our way down the wild West Coast. One of the beaches that we stopped off to surf at was Doughmore, a long sweep of sand facing out into the North Atlantic framed by sloping reefs and with a small reef in the middle of the beach and numerous beach break peaks on either side. The beach is backed by sand dunes, behind and on top of which are the fairways and greens of Doonbeg golf course, part of a golf resort owned by billionaire businessman and Republican US Presidential hopeful Donald Trump. This dune system, the Carrowmore dunes, are designated a “Special Area of Conservation” by the European Union’s Special Habitats Directive, but Trump’s organization now wants to build a 2.8km long, 4.5 metre high wall using 200,000 tons of rock across the front of the dunes in an effort to protect their greens and fairways. On a coastline of high cliffs and fierce reefs, Doughmore is one of the few beaches and is therefore one of a surfer’s best options when the swell is small. We enjoyed fun waist high waves here on one of the smallest days of our trip, breaking out our longboards and paddling between the various peaks whilst the clubhouse of the Doonbeg golf course dominated the view of the far end of the beach. 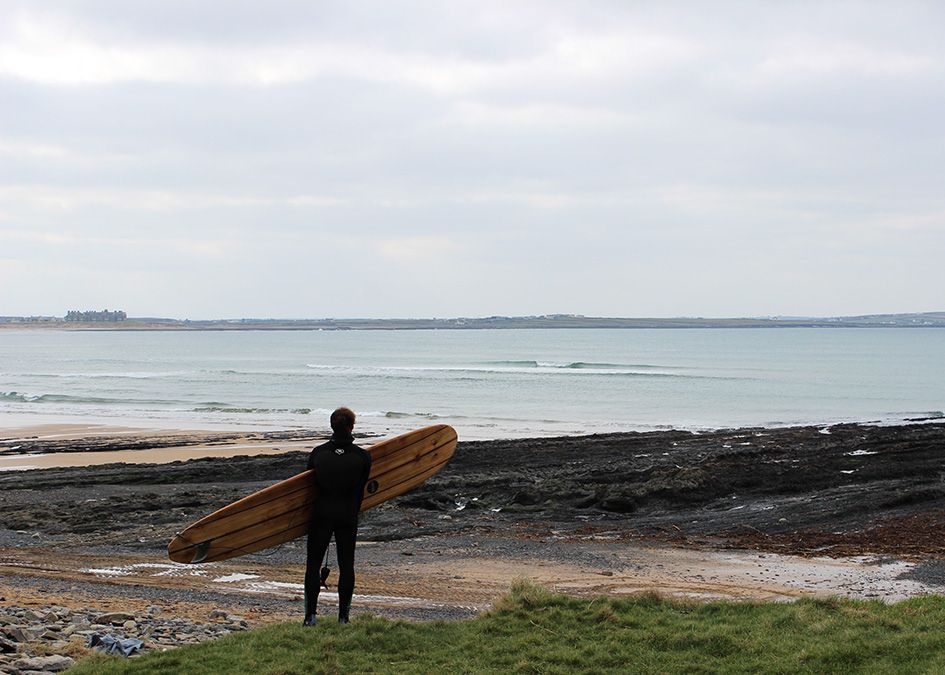 In early 2014 Trump International Golf Links (TIGL) Ireland Ltd. acquired the Doonbeg Golf Resort after the previous owners had reportedly struggled to fund repair work following a winter of destructive storms that had eroded the sand dunes and threatened the golf course. In February, TIGL began illegally dumping boulders on the public beach at Doughmore to protect the dunes, but were swiftly stopped by the local authorities. This sand dune system is a dynamic and fragile environment; it is part of a complex coastal sediment cell and serves to trap and store sand that then feeds the beach and offshore sand bars. Interrupting that transfer of sand may protect the area behind the wall, but it would leave the area in front and to the sides of the wall open to scouring and erosion, and could easily lead to the loss of a popular beach – let alone surf spot.

Trump’s organization has been forced to apply for permission to build their coastal defences through the proper channels, and with their application having been denied by the Irish national government in April (around the time that we were there), they now have an application lodged with Clare County Council. They’re not happy about having to conform to local planning regulations though, and have threatened to close the resort if they don’t get their own way – a move that would have disastrous effects on the local economy and that campaigners are keen to avoid by way of finding an alternative solution. Claire County Council have asked for clarification and further information on 51 specific points, and TIGL have until December to submit that information before a decision will be made. Whilst the process is ongoing, a coalition of Irish and European surf and environmental groups led by Save The Waves Coalition is campaigning against Trump’s wall. An online petition has been signed by almost 100,000 people, and you can add your name here.

Natural processes are broad and complex, and shortsighted attempts to protect individual interests using relatively small interventions (in the grand scheme of things) do not have a great history of positive outcomes in the long term. This isn’t about Trump; it is about looking at the bigger picture and working to find a compromise where natural processes and all affected parties are considered in order to achieve an outcome that is positive for all. Let’s stop Trump’s wall, and then look at the bigger picture.

Back to Otter Calendar 2017 On Sale Previous Article Next Article