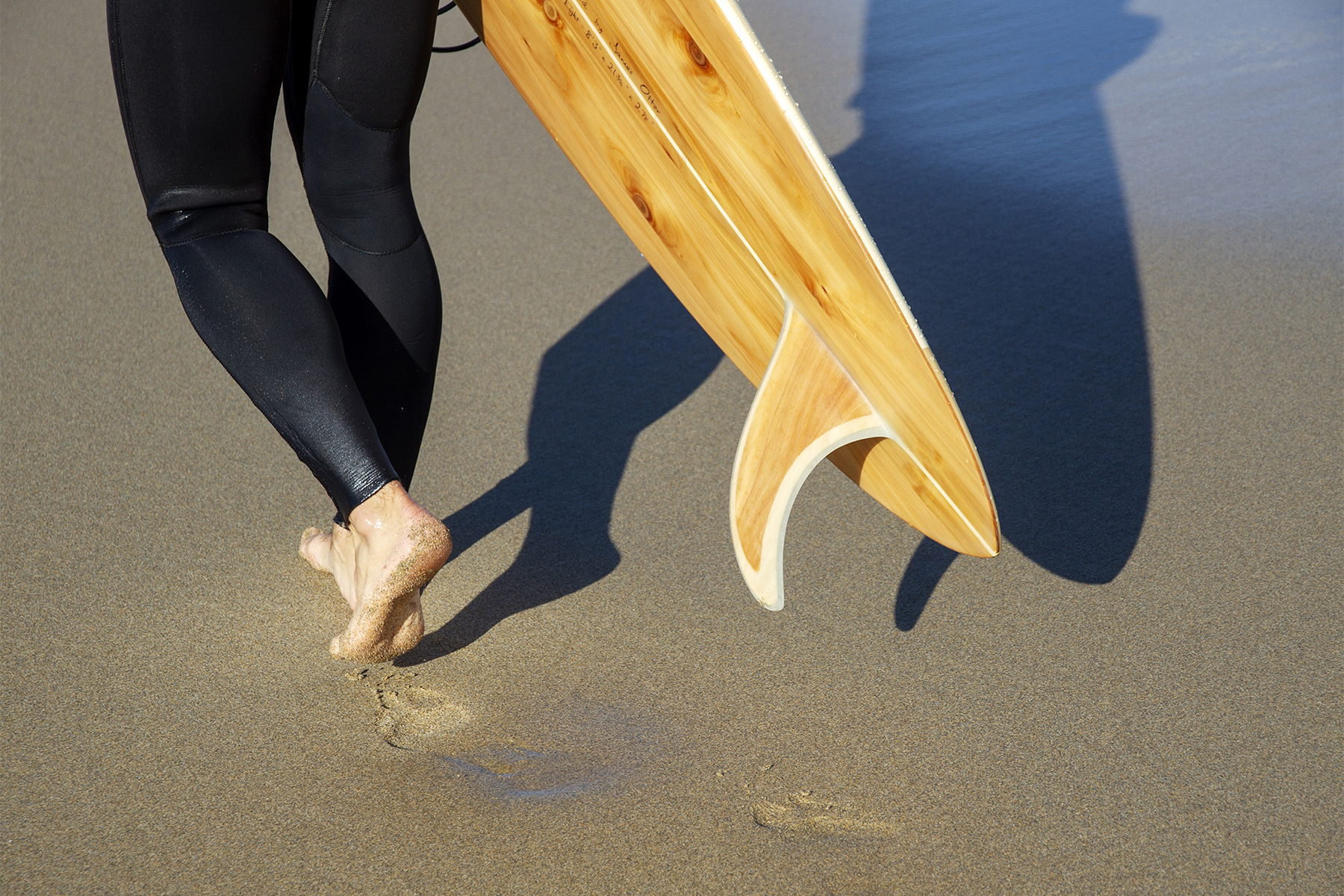 One Fin for a Wooden Surfboard

It all began in the 1930’s when pioneering waterman Tom Blake looked for a way to maintain some directional control whilst surfing his hollow, box-railed, paddle board.  The sharp, square, edges of Blake’s “cigar box” paddle board sheared water away from the rails and the boards slid out of control easily until he came up with the idea of bolting a small metal keel from a water ski onto the bottom of the board to help it keep going in a straight line.  By the 1950s fins had become de-rigeur on surfboards, although they were still used in conjunction with the rail line to provide hold. 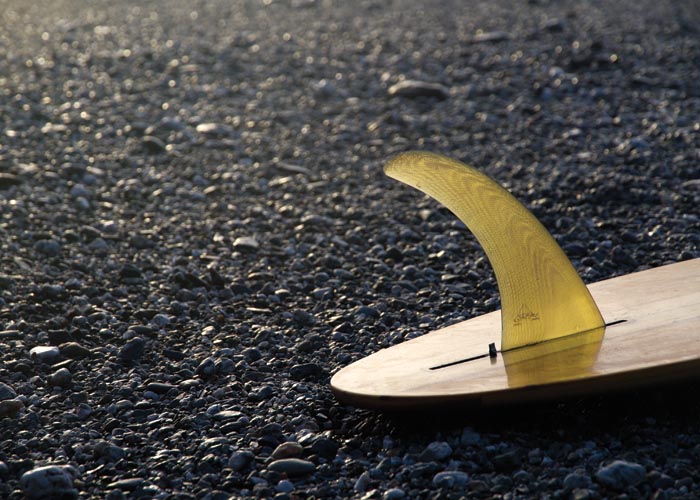 As the popularity of surfing grew so did the size of the fin in order to provide greater stability for the surfer, but it also served to make harder turns and nose-riding possible.  By the late 1960s the levels of performance desired from surfboards caused visionaries such as George Greenough to take inspiration from nature and copy the sleek, flexible, foiled fins of fast predatory fish.  The single fin design has changed only slightly since Greenough’s biomimicry of the late 60s and still holds it own against the twin, thruster and quad options available. 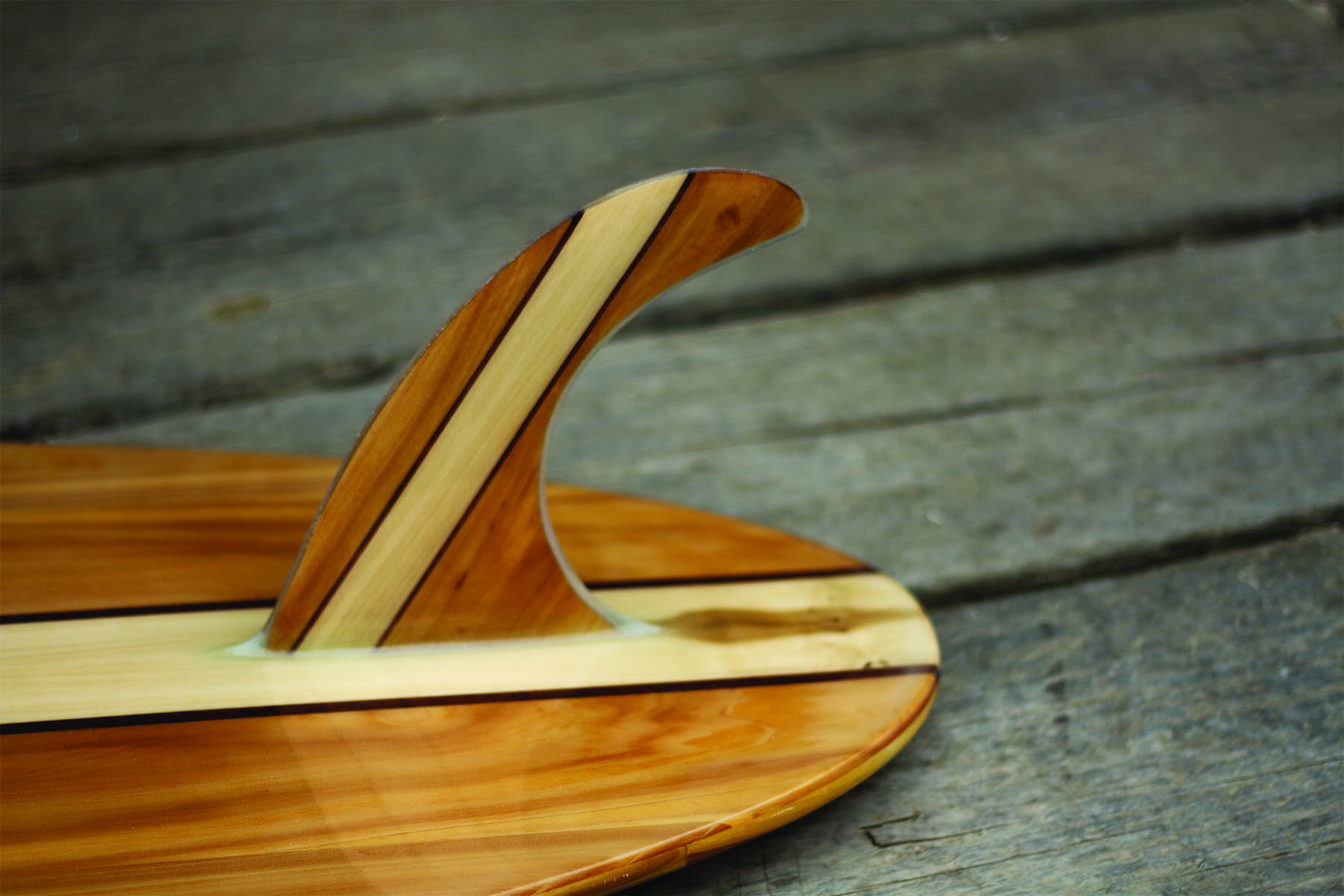 Why choose just one fin for a surfboard, then, in a world where many perceive more to mean better?  Well, for one thing they draw beautiful lines on a wave – long and sweeping carves that utilise fin and rail rather than the “stomp-on-the-tail” jerkiness that modern thrusters are sometimes prone to.  That, and when you really lay down a big turn on a single fin surfboard they throw up an uninterrupted sheet of spray off the outside rail that hasn’t been “chopped-up” by the other fins and looks simply beautiful.  Having a single, larger, fin on a longboard allows you to pivot on smaller waves and provides a greater surface area for lateral stability when perched up at the opposite end of the surfboard nose riding.  On shorter and mid-length surfboards (such as our Cutter, Jetty and Island Hopper models) a single fin holds tight in the pocket, projects out of turns and draws smooth lines.  In the words of Rob Machado “These boards stretch your surfing out”, and if there’s one person that we’d ask for advice on stylish surfing, it’d be Machado. 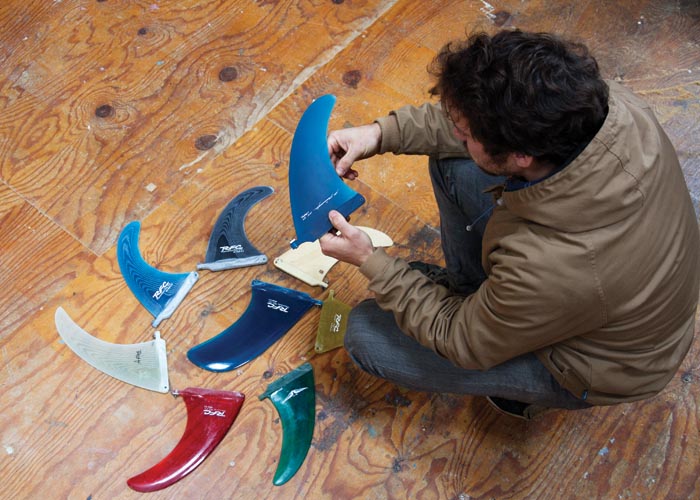 We offer and recommend single fins on our mid-length surfboards, longboards, and our Cutter model (see the full range here).  We can fit a fin-box so that you can experiment with different fin options and move the fin forwards and backwards slightly to improve hold or turn-ability, or we can craft a wooden fin to match your surfboard that will be glassed on to the surfboard.

With all surfboards it is important to match the fin configuration with the shape of the surfboard and the preferred style of the surfer.  For many of our hollow, skin and frame, wooden surfboards a single fin  is the best option for both performance and aesthetics.