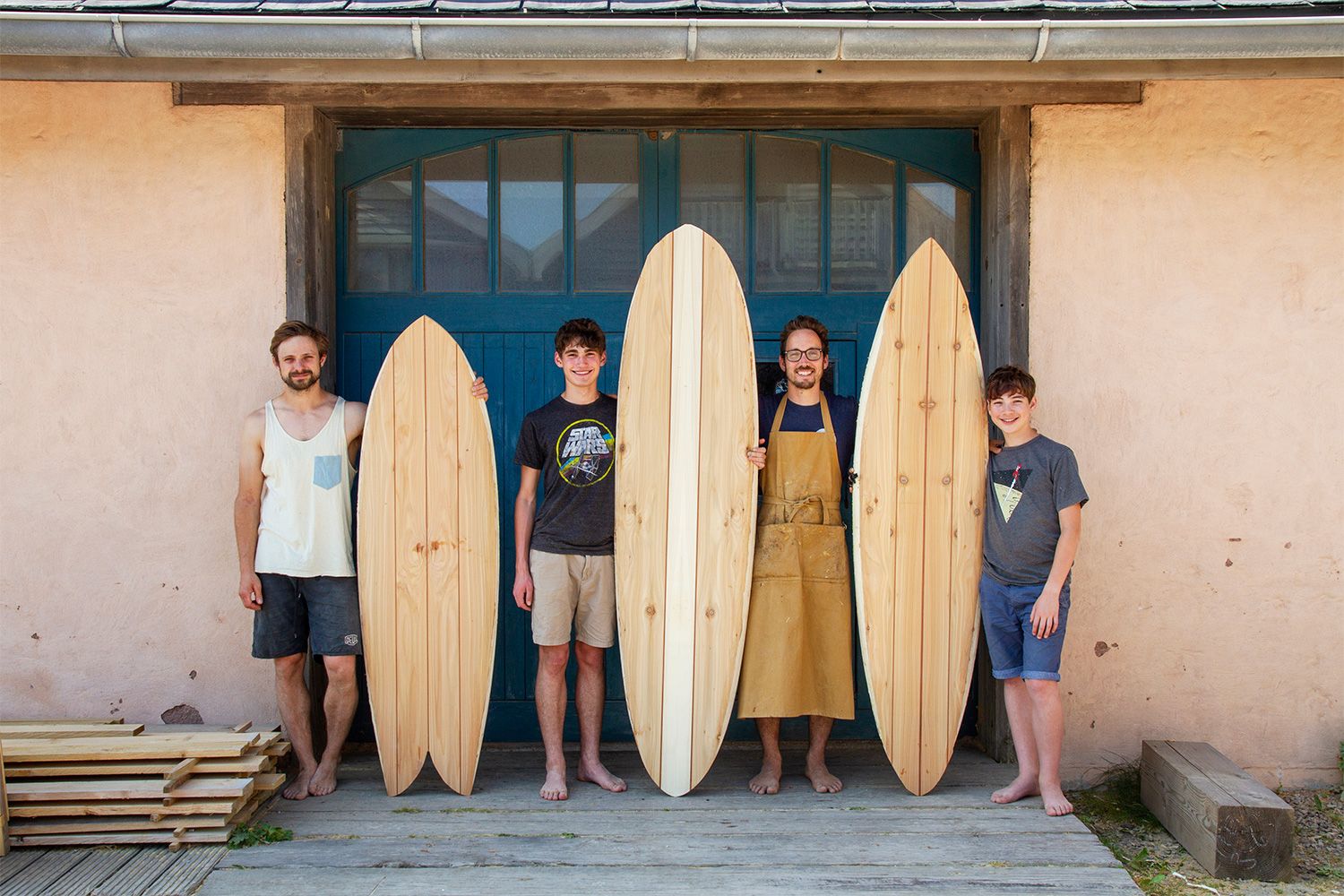 ​June, July and August have been busy months so far here in the workshop, with “business as usual” colliding with the culmination of various projects and some major events in the personal lives of various members of the team (one baby so far, one still to arrive, and a wedding). In amongst all of this we ran two workshop weeks in June, and have only just got around to celebrating the second course when we were joined by Andrew all the way from Holy Island in Northumberland, and brothers Spencer and Clayton (who are from a truly international family). 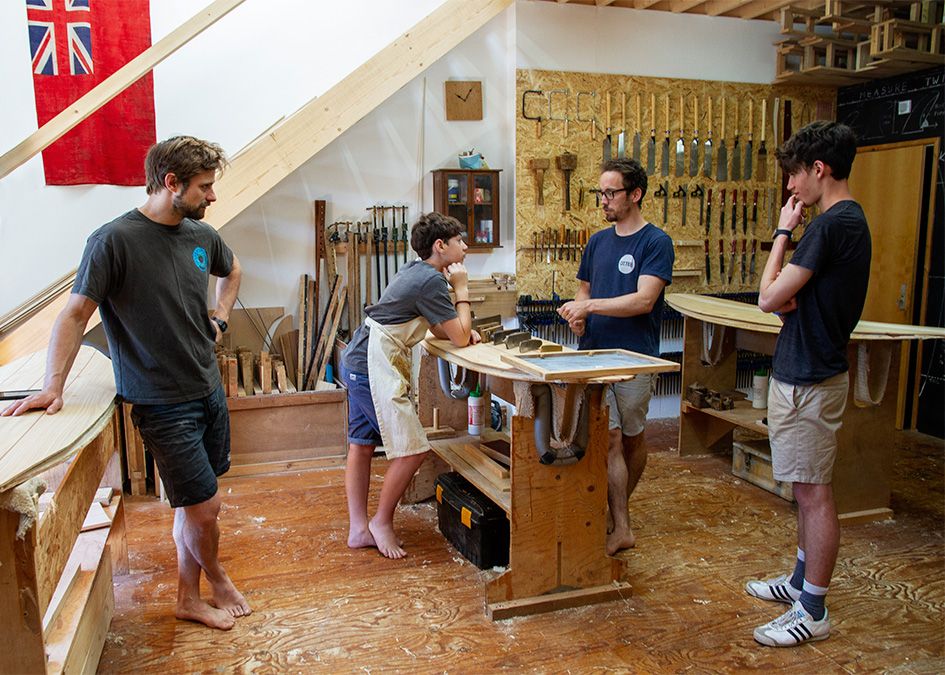 Spencer and Clayton were enjoying the start of their summer holidays (which had started a little earlier for them). The family live in the UK, but because they’re from America, Spencer ended up going to high school just outside Santa Barbara in California. He shaped himself a 6’10” Jetty, and we’re excited to hear how it goes on the waves of Central California. His younger brother Clayton is hoping to follow his big brother’s footsteps in a year or so, and made himself a 6’8” Riser which we hope one day will get a high line speed run at overhead Rincon. Later this summer they’re off to Australia to visit relatives, so at this rate we think the boys will probably end up ticking off more “bucket list” surf spots before their twenties than most surfers manage in a lifetime! 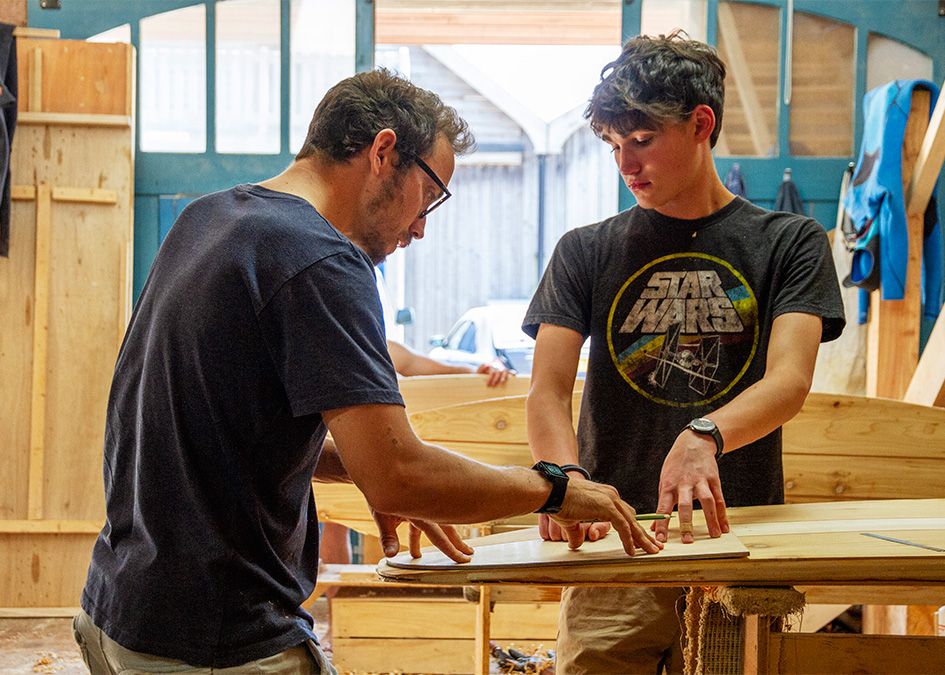 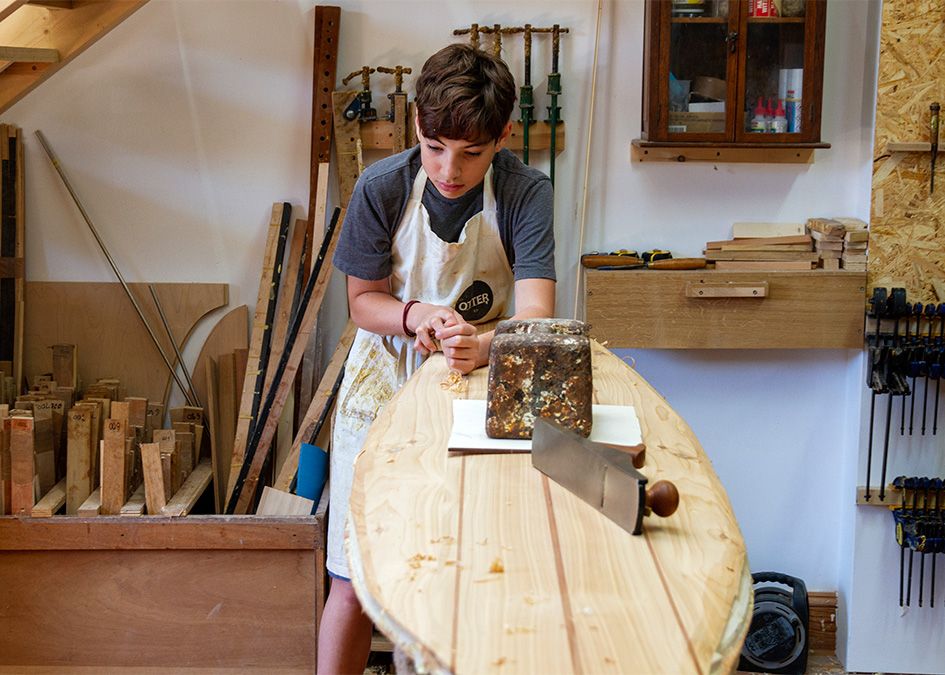 Andrew drove down to join us from the far corner of England; he lives on Holy Island (also known as Lindisfarne), on the coast of Northumberland, where he and his wife run a coffee house and roastery, roasting coffee in a beautiful yurt. We’ve never had work place envy before, but if we were to get such a thing then the workspace that he has created would probably be a contender. 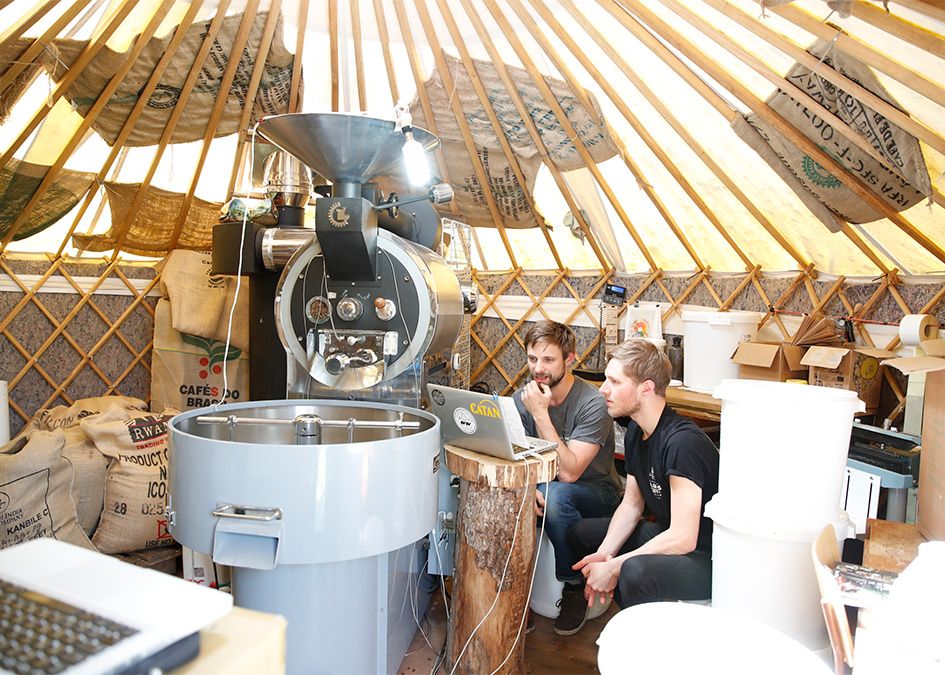 Andrew’s passion for his product is clear, and it meant that over the course of the week we paused pretty frequently for a coffee. Earlier this year they had made a sourcing trip to India, and visited the estate where most of their green coffee comes from to meet the farmers and pickers. This green coffee is then roasted by Andrew in his yurt, and served up to their customers in the coffee house as well as being sold to other cafes and direct to the public. There’s a small community of surfers on Holy Island who often get to enjoy the waves on the two beaches (that face northeast into the swells coming south down the North Sea) alone. The island is linked to the mainland by a low-tide causeway, so once water covers the road the only people surfing on the island are those who live there, or overnight visitors. It looks and sounds to us like a beautiful place to surf, on a beautiful stretch of coast. When Andrew’s 5’8” Fetch fish is back from the laminators and ready for him, we’re half tempted to use “we’ve run out of coffee” as an excuse to deliver it in person. 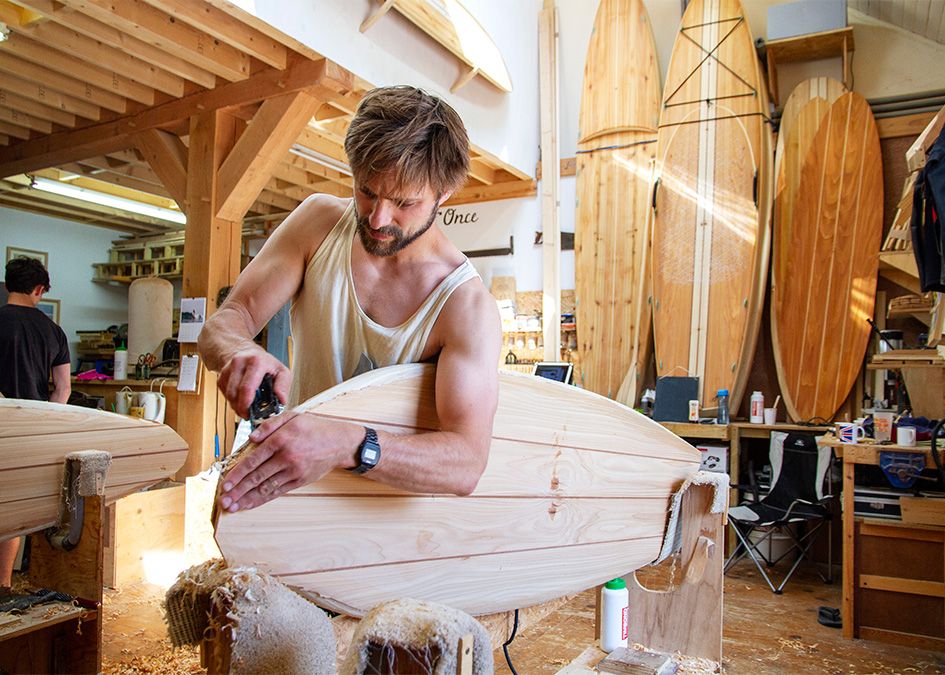 You can find out more about Andrew’s coffee at www.pilgrimscoffee.com