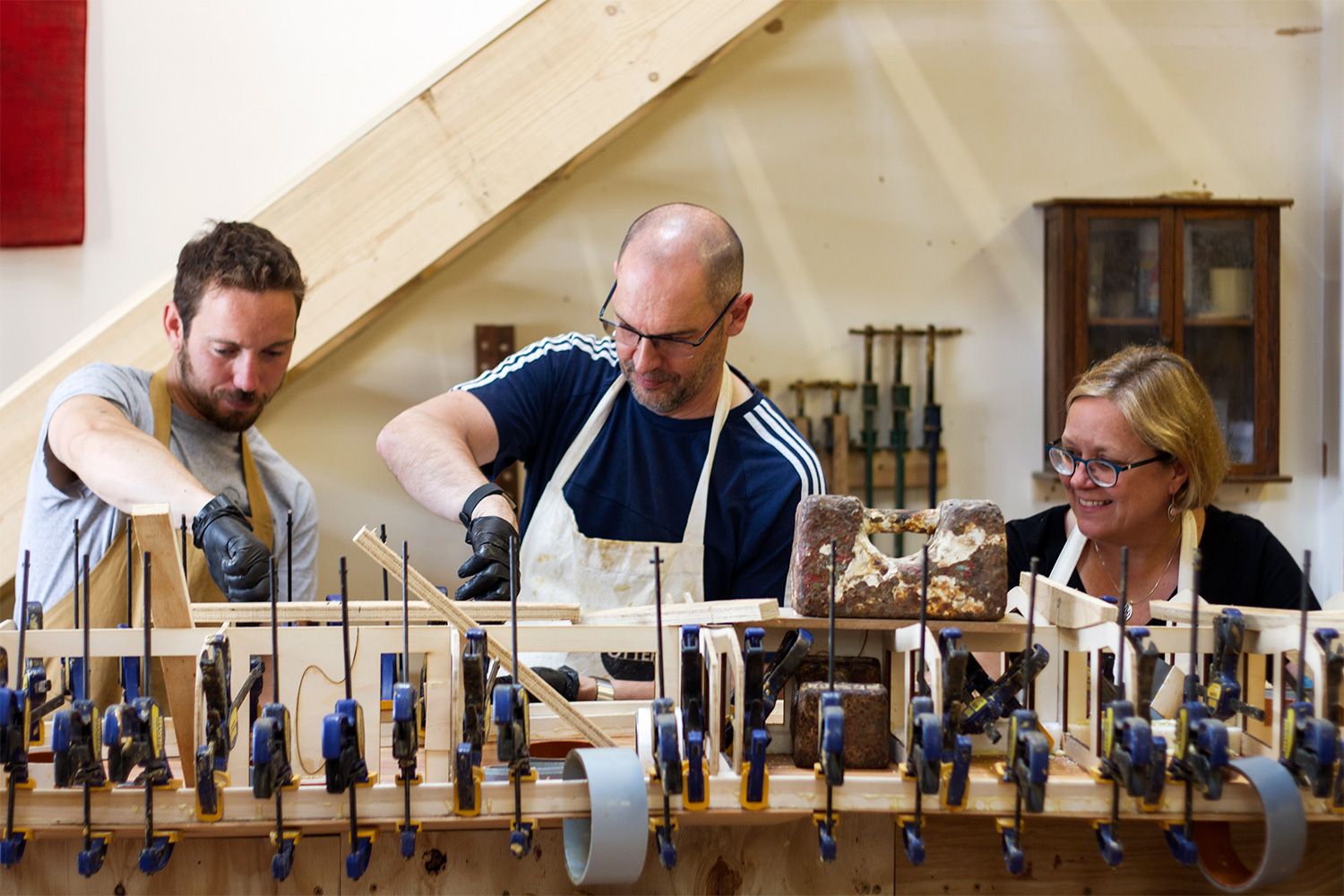 The Making Of The Endeavour: David’s Wooden Paddleboard Workshop

​The first of our new range of exploration stand-up paddleboards to be developed was the largest; the 12’6” Endeavour. A former workshopper, David Jones, who joined us back in May of 2016 when he made himself a Pieces of Eight had been in touch to say that if we were ever to design a flat-water SUP, he’d be interested. David, his wife Tracey and their children, live in Richmond in southwest London where David is a member of their local rowing club – it’s how he gets in his water time in-between surf trips. When we got in touch to say that we were going to develop and launch a range of exploration-style stand-up paddleboards, David was one of the people who we asked what they’d be looking for in a SUP. He was after a long, sleek, downwind style SUP (similar in a way to the skulling boats that he rows) that would allow him to cover significant distances up and down the River Thames. He has storage space at the rowing club too, so the size of the board wasn’t a factor in David’s choice as it could live just a few metres away from the waters edge, year-round. 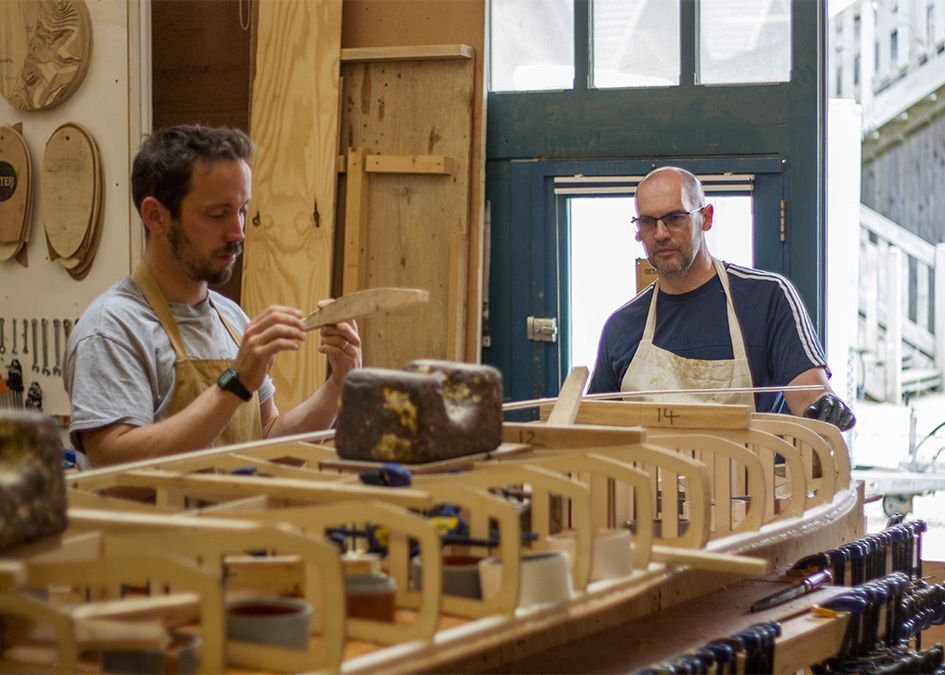 ​Rather than simply order a new stand-up paddleboard “off-plan”, so to speak, David and Tracey joined us in the workshop to make this first Endeavour with us. We spread the workshop over two separate, shorter, weeks and moved the workshop around by 90 degrees to accommodate the length of the board. 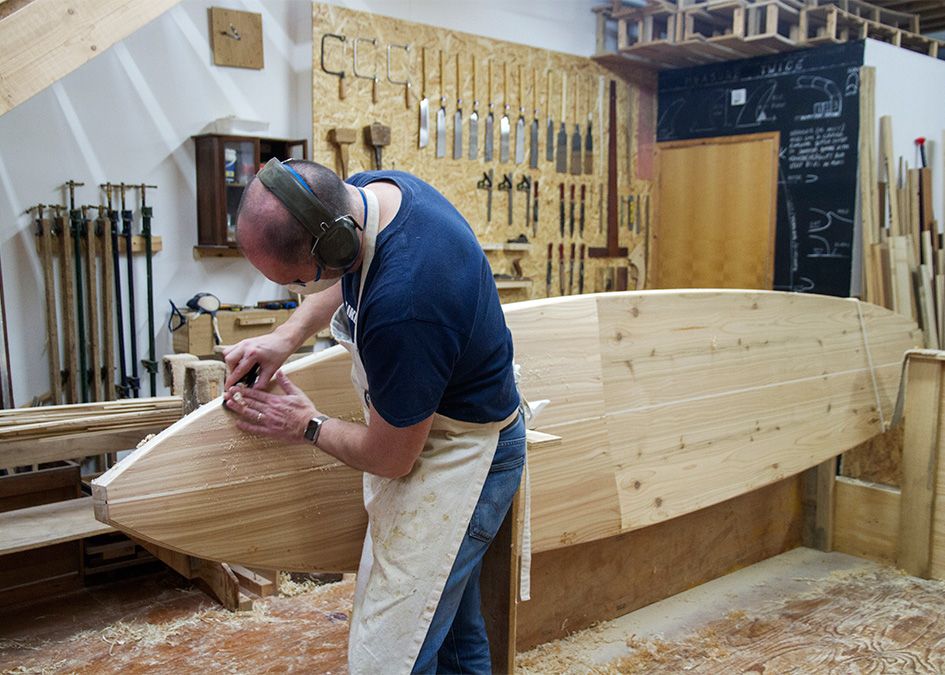 This first Endeavour has one feature that we haven’t carried through to the model that we released; that being a step in the deck between the flat deck where one stands, and the slightly raised, domed foredeck. This is because it took an inordinate amount of time to create and is largely an aesthetic feature – the Endeavour now has a domed foredeck that flows through to a flat deck without the fiddly step in it. With its long waterline and deep concave, Endeavour is all about glide and straight-line tracking. David discovered a company that makes a removable rowing rig that straps onto the flat deck of an SUP (a seat with sliding foot-plates and rowlocks) so that they can switch between paddling and rowing their SUP should they wish. 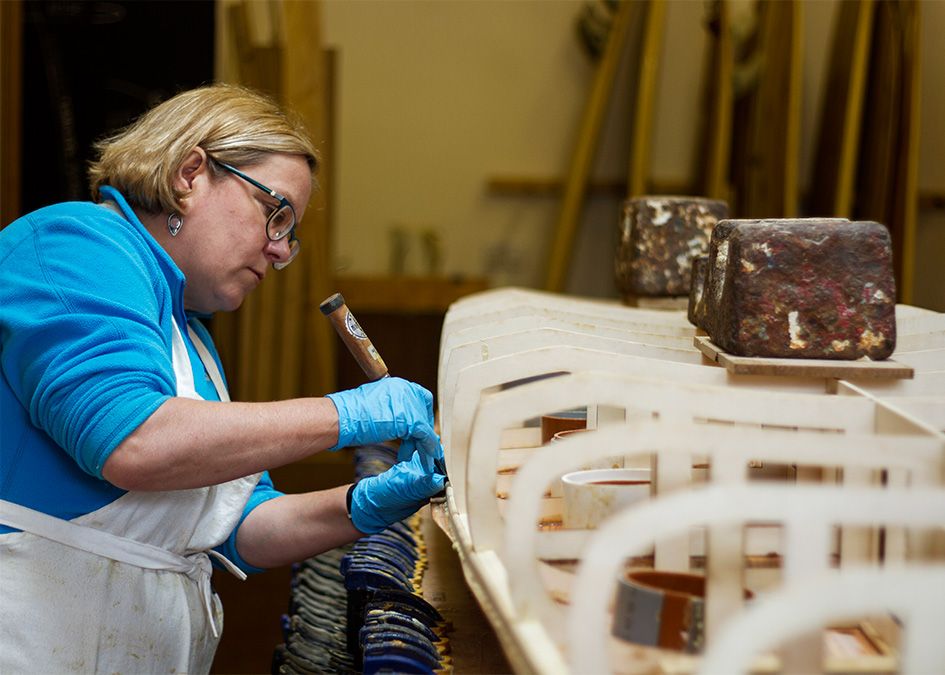 ​It was lovely welcoming David and Tracey back to the workshop, and so nice spending time with them and tapping into their paddling and rowing experience to discuss and develop the finer elements of our new stand-up paddleboards. 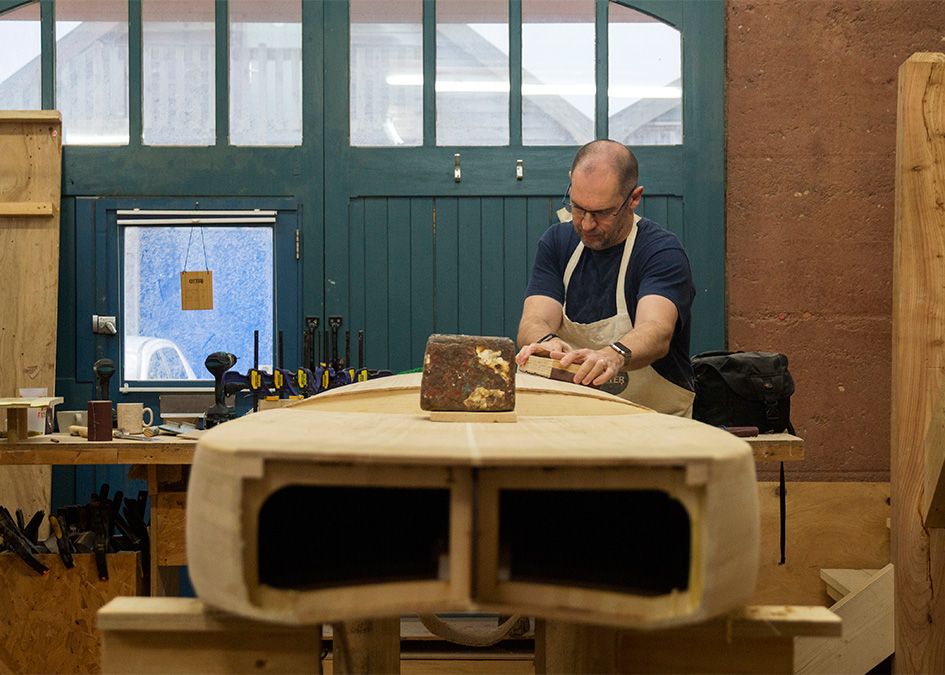 ​If you live closer to flat water than waves, and are interested in owning or making your own exploration-style stand-up paddleboards (on a seven-day workshop course), then please do get in touch with us to discuss the options available to you, or click here. 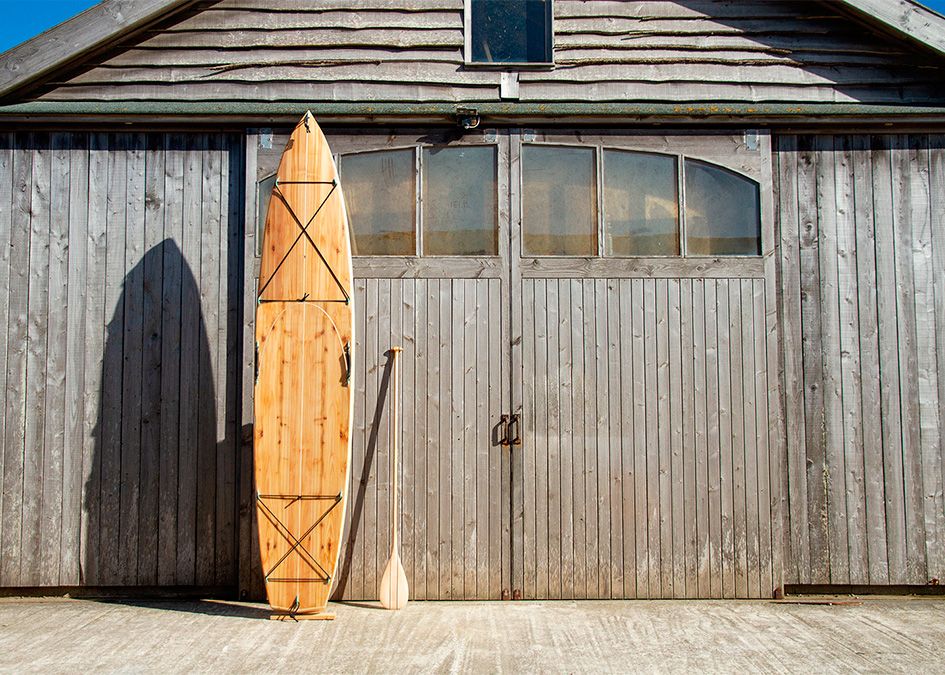