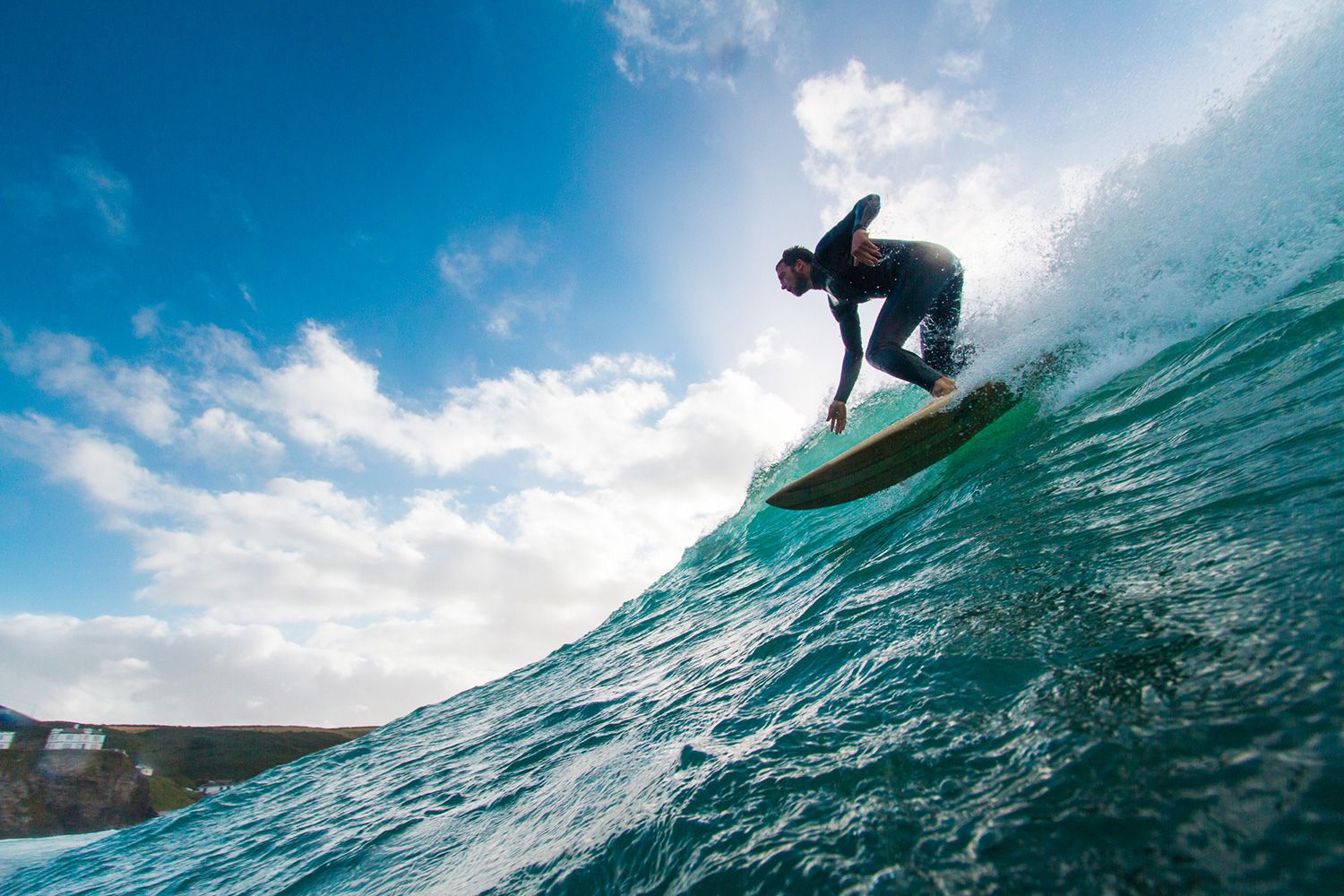 Winter At The Wall

If you take a left out of the end of our road, follow it a mile or so to the end and turn right down the valley, you’ll meet the Atlantic Ocean at Portreath. For much of the year we simply drive through Portreath on our way to surf at Godrevy or Gwithian (the coast road along North Cliffs is beautiful), but when a decent swell hits this moderately sheltered bay is often as far as we get. In 1760 the harbour wall was built here to provide sheltered access for ships that were loaded with copper ore to be transported to South Wales for smelting (it took a lot more coal to smelt copper ore than it did tin, so the ore was taken to South Wales were there was a plentiful supply of coal) and brought back steam coal to power the mining operations in Cornwall. Portreath became a prosperous port because it was on the North Coast and so ships did not have to make the hazardous journey around Land’s End and Lizard Point to reach the safe harbours of Falmouth, however getting in and out of the harbour at Portreath was also often problematic and dangerous. In 1801 the harbour was enlarged and the pier extended. On the end of the pier a small stone building was constructed, which came to be known as the “monkey hut”, which harbour pilots are said to have used for shelter when guiding ships in; they would stand on the end of the harbour wall and wave flags, or hang different coloured lanterns.

In January of 2014 the enormous swell that hit the Cornish coast with Hurricane Hercules destroyed the iconic building on the end of the harbour wall, and washed away large sections of the wall itself; over 100 tonnes of masonry was thought to have been dislodged. The historic shelter has since been rebuilt, but when a large swell hits the waves still wash over the small white “pepper pot” building and refract off the harbour wall, causing waves to wedge up and jump in size. Surfing here is challenging; Portreath Harbour Wall is the domain of a dedicated crew of bodyboarders who love the challenging wedges and the barrels that are on offer within metres of the wall, and they take-off incredibly deep and make seemingly impossible sections. Surfing here is a case of “you win some, you lose some”, as you try to position yourself to take-off where the refracting wedge will meet the peak, and negotiate bumpy drops and lumps of water moving sideways across the wave face in search of a cavernous barrel. It’s a cold, heavy, winter spot and it’s not for the unskilled or faint-hearted. It’s the perfect place to really test our 6’8″ semi gun model “The Riser”, and luckily our Chris has the skill and the heart to take it on. Although as you can see from the images below (shot from multiple angles by Laurie McCall in the water and Sarah Bunt on the beach), he definitely didn’t win them all. 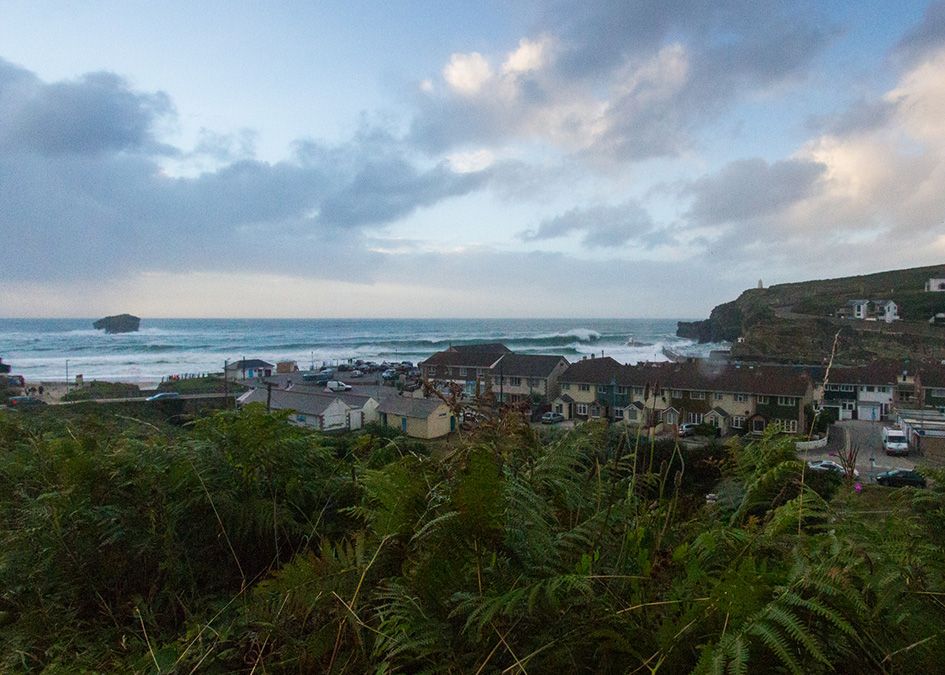 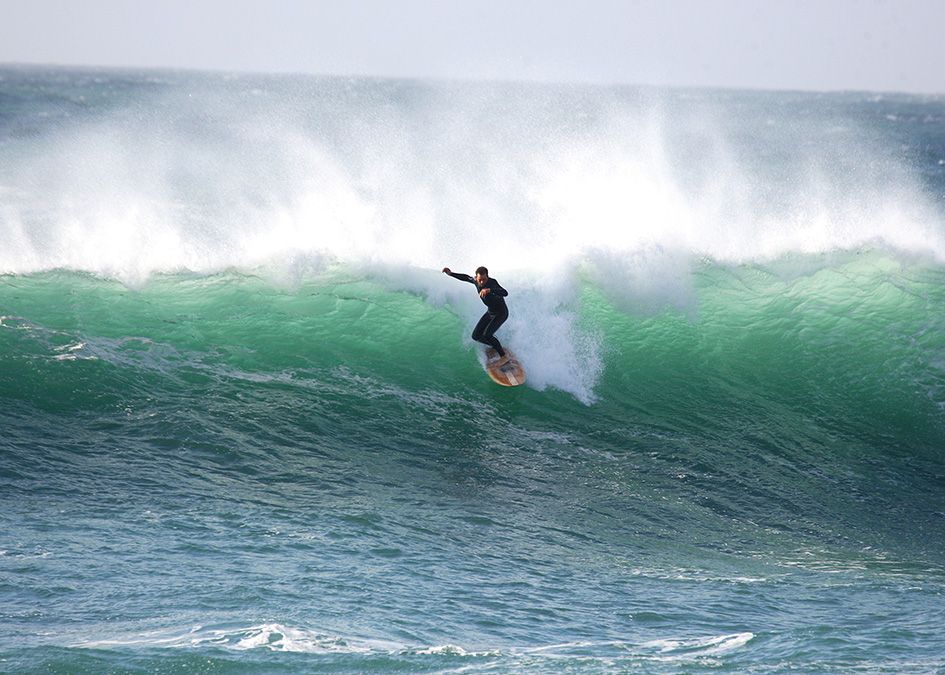 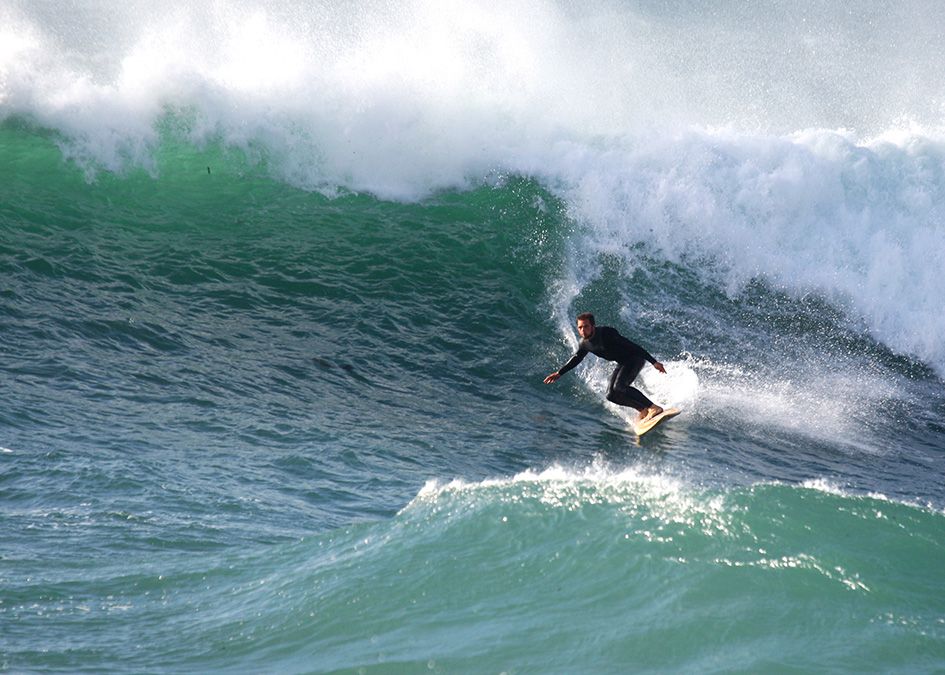 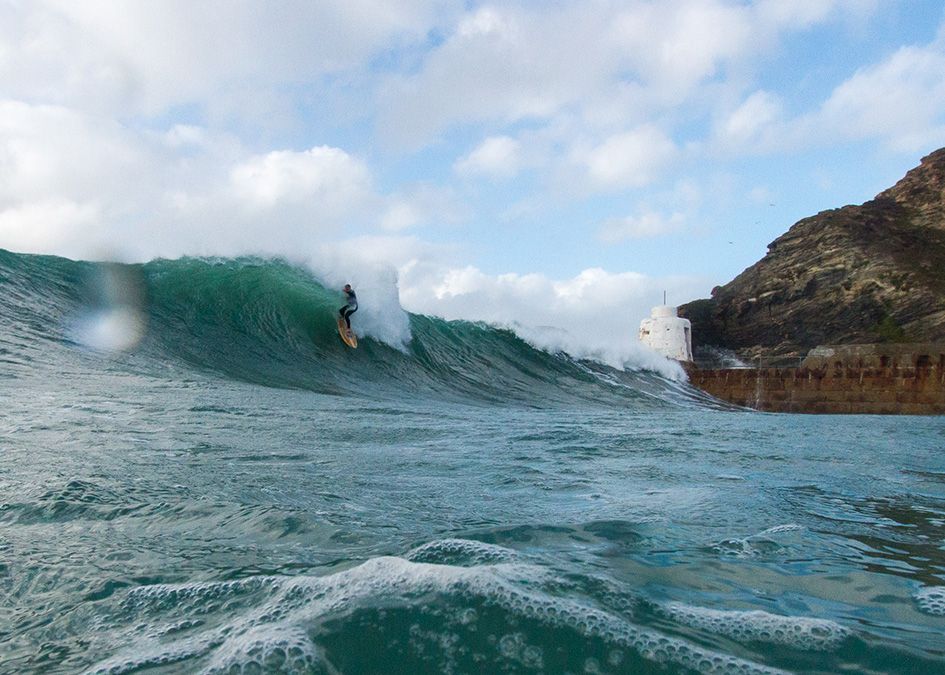 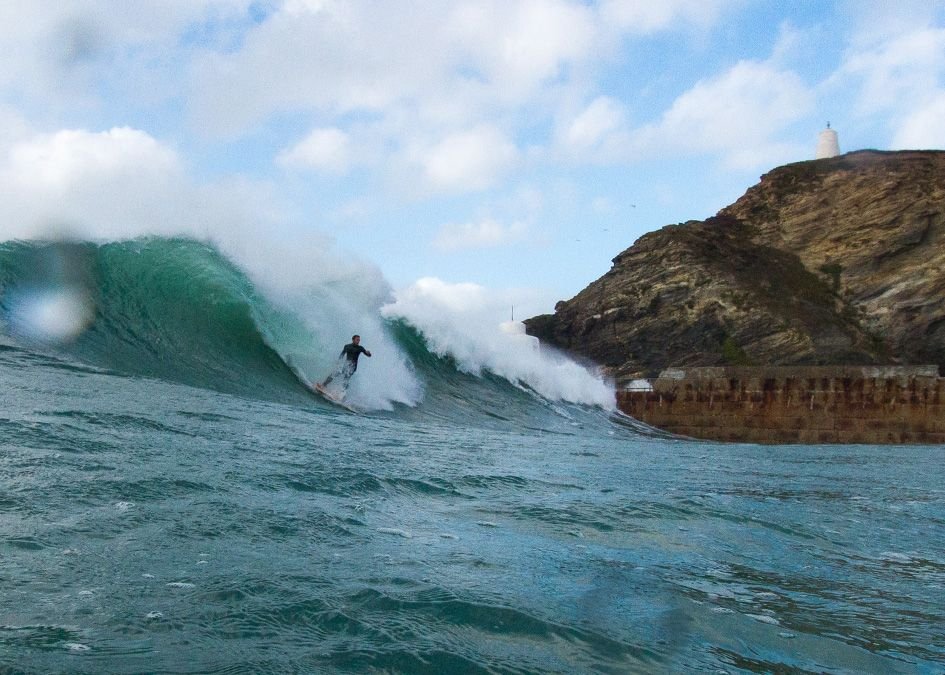 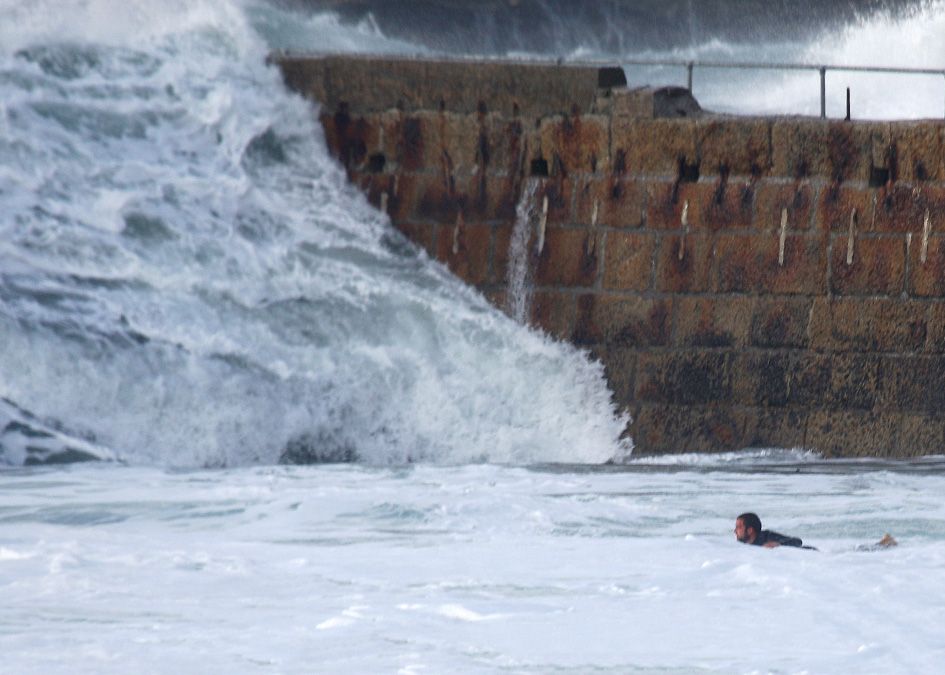 Huge thanks to Laurie McCall and Sarah Bunt for the use of their images.