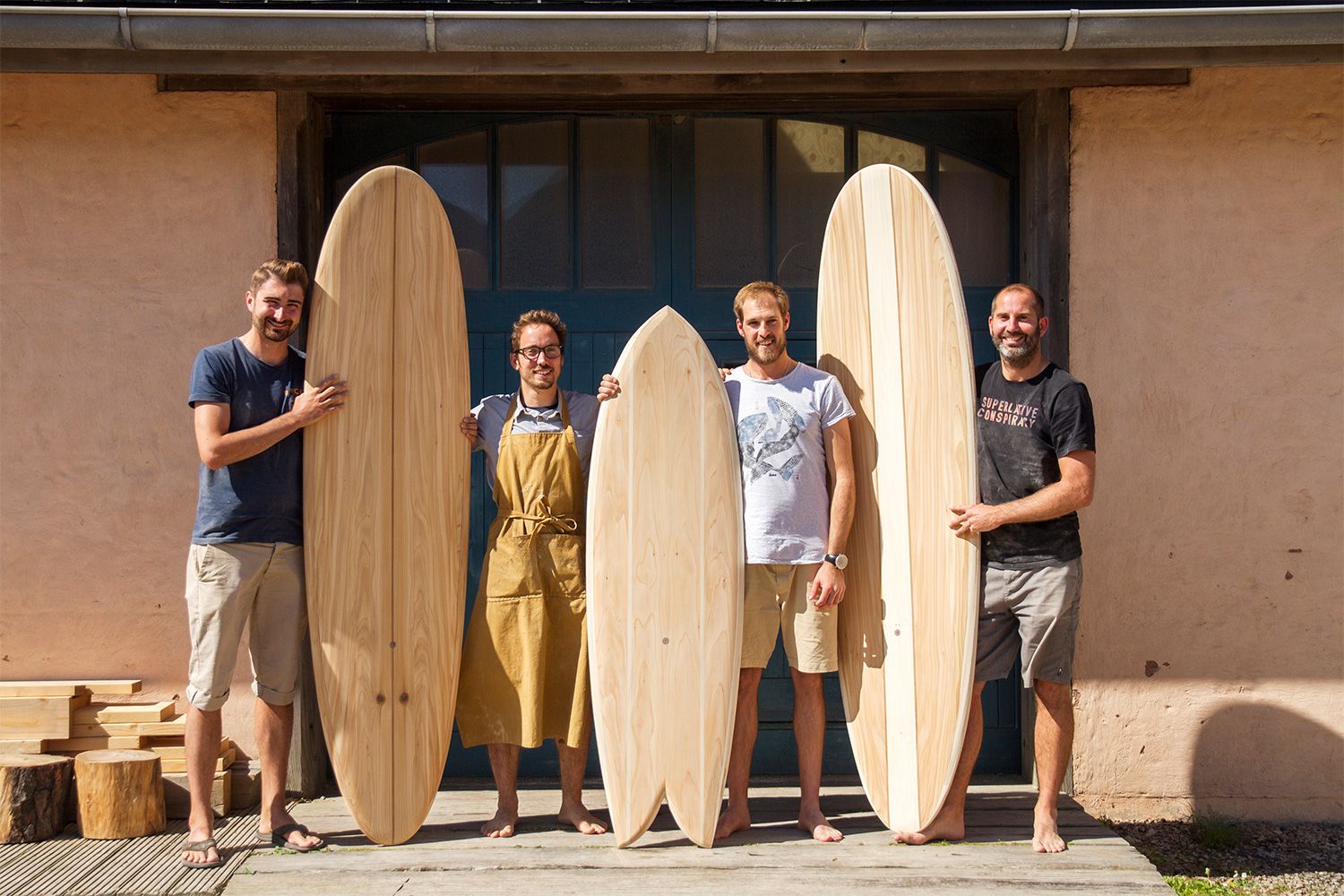 Our August Bank Holiday workshop had a little bit of everything in it, and as such was a fantastic representation of what makes our “Make Your Own” wooden surfboard courses so special; Matt, Terry and Martin (in that order in homage to the late Hobie Surfboards shaping legend Terry Martin…) arrived on the Bank Holiday, ready to start work when the rest of the country was enjoying a day off, and each had their own story to tell. 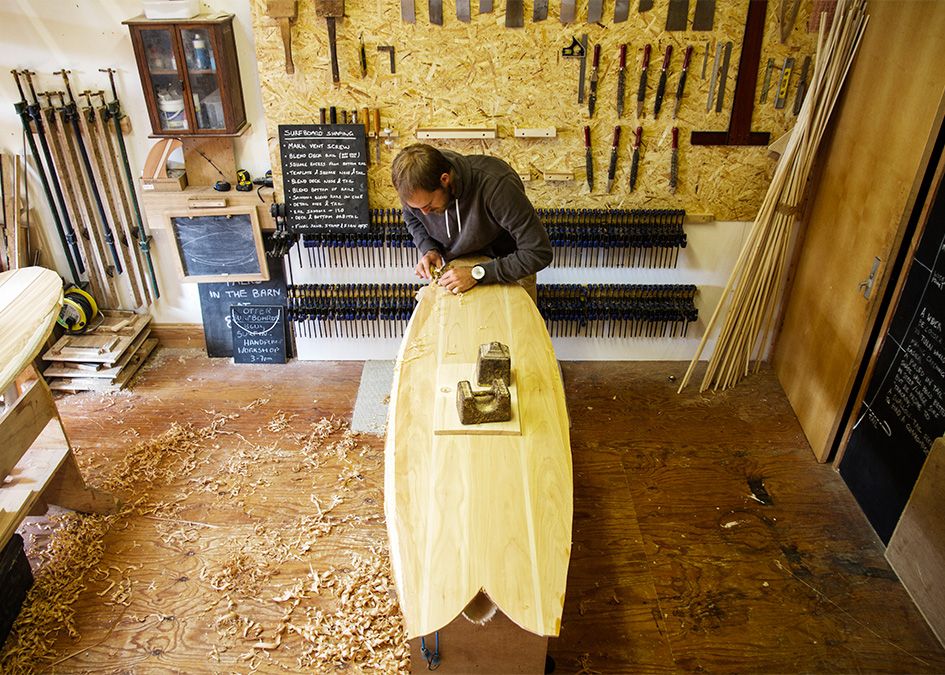 Matt’s choice of surfboard has everything to do with the wave where he will surf it the most; Seal Point, and the Seal Point Beaches in St Francis Bay, South Africa (made famous in Bruce Brown’s original Endless Summer movie) are just a few blocks away from the house where he grew up and having worked at sea for many years that is where he is returning to in a few months time. Seal Point and its neighbouring beach break are popular surf spots in summer, when they pick up almost any swell going. Matt built himself a 5’11” (slightly longer) Fetch Fish which will be the perfect board for both the long South African right hand point breaks that surround Matt, and the uncrowded summer beach break at the end of his street. 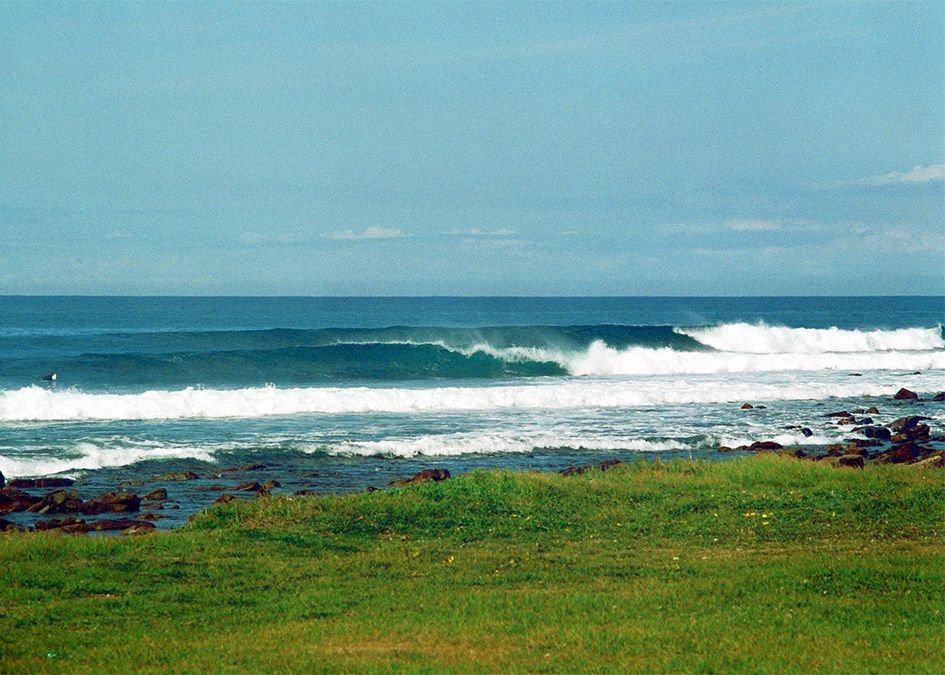 Our own Mat spent some time living and working in nearby Jeffrey’s Bay some years ago and surfed Matt’s local a fair few times, and the two of them spent several tea breaks getting excited for the waves that this surfboard will see. Thankfully, having grown up surfing there, Matt is pretty good at finding the high line to make it around the rock named Full Stop that sits halfway down the point! 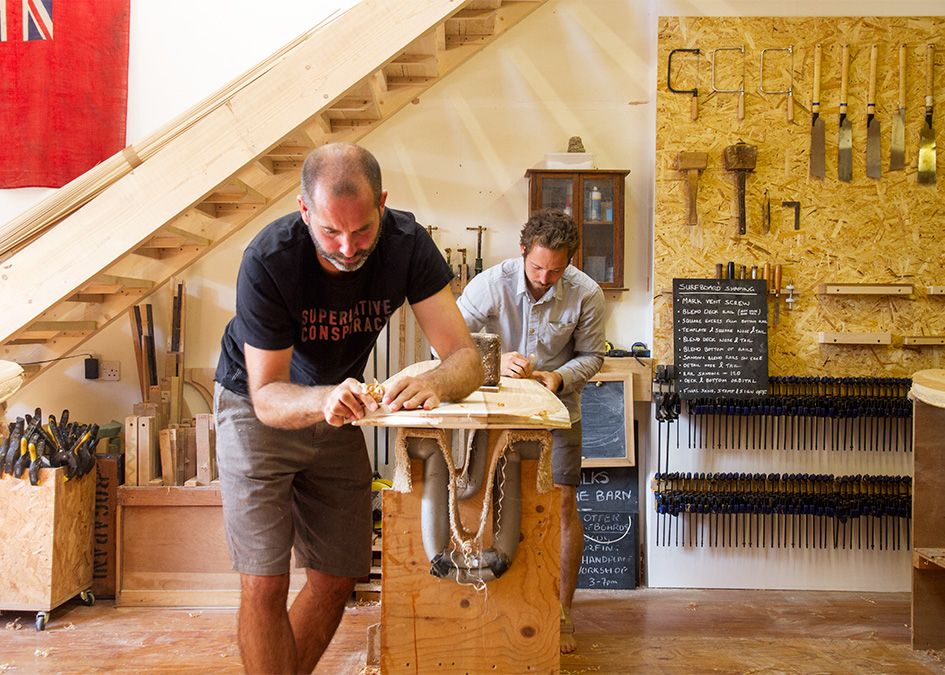 Terry’s workshop week was a “big” fortieth birthday gift from a group of his nearest and dearest. He made a lovely 7’4” Island Hopper, but stopped short of writing the names of all of the people involved in sending him on the course on the bottom of the board once he’d had a go with our pyrography pen and realised how long it would take him! He settled instead for signing his surfboard off with the words “Thank You”. Terry’s definitely an out-of-doors “doer” and we think his family and friends made a great choice sending him along to us; earlier this summer (his birthday was back in June) he spent a few days mountain biking in the Pyrenees with friends as part of a birthday trip, and in the past has cycled from the north coast of Wales to the south coast (175 miles) in a single day! 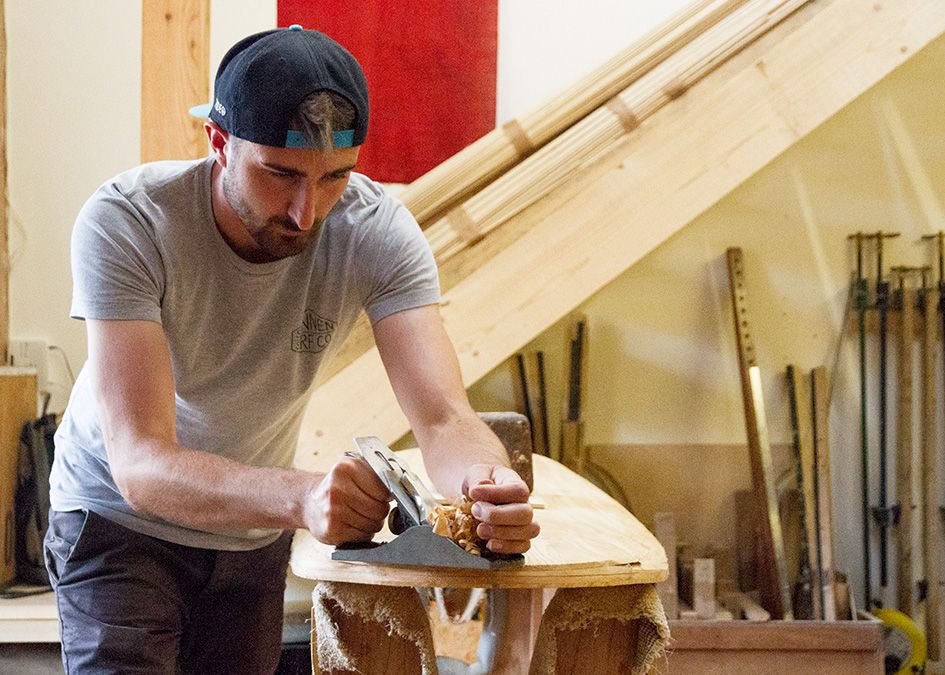 Martin, who was working at the trestles nearest the workshop door, is a designer by trade. He’d been planning on signing up to make his own surfboard with us for a while, and over that time had come up with his own artwork (what, on a regular foam surfboard would be the spray-job) to customize his surfboard. He also built himself a 7’4” Island Hopper, but with just a single dark stringer. Once it was all finished we then had two stencils produced so that the tail end of the surfboard could be sprayed black, curving up to a point on the central stringer leaving a fishtail shape of wood right between where his feet will land, with the other being for a complementary logo nearer the nose. The spray on the tail will give the board a classic pattern that is most often seen when traditional longboards have been laminated with a decorative Volan glass patch (a stronger, heavier glass that gives a green tint to a white foam surfboard) on the tail. We won’t see the finished article until we collect Martin’s surfboard from the laminator’s, but we think that it’s going to look stunning. 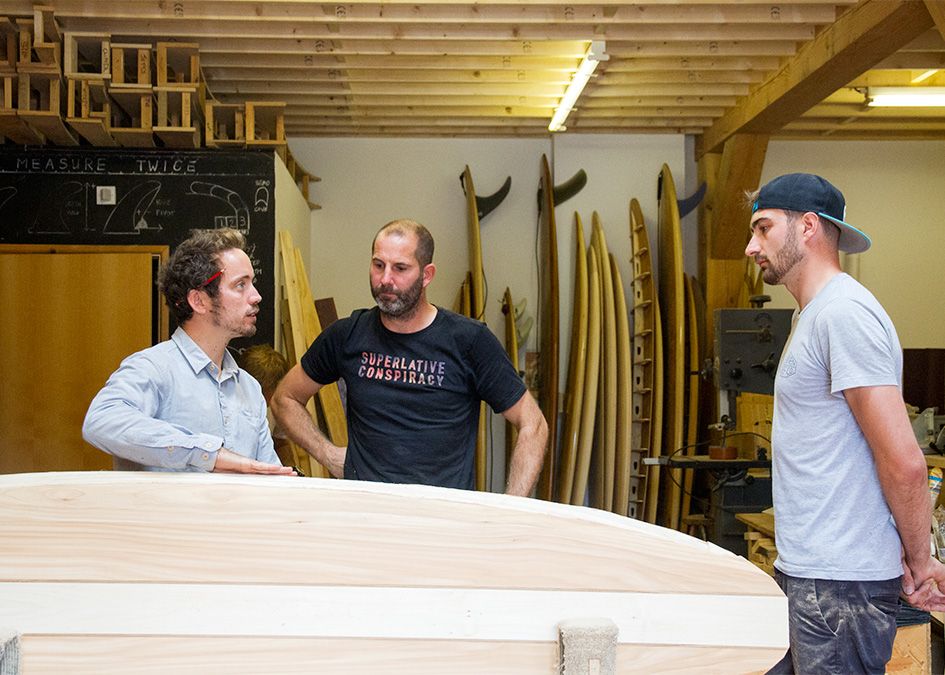 Matt, Terry and Martin represent a really good cross section of our workshoppers (although, they are by no means a comprehensive representation); Matt having joined us from overseas, and selecting his surfboard shape with a specific wave in mind, Terry coming as a “big” birthday present with his family and friends having picked up on his hints and surprised him, and Martin representing those workshoppers who have worked towards coming on a course to build their own wooden surfboard, and by the time it comes around having a very specific “dream board” that’s developed over the waiting period and that they’d like us to help them realise. It’s this variety of interesting characters that makes workshop weeks our favourite weeks of the year – alongside the upcoming Annual Gathering of Makers when we get as many former workshoppers together as possible for a catch up over a weekend of waves and a communal dinner.

View the dates of our Wooden Surfboard Workshop Courses here.