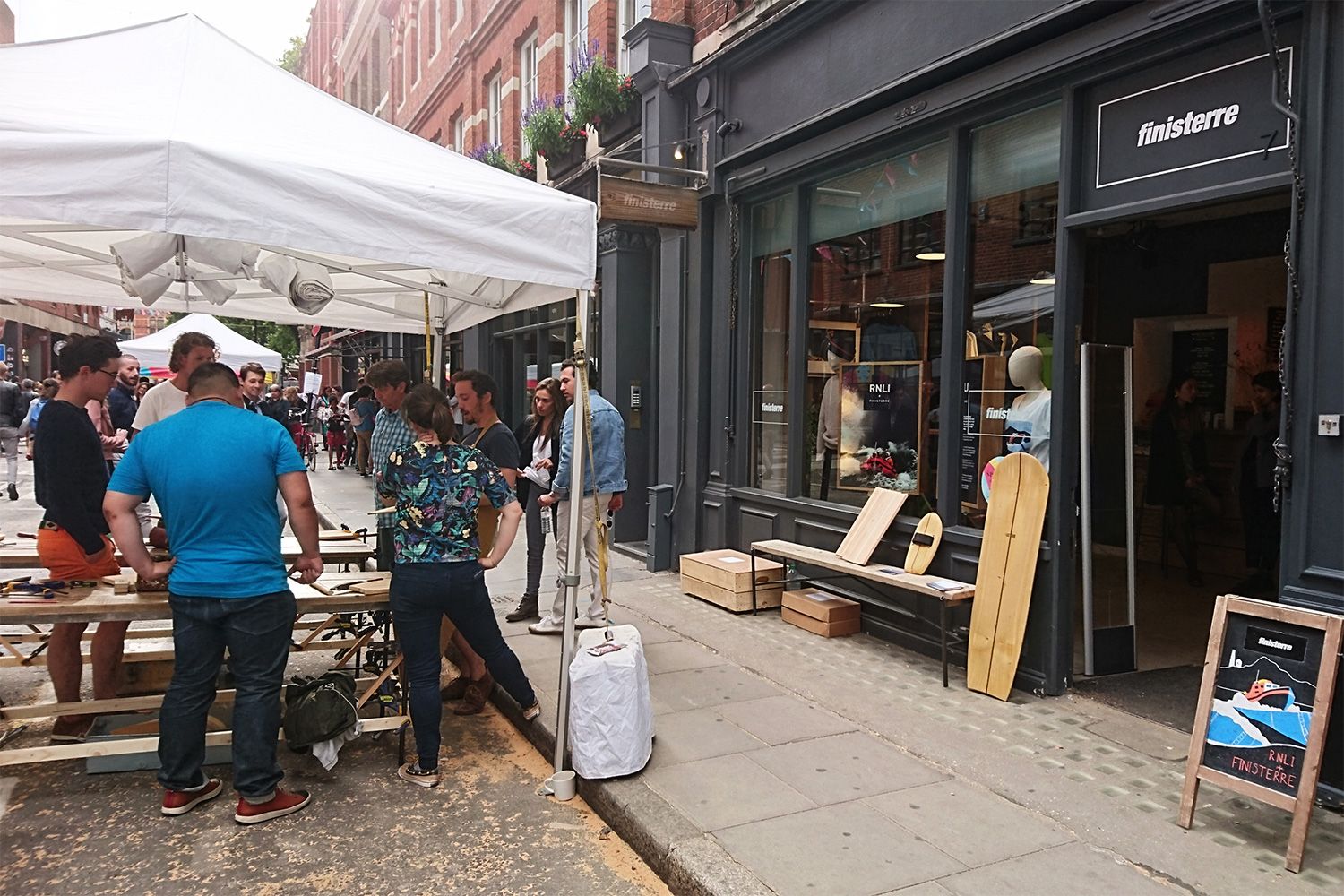 Bringing Bodysurfing Stoke To The Big Smoke With Finisterre

It feels somewhat counterintuitive to drive away from Cornwall and head up to London in the middle of August, but last weekend that’s exactly what we did when James and Liz set off for Seven Dials to run our annual make-your-own handplane workshop at Finisterre’s flagship store. The workshop was part of Spotlight 2017, a one-day festival that sees Seven Dials in London’s West End (just above Covent Garden) transformed into a traffic-free hub of of music and entertainment. This year, trestle tables were set up under a gazebo on the street in front of the store, and the two half day sessions became part of the entertainment for curious passers-by.

Although we don’t rate summer in the city as highly as summer by the sea, it was a lovely few days; we caught up with our friend Riz from Riz Boardhsorts (who make lovely sustainable swim shorts from recycled plastic bottles), and recent workshoppers Tim and Rich both stopped by to say hello, not to mention all of the wonderful people who joined us to make their own handplanes. Amongst those who spent their Saturday crafting in the city was Nick who came to our Boards, Bangers and Beers event back in June, Jon Khoo from Interface carpets (who make innovative carpets from old fishing nets) and the editor of every surfer’s staple The Stormrider Guide series, Bruce Sutherland, and Steph Pomphrey from Huck Magazine. We had a lovely day getting to know everyone and bringing some bodysurfing stoke to the big smoke – thanks again for having us, Finisterre, and we’ll see you again same time next year! 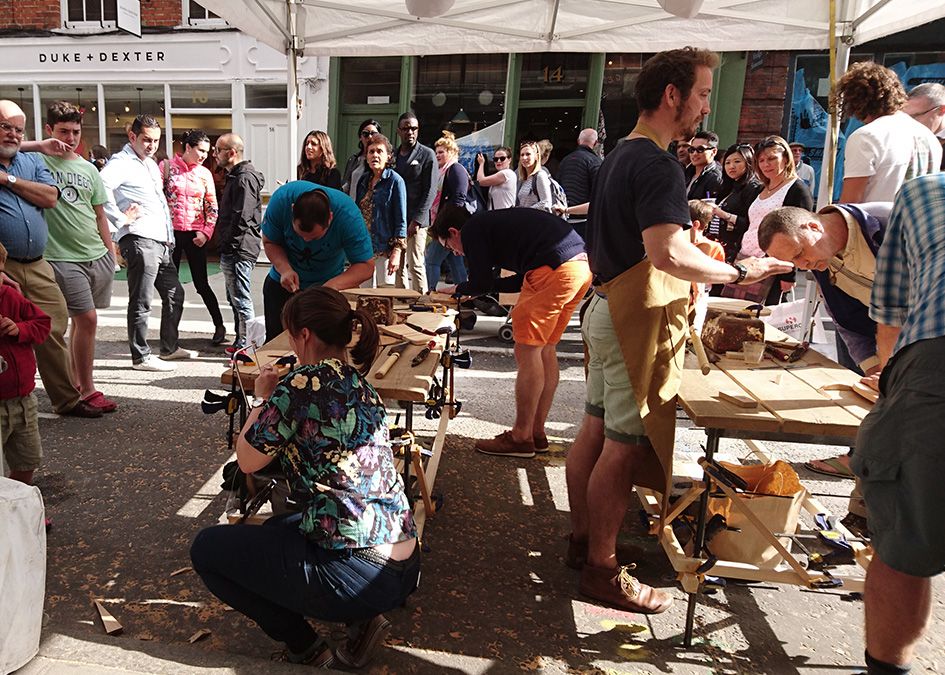 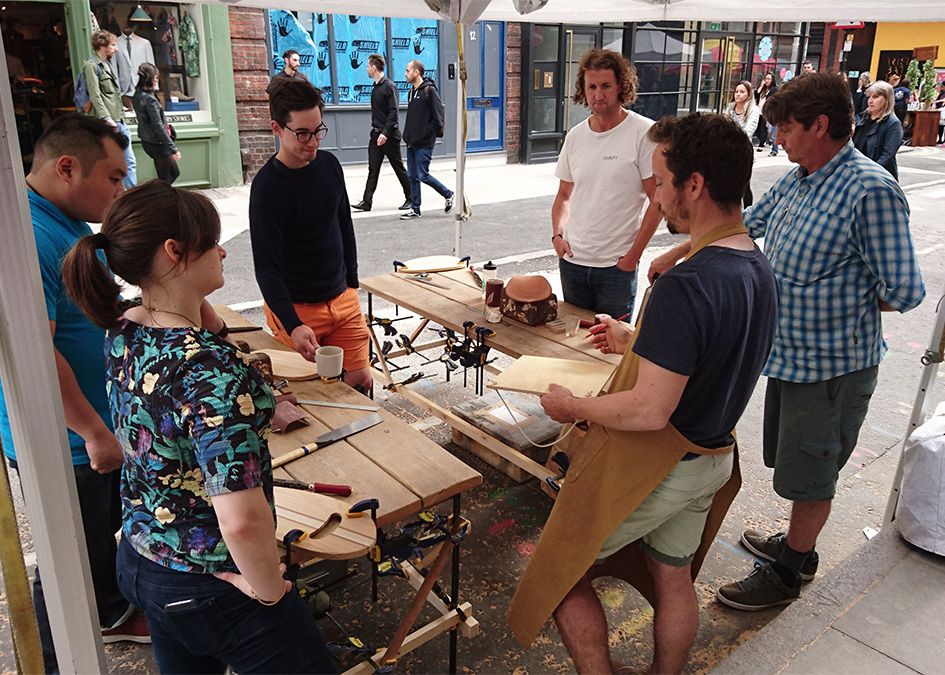 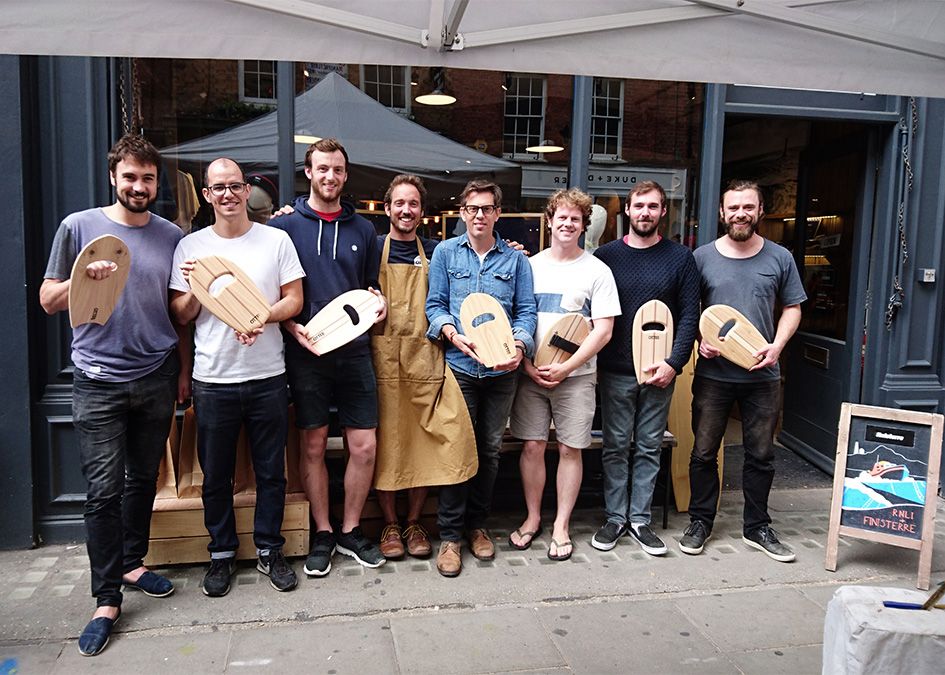 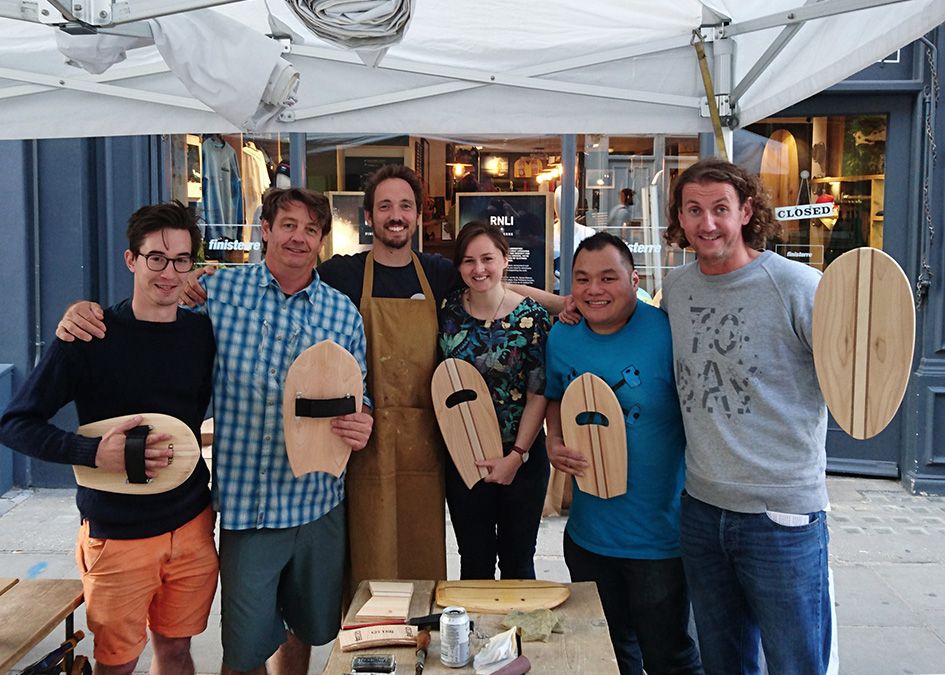