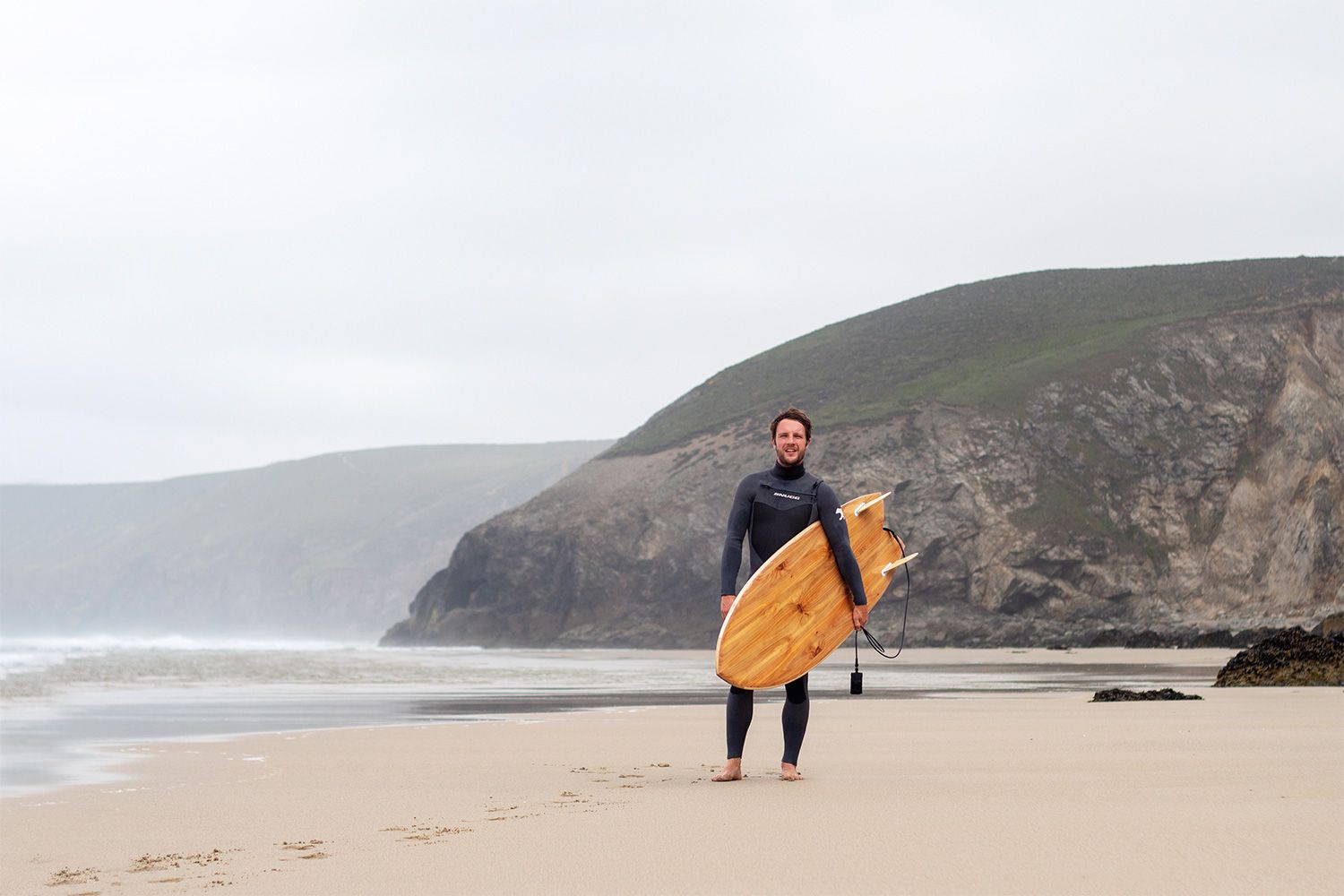 Allow us to introduce Ally. Ally is one of James’ best friends, and the latest member of the team here at Otter Surfboards. For his 30th birthday, Ally’s family gave him the gift of making a wooden surfboard here knowing that they were giving him the multi-faceted present of a new surfboard, a making experience, and a week in Cornwall with his friend James. The workshop’s date was open ended, and we waited for Ally to book a week off from his job as a youth social worker in East London. In the end he took an open-ended sabbatical, packed his things and moved to Cornwall. The depths of winter isn’t the time when most people make a big move to the coast – these sea changes usually happen in the summer when Cornwall looks like it does now (or like it does on the tourist board posters) – but Ally jumped in feet first. He started working on his surfboard with James, taking a hand in the entire process (selecting and milling the timber and making rail strips, which are the long, dusty processes that we normally do before a workshop starts) and crafting his surfboard in stages over the course of several weeks instead of in a one-week-hit. 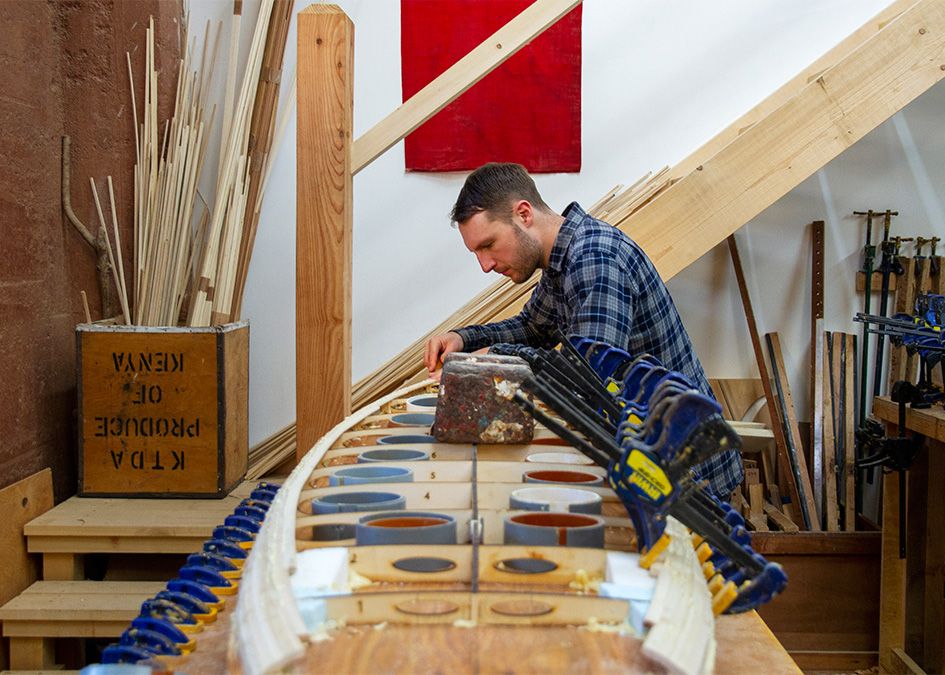 He moved onto a houseboat, got himself a part time job, and settled in so quickly that it seems as though he’s always lived around here. Having taken his time learning every part of the construction process with James meant that, when things started to get busy around here with the arrival of spring, Ally was the obvious person to ask to step in and help out around the workshop. He now joins us for a couple of days at the start of each week and works alongside Chris milling timber and preparing deck and bottom skins and rail strips for our wooden surfboard workshops, and making handplane and bellyboard blanks. What he didn’t know already he’s learnt fast, and it’s great having him on the team. 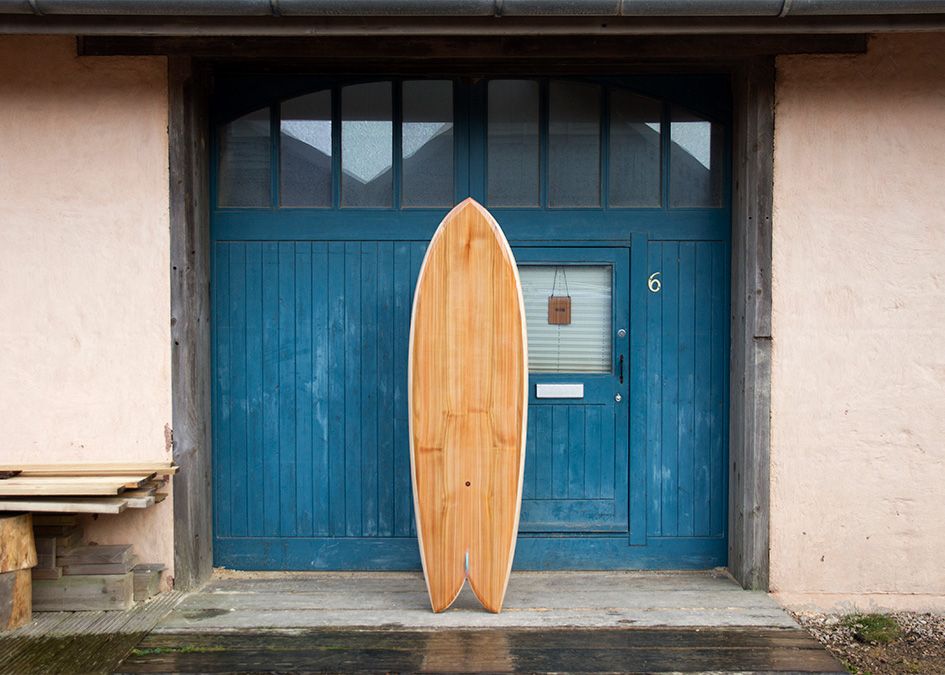 Ally finished and signed off his 6’4″ Woodburner fish in the snowstorms in March. It was laminated and sanded, like all of our surfboards, by Paul and Bro at Diplock Phoenix (the best of the best when it comes to glassing surfboards, as far as we’re concerned) and in the late spring it arrived back at the workshop ready to be splashed. It’s not often we get to witness that first surf, or be a part of it, but it’s a fantastic feeling for us all when we can. James and Ally waited for a good swell, picked a good bank with nobody else surfing it, and paddled out for a surf together. 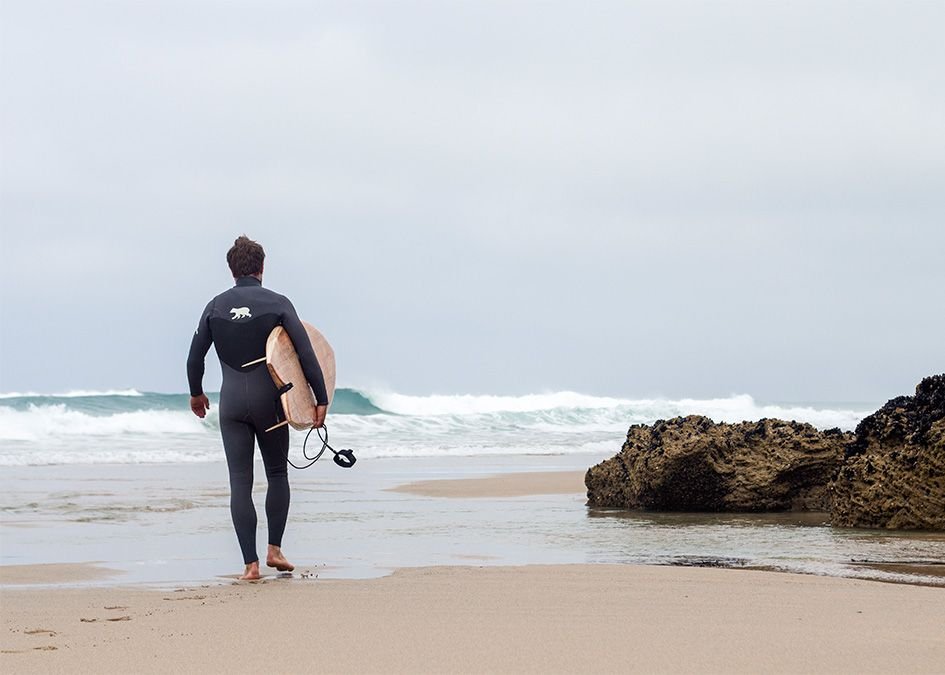 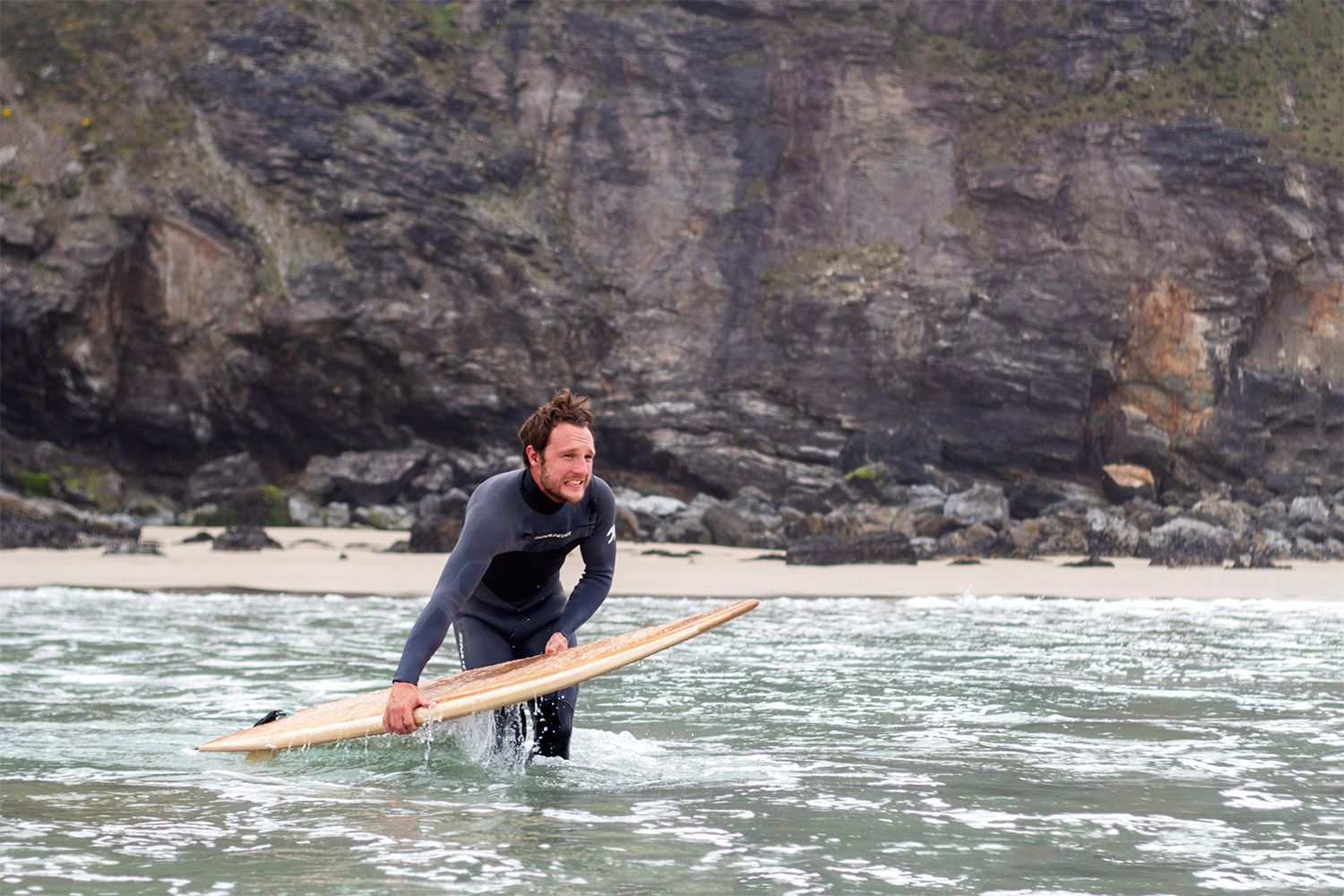 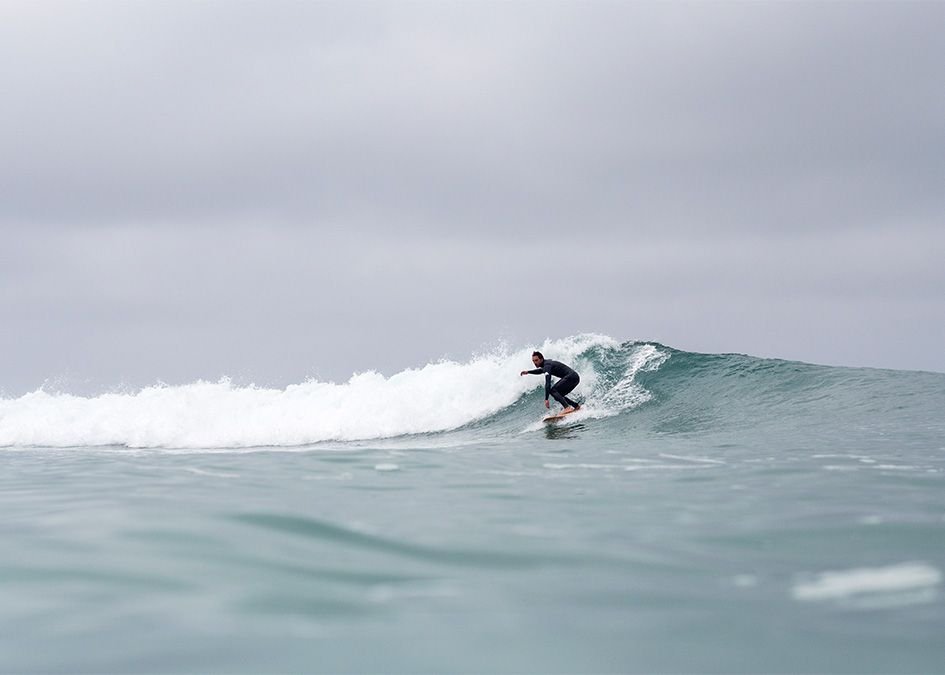 To anybody watching it would have looked like two friends going for a surf together. And it was; but on wooden surfboards that they’d made themselves, one of which has been the catalyst for one of our friends to make some big changes and join us here at the workshop on a more long-term basis. For that, we’re very thankful. Welcome onboard, Ally!​ 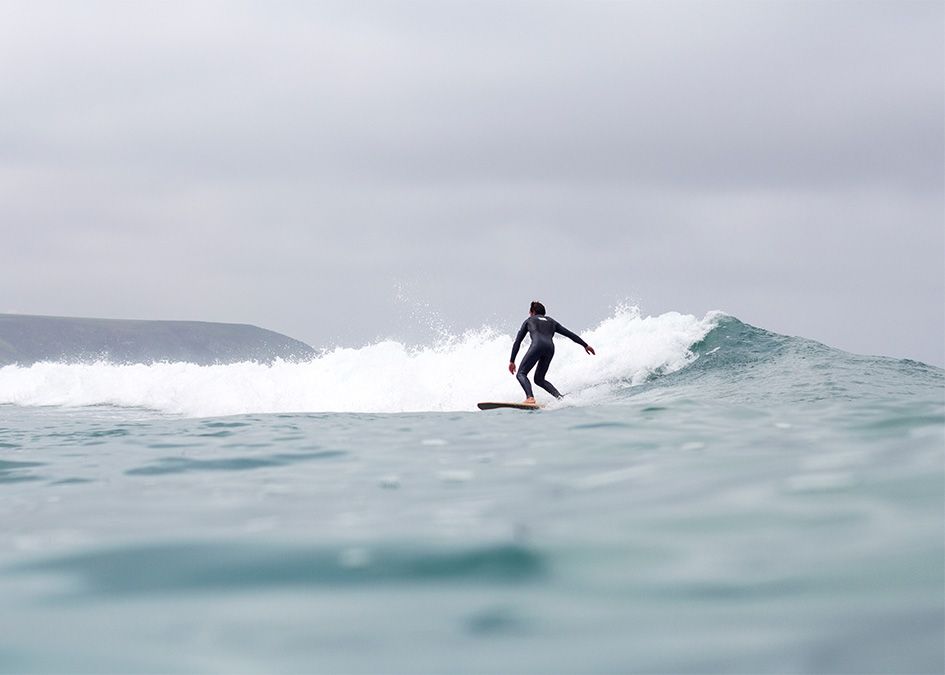 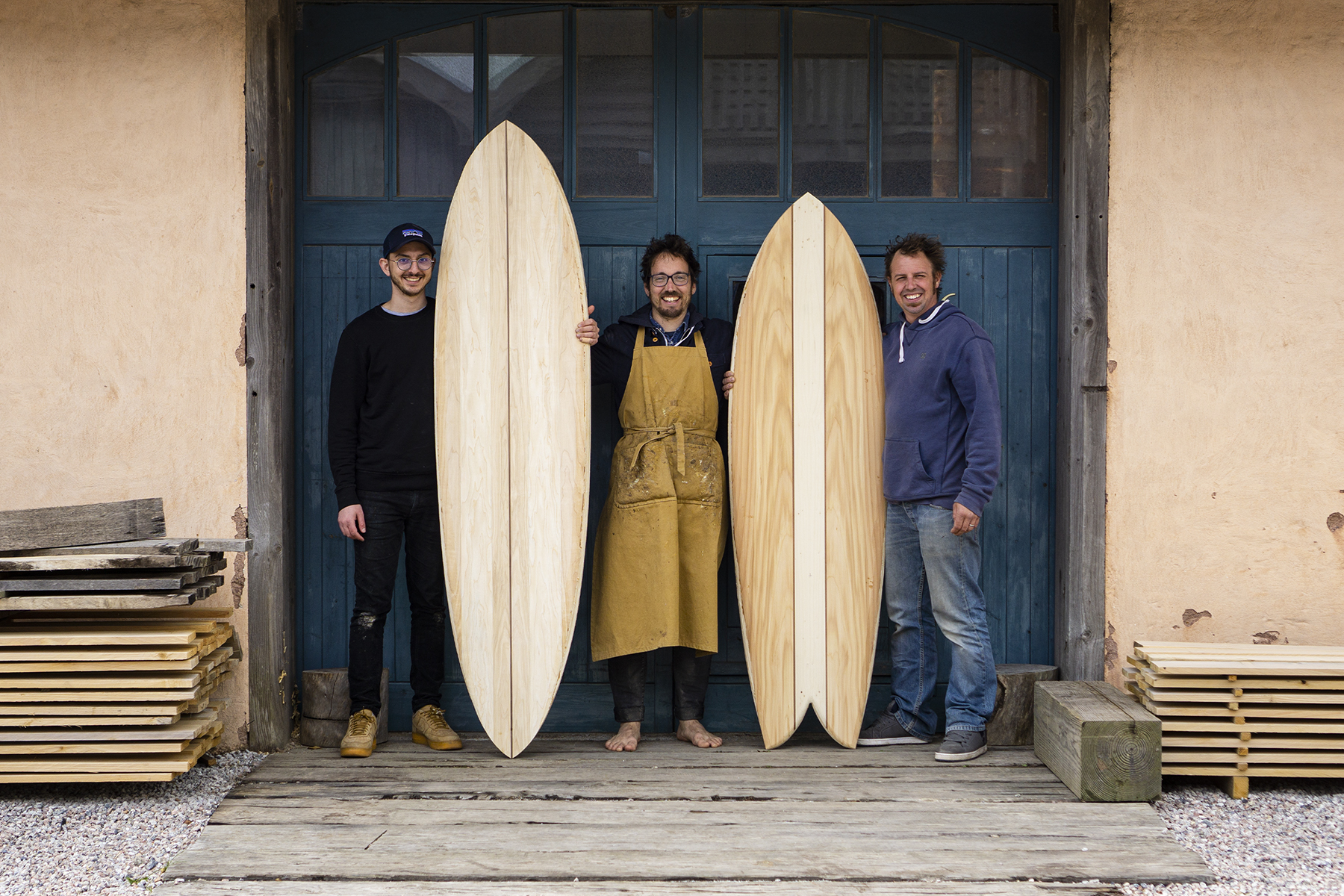 A Change is as Good as a Rest: Chris and Phil’s Wooden Surfboard Workshop Experience

Last week we were joined here in the Otter workshop by Chris and Phil who came to make their own sustainable wooden surfboards, Chris made a 6’4... 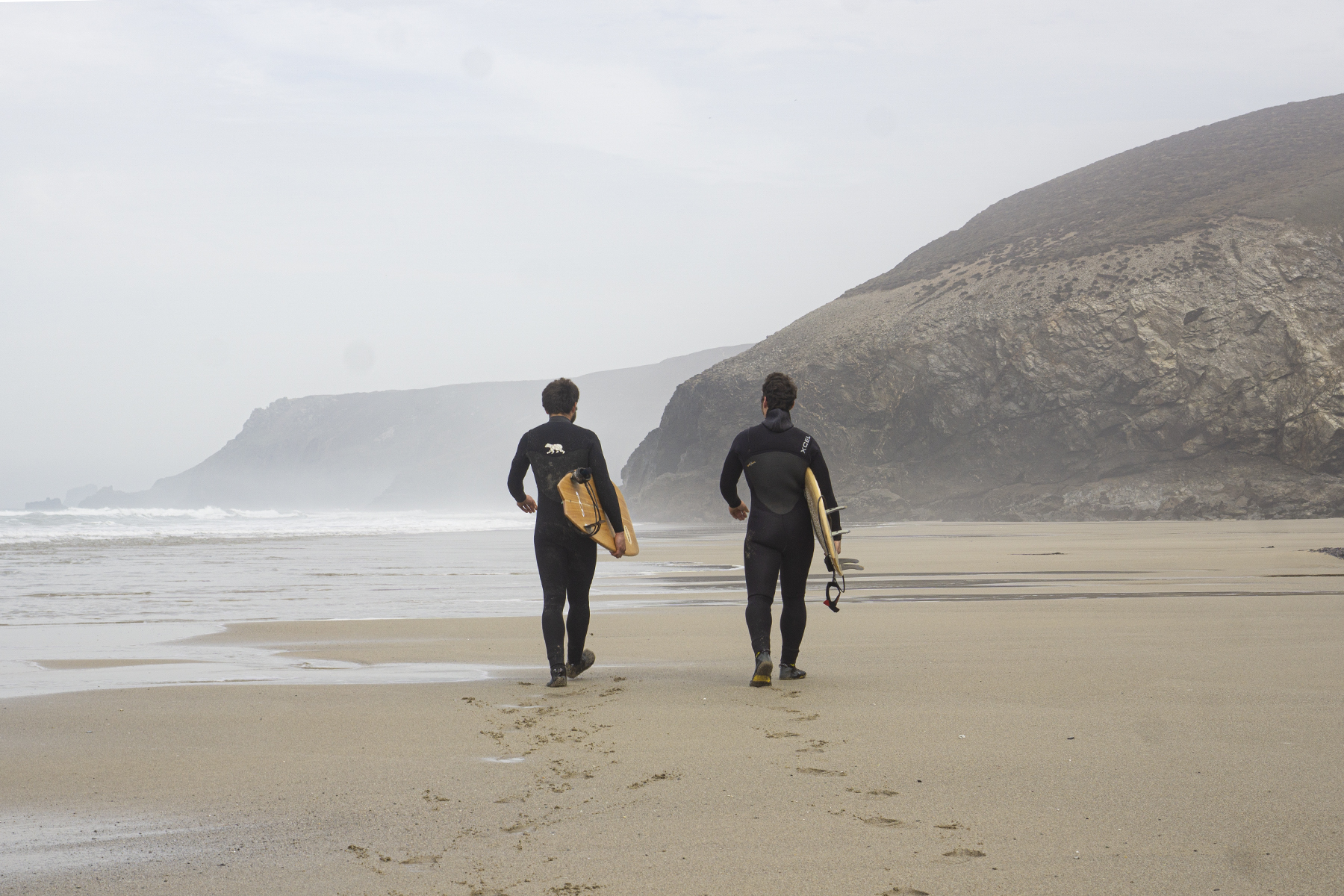 If you follow Otter Surfboards on social media, you may have come across our weekly posts documenting our encounters at Porthtowan Beach on a Monday... 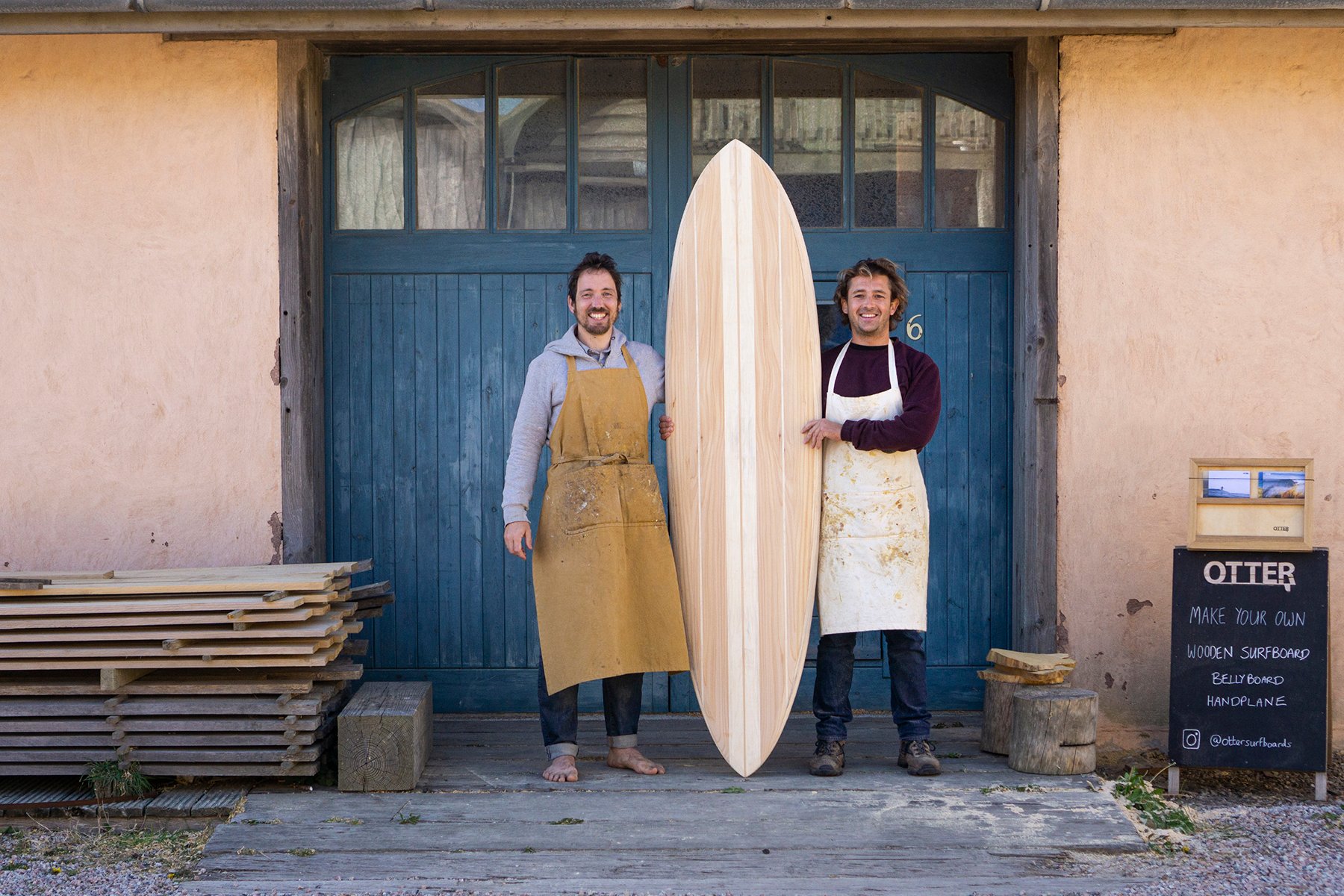 During the sunny and calm days of last week we welcomed Sam to the Otter workshop to make his own wooden surfboard. The lack of waves at the bottom... 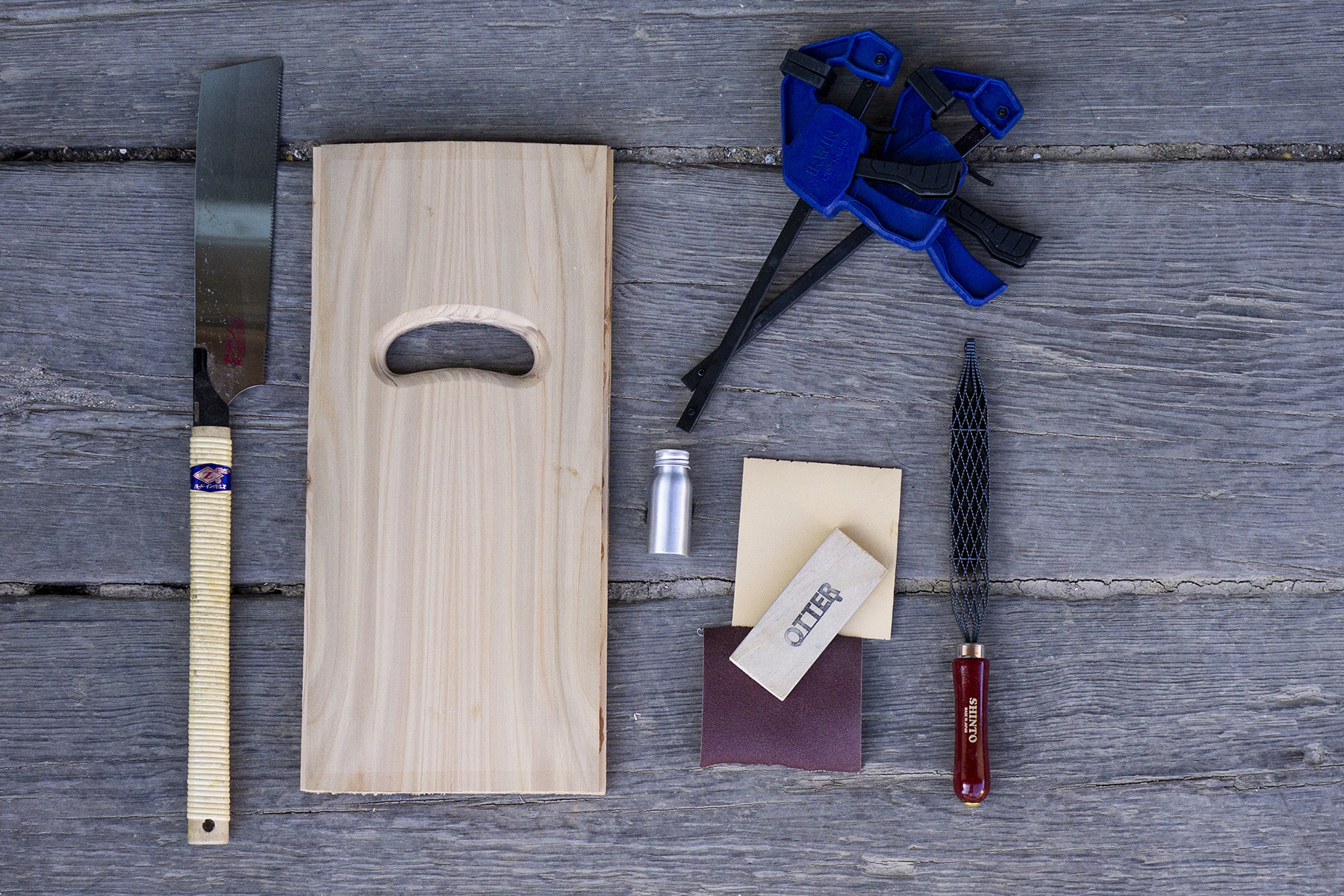 How To Make Your Own Bodysurfing Handplane

For those of you that have bought one of our handplane kits, this How To guide will take you through each step of the making of your bodysurfing...