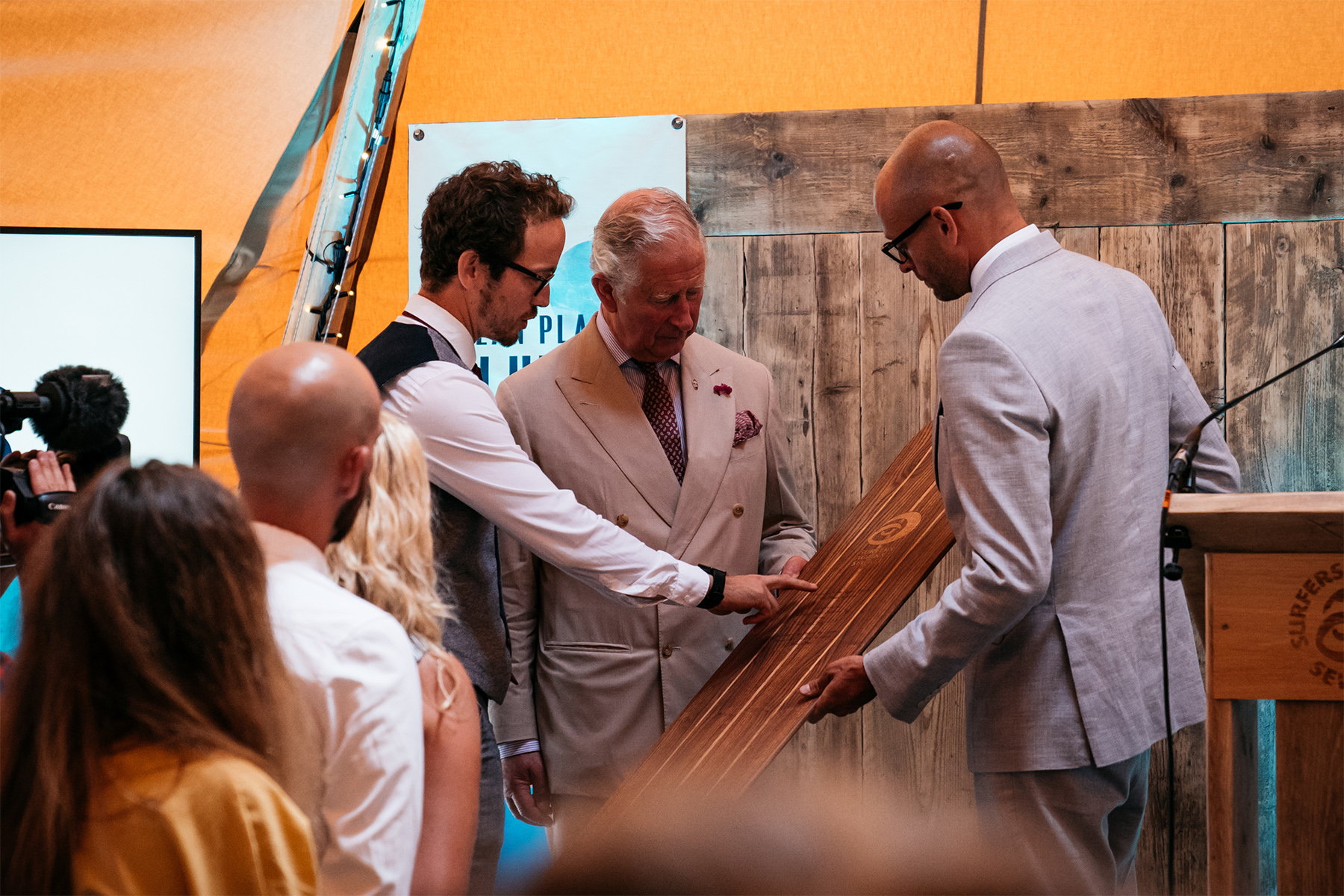 Royal Oak: How We Made a Wooden Bellyboard for HRH Prince Charles

Surfing is often referred to as “The Sport of Kings” thanks to its ancient history as the preferred pastime of Hawaiian kings and queens, but it is not only the Hawaiian royalty and nobility who enjoyed riding waves – our very own British Royal Family have been known to also.

Great Britain, the Hawaiian Islands, and their Royal Families have had a long and interesting relationship through the 18th, 19th and 20th centuries. The Sandwich Islands, as they were first called, developed and preferred strong links with Britain to their American neighbours, and briefly became a British protectorate (for less than a year) after a war scare with France in 1843 – hence the Hawaiian flag featuring a Union Jack in the top left corner. It was only the demise of the Hawaiian monarchy in 1893 that saw relations with Great Britain fade in favour of America, but until then many Hawaiian royals travelled to Britain for their education (the first record of surfing in England was a pair of Hawaiian princes who were at school here in 1890), and members of the British royal family frequently visited Hawaii. 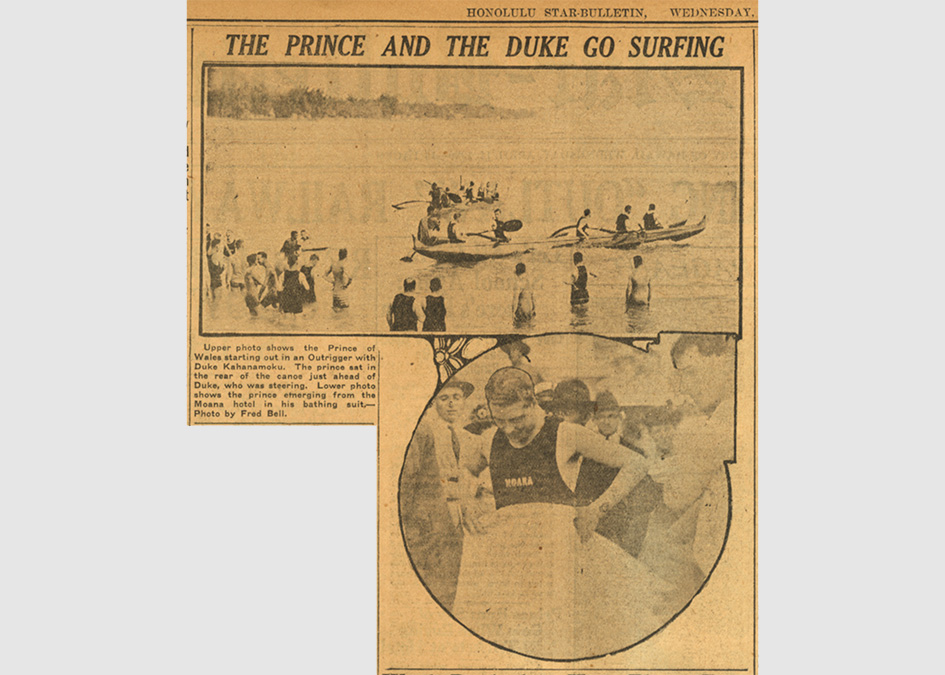 In April of 1920 Edward Windsor, Prince of Wales, and his great friend Lord Louis Mountbatten visited Hawaii aboard HMS Renown as part of a tour of the Pacific. Prince Edward made an official visit to Waikiki and was taken out on an outrigger canoe before being persuaded to try surfing with the iconic father of modern surfing, Duke Kahanamoku, on a finless wooden surfboard made from solid koa wood (a replica of this surfboard is on display at the Museum of British Surfing in Braunton, Devon). 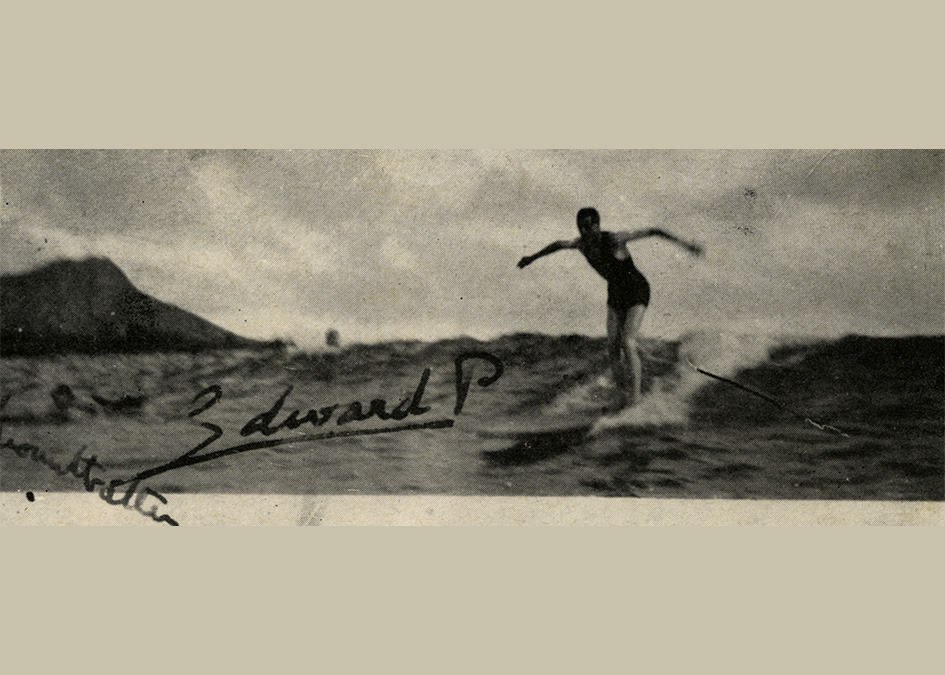 The future King of England enjoyed surfing so much that in September HMS Renown made an unscheduled return visit to Oahu for three days, so that Prince Edward and Lord Mountbatten could go surfing again – this time with David Kahanamoku (Duke’s brother) and Prince Kalakaua Kawananakoa (the only son of one of the princes who had brought surfing to England back in 1890). Considering the type of surfboard he was learning on, Prince Edward was a natural as he became a remarkably good surfer in such a short space of time. 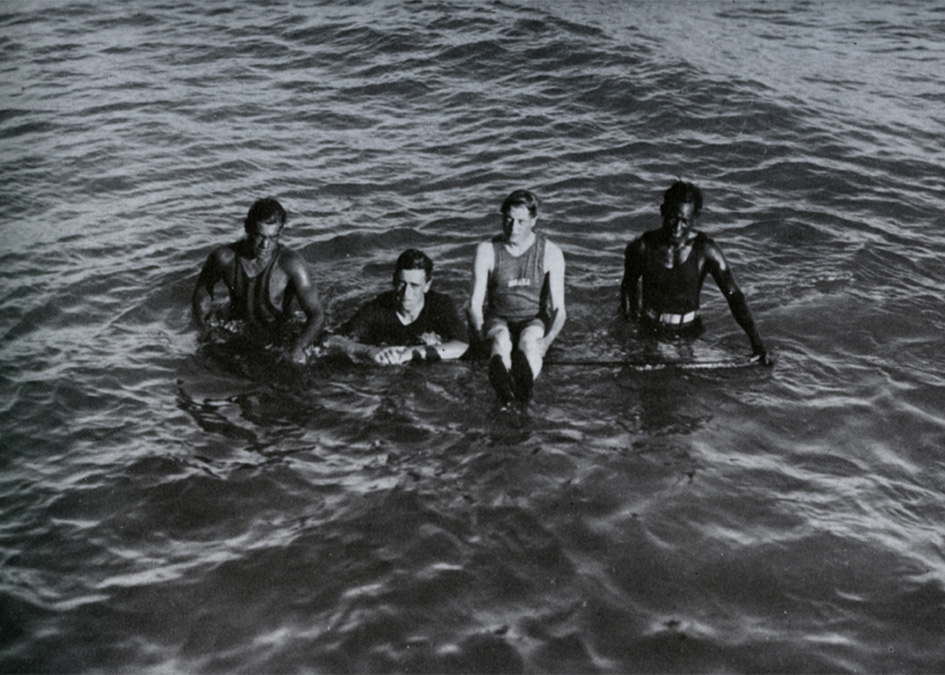 More recent generations of the House of Windsor have also enjoyed surfing – Prince Charles and his sons Prince William and Prince Harry have all been known to enjoy time in the waves, with William and Harry often surfing in Polzeath, Cornwall when they were on holiday with school friends in the early 2000s.

This week, their Royal Highnesses the Duke and Duchess of Cornwall visited Cornwall and were guests of honour at The Ocean Plastics Solutions Day Conference and Celebration, hosted in St Agnes by our friends at Surfers Against Sewage and Finisterre (who were celebrating their fifteenth birthday). We were invited to exhibit our wooden surfboards at the event, and were also given the honour of being asked to produce a traditional bellyboard as the official gift to present to Prince Charles. 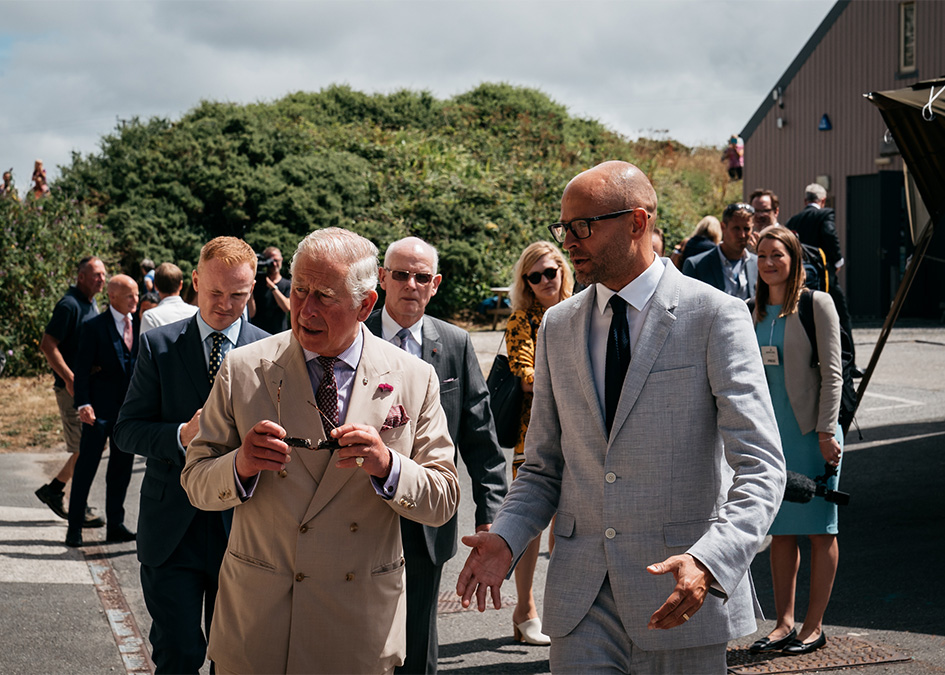 That is the reason why, on one morning in in early May, we set off for Gloucestershire.  Mat had had one of his ideas and had made a series of phone calls and e-mails trying to find out if we might be able to source a small piece of timber from the Prince’s gardens at his family home of Highgrove House, to inlay into the bellyboard. The estate team at Highgrove liked our idea and invited us to come and meet them to “take our pick from their woodpile”, which was an invitation that we couldn’t refuse. Highgrove House is famed for its beautiful gardens but there is also extensive parkland and woodland on the estate that also happens to border Westonbirt, the National Arboretum. The whole area is populated by a huge variety of beautiful trees. 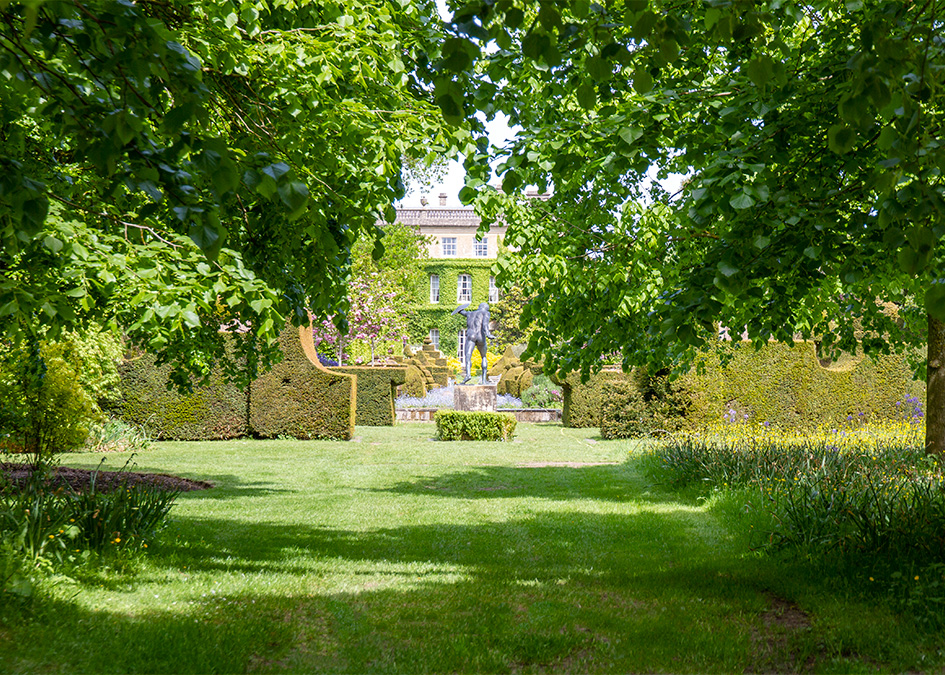 We passed through the security checkpoint and were met by the estate foreman Steve Staines, who escorted us onto the grounds and introduced us to his team. They are responsible for the care and maintenance of all of the trees at Highgrove, and had already laid out some rounds of Yew, Cedar, Cherry and Beech against a stable wall for James to choose from. 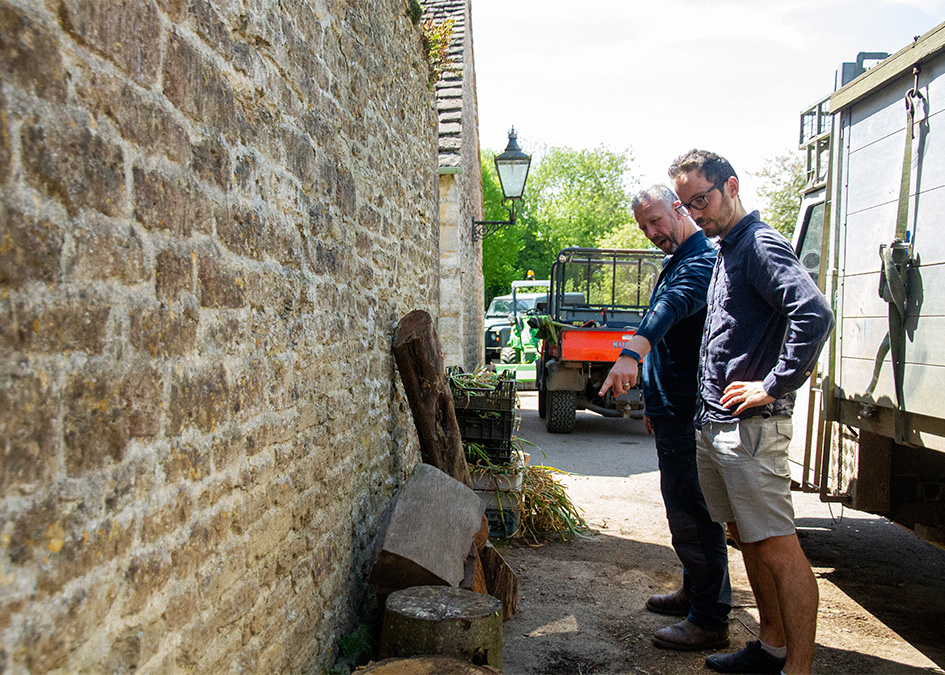 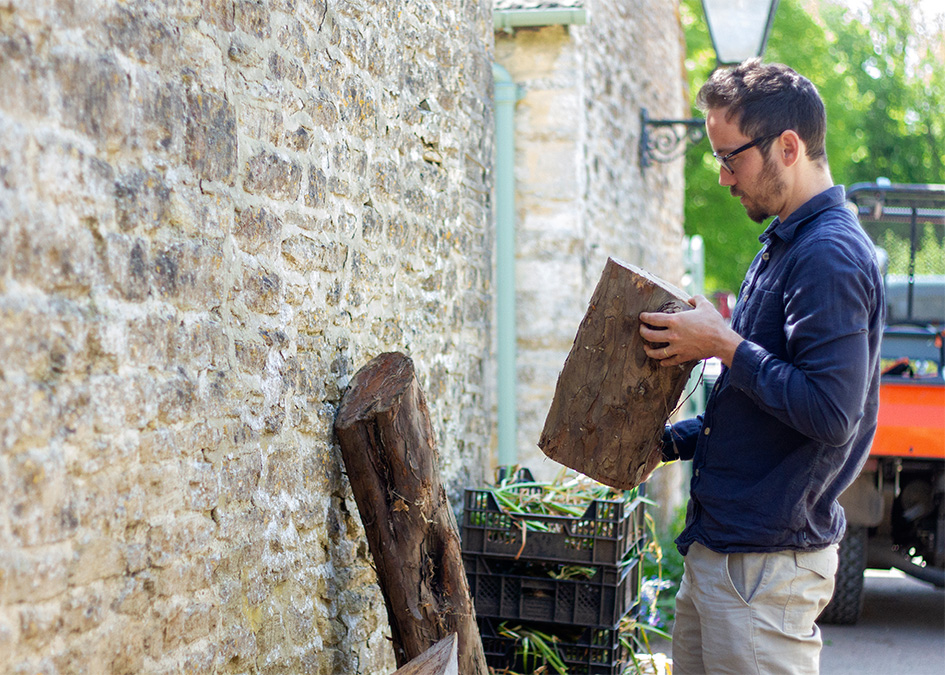 We started talking about the bellyboard that we wanted to use this timber for, and our idea to laser cut a thin veneer into a Royal Crest to inlay into the deck of the board, and Steve asked if we’d like any more wood, to use for the rest of the board. The thought of making an entire board for Prince Charles from timber from his home was incredible, and Steve pointed out that if it didn’t get used for a bellyboard then it’d probably end up as fence posts on the estate. They led us out to a huge stack of oak slabs that had been felled and milled over the winter, but were far too large for us to transport back to Cornwall, before taking us into one of the stables to pull some very well seasoned oak planks and posts out of a corner. 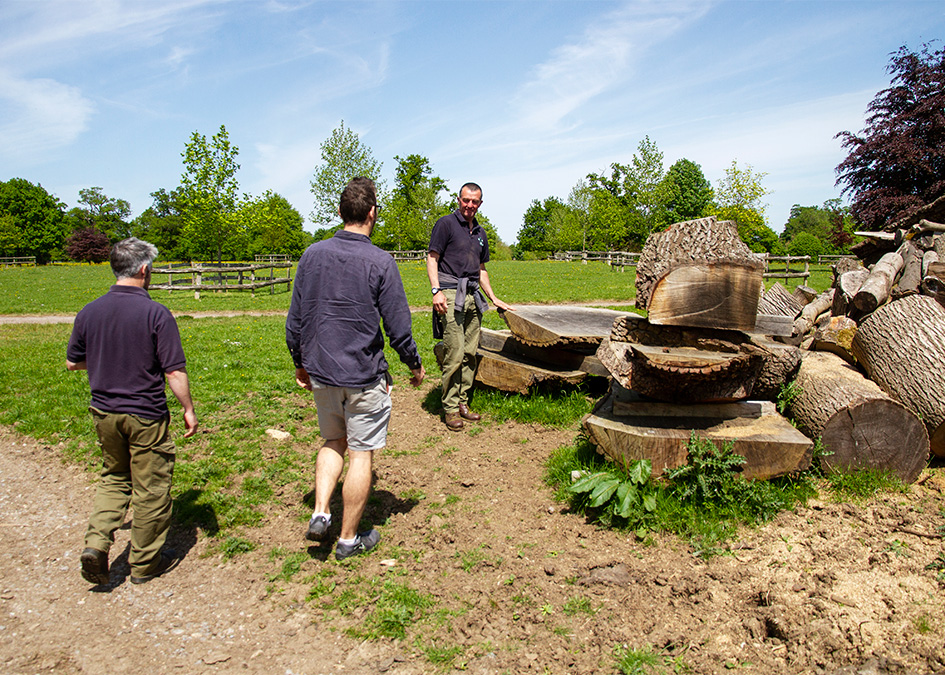 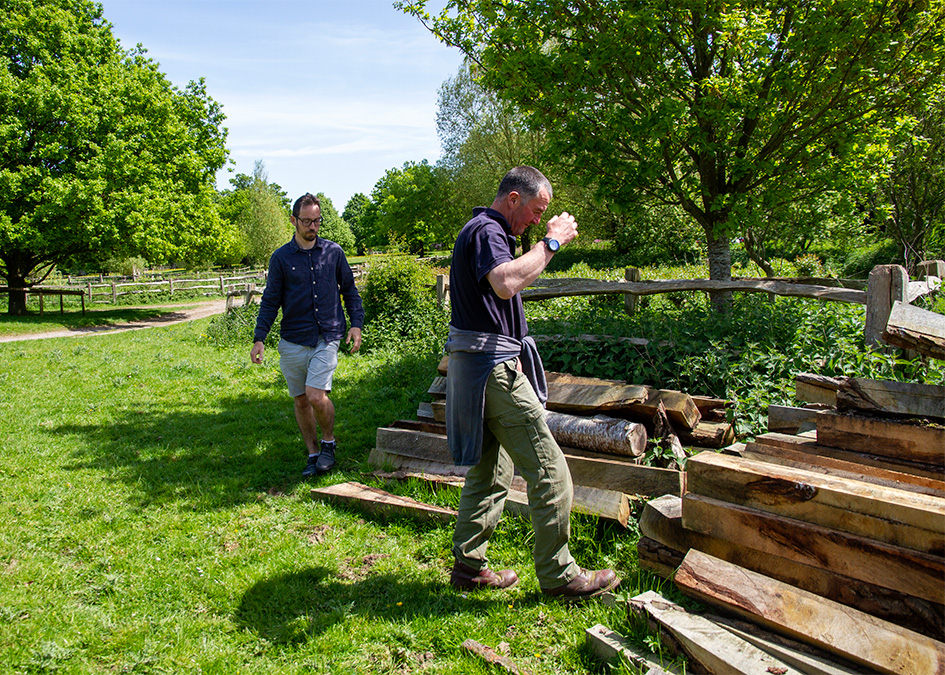 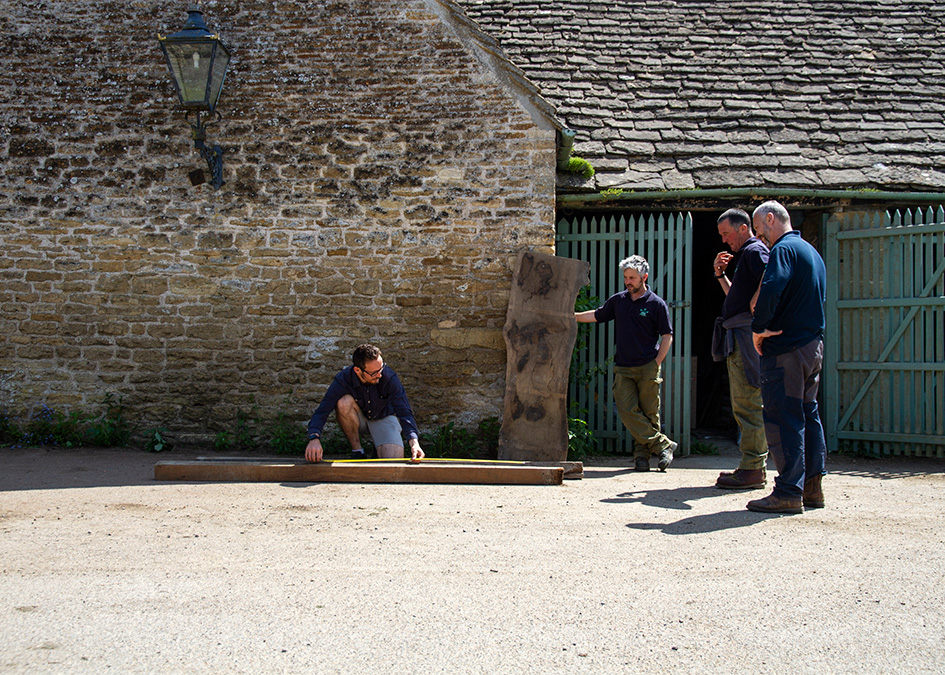 They also had some pieces of the beautiful and famous 200 year old cedar of Lebanon, so beloved by His Royal Highness, that had stood on the west side of Highgrove House until it reached the end of its life and had to be felled in 2008. Steve and the team thought that this would be the perfect timber for us to pair with the oak, because of the connection that Prince Charles had with that tree. 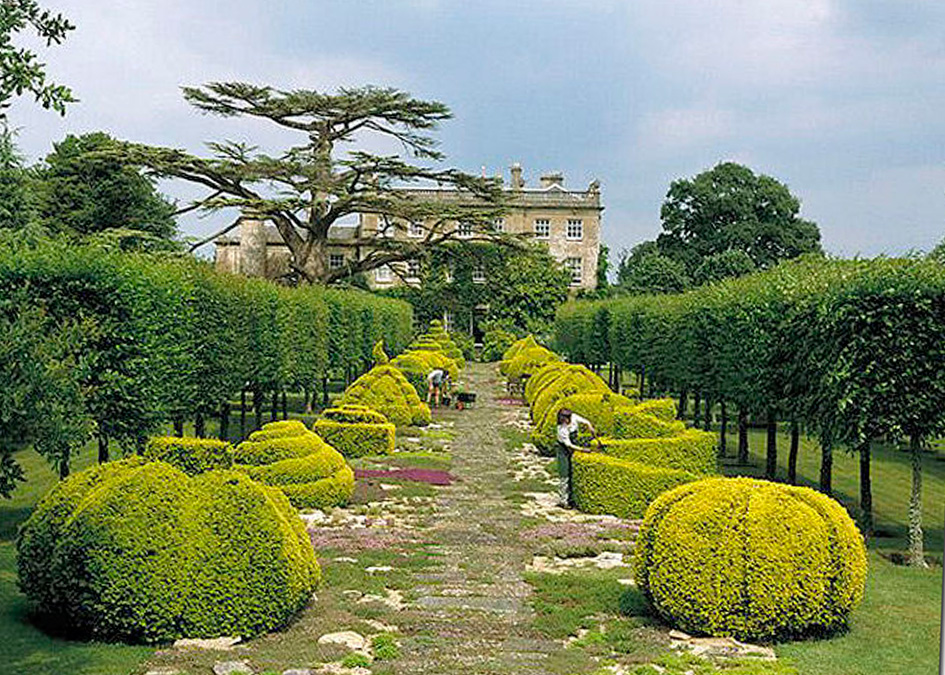 We loaded several old oak fence posts and planks, and some lumps of Cedar of Lebanon, apple and yew into the car confident that with some careful thought and machining we’d certainly be able to process the timber into the lengths, widths and thicknesses that we’d need in order to create a wooden bellyboard from it all. Fully loaded, we were invited into Highgrove House for a cup of tea and a piece of cake, before heading back to Cornwall to get making. 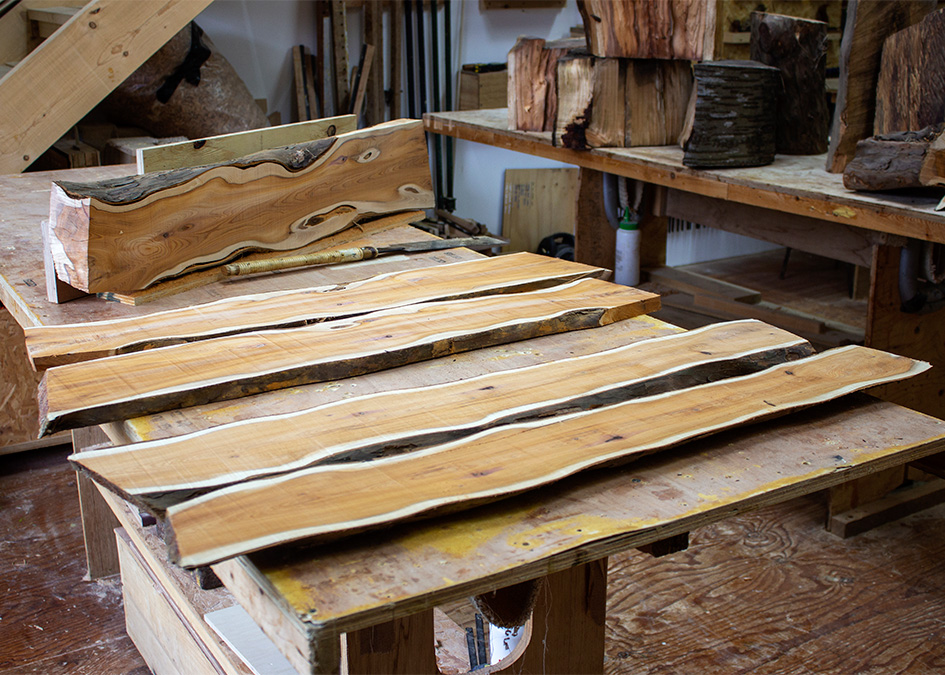 The brown oak has an absolutely stunning grain pattern and is an incredible dark honey colour, and the cedar of Lebanon has a beautiful speckled shimmer once oiled. The bellyboard is made from book-matched brown oak with three cedar of Lebanon accent strips. We had initially hoped to be able to inlay Prince Charles’ Royal crest into the board, however we discovered that the crest can only by used by companies that are of Royal appointment. Instead, being that the gift is from the team at Surfers Against Sewage, we worked with Jen at Cut By Beam to laser cut the SAS logo and inlaid that into the deck of the board before James used a pyrography pen to burn a message and the details of the board into the wood. 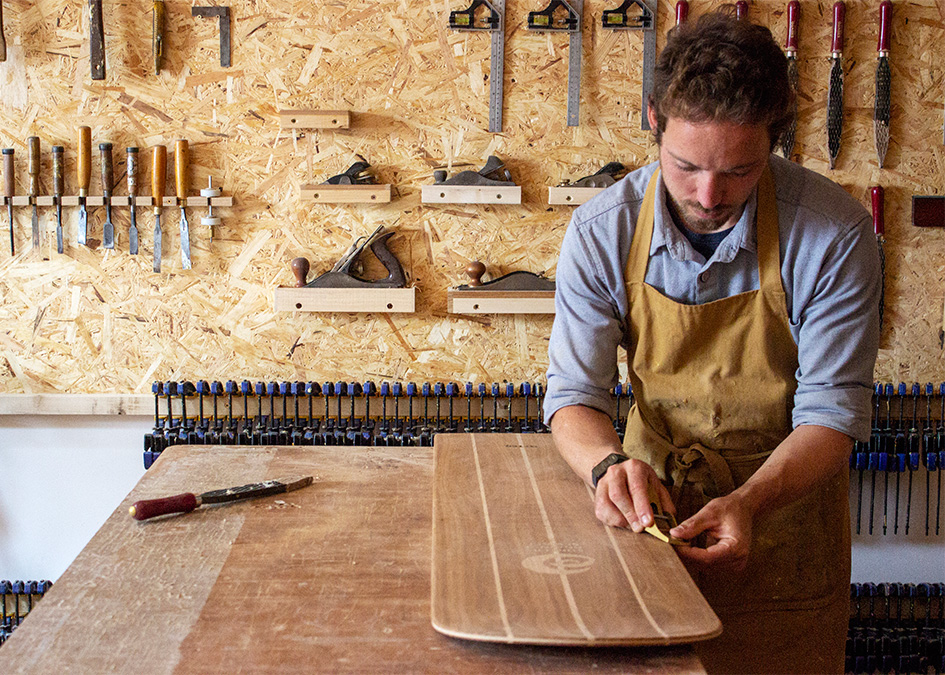 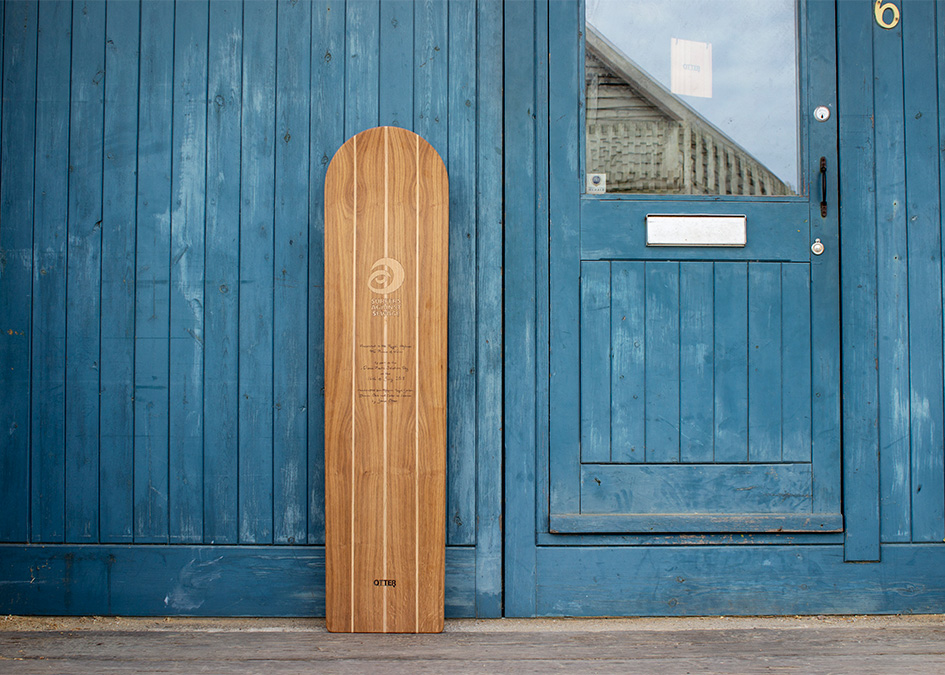 This is the second traditional British bellyboard that we have made for a member of the Royal family this year (the first again being a gift from Surfers Against Sewage to the Duke and Duchess of Sussex on their wedding day), and we couldn’t be prouder. The fact that we were able to source such special timber from Prince Charles’ Royal Gardens, including some timber from a tree that meant so much to him, makes this board even more special to us.

“Oh, the things that go on behind one’s back!”

HRH The Duke of Cornwall, upon learning that we had sourced timber from his gardens at Highgrove House.

We are very grateful to Hugo, Dom, and the team at Surfers Against Sewage for giving us this amazing opportunity to make such a gift, and to Charlie Craven the estate manager at Highgrove and Steve Staines the estate foreman and his team for being so accommodating of our idea and for inviting us to visit them at Highgrove.

We would also like to thank the Museum of British Surfing and their board of trustees, for aiding us in our research into the British Royal Family’s historic relationship with surfing and for giving us permission to reproduce images from their archives of Prince Edward and Lord Mountbatten surfing in Hawaii. 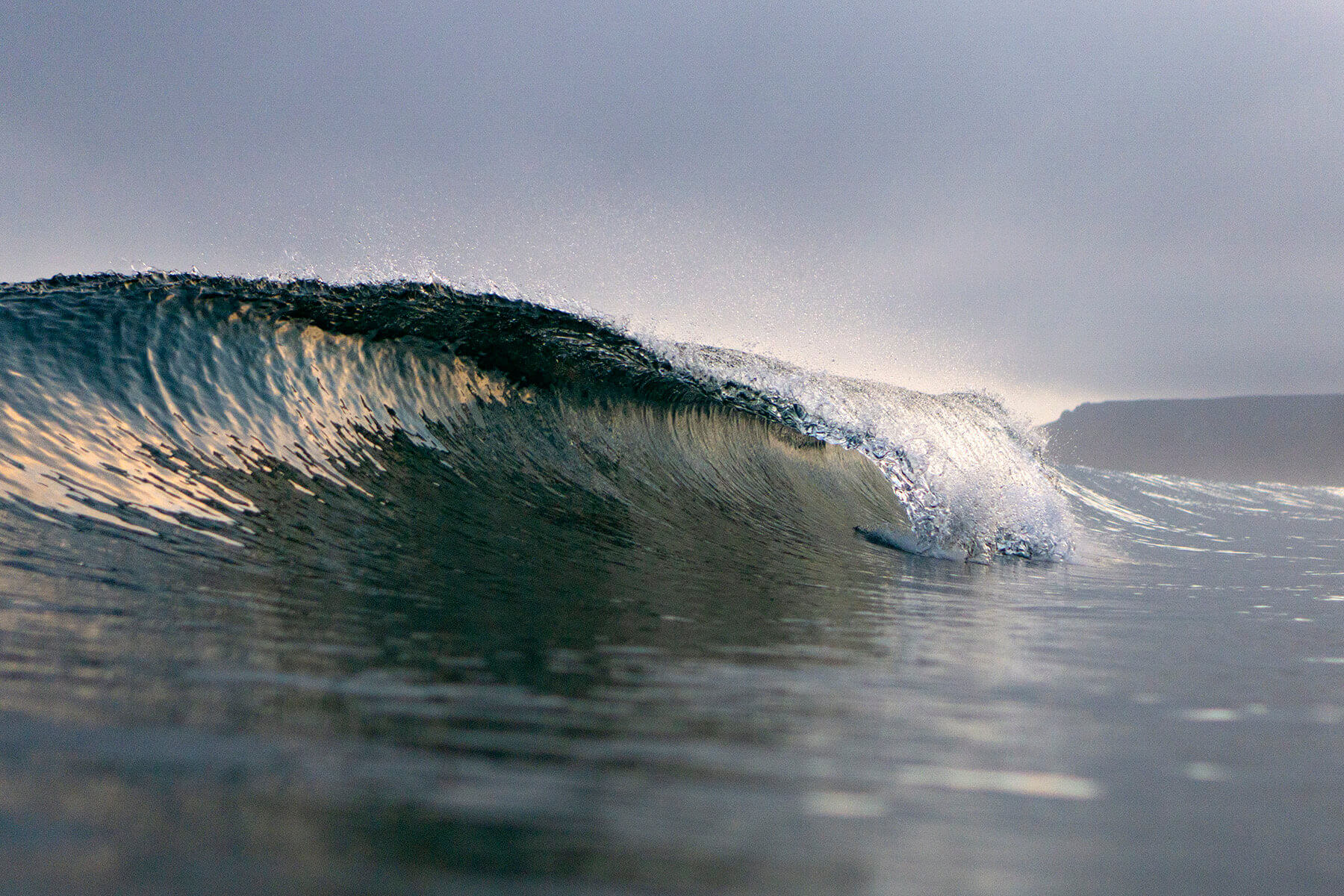 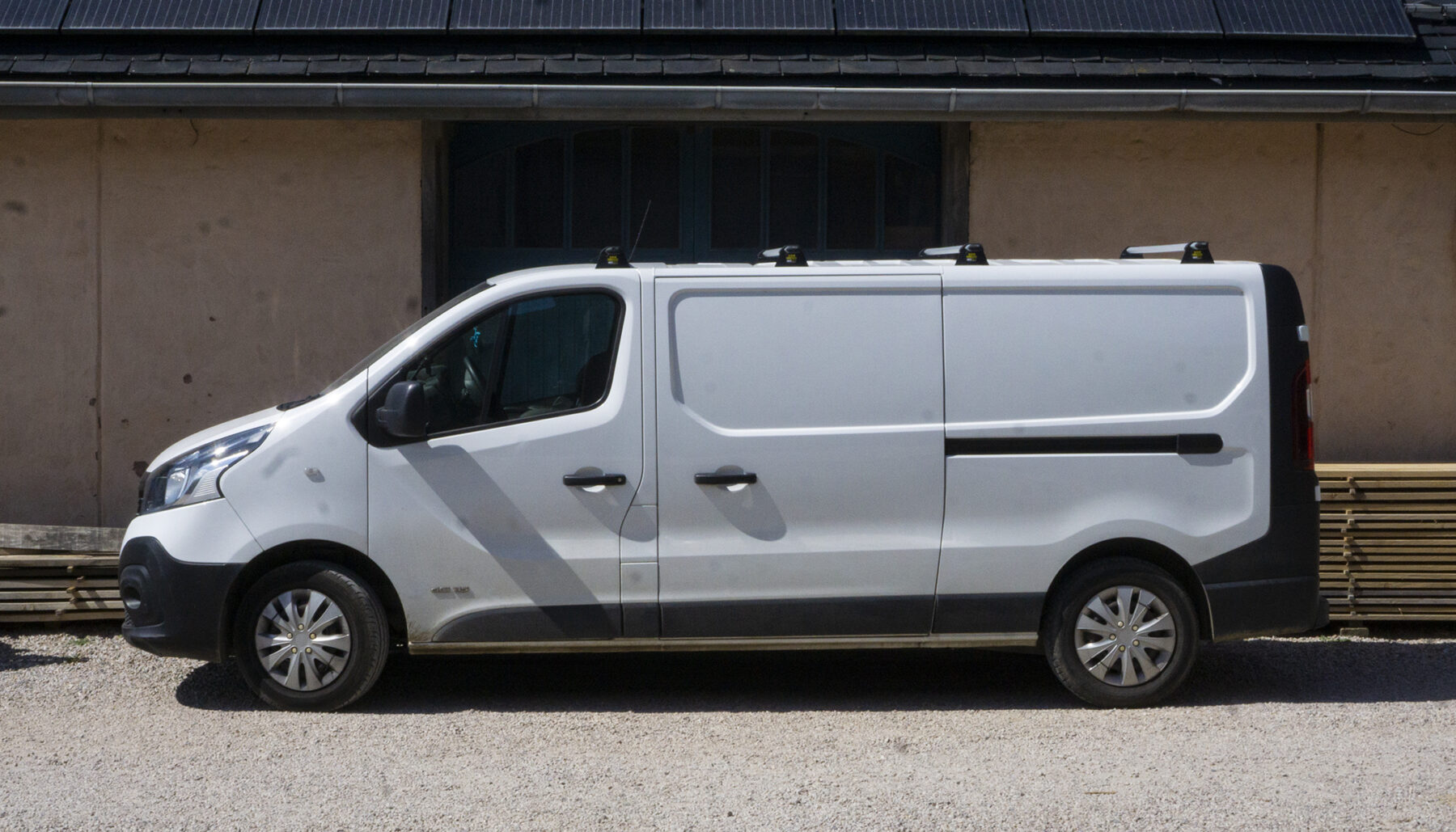 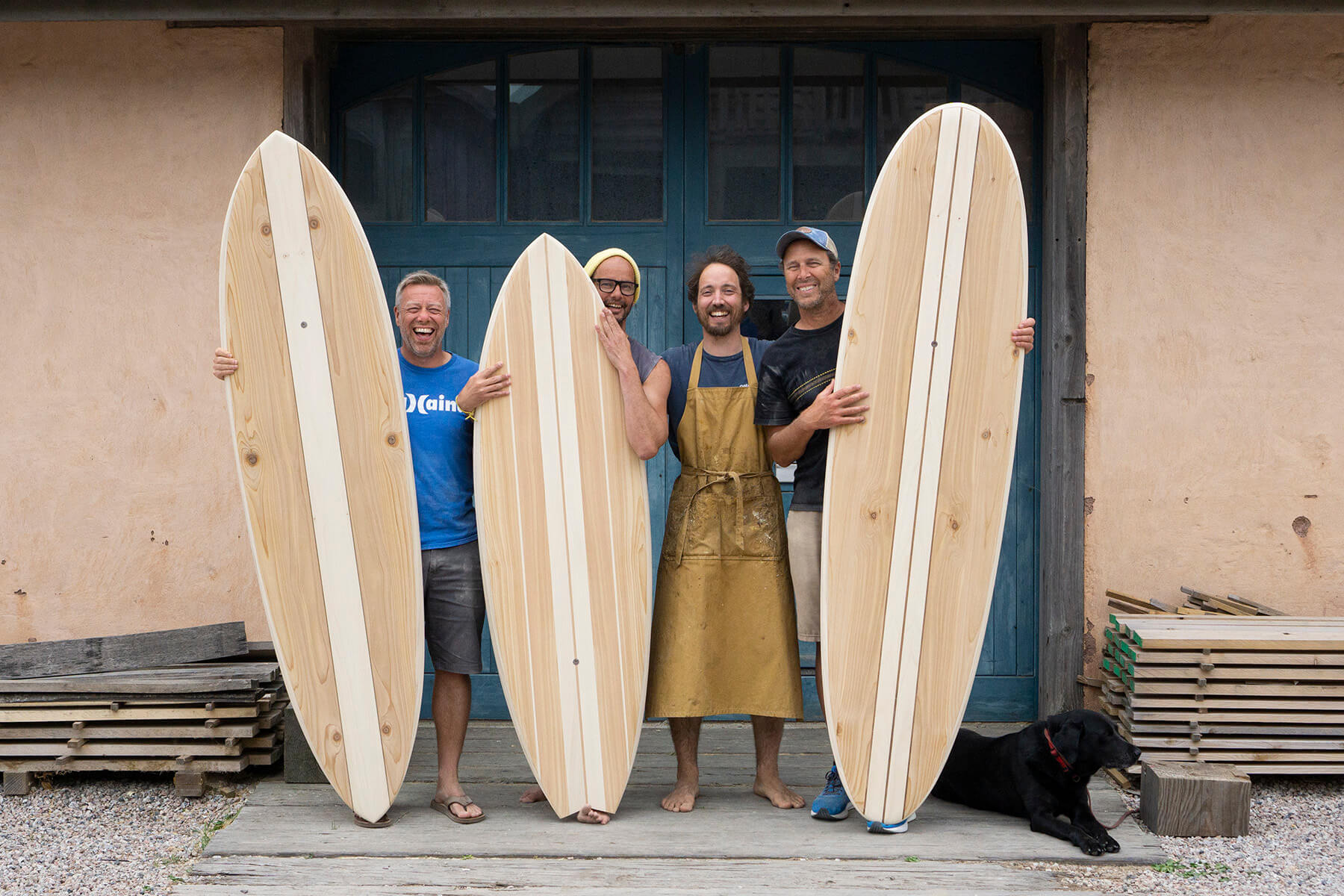 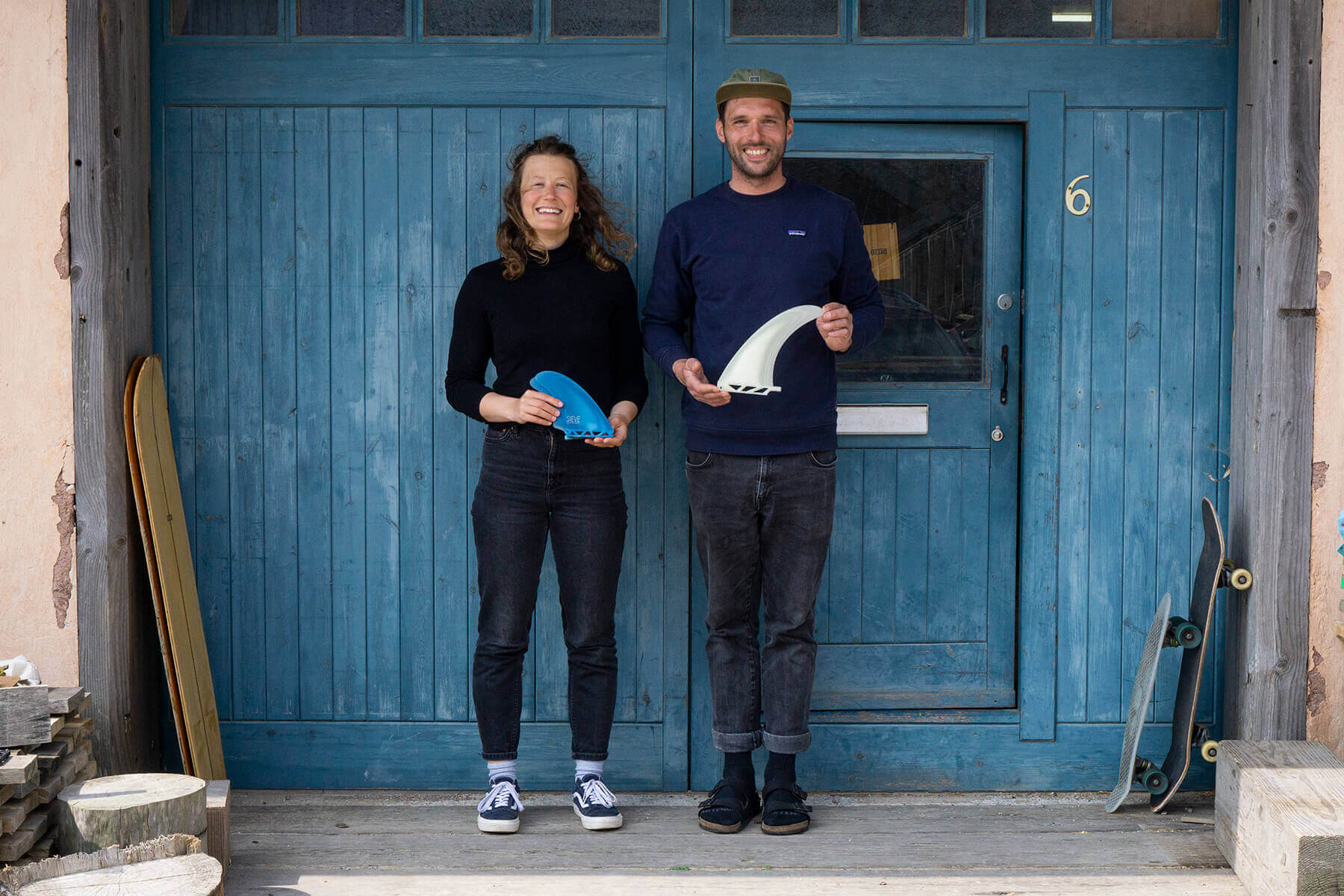