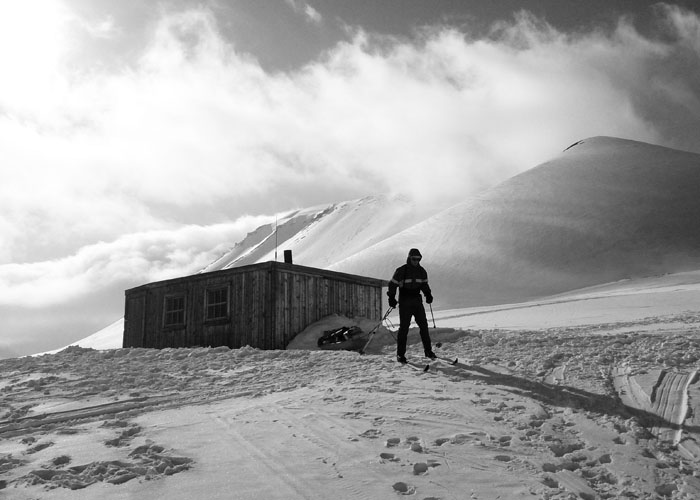 Last weekend James went away with five of his oldest friends (to celebrate one of the group’s impending marriage) to the Svalbard Archipelago – a group of islands far inside the Arctic Circle.  One of the group, Steve, is an Arctic guide and Svalbard is his home base, so it was agreed that four of them would travel out to visit him and they would spend a few days under the midnight sun on a far-from-standard “Stag Do”.  Whilst wooden surfboards have been replaced this week by sledges, we hope that you will enjoy the unique set of images that he bought back from their wilderness adventure. 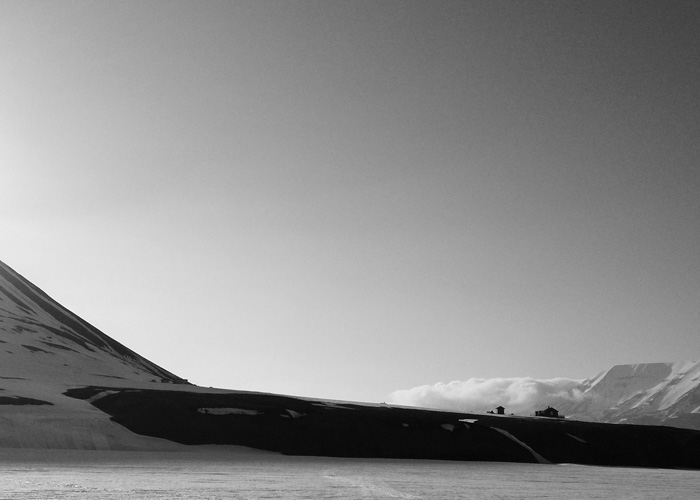 Svalbard is situated 78° North, half way between the edge of the Arctic Circle and the North Pole and as such is the starting point for many polar expeditions.  Despite the sun never going down over the duration of their stay the temperature hovered around freezing point, so the kit list that Steve sent out consisted of specific items of thermal clothing – primarily long woolen underwear and down jackets.  Steve said that he’d take care of the rifle and trip wires necessary in case of polar bears.  Luckily, our friends around the corner at Finisterre specialise in keeping people warm so James paid them a visit and stocked up on thermals and a synthetic down jacket a few days before leaving. 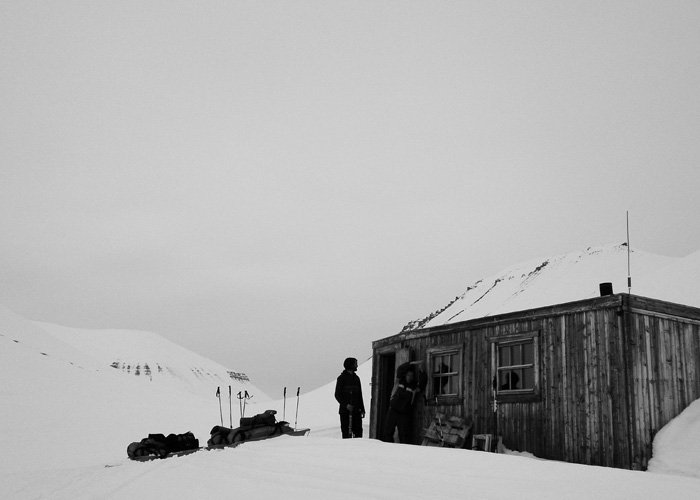 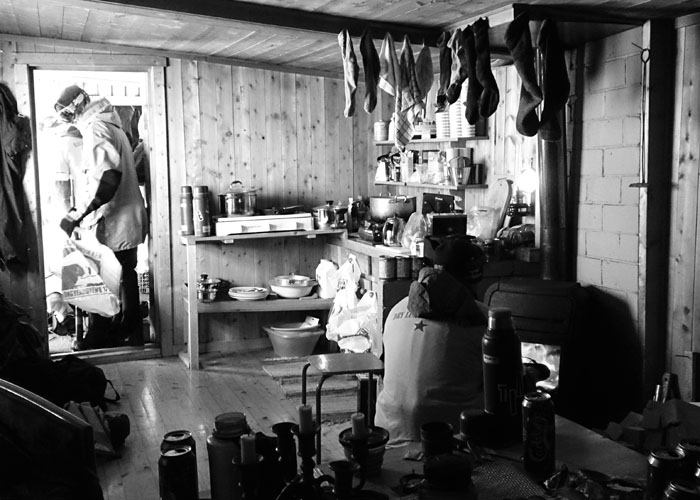 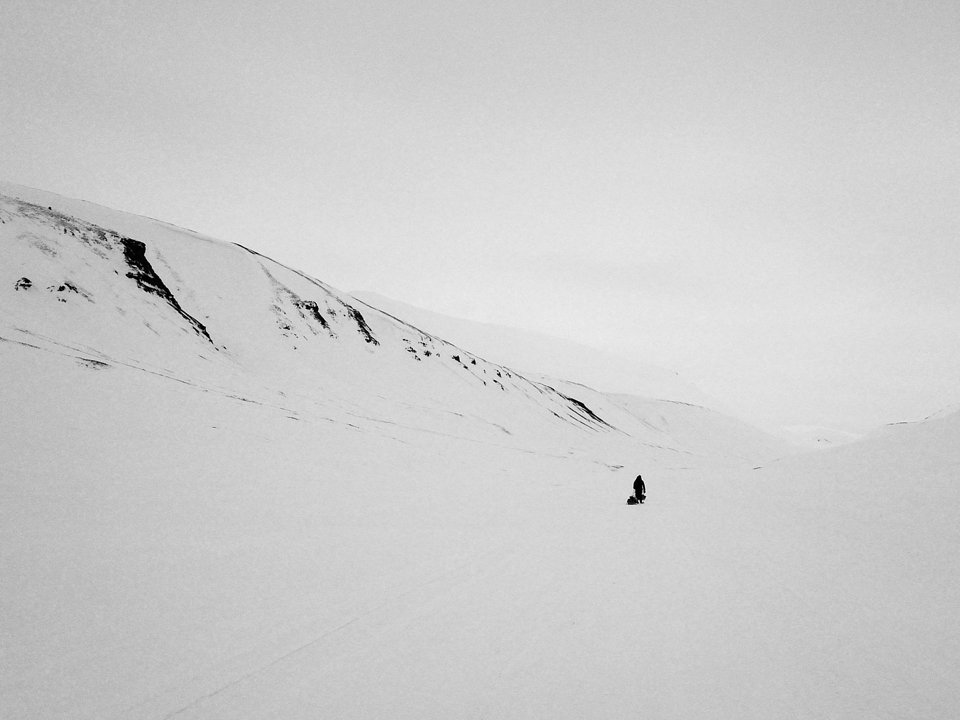 The plan for the weekend was to trek up a glacial valley to a local’s cabin (that Steve had rented from a friend), dragging all of their food, supplies and fire wood behind them on sledges called polkas.  Once there they spent their time skiing, sledging and playing alternative “Winter Olympics” with categories such as “axe throwing” and “skeleton polka”.  The photos that James bought back with him have captivated everybody who’s come through the doors of the workshop this week, and it’s timely because, although he was not there to surf, his trip coincided with the release of the trailer for “Bear Island” – a surf documentary shot on the Svalbard Archipelago by Norwegian film maker Inge Wegge who also produced the inspiring “North of the Sun”.  Inge spent two months on Bear Island with his brothers, camping, surfing, and collecting the litter that washed ashore on the remote beaches.  It’s got us all thinking about just how many waves there must be breaking around those islands in the summer months when the water is just about warm enough to surf in and the sun shines for 24 hours of each day.

If you fancy your very own Arctic adventure then follow the link to our friend Steve’s website at www.theempire.is. 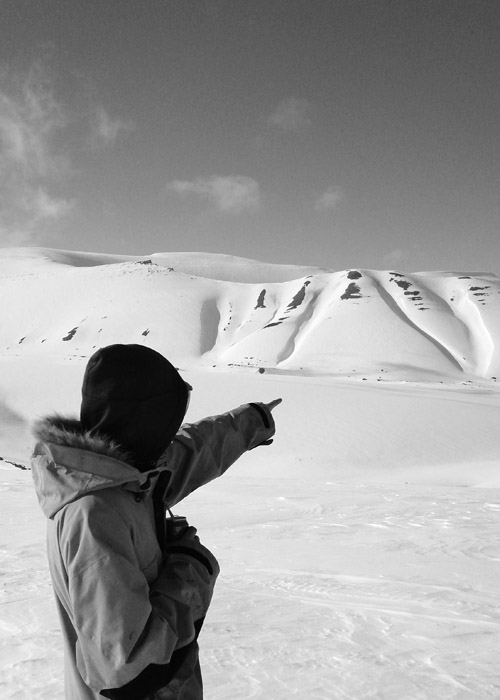