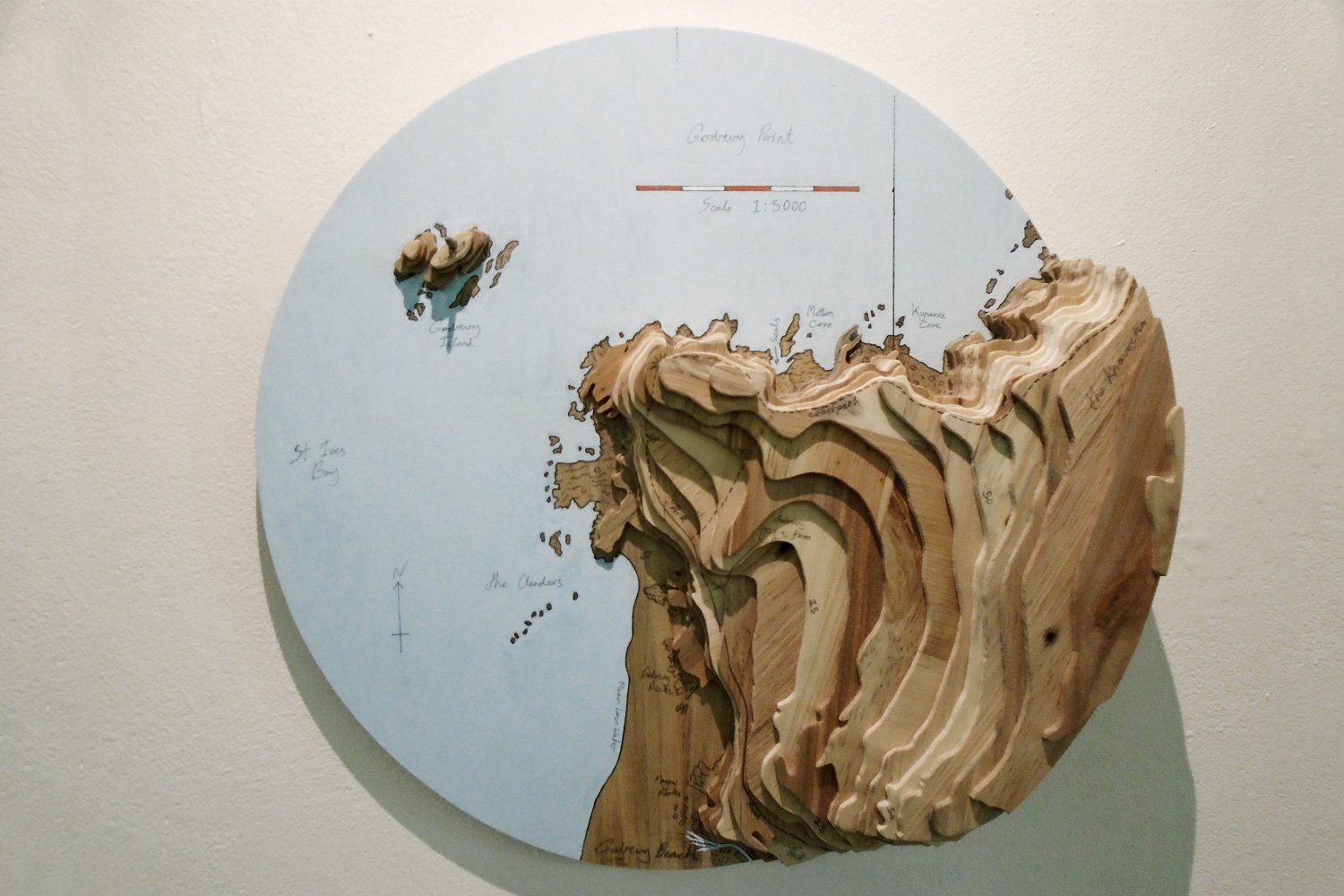 A few weeks ago Chris arrived at the workshop to spend a week helping us machine timber in preparation for a “Make-Your-Own” wooden surfboard course, with part of his final degree project in his car.  It was a circular 3D map of the beach and point at Godrevy, the National Trust beach just down the coast from us.  We knew that he’d been working on a series of these 3D landscapes throughout his third year on the Contemporary Craft BA(hons) course at Falmouth University but hadn’t seen one since he developed the idea from an initial cast-bronze resin sculpture piece of the River Fal (that was displayed at Trelissick Gardens) a year or so ago, and we immediately tried to hang it on the wall here. 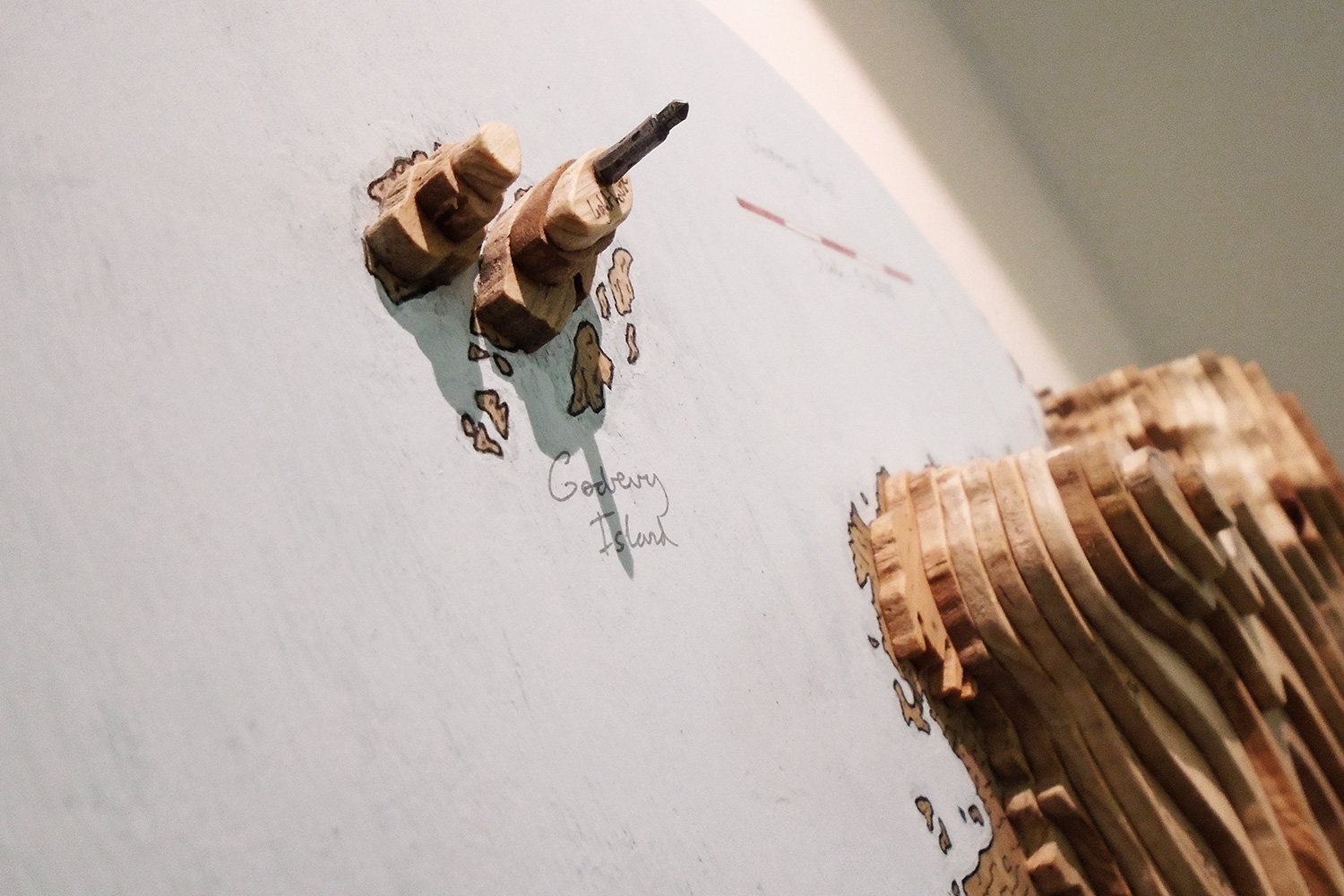 Unfortunately for us Chris’ map of Godrevy was destined for the 2015 Final Degree Show at Tremough Campus and then the New Designers Show in London, as part of a set of three maps of Godrevy, Prussia Cove and the River Fal.  Chris bases his maps on Ordnance Survey maps and uses old pallets and offcuts from the university workshops for the 3D element.  After collecting the timber he sorts it, machines it to thickness and glues it up into thin sheets before cutting each individual contour layer by hand.  These layers are glued up to create the landscape and then the map is painted and details added.  We’ve persuaded Chris to lend us one of his laser-cut prototypes of Chapel Porth beach to hang on the wall here and it drew a lot of attention at our Boards, Bangers & Beers open evening in June. 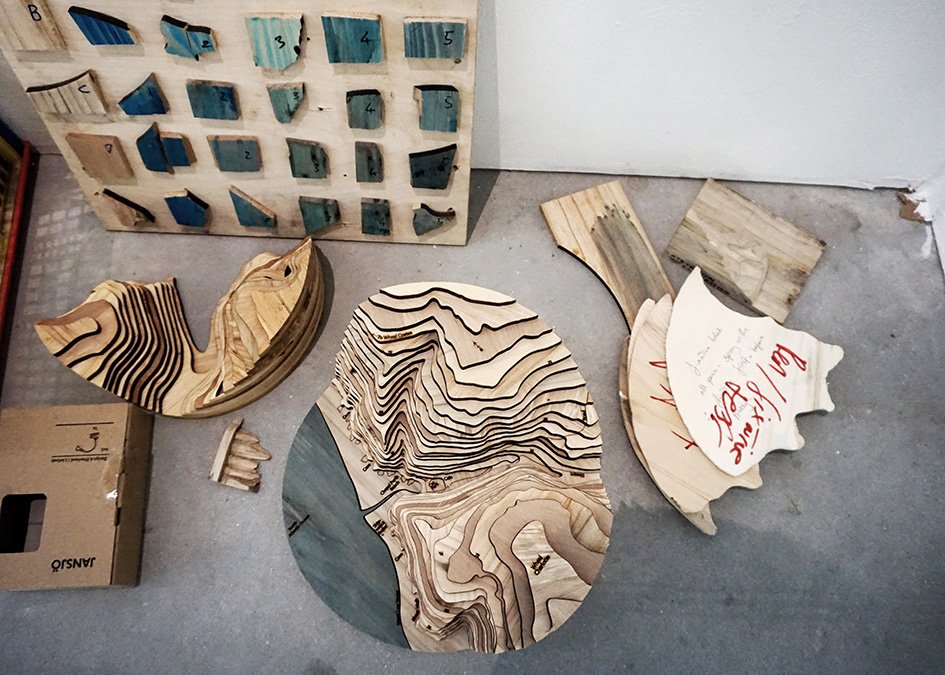 To see more of Chris’ work head on over and check out his blog or his portfolio on the Arts Thread website.