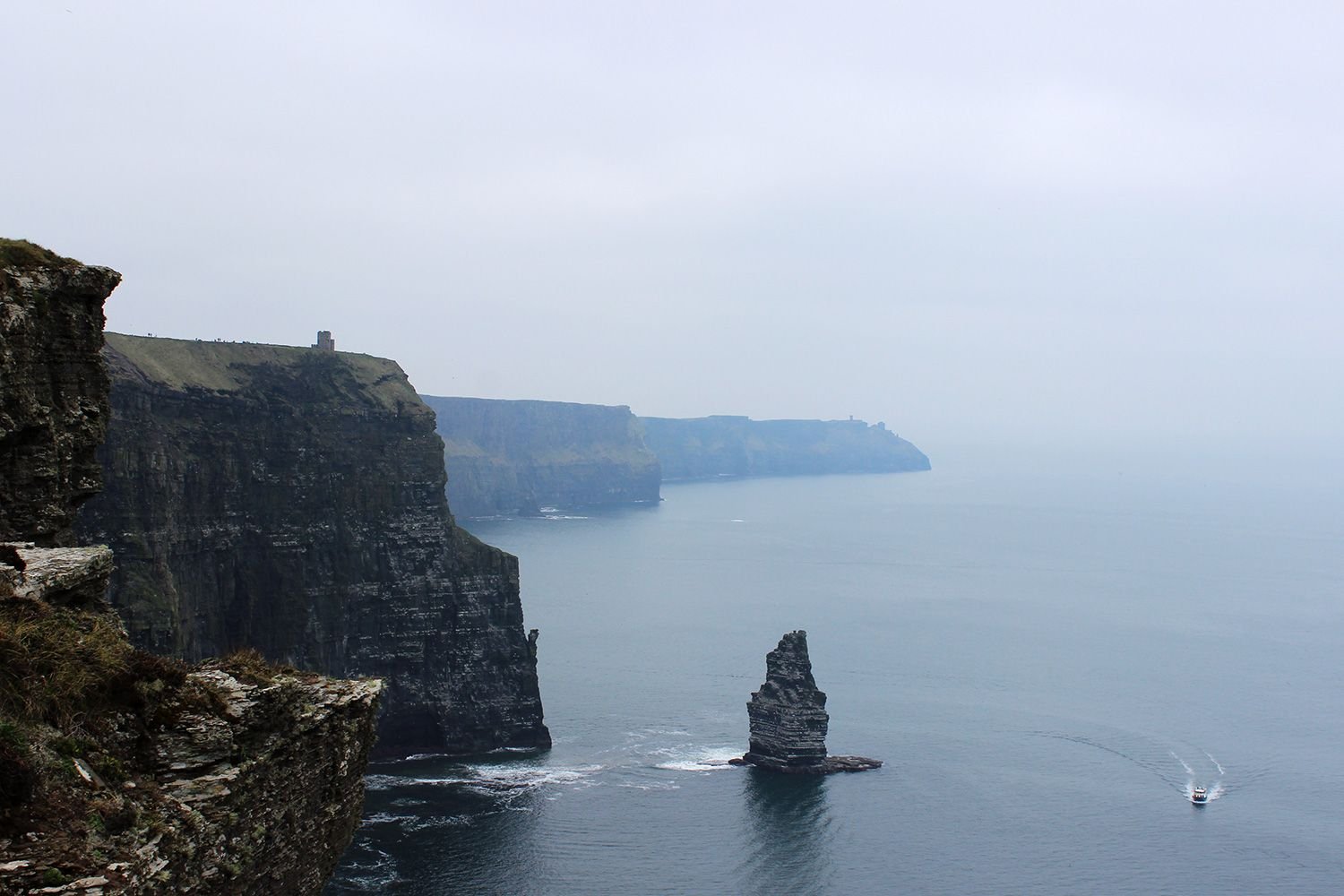 In the middle of March, James and our good friend Tony took a few weeks off the making of Tony’s wooden surfboard with us to head over the Irish Sea and explore the West Coast of Ireland. Following a hurried re-fit of the Otter Surfboards van to allow them to call it home for the next 14 nights, they loaded as many of our demo boards into the back of it as possible and set off to catch the ferry from Liverpool. 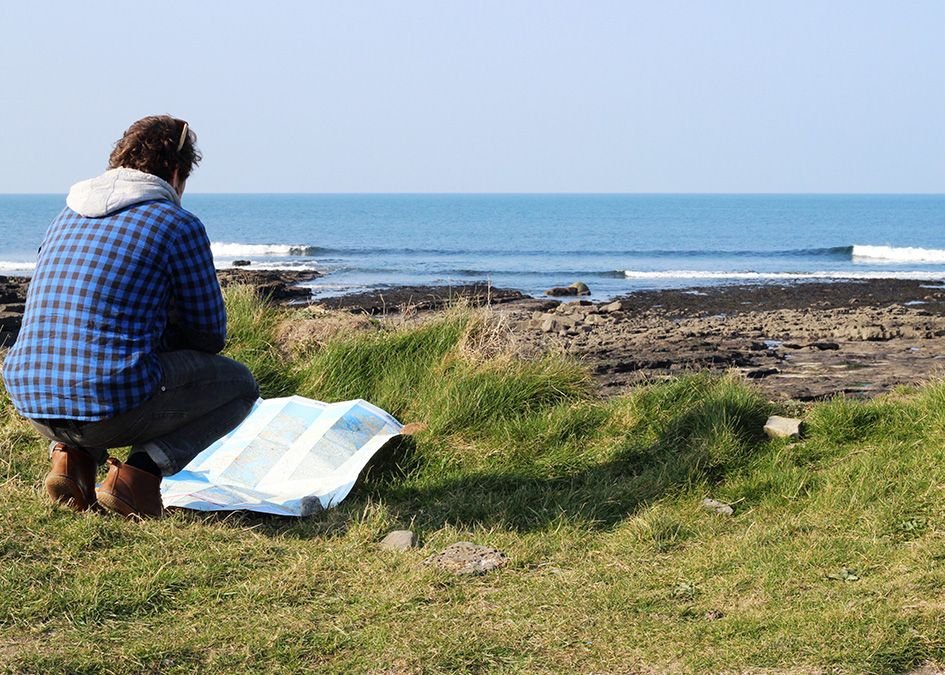 Their first stop was with James’ friend Mark, who lives near Bundoran. The first morning they were there they surfed really fun waves on a head high A-frame reef near his home, with the fact that James and Tony are a regular footer and a goofy footer meaning that they spent their whole surf splitting the peak. They stayed with Mark for a couple of nights and had some fun surfs, including a memorable bellyboard session at Strandhill on a fast peeling 100metre long right-hander. Then, as they started to move west and south, the swell started to fade. The reefs at Easkey were, unfortunately, flat, so they kept driving south to Galway and arrived on the evening of St Patrick’s Day.

On the next day there wasn’t a cloud in the sky, and with most people a little slow to start thanks to the celebrations of the night before, James and Tony headed further south to Lahinch. They surfed Lahinch Lefts on the afternoon of their arrival, before checking Spanish Point in the evening where they rolled up to find fun looking chest high rights running down the reef. Waking up at Spanish Point in the morning they opened the van doors to discover that the already small swell had disappeared altogether. With no waves, they set off to explore the coast and visited Loop Head, before searching out Rileys and wondering how anybody manages to survive surfing there, the wave breaking almost directly onto a sloping shelf of reef. They found waves at Doughmore Bay though, and managed to catch a few on the 9’6” Pier. They stayed there overnight but the swell had fizzled out again by the morning (a recurring theme) so they drove back north to check Crab Island.

Arriving early in the morning, on low tide, there were some good looking waves breaking across the channel there so they suited up and made the paddle over. They found some heavy head high waves breaking on the reef there, with some decent set waves and every now and then the bottom of a wave would completely disappear from underneath them, making for a challenging but very rewarding surf. 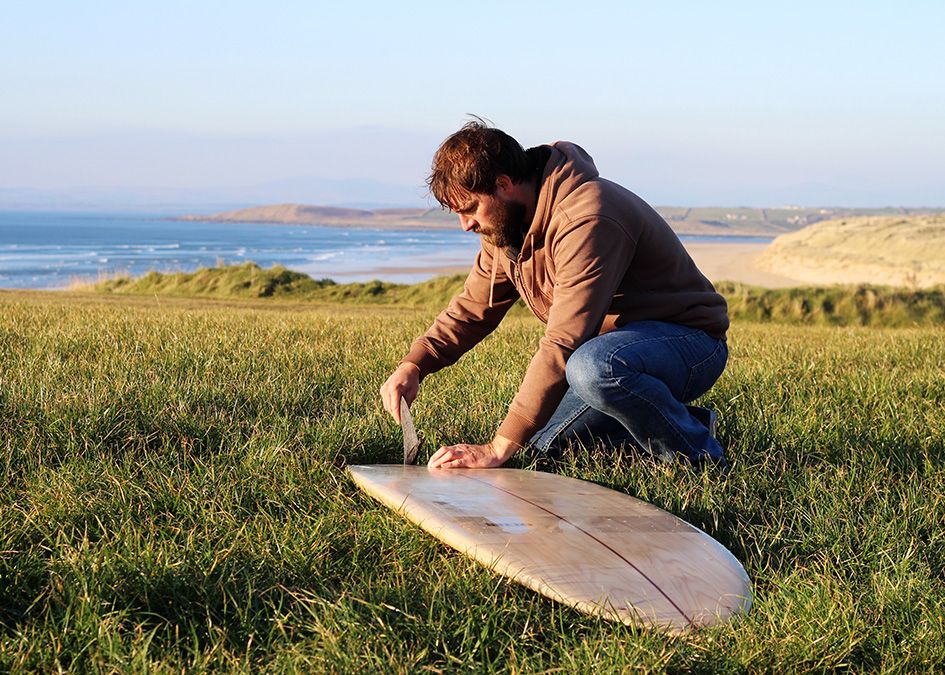 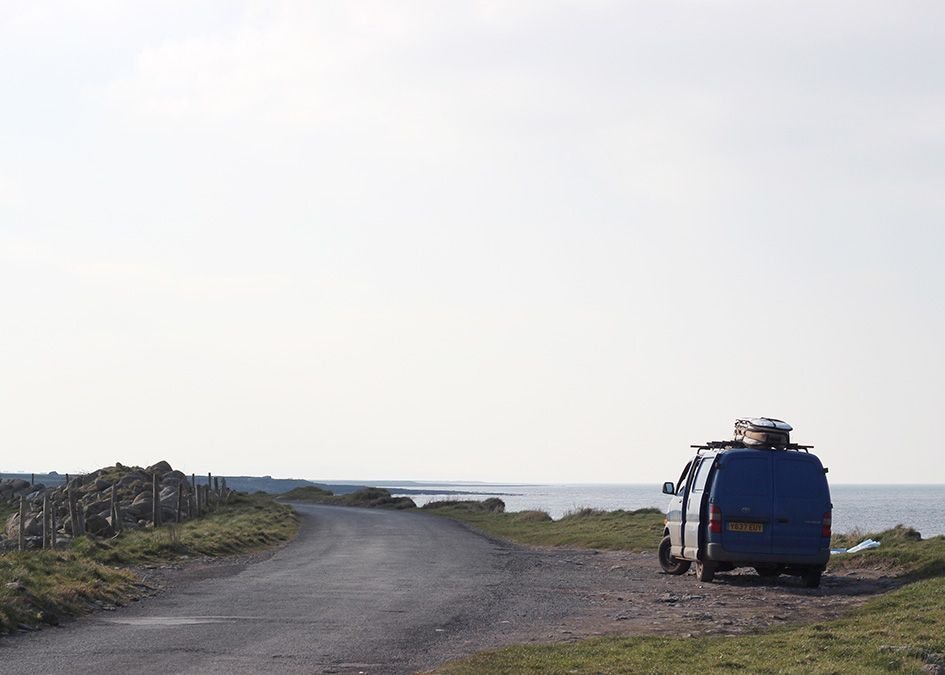 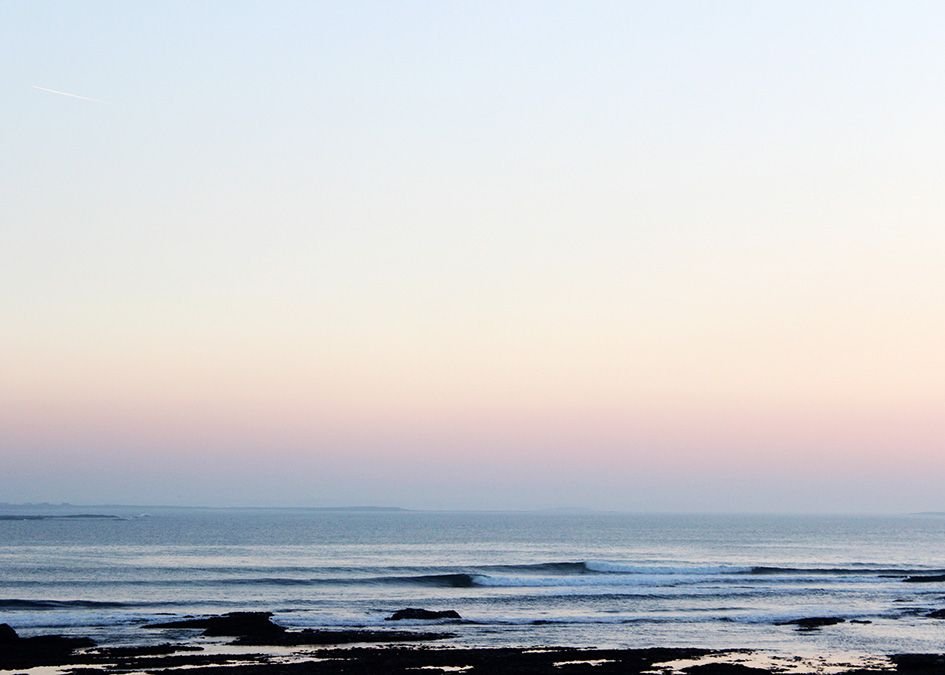 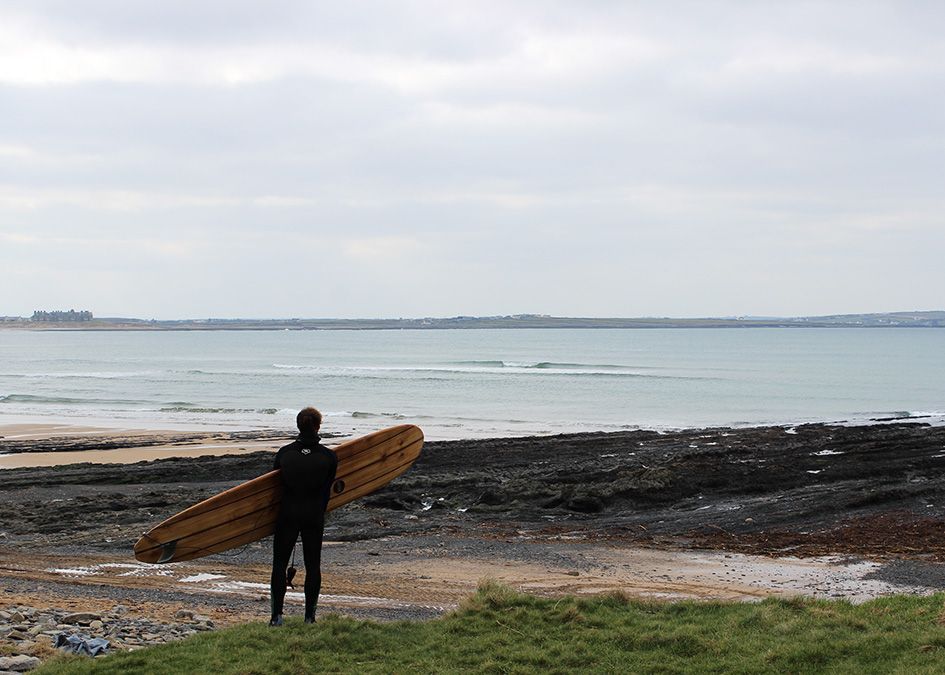 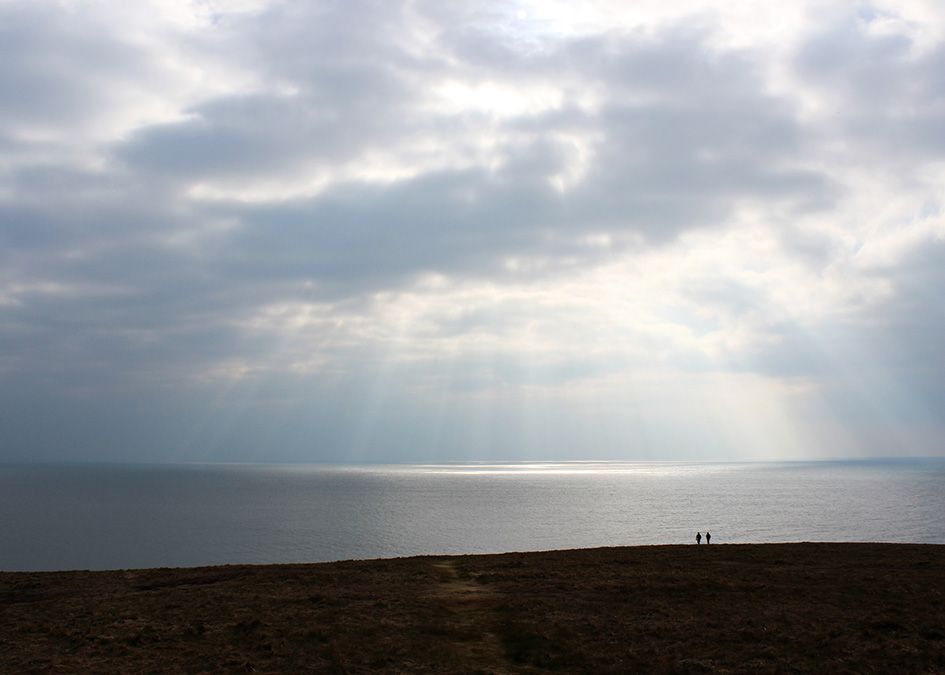 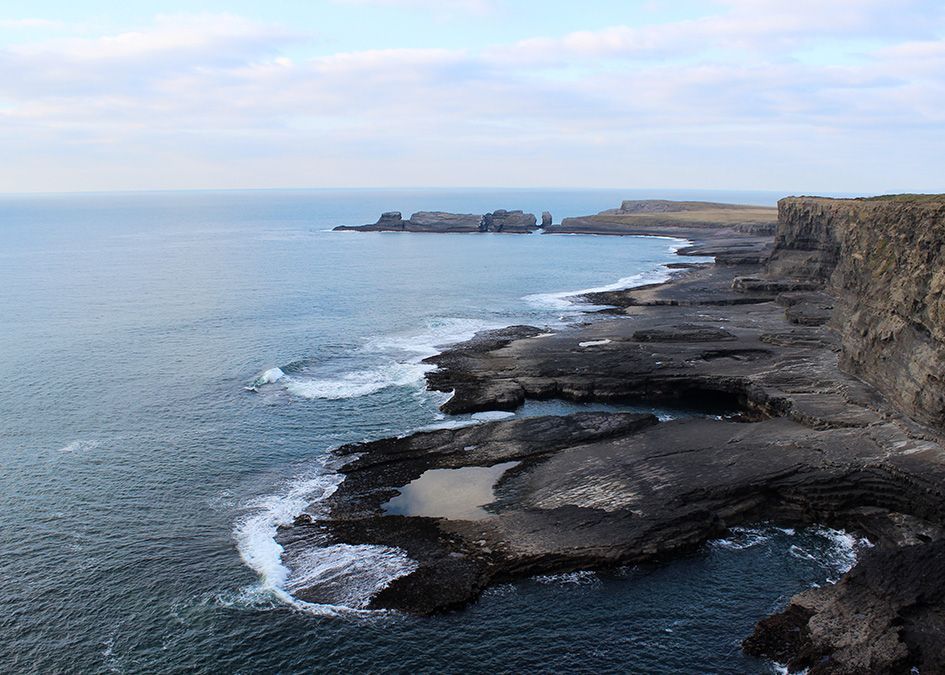 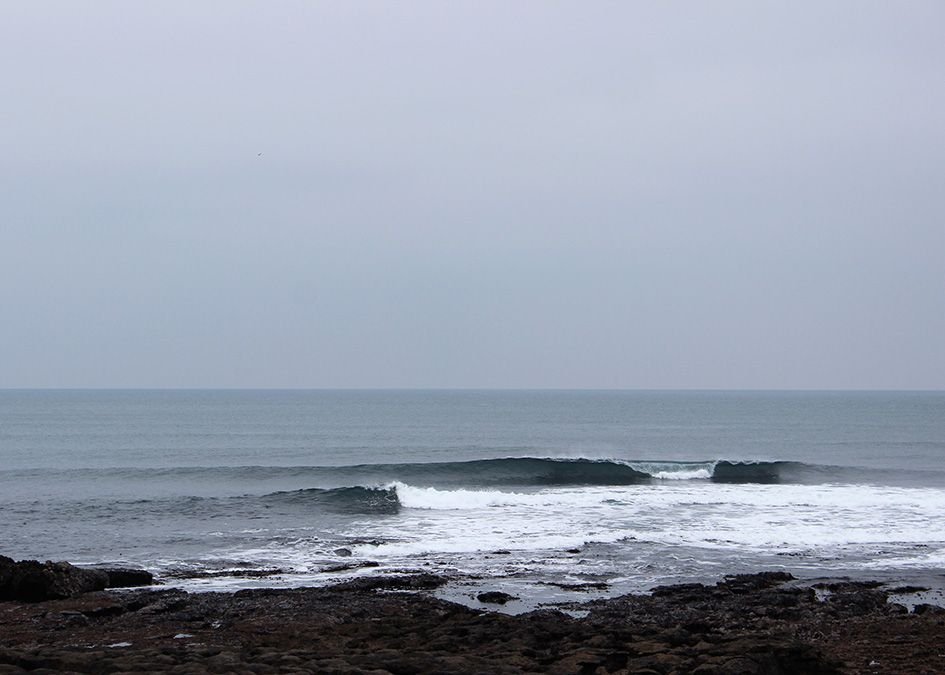 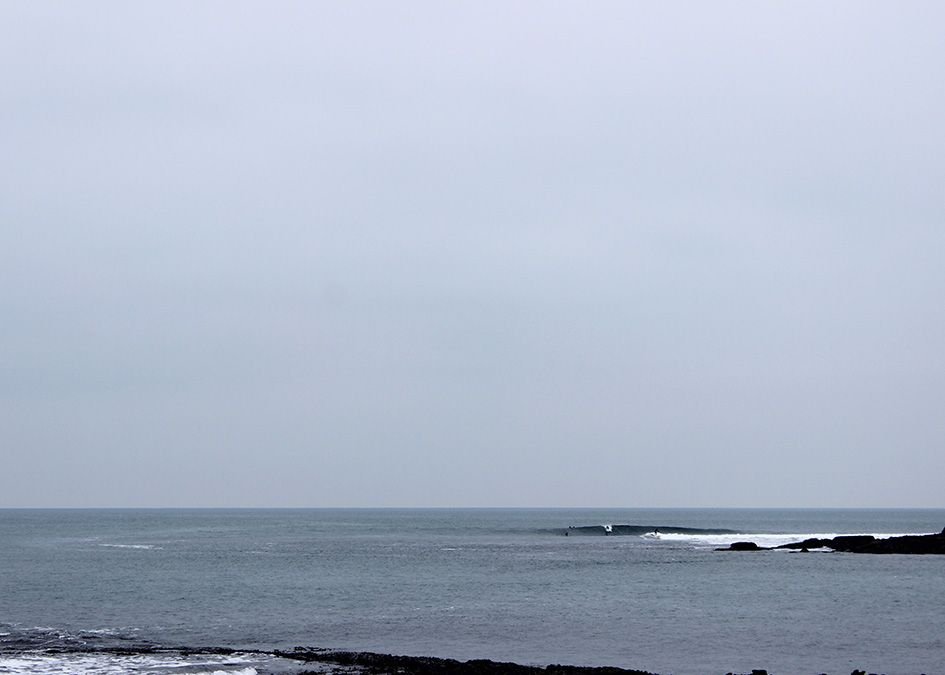 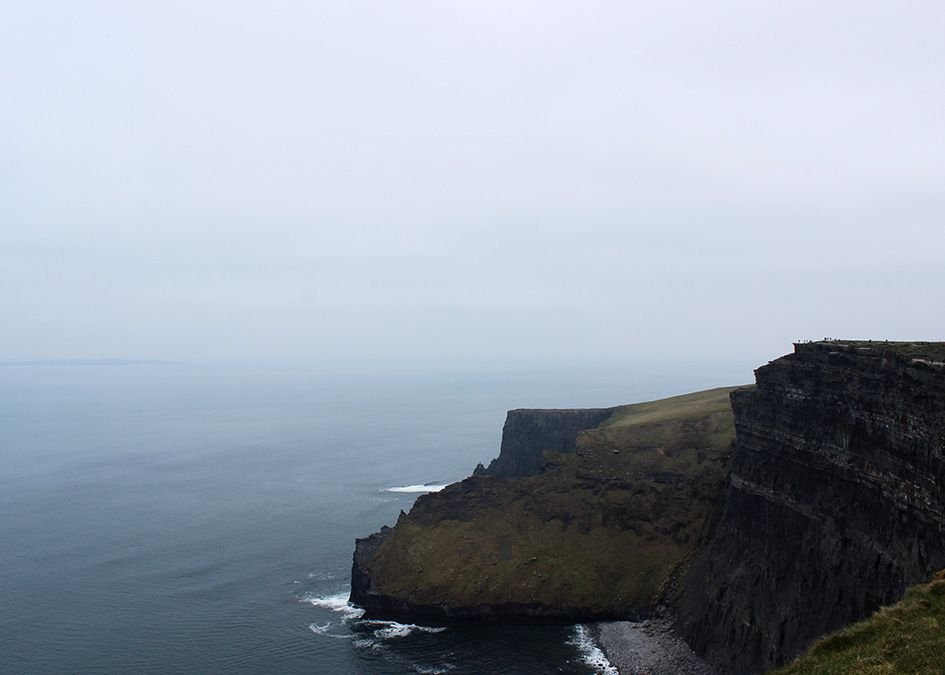 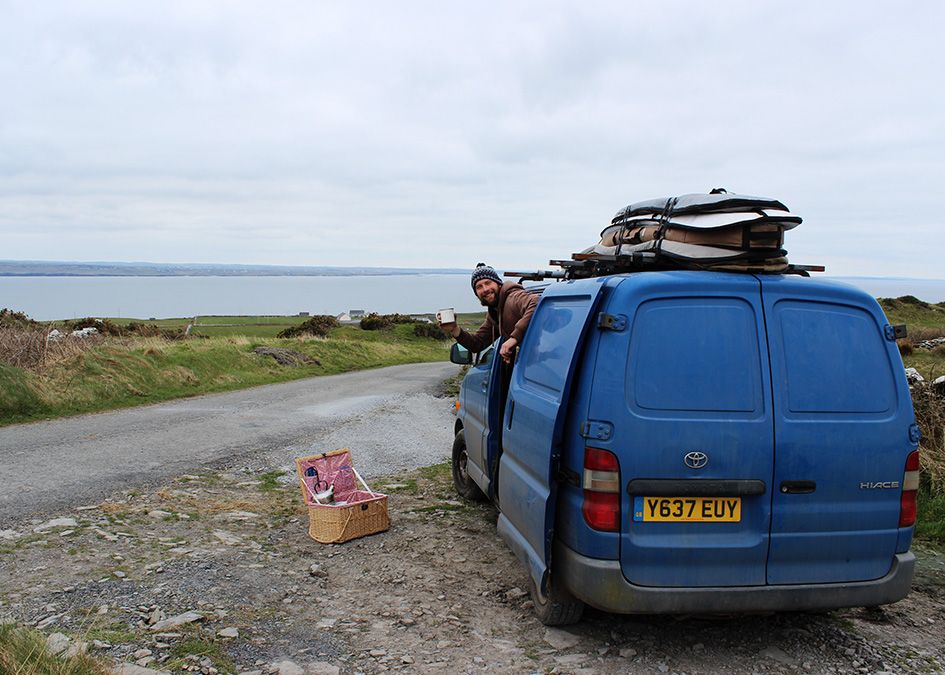 The boys then spent the next few days visiting Matt Smith, Fergal Smith and Mitch Corbett at Moyhill Community Farm. It was great to see Matt again and spend some time with him, and to get to know Ferg, Mitch and everybody else involved in their inspirational community farming project. They helped Matt to plant out some trees, and then the next day they headed up to the field at the top of the hill outside Moy where they do most of the growing and where there are a couple of polytunnels, a geodesic dome and a yurt. Locals and visiting surfers turn up to help, in exchange for being fed and learning new skills, and James and Tony piled in to help Ferg set up a second-hand polytunnel that had recently been donated, and to shovel some manure. It was wonderful seeing what these guys are doing to not only grow their own food and develop a sustainable agriculture practice, but to also engage the local community and visiting surfers to produce their own locally and organically grown food, either at Moyhill Community Gardens or at their farm. 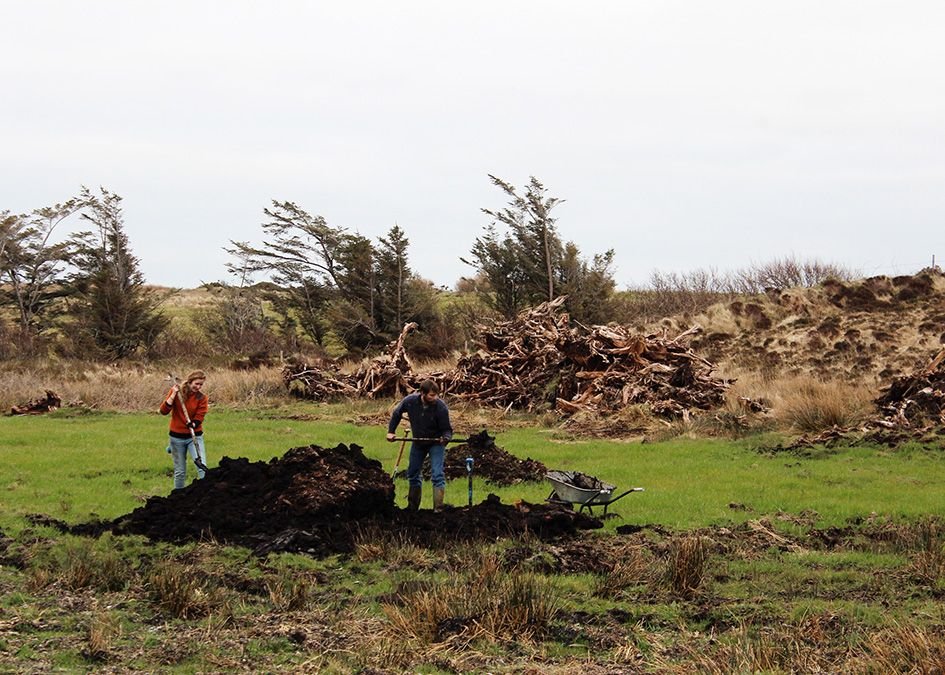 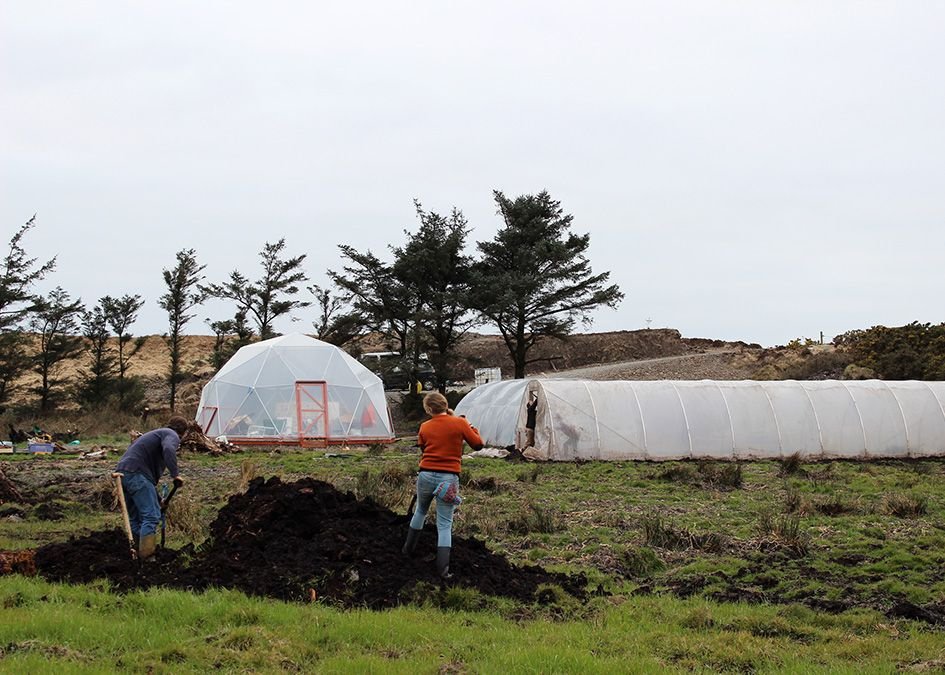 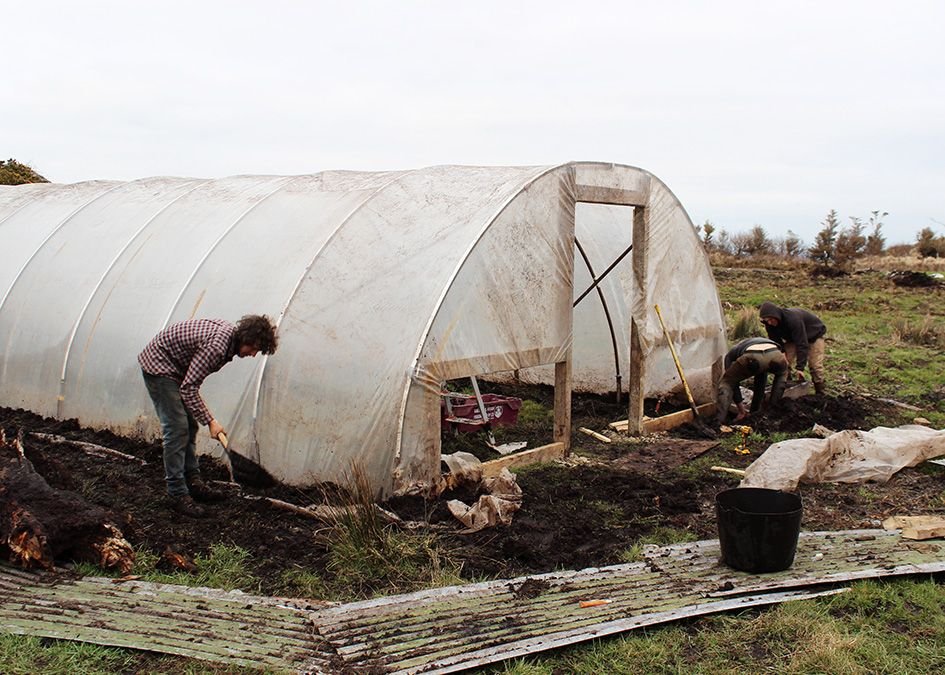 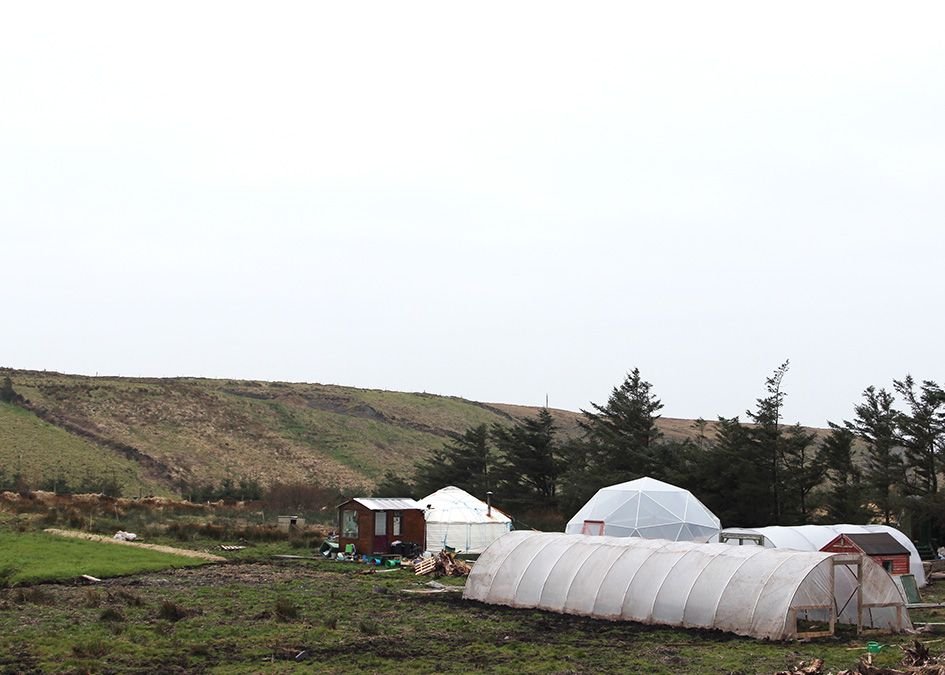 With some Irish soil under their fingernails and saltwater still dripping from their wetsuits, the time to return to Dublin to catch the ferry back to Liverpool came around quick. On the journey homewards to Cornwall they diverted off to the sustainably managed woodland in Wiltshire where we source our western red cedar and strapped as many planks onto the roof as the van could carry, arriving back at the workshop that evening with plenty of stories to tell and enough timber for a fair few wooden surfboards.