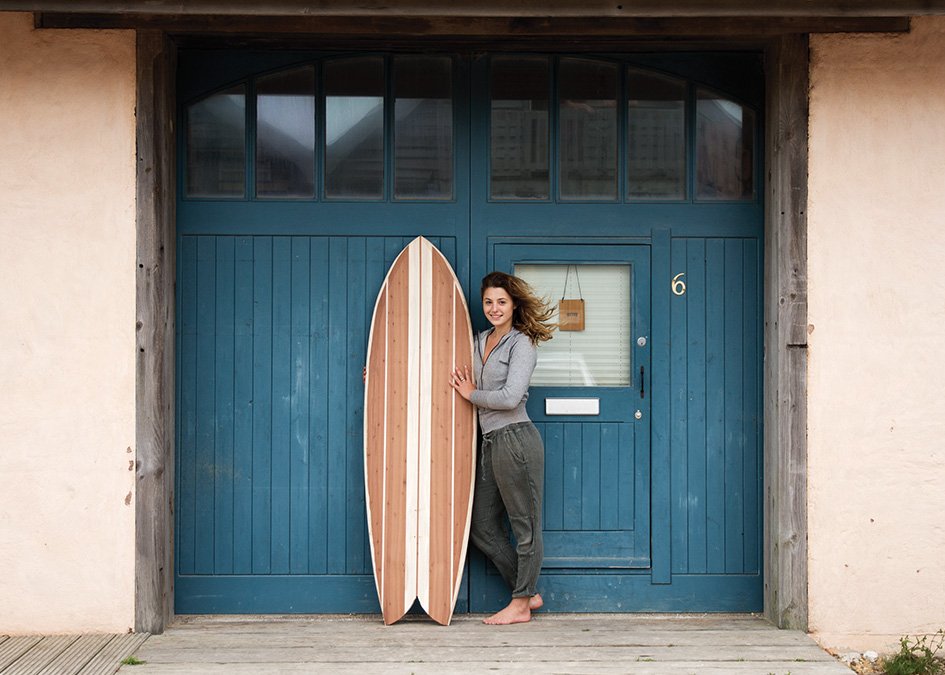 From Within The Watershed: Californian Claire’s Redwood Surfboard

​A few weeks before Claire arrived in the UK from California, a large package arrived at the Otter Workshop addressed to her.  When we opened it and unwrapped what was inside, we found four beautiful planks of Californian redwood. 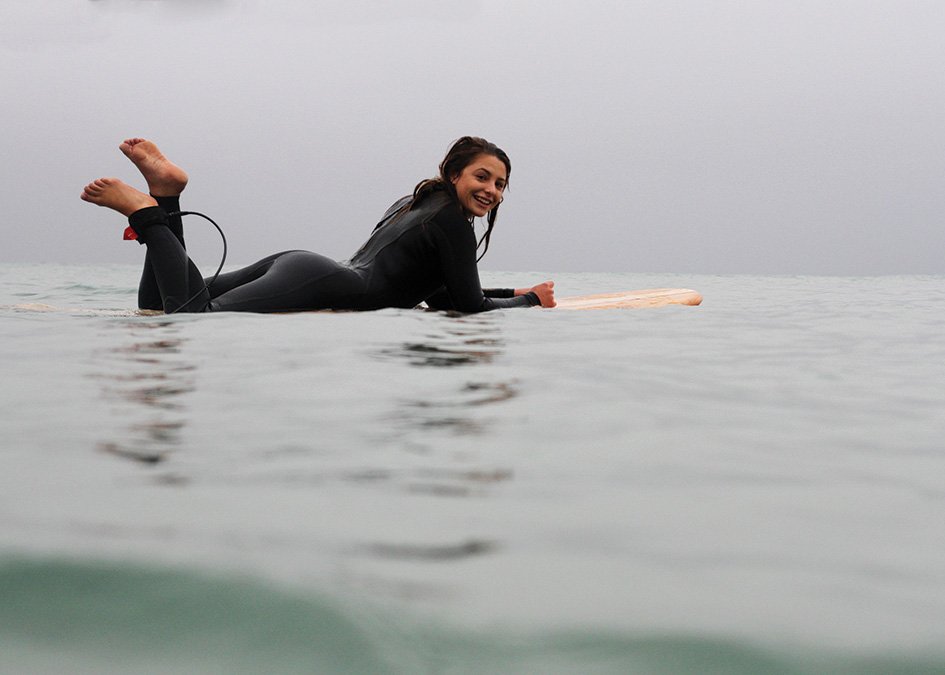 When news of Claire’s plans to come and make a wooden surfboard with us at the end of a planned working holiday in Ireland circulated amongst her friends and family, she received a very special offer from a family friend.  He had a small quantity of old growth redwood that had been salvaged from a local bridge, and whilst he’d been saving it for a special occasion he felt that a local Californian girl ought to have some local Californian lumber in the wooden surfboard that she was making.

The bridge in question carries Highway 1 over Papermill Creek in Point Reyes Station, the small town where Claire grew up, and was built in 1875 to replace the ferry that had carried travellers across the creek in the mid-1800s to the neighbouring town of Olema.  In 1929 the bridge was taken down and replaced by the 100 foot long “Green Bridge” that still stands to this day, an iron and concrete bridge that Claire and her friends used to rig up rope swings on and swim beneath. 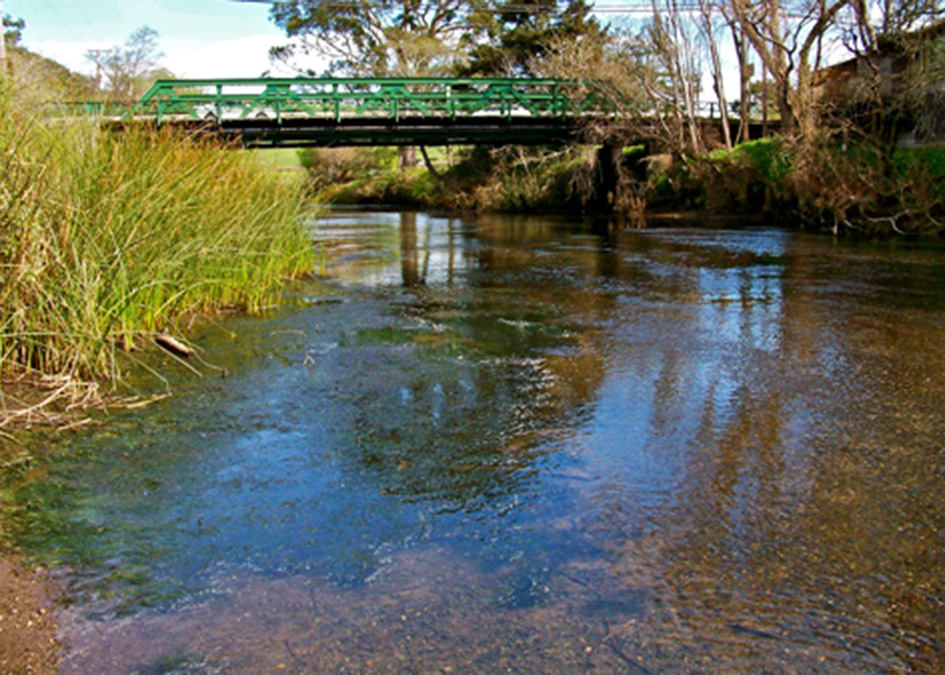 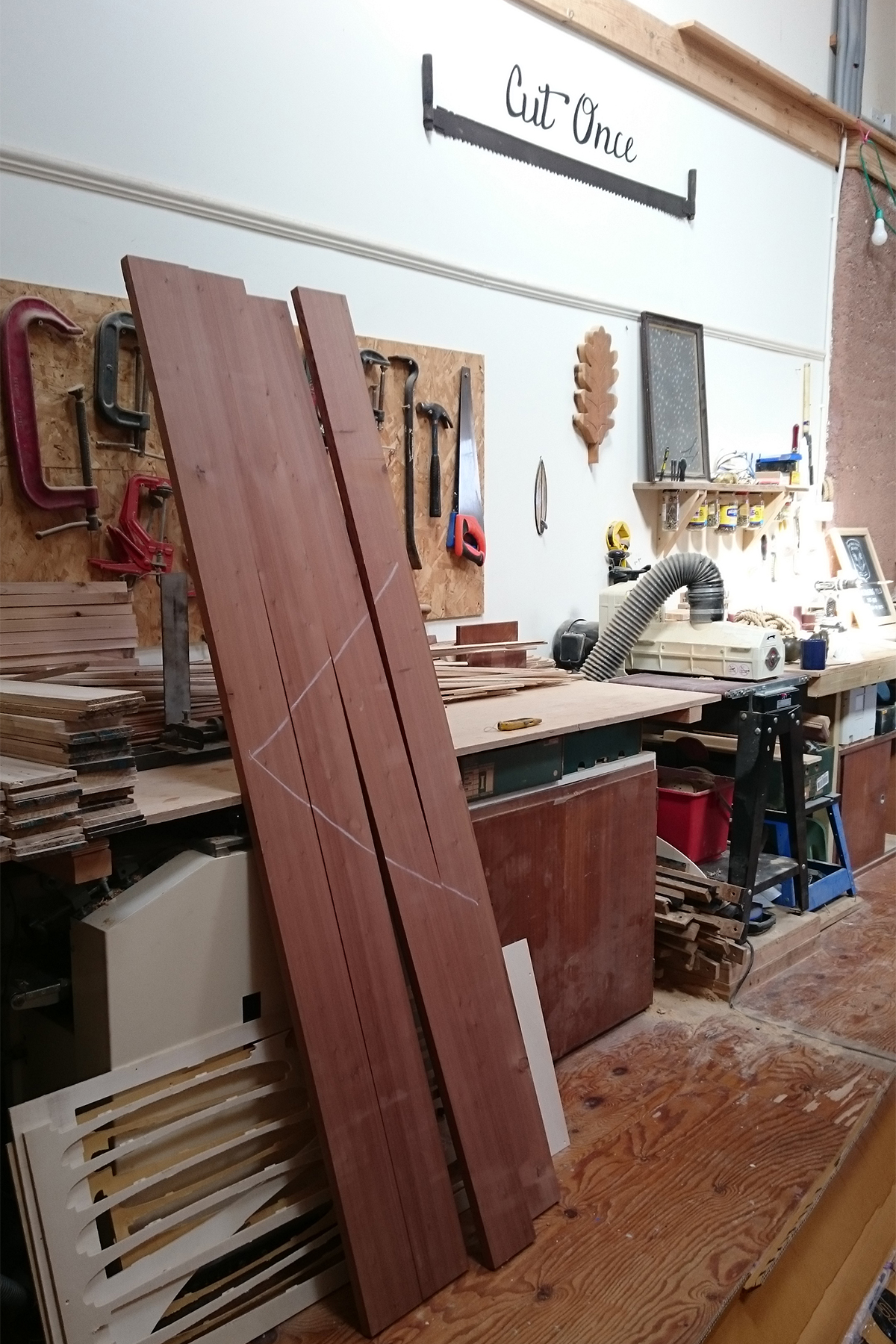 The creek starts life on the northern slopes of Mount Tamalpais and flow down through redwood forests towards the Pacific Ocean; it’s home to river otters, sturgeon and even the odd coho salmon, and is the largest of the creeks that feeds into Tomales Bay where Claire’s parents’ oyster farm is located.  Claire’s parents’ friend is a woodworker and builder, and had managed to get his hands on some of the redwood from the original bridge so it is old growth redwood with incredibly tight grain, and it’s likely that it came from an enormous tree that would have been hundreds of years old.  Being responsible for the latest incarnation of such a precious resource, and one with such provenance, is something that hasn’t been taken lightly by Claire or the team here at Otter.  We originally thought that we’d be getting sent a small block of redwood to incorporate into the nose or tail block of Claire’s board, or a thin length that could be used as an accent strip.

When the delivery driver dropped it off, though, we had cause to hope that there might be enough to use it as the primary timber in the deck and bottom skins of the surfboard.  With some careful machining there was, and the offcuts from the lengths were saved to make a pair of keel fins to laminate onto the board and a bodysurfing handplane.  The redwood is heavier than the western red cedar that we usually utilise for the skins of our surfboards (about 22% heavier), but it’s also stronger which allowed us to cut and machine the skins 1mm thinner than normal (20% thinner overall) in order to finish the board at around the same weight as our other western red cedar 5’10” Fetch fishes.  We laid the deck and bottom skins up with contrasting stripes of poplar in a bespoke pattern to allow us to get the 22 inch (560mm) wide skins out of the redwood planks.  Claire then used pale poplar strips to build up the rails of her board and poplar nose and tail blocks, giving it a beautiful and really striking look. 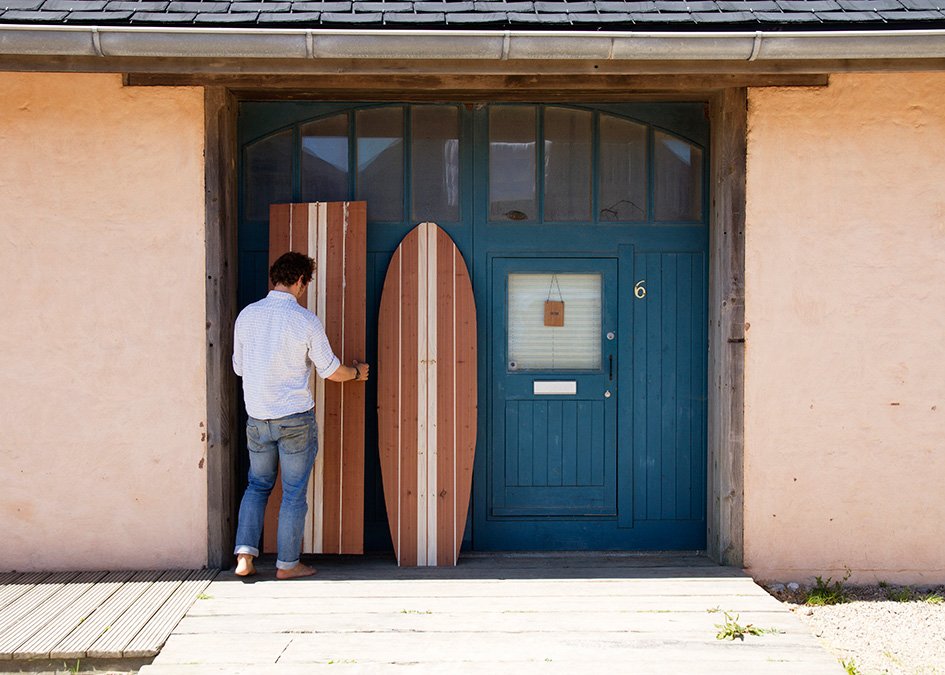 Claire’s redwood wonder (a 5’10” Fetch fish) is certainly a surfboard that stands out in the racks here at the workshop as it’s a noticeably richer and darker colour than the cedar and poplar surfboards that it’s sitting alongside for the time being.  Once it’s been laminated we’ll be shipping it over to California (Claire’s heading back home as this post goes live) where it’ll first touch the water in the Pacific Ocean, quite likely at Salmon Creek on Dillon Beach just outside the mouth of Tomales Bay.  It’s more than likely that the ancient redwood whose timber has eventually found its way into Claire’s surfboard stood in the same watershed that empties into the Pacific at Dillon Beach, or that if the pioneer-era bridge that it was originally used for had fallen into the river and washed down stream then it would have passed this beach also on its way out to sea.  Considering the importance that we place on knowing where our materials have come from and on utilizing locally grown timber, having Claire make herself a surfboard with us using wood that is not only so local to her but that embodies so much local history has made this a really special surfboard for us, and one with a wonderful story. 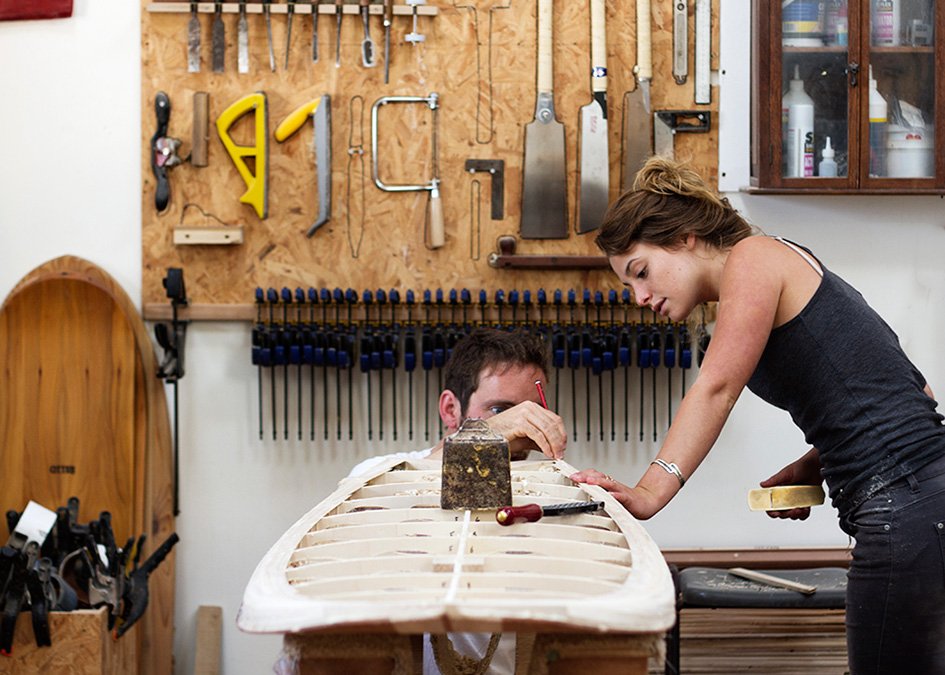 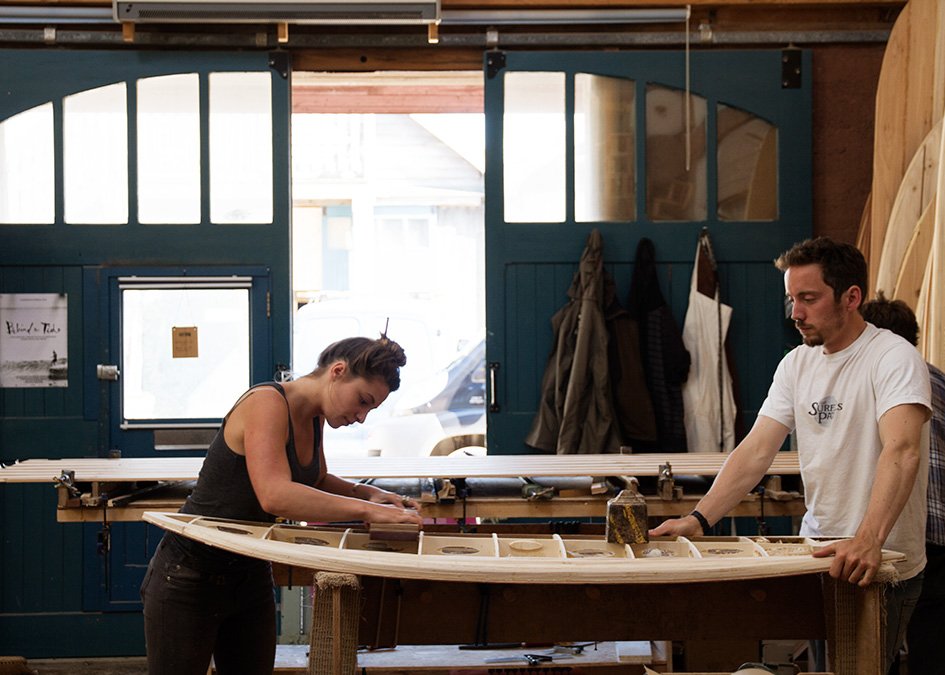 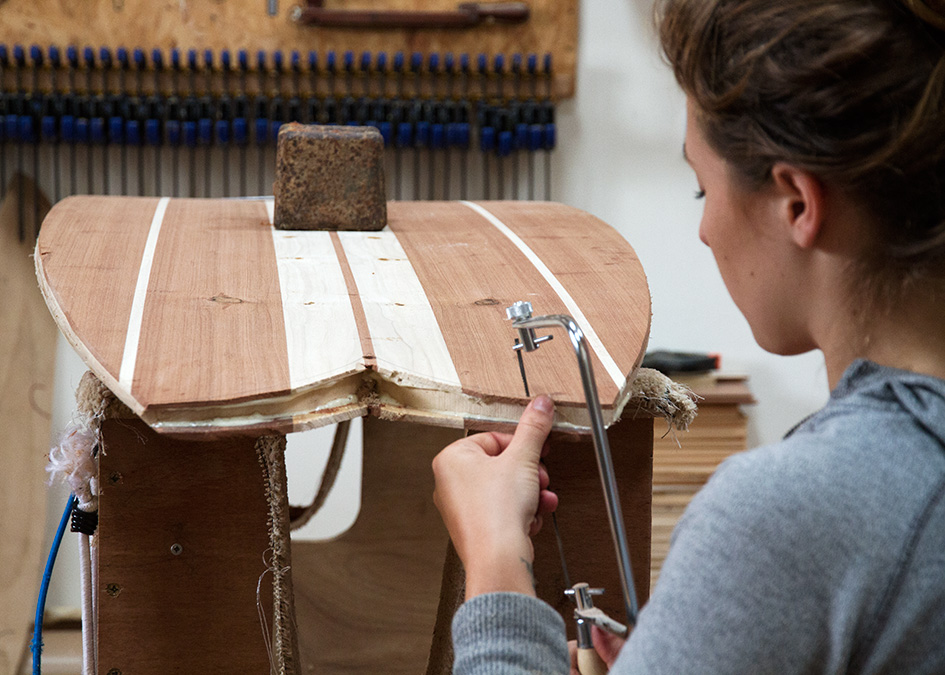 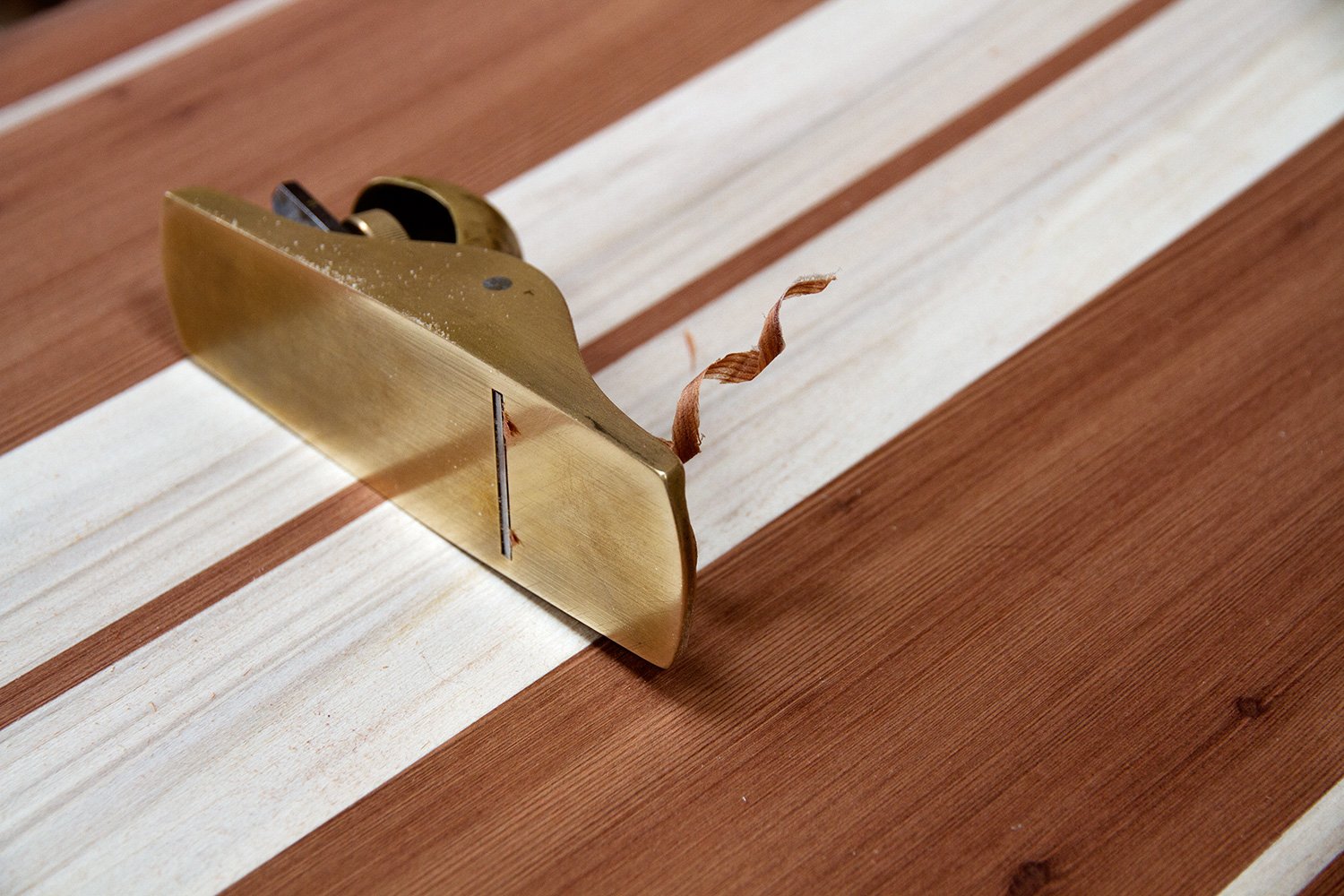 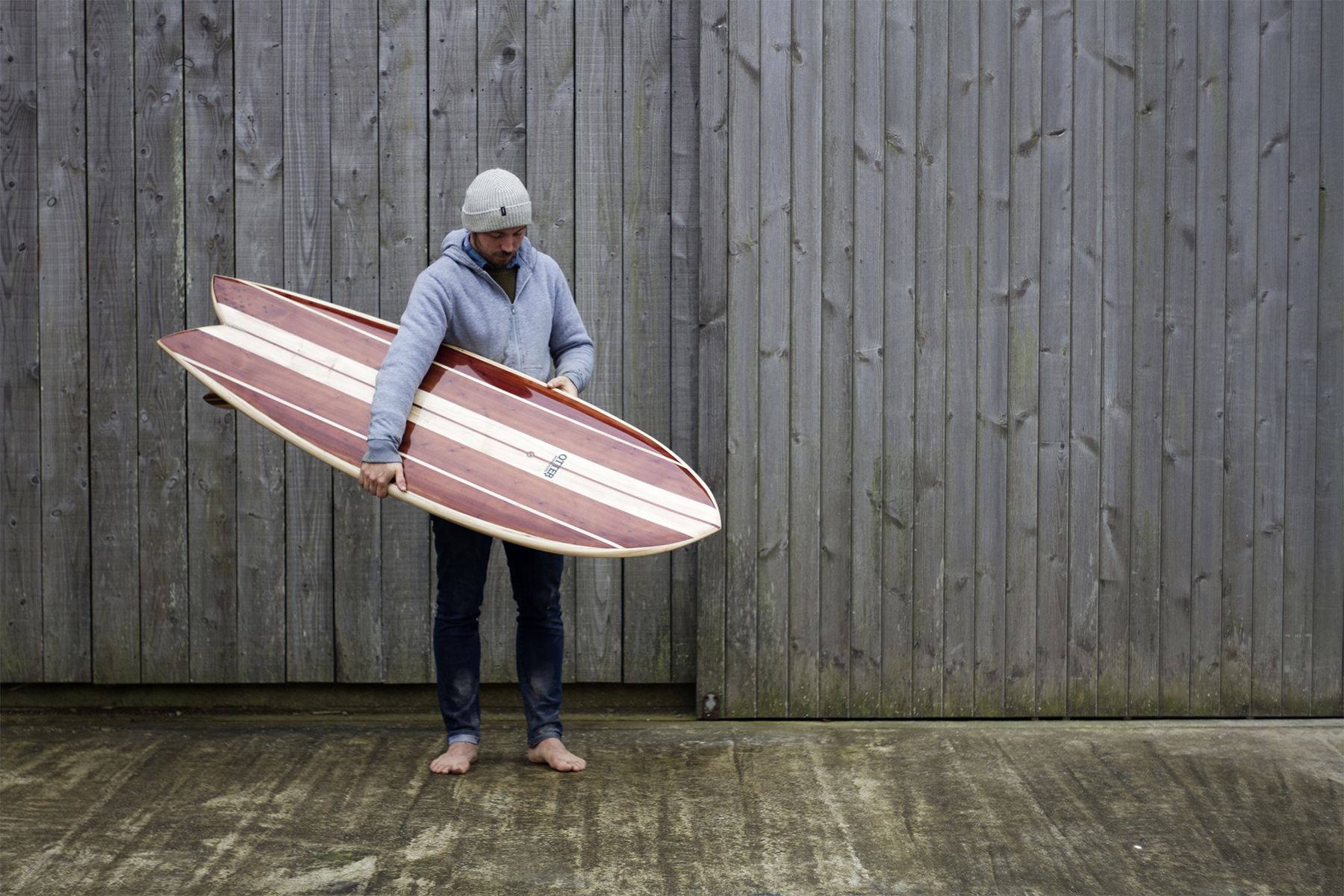