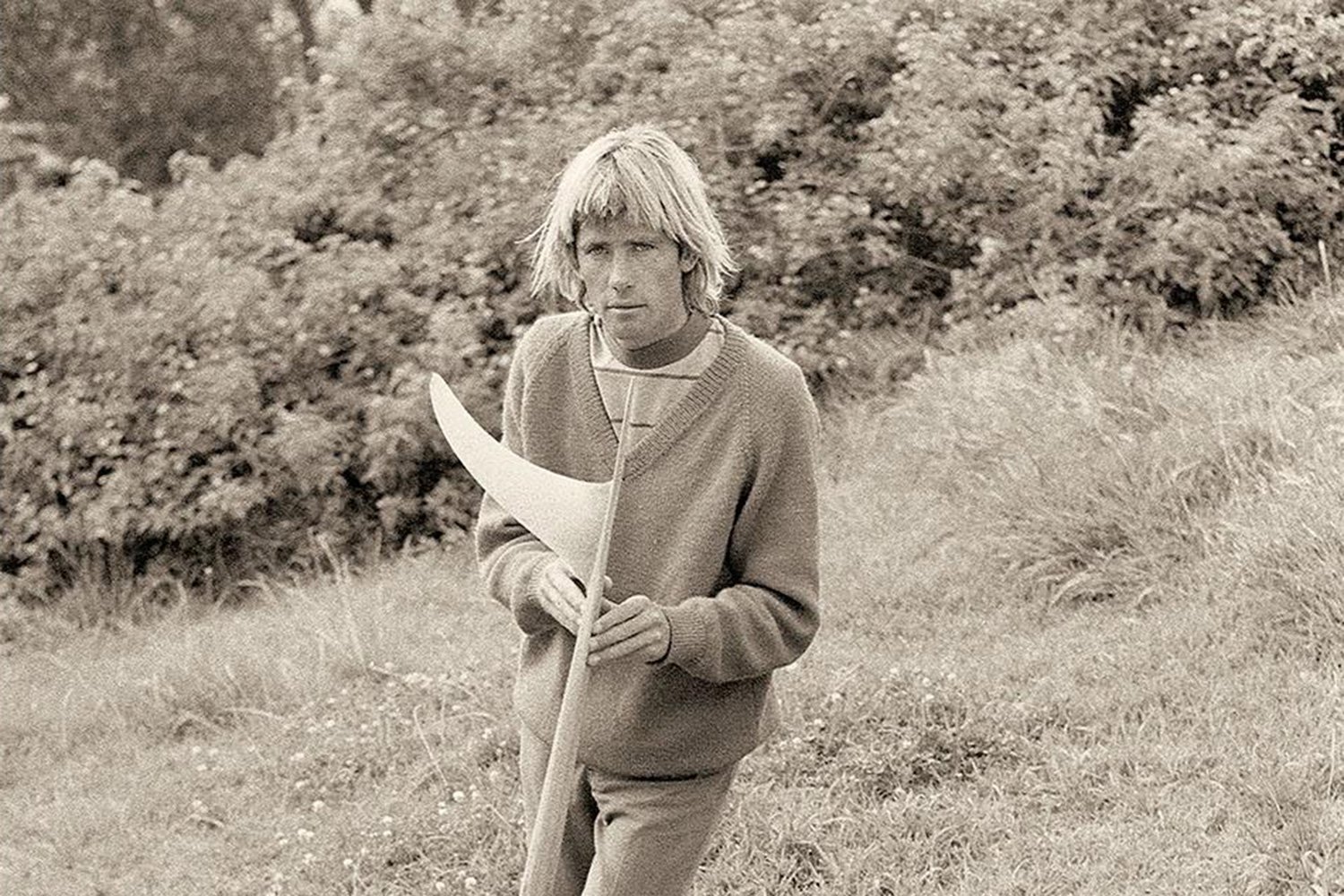 George Greenough is the barefoot genius and inventor whom many people argue was the catalyst for the shortboard revolution of the mid-1960s.  Born in Montecito (near Santa Barbara, California) in 1941 to a wealthy and well-connected family, young George was known to be somewhat of an outsider with a great affinity for the ocean.  After a brief flirtation with stand-up surfing, by the late 1950s he was primarily surfing kneeboards and air mats because he enjoyed being closer to the surface of the wave and the increased sensation of speed that it provided.  An eternal experimenter, Greenough designed and made his own equipment and throughout his entire life has always sought to rework and improve the things that he uses in an attempt to discover and produce the best possible tool for a job.  It was this quest that led him to transform the fin on his boards, amongst other things.

​George Greenough with one of his famous foiled fiberglass fins.  Photo: John Witzig

Whilst still at high school, Greenough shaped balsa kneeboards in wood-shop class, onto which he added a fin that was based on the outline of a tuna’s tail fin on the basis that the fin of one of the fastest and most manoeuvrable fish in the oceans, evolved over millennia, would undoubtedly produce the same performance characteristics when used on a surfboard.  This new fin was almost a third smaller than the standard 10’ fins being used on surfboards at the time, with greater rake (sweep) and it was far more flexible to allow energy to be stored and released though turns, like a spring.  This experiment in bio mimicry paid off, and Greenough was able to effect incredibly tight top-to bottom surfing, gauging cutbacks and deep tube-riding far, far, ahead of the levels of performance achievable on the standard surfboards of the era.

In 1964 Greenough visited Australia where he became friends with Bob McTavish and Nat Young, both of whom were captivated by his high performance surfing on his kneeboard.  Greenough ended up making a fin for Nat Young’s surfboard that he rode to victory in the 1966 World Championships in San Diego.  At the same time, Greenough was further improving his kneeboards, building fiberglass boards with a foam “lip” around the nose and rails but an incredibly thin and flexible fiberglass tail with one of his signature flex fins, upon which he continued to push the limits of speed and manoeuvrability. 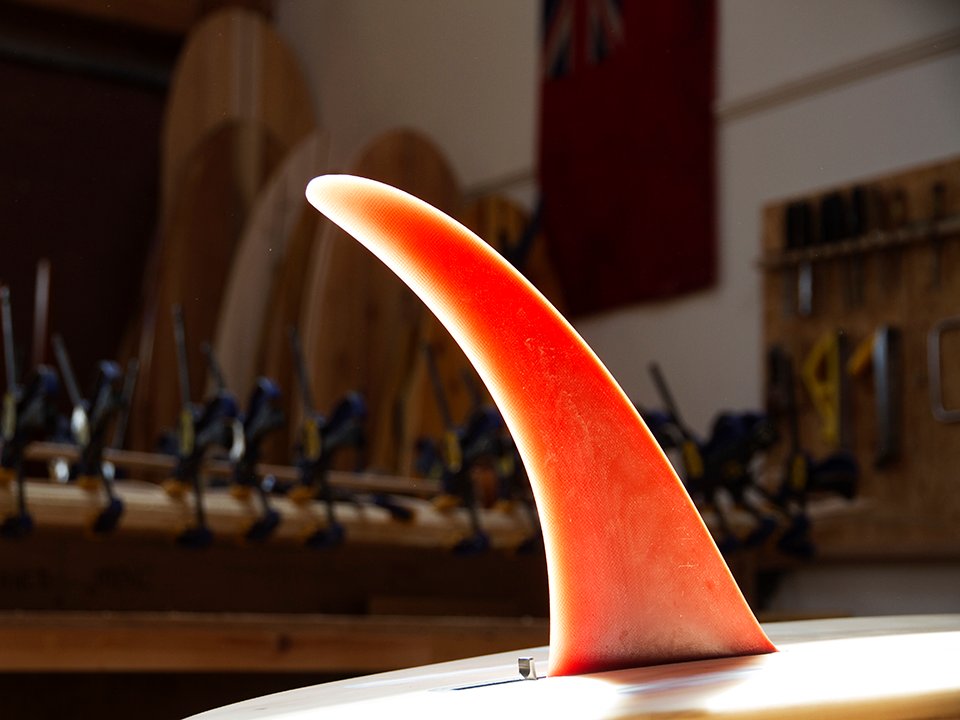 His influence on Young and McTavish prompted them to search for ways to make their surfboards perform in a similar way to his kneeboards so that they could draw similar lines on a wave, and the result was the shortening of their surfboards and McTavish’s vee-bottom surfboard.  Greenough’s experiments and desire to push the performance boundaries of waveriding were a direct cause of the shortboard revolution in the late 1960s and early 1970s. 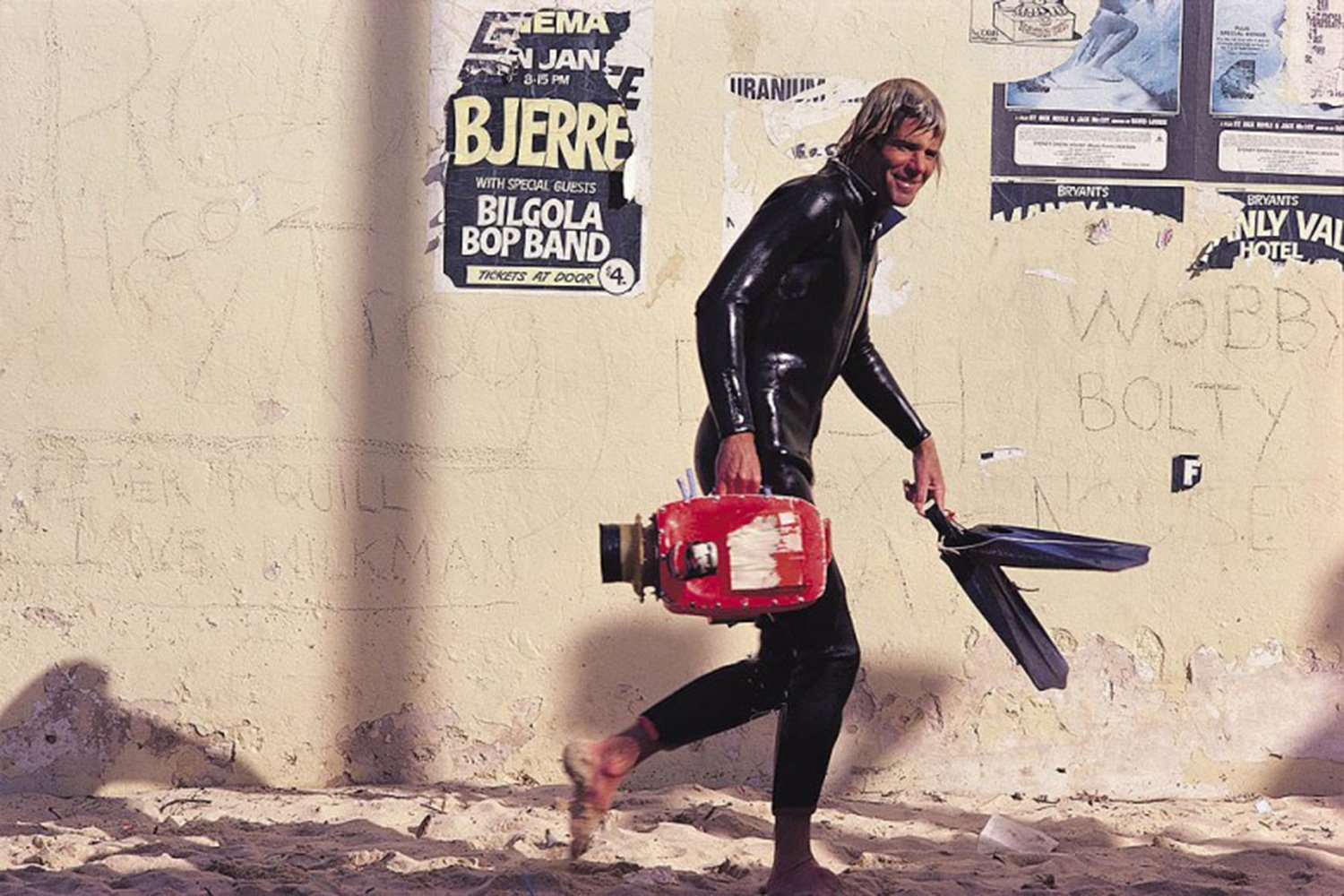 As well as experimenting with and contributing to the improvement of surfboard performance, Greenough turned his tinkering to other items such as boats and cameras.  His groundbreaking point-of-view footage from within a barreling wave, shot on a converted high-speed movie camera strapped to his shoulder, was the seed for a million GoPro clips that fade into insignificance when you consider the multitude of skills (both in and out of the water) required for Greenough to share what it was like to ride inside the tube with the general public. 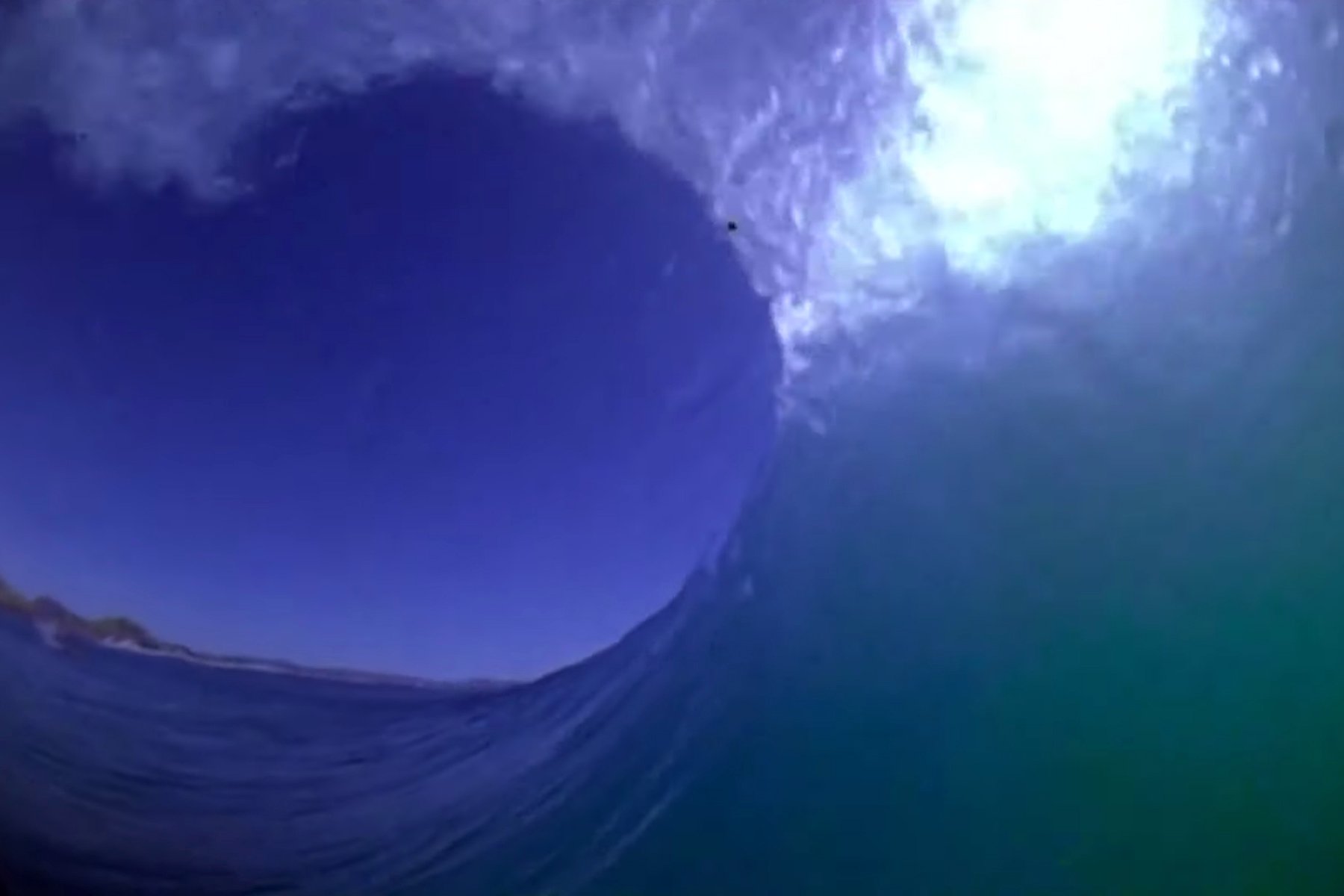 But, for all of his wonderful and often eccentric inventions, it is for his contribution to fin design that we wish to celebrate George Greenough; for looking to nature for inspiration and experimenting with ways to try and go faster, turn harder, and manoeuvre through the deepest and longest barrels.  All of us are able to surf better because of George’s inquisitive mind.

Feature image by and copyright of John Witzig.  Video courtesy of Patagonia.