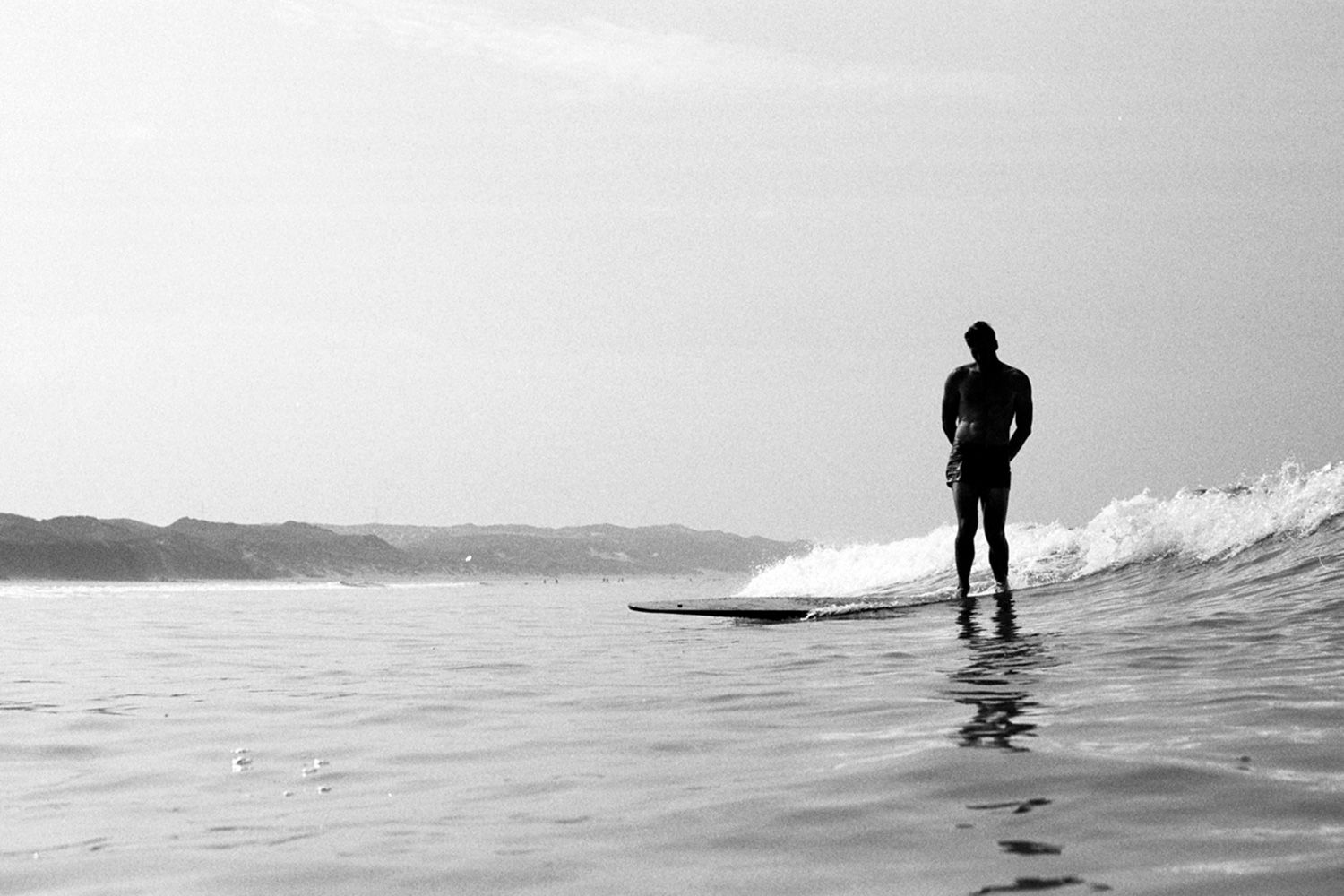 In The Wake Of Blake

​We’ve had a rather unusual surfboard stored in the workshop for the past year or so; it’s a twelve feet long replica of a Tom Blake style finless paddleboard and it’s spent time alternately propped up in the corner or stacked atop the timber racks. When visitors spot it they usually end up asking what it is and why it’s here because it’s so different to everything else in the workshop. The short answer is that it’s here because it won’t fit in Mat’s shed, but the long answer is a bit more interesting: 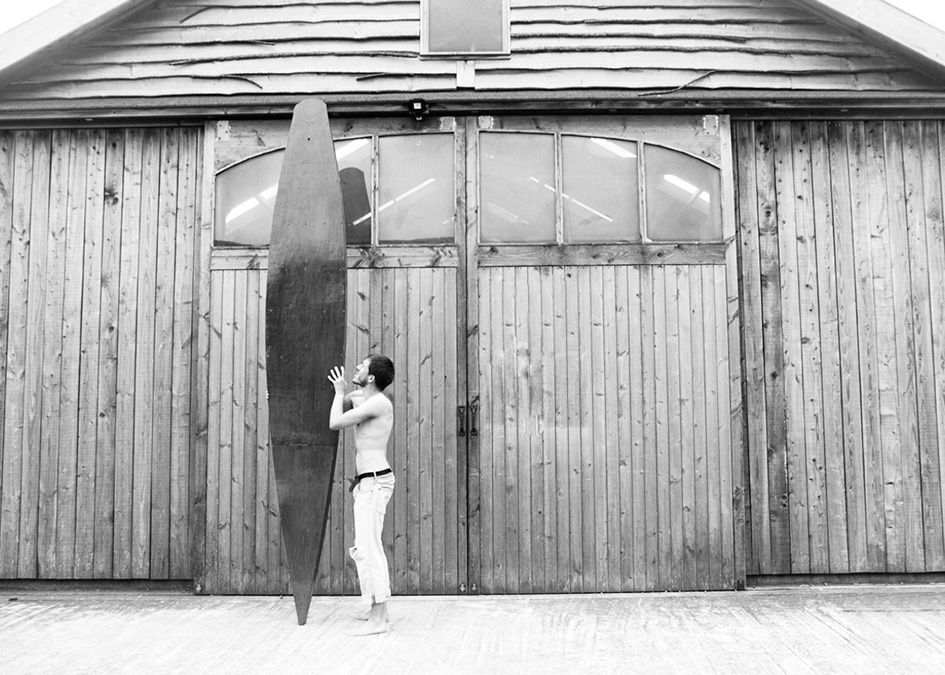 Mat and his friend Harry made the board the summer before last over the course of a long weekend; Harry is head coach at the Surf Simply coaching resort out in Costa Rica, and came down to visit Mat during a short visit back to the UK. Both of them are pretty enormous geeks when it comes to surfing, be it surfboard design or the history of wave riding, and they hatched a plan to spend the weekend making a replica 1920s era hollow wooden surfboard purely to feel what it was like to ride one of these boards. Harry owns a few pairs of U.S. Navy Seals issue UDT (underwater demolition team) swim shorts that were given to him by a former guest at Surf Simply, but they’re not the sort of shorts you’d wear whilst riding your regular surfboard – they are perfect though if you’re planning on paddling out on a finless, square railed behemoth to try and recreate, as closely as possible, the experience of surfers from the 1920s and 30s. Being a personal project, Mat decided to documented the build process on a camera that was as old as the surfboard plans they were working from – his granddad’s Kodak box brownie from 1927 – as well as an old medium format TLR camera and an analogue SLR. 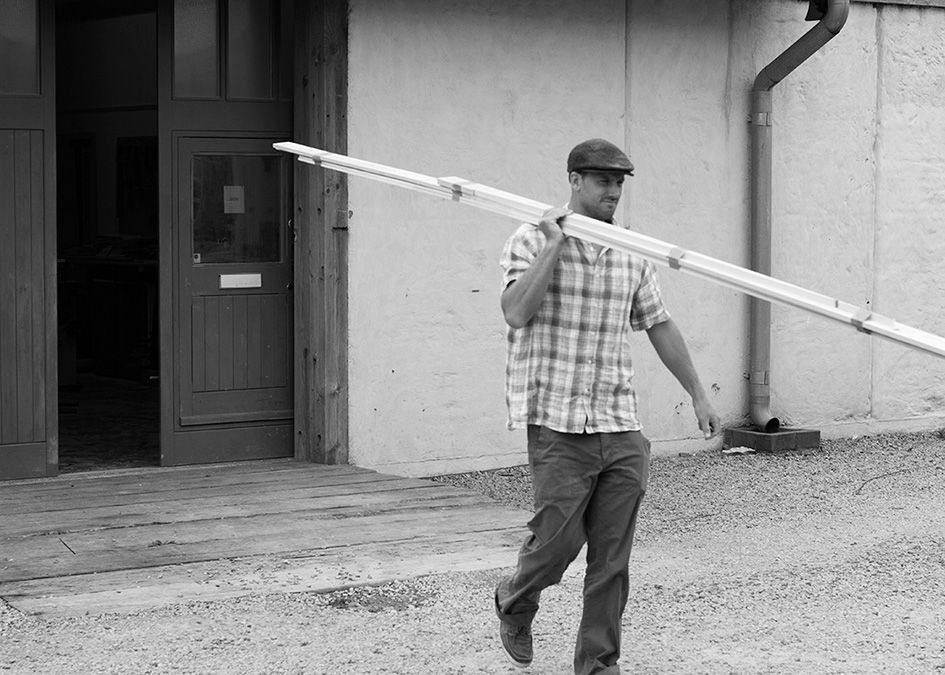 These surfboards are the forebears of the designs that we produce today, so there was a lot of interest around the workshop in Mat and Harry’s project. Most of the build took place in the spirit of pioneering 1920s surfers, that is to say that Mat and Harry made the board on a kitchen table and pair of trestles in the garden. They did however pop in to the workshop on the first lunchtime of the build in order to save a bit of time by using our bandsaw to cut the rocker line into the length of 3’x1’ pine that they then ripped in half to produce the two rails. The boys were working from a load of scanned plans from old copies of Popular Mechanics and from various other online sources such as the archives of the Australian Surf Lifesaving Association, and adapting them to suit the modern day dimensions of the wood that they could get their hands on – hardware store pine planks and sheets of plywood. The rails were attached to solid nose and tail blocks and then ribs were placed at 1’ intervals. These ribs had notches cut in them to accept battens that ran the length of the board (in place of a stringer) to provide extra gluing surface and support for the thin plywood deck and bottom panels. The whole board was glued and screwed, with brass panel pins used to secure the panels. Mat and Harry wanted to try surfing the board finless initially, as the original boards would have been ridden, so they applied a coat of stain and a few coats of varnish and called it finished. Harry then had to head back to work, so we ended up with their enormous square railed “cigar box” on the racks here inviting questions from puzzled visitors for four months until he was next back in the country. 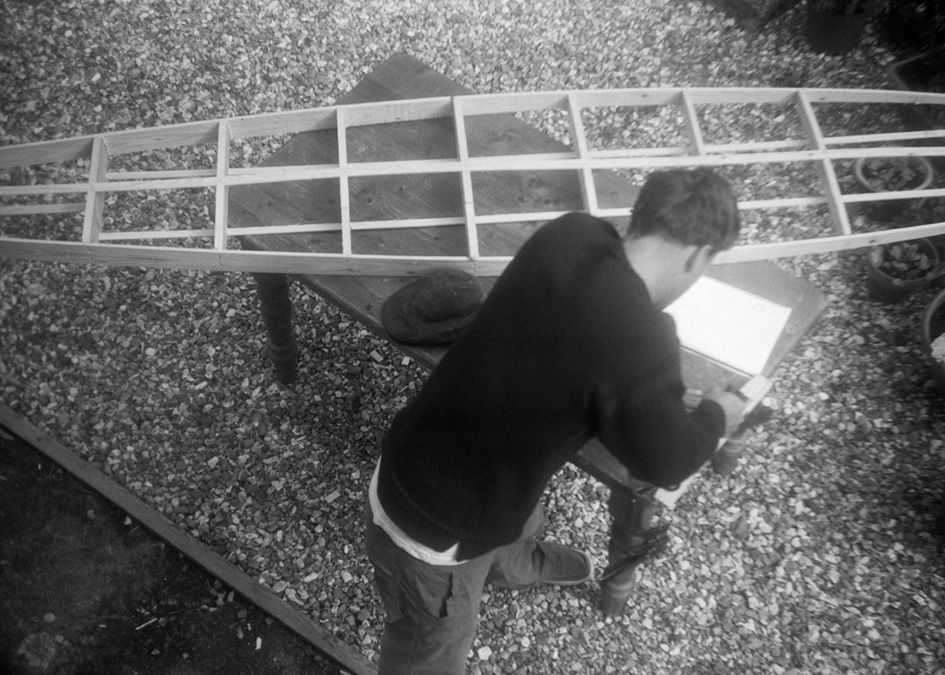 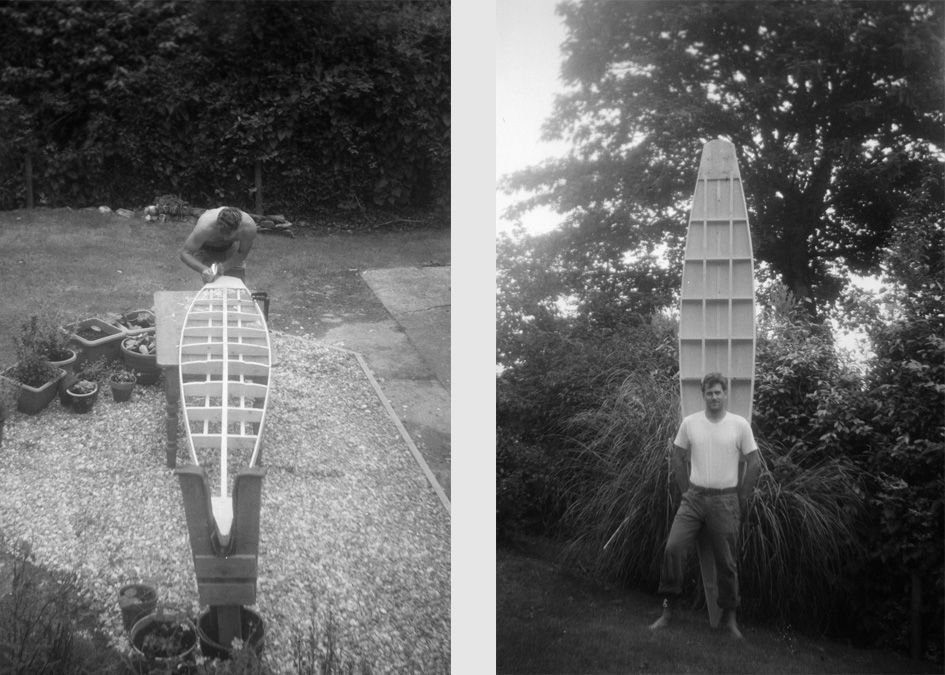 That time came in early September, and it just so happened that Mat and Harry lucked into the perfect swell to try their board; knee high peelers, no wind, warm water and a misty morning that made Cornwall look like California. Mat’s pictures tell the story of their success well enough – their cigar box paddled well, with the rolled belly and long, drawn out, pin tail giving good directional stability, and it caught waves incredibly easily. Harry had been expecting a few falls and spins before getting the hang of the board, but it was far more stable and responsive than expected. On his first wave Harry angled his takeoff, stalled slightly to set his line and trimmed perfectly along a small left until it closed out in shin-deep water. It would have counted as a fun wave on a modern surfboard, let alone when you know that you’re recreating an experience that very few modern-day surfers have ever had. 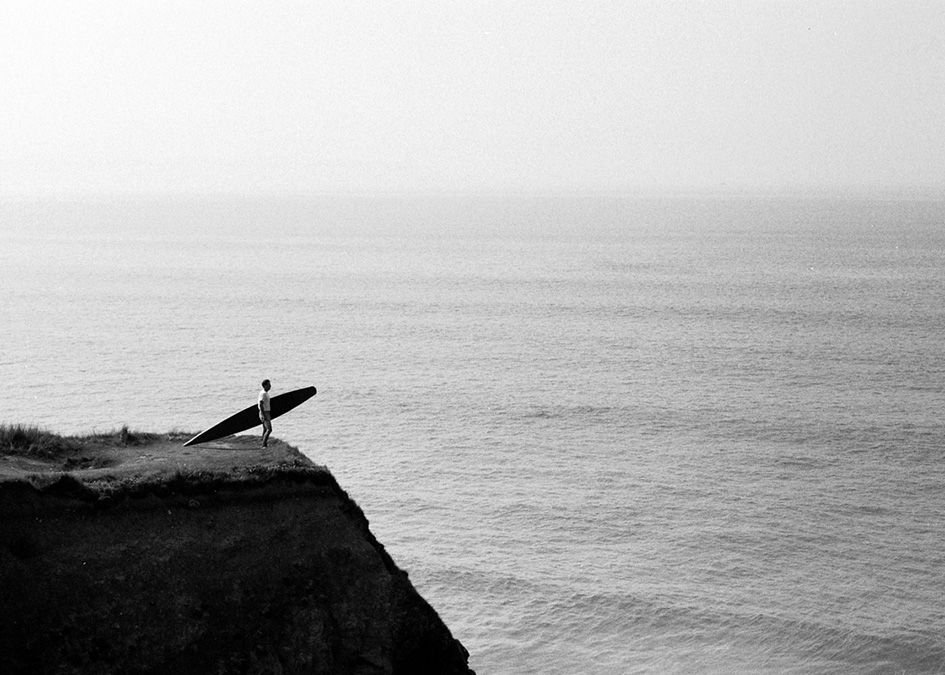 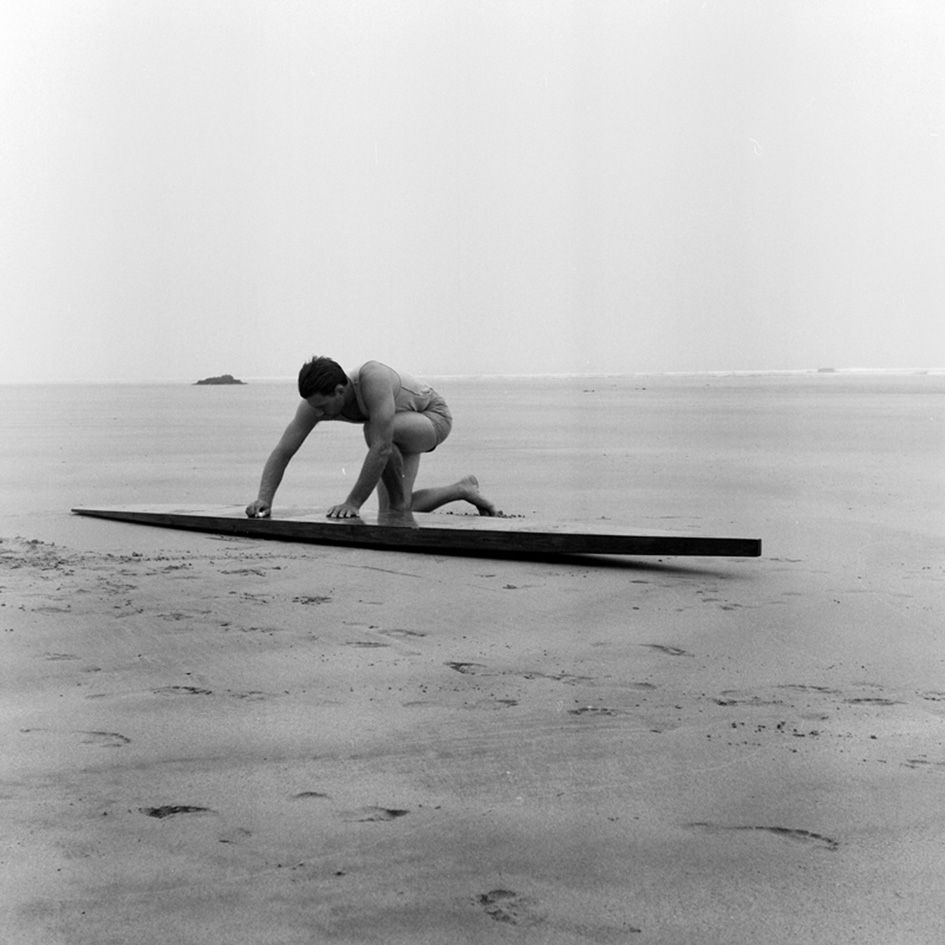 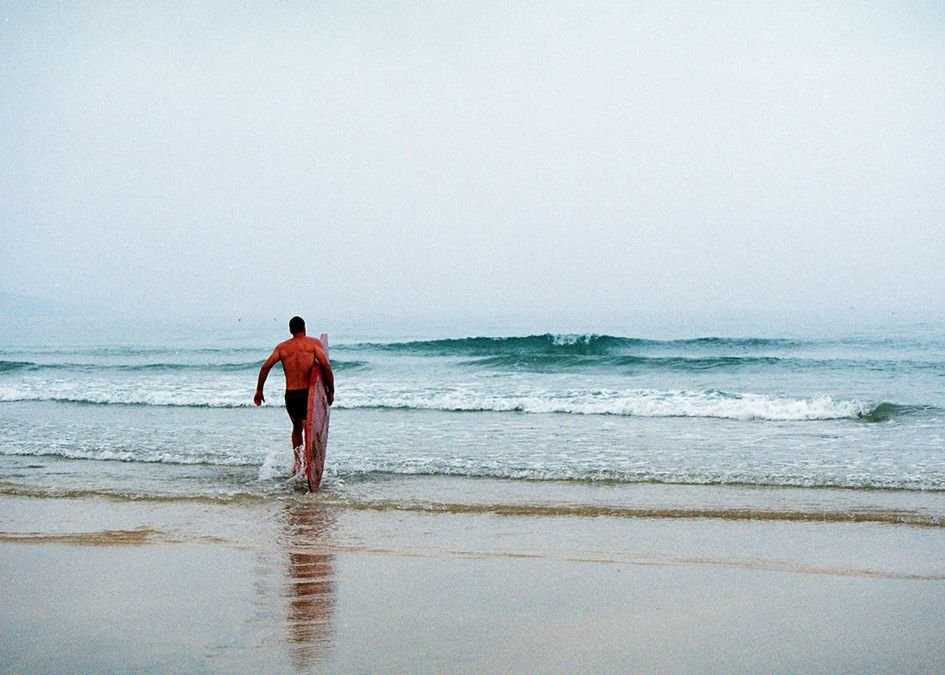 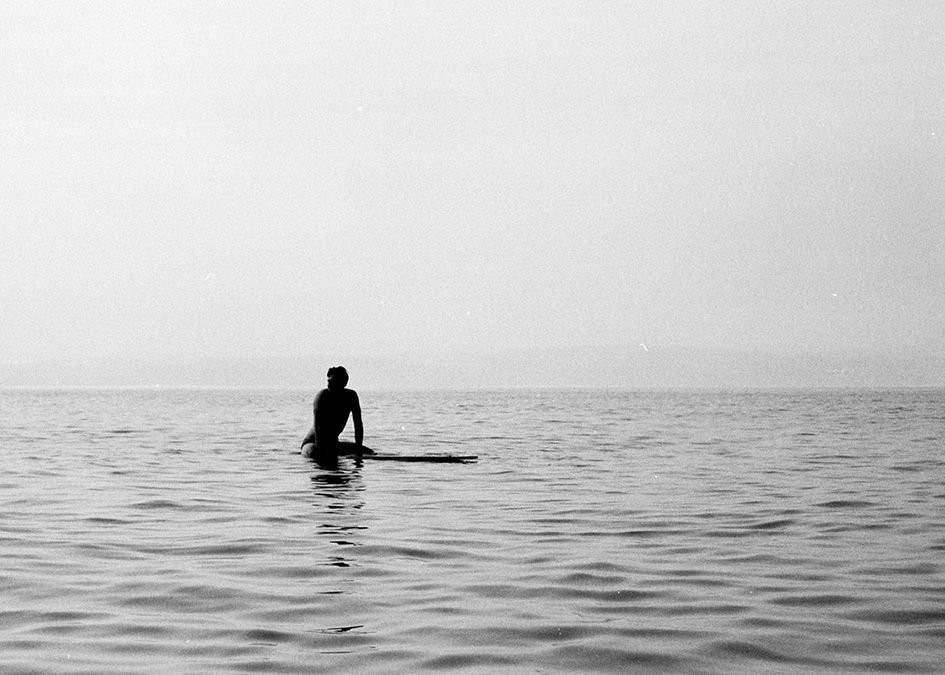 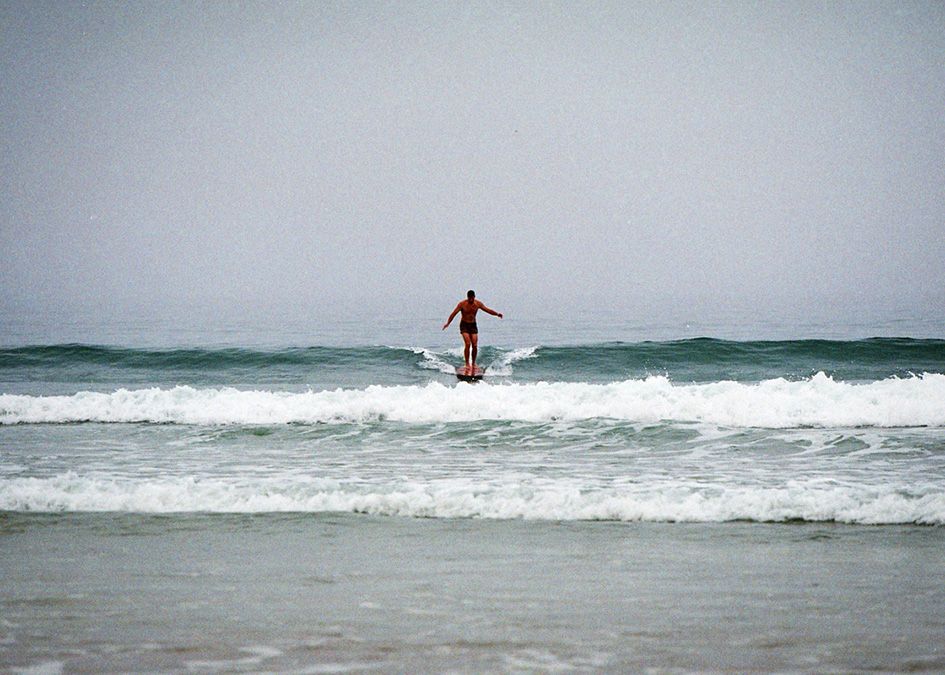 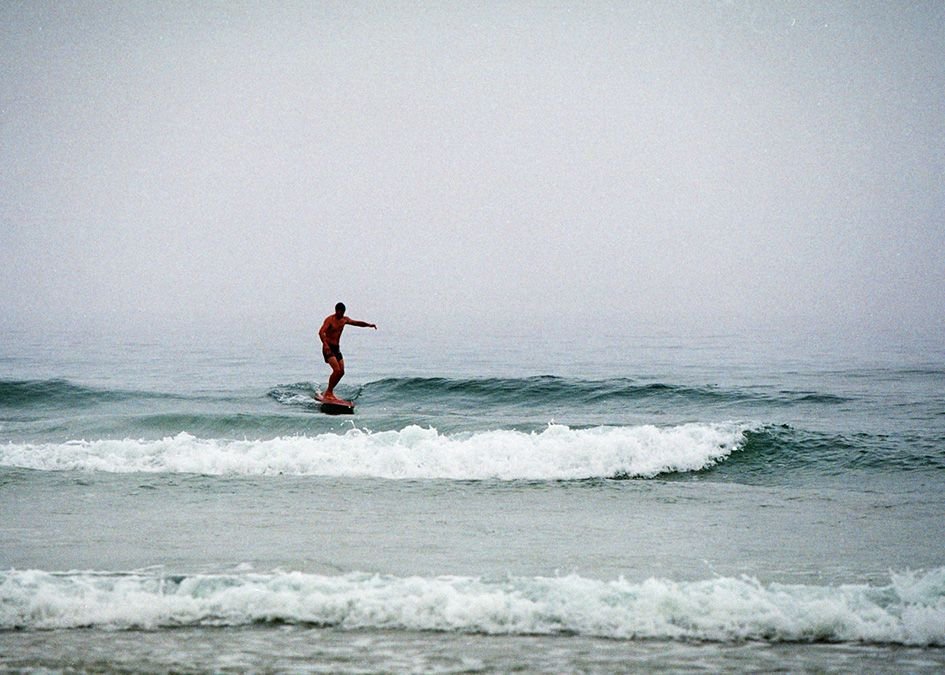 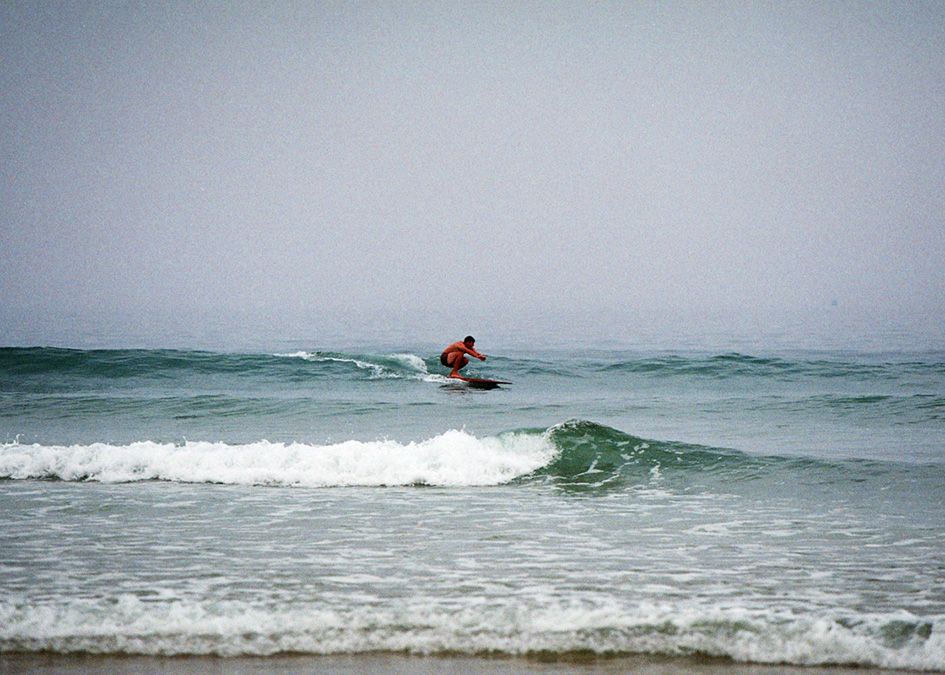