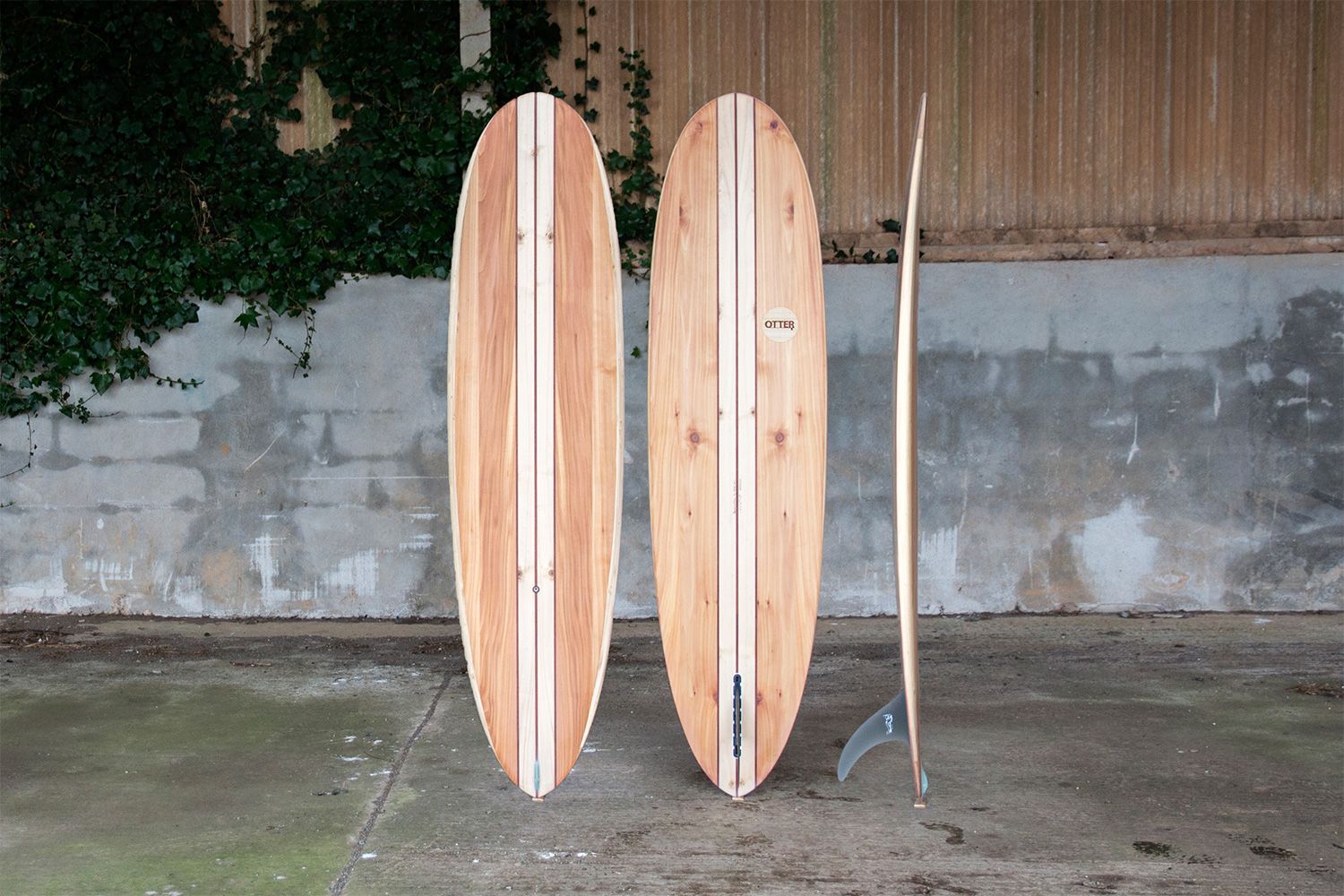 Sometimes we set out to design and make a new wooden surfboard model, and sometimes one develops seemingly organically. The Barque is a new addition to the Otter Surfboards range and is one such shape; the quickest way to describe it would be to call it a smaller version of our ever-popular Island Hopper model, but that would be doing it a disservice.

Developed over several workshop courses as the result of a number of workshoppers enquiring after a smaller mid-length option, the Barque sits between the Jetty and the Island Hopper, right in the one-board-quiver sweet spot. It carries plenty of volume, so paddles well and catches waves easily. The Barque’s full nose makes it a stable surfboard, particularly in smaller and weaker waves, whilst it’s relatively straight rail line and pulled in tail make for a fast board down the line when the surf gets a bit bigger. When it’s small you can cruise on the it, but if the swell picks up then it’ll get into waves and flow nicely down the line when well overhead. Much like it’s older and younger siblings the Island Hopper and the Jetty, the Barque is a great all-rounder and could be the only surfboard you need – for any season, at home or abroad. 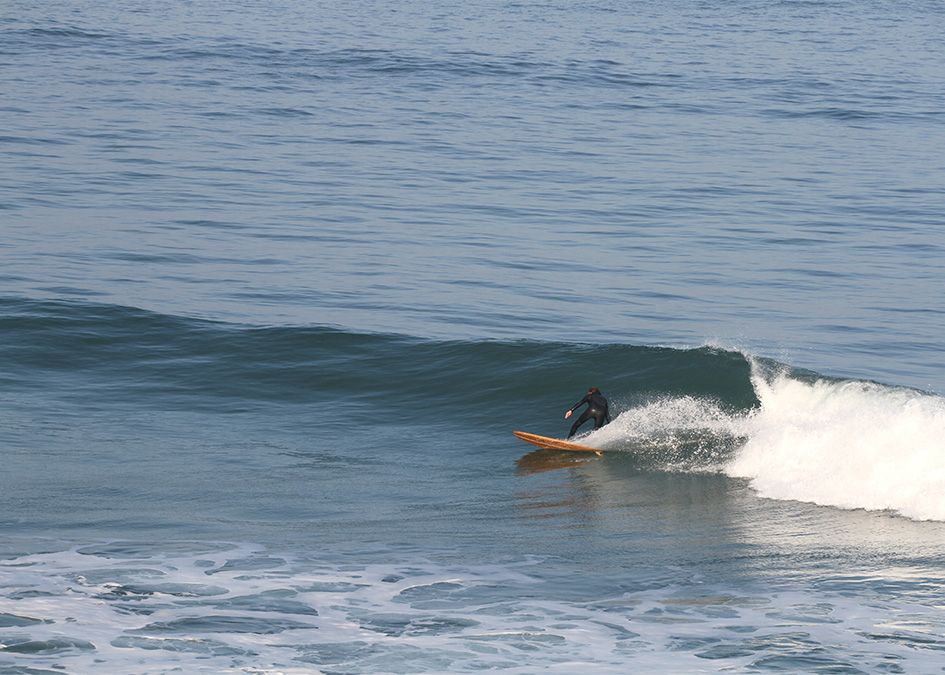 The word barque is thought to originate from Celtic languages, and mutated through Latin into French before being assimilated into the English language. In later centuries it came to refer to a sailing vessel with three or more masts (specifically, the front two of which are square-rigged and the aft-most mast being rigged fore-aft) and the English Navy used the term bark in the 18th century to categorise any vessel that didn’t fit within it’s standard nomenclature. Prior to that, and still in Spanish and Italian, the term barca refers or referred to a small boat rather than a full size ship. Besides the strong maritime reference though, we just really like the fact that one of the word’s alternative spellings, bark, has links to both trees and dogs – which sits well with us here at Otter Surfboards.