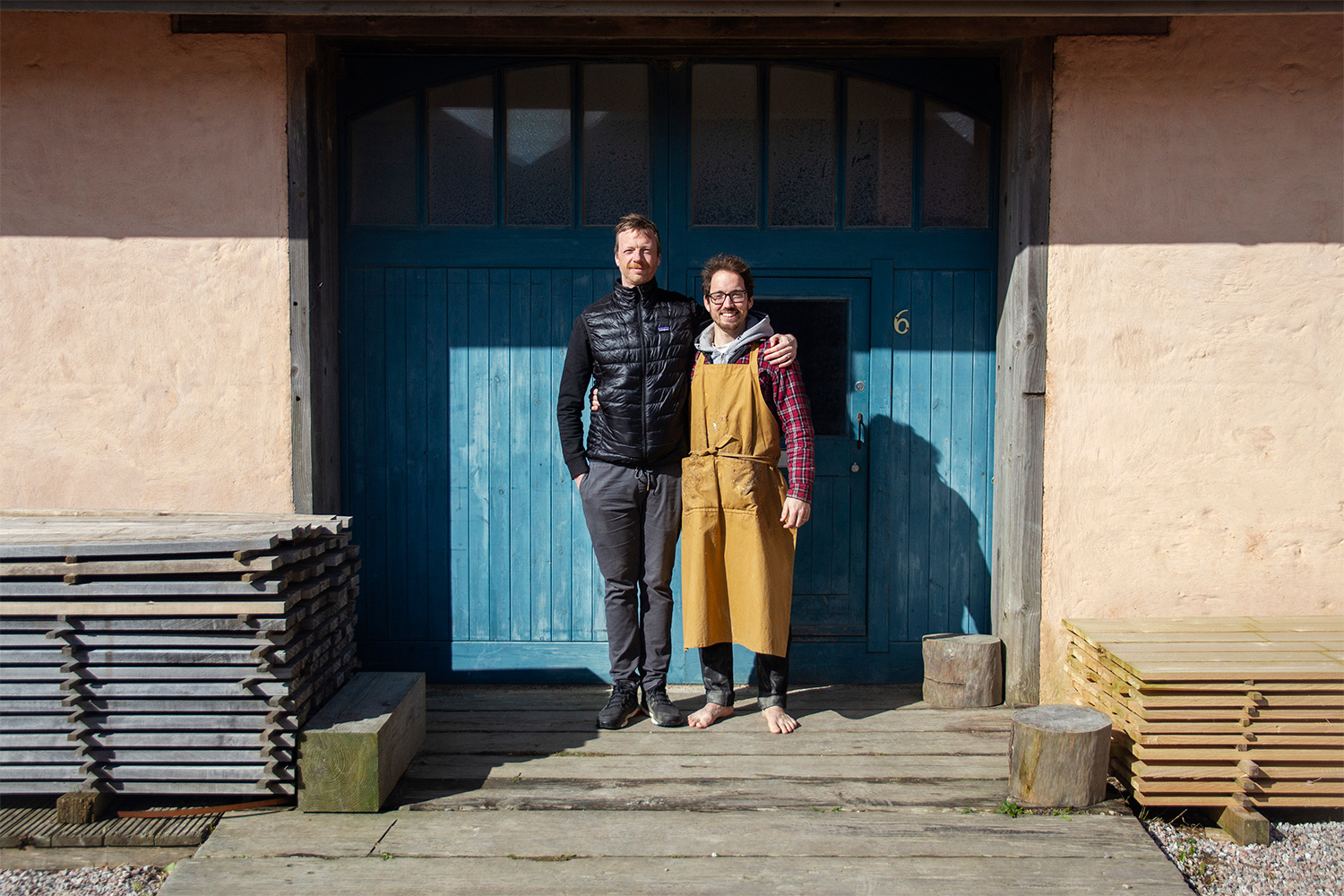 One windy Monday morning in the beginning of March we were joined at the workshop by the lovely Matt Barr, of the Looking Sideways action sports podcast.  Matt is a real heavyweight in the world of boardsports media; a former editor of Whitelines snowboard magazine, co-founder of All Conditions Media, and the founder and presenter of Looking Sideways.  His mission is to “cover the most interesting stories in action sports and other related endeavours” and in the surf world alone he’s interviewed such inspirational characters as Rob Machado, Keith Malloy, Mick Fanning, Kevin Naughton & Craig Peterson, and Jamie Brisick, amongst manner more (outside of the world of surf, you might recognise names like Alex Honnold, Jenny Jones and Danny MacAskill).  Matt was in Cornwall for a few days recording a “Cornish omnibus”, and it was a real honour to be included on his hit list.  You can listen to his conversation with James below, or download it from your regular podcast source.  Matt’s lovely introduction will give you an idea of what to expect:

“Could a wooden surfboard change your life? It wasn’t a question I was expecting to ask when I travelled down to Porthtowan to meet James Otter of Otter Surfboards for the first episode of my Cornish omnibus.

I thought we’d be discussing the backstory of Otter Surfboards, finding out how James got into wooden surfboard shaping and design, and delving into the history of this venerable practise.

Of course, we did cover all that. But in the tradition of all the best Looking Sideways conversations, this chat took on a life of its own, and strayed into some wholly unexpected territory.Like how we humans have a preternatural connection to wood, something which fuels our innate creativity. And how the business model behind Otter evolved unexpectedly, the meaning of which deepens for James with every passing year.

And, above all, how the simple act of building a wooden surfboard might just have the power to help you make sense of your life, as it has done for James and the countless others who have joined him in the act of creating their own wooden craft.“

Our sincere thanks to Matt for featuring James on Looking Sideways, and for his wonderful company and conversation.  If, like most of us, you are spending much more time at home or alone at the moment during these strange and challenging times, then Matt’s considerable back catalogue of interviews is well worth listening to.