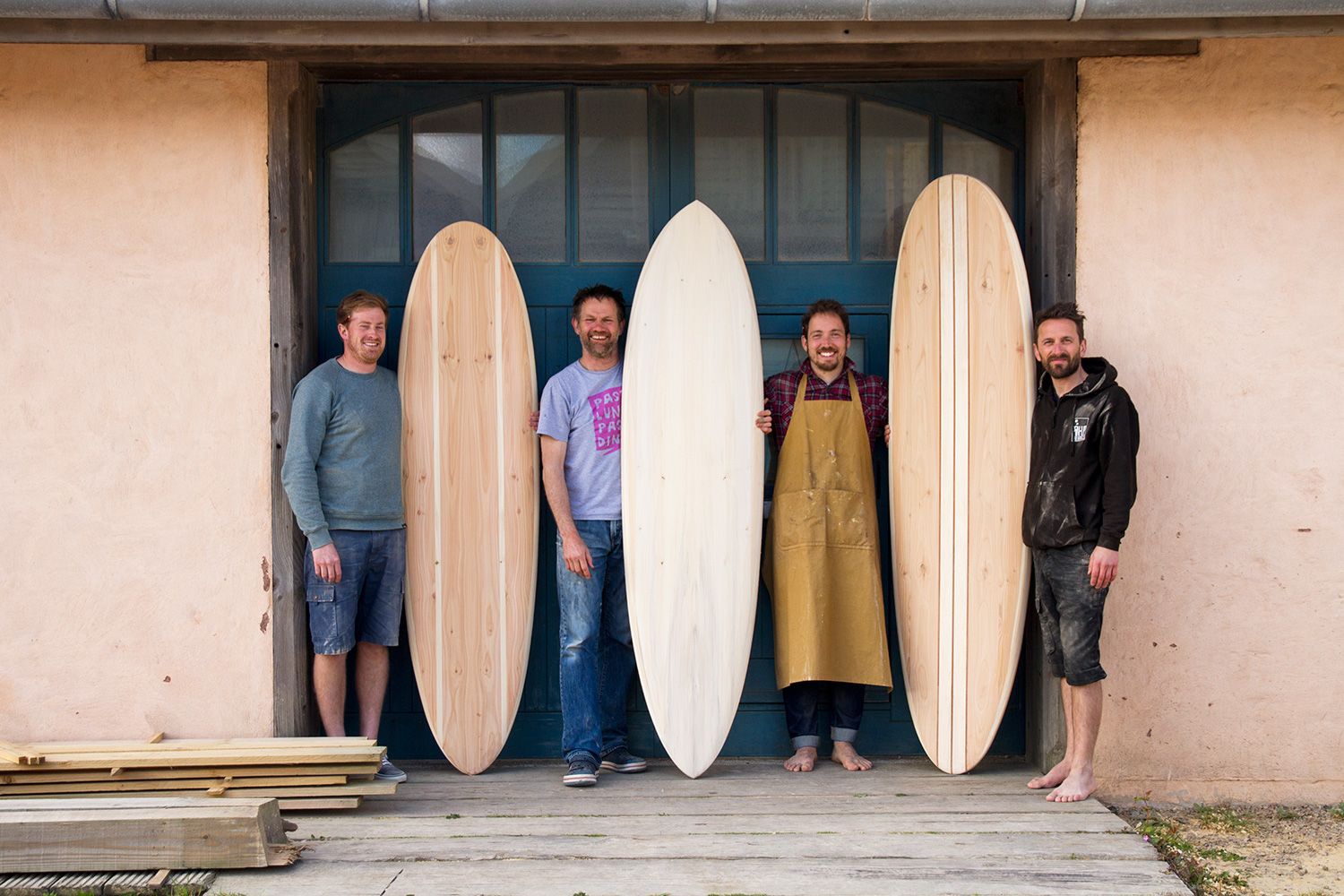 Ordinarily, it’s only James who keeps a pencil tucked behind his ear. This past week though, all three workshoppers arrived with the same habit; a subconscious action that meant that whether or not they even needed a pencil, one was always to hand. 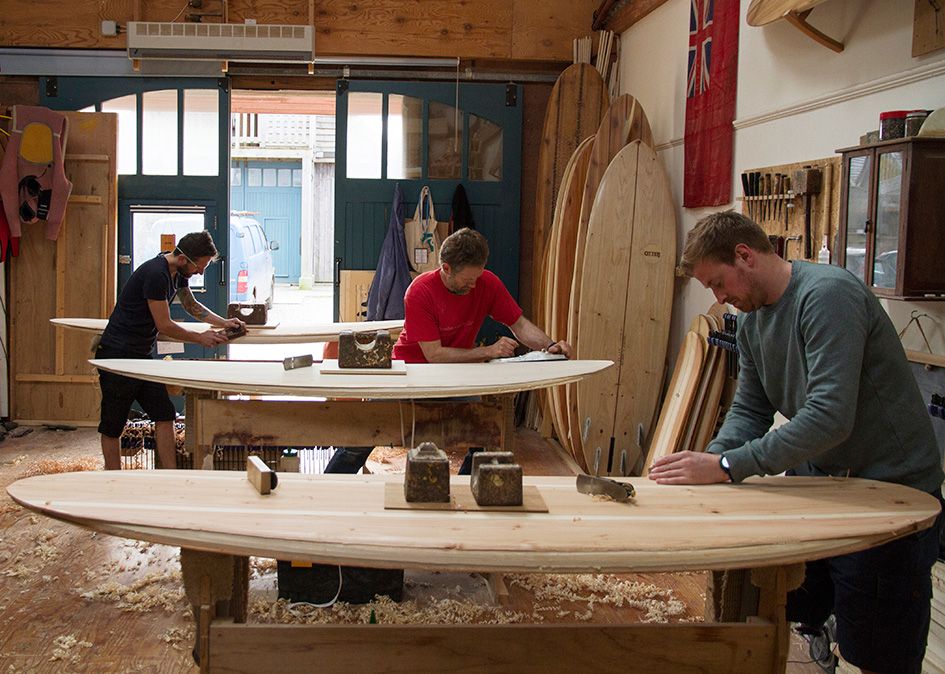 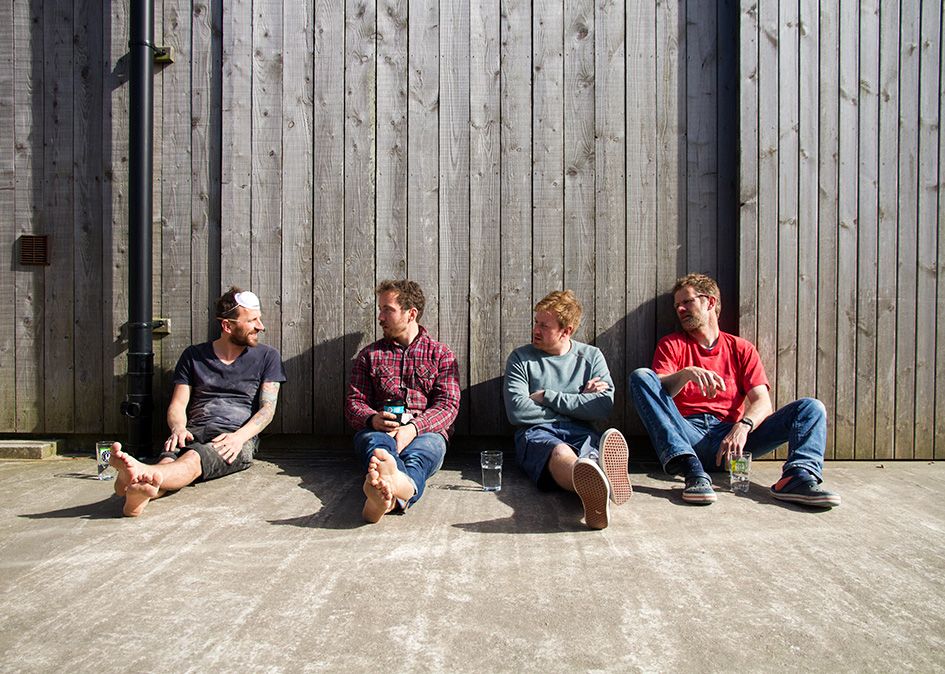 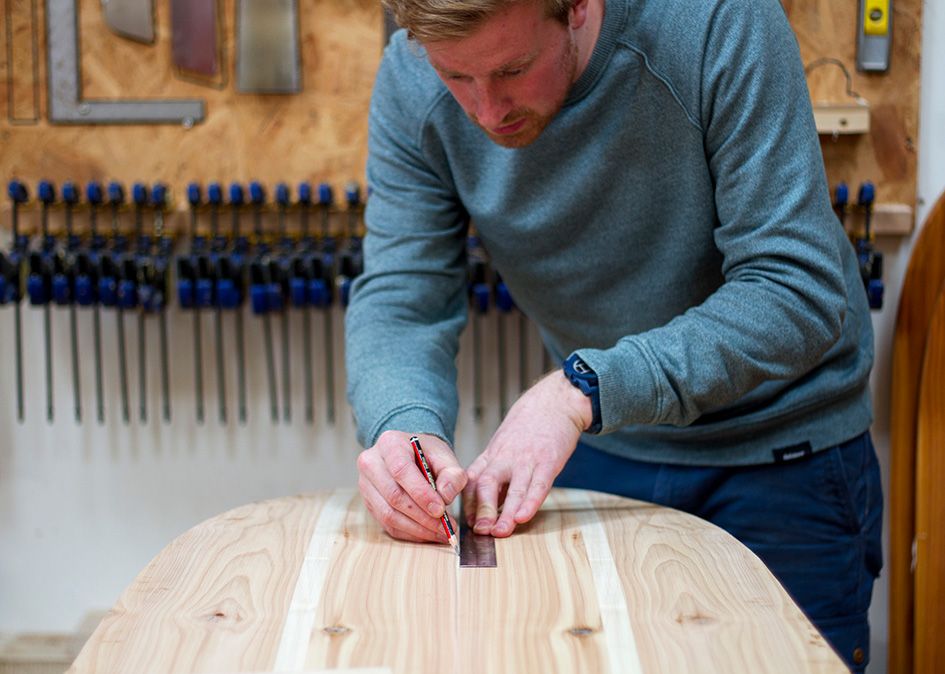 For Jon, who’s a carpenter by trade, having a pencil tucked behind his ear is basically a part of his “uniform” for work. It’s probably safe to say that the only time he doesn’t have a pencil behind his ear, is when it’s in his hand. Jon made himself a 6’10” Jetty, and in just a couple of weeks time is making the permanent move from his home on the south coast in East Sussex to North Devon. When he collects his new surfboard it probably won’t be leaving the southwest, and will be seeing a fair bit of water time around Croyde this summer. 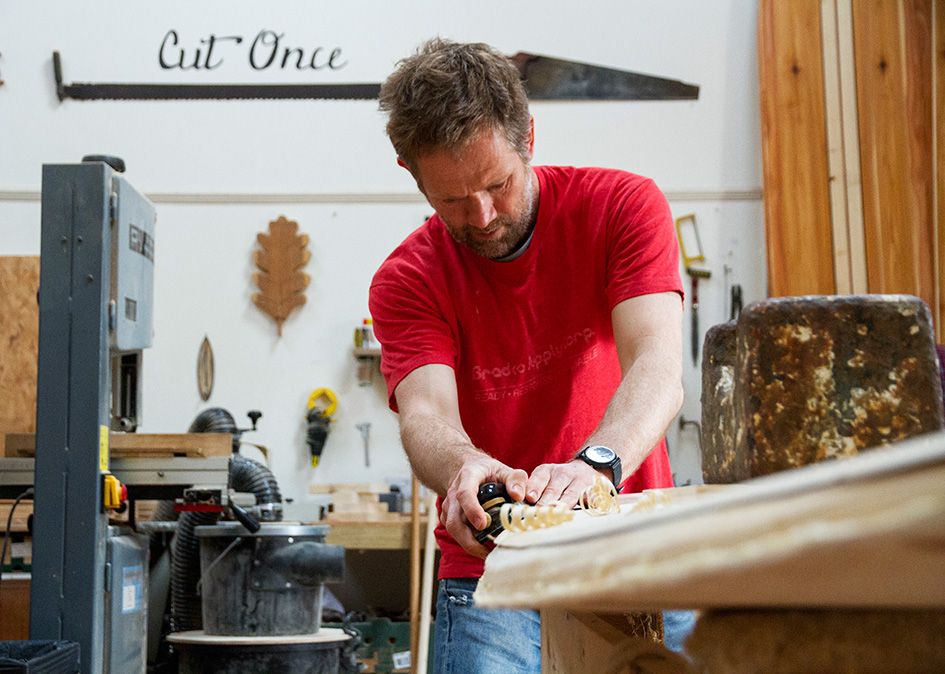 Andy is an artist who works out of his studio above Porthmeor in St Ives. The pencil tucked behind his ear is again, a tool of his trade, however for him a pencil is just the beginning. Andy creates incredible contemporary paintings that are exhibited internationally. His most recent show at the Danese Corey gallery in New York explores symmetry and is described as “a journey into an exotic, visionary world of imagined botanical specimens – crystalline images reminiscent of a rotating kaleidoscope whose motion has been temporarily, and tantalizingly, paused”. 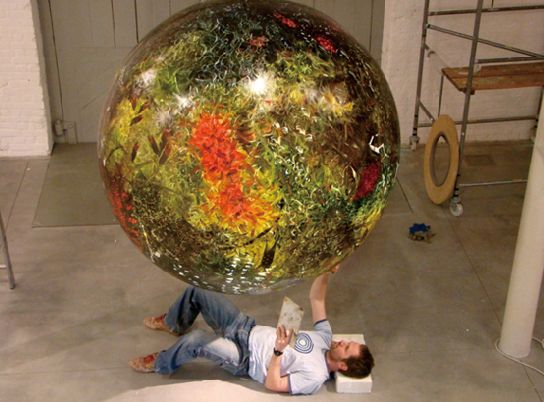 Where his daily work is intensely visual and colourful, Andy chose to shape his 7’2” Coaster solely in poplar; he wants his surfboard to be entirely functional and so we prepared the skins of his surfboard without any decorative accent strips. The pale, almost silver timber is a contrast to his artwork and mimics the lime-wash effect that he often applies to picture frames. Andy’s studio at Porthmeor is in one of the oldest studio complexes in the country; the St Ives School of Painting, twenty artists and twelve fishermen work out of there (the fishermen’s cellars are beneaththe studios and are where they make and mend their nets). The windows of his studio look out over the beach to the waves. We may well be calling him from time to time for an eyeball surf check of Porthmeor and joining him for a few waves out front. 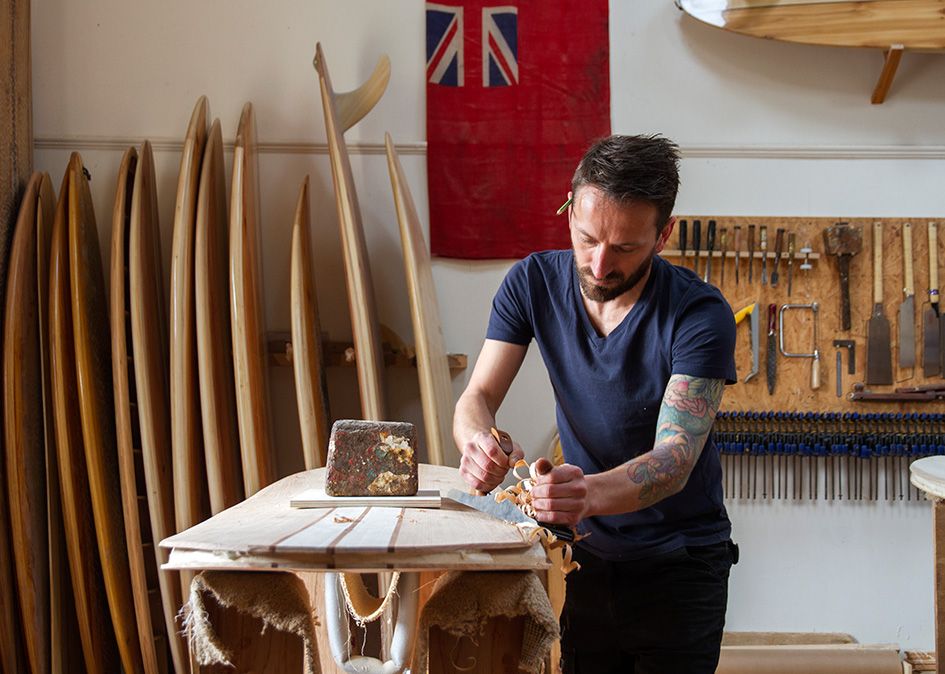 Jonny is also from East Sussex, where he runs a craft brewery just west of Brighton. Making his own wooden surfboard (a 7’4” Island Hopper) wasn’t his first foray into woodwork and craft; when he’s not brewing beer and packing bottles in boxes padded with popcorn (we think that is an inspired idea, and so much tastier than the wood shavings that we use!) he makes his own furniture and last year joined a week-long course learning how to make a traditional Windsor chair. We wondered whether the pencil-behind-the-ear was the result of his day job brewing beer or something that he’d picked up from the world of furniture making. We certainly wouldn’t be surprised if it was lesson one on day one of a traditional wooden chair-making course! Jonny’s got the fabled yet fickle breaks of the south coast on his doorstep (which are the same spots that our Chris grew up surfing), which we’ve now heard so much about that we might have to load up the van and head east to check out next time a significant Atlantic storm sends swell up the English Channel and all of the breaks around us are un-surfable. 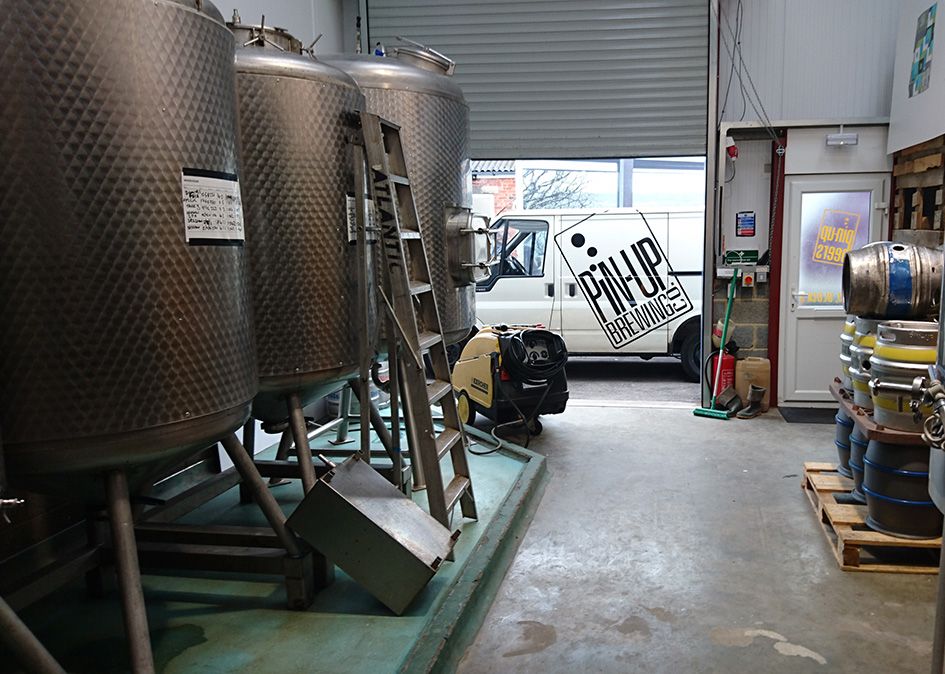