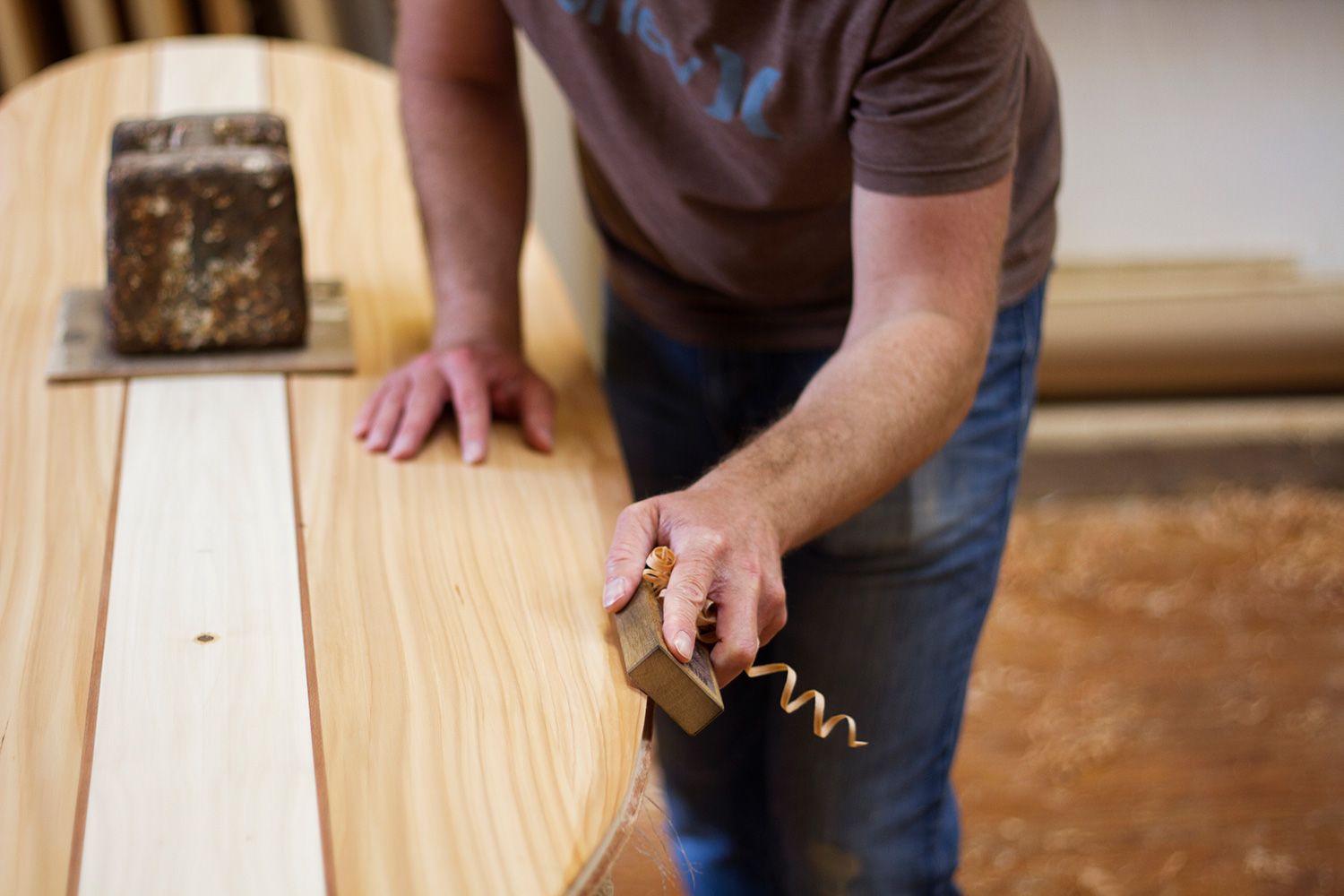 No two workshops are ever the same, and the people that arrive here on a Monday morning and end up stood out in front of our big blue doors holding up a wooden surfboard that they’ve just finished making are as different as their reasons for coming. In the middle week of November, whilst the weather swung from sunshine to driving rain and back again outside, Scott, Brad and Jason joined us, and we were curious as to why they’d chosen to join us just as winter was starting to bare its teeth. 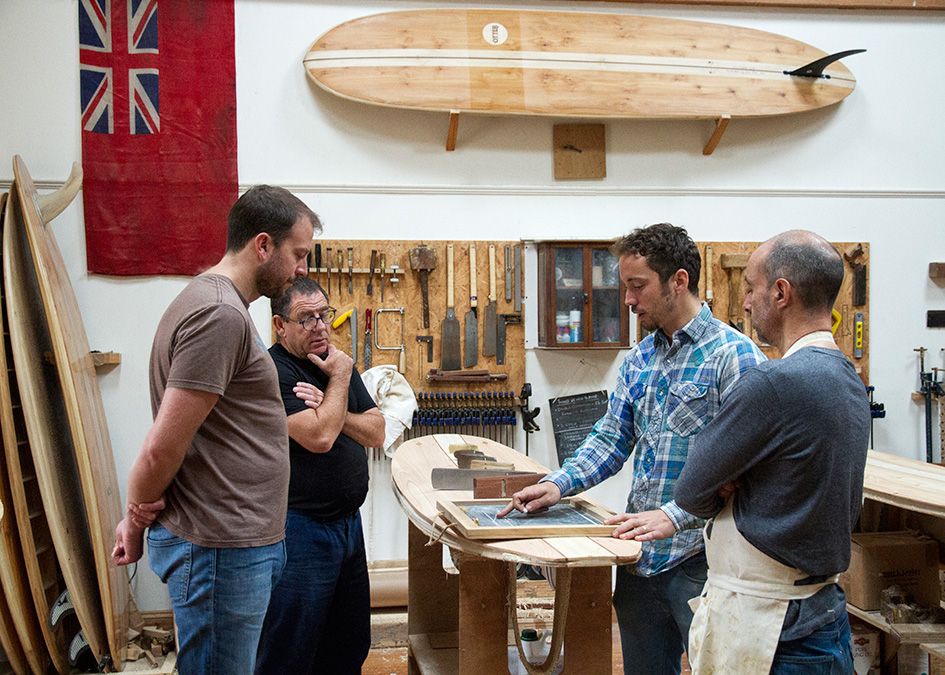 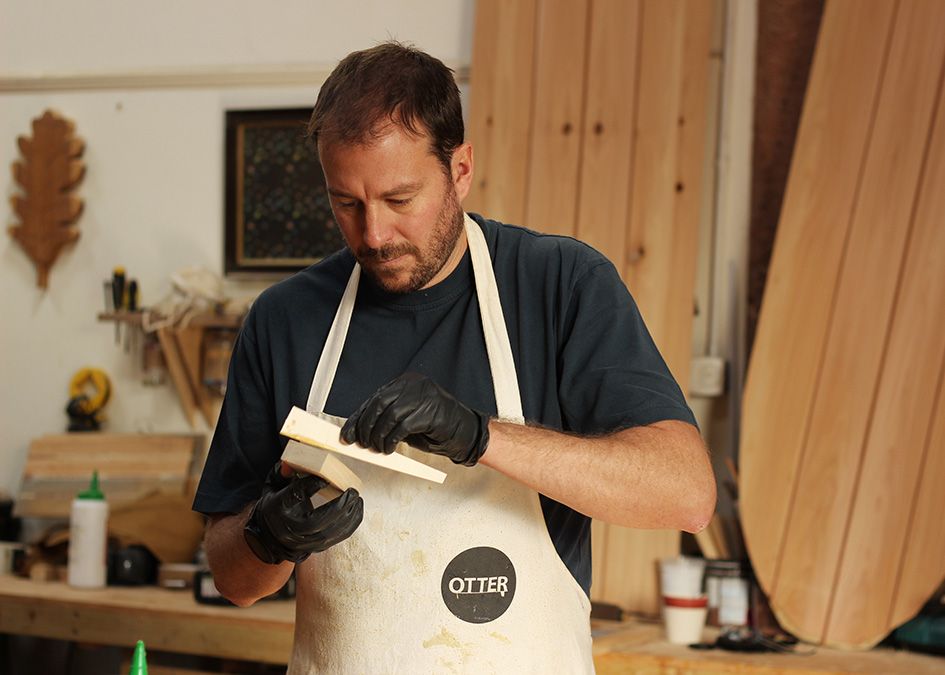 Scott celebrated clicking over another decade earlier this year, and having joked that making a surfboard with us would make an excellent birthday present a few years ago, he was pleasantly shocked when he found out that his family had clubbed together to send him down to us as his birthday gift. When asked, Scott said that he’d simply booked onto the first course that had availability, but that he was pleased that he came in November because with the rain going sideways past the open workshop doors, he didn’t feel like he was missing out on going surfing whilst spending most of his week in Cornwall inside on the tools. 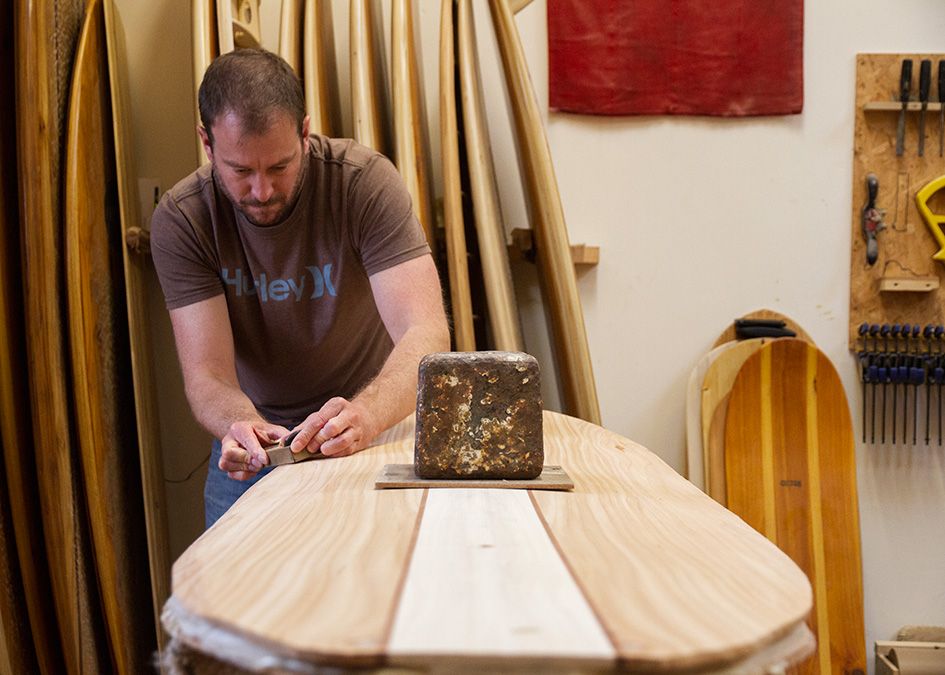 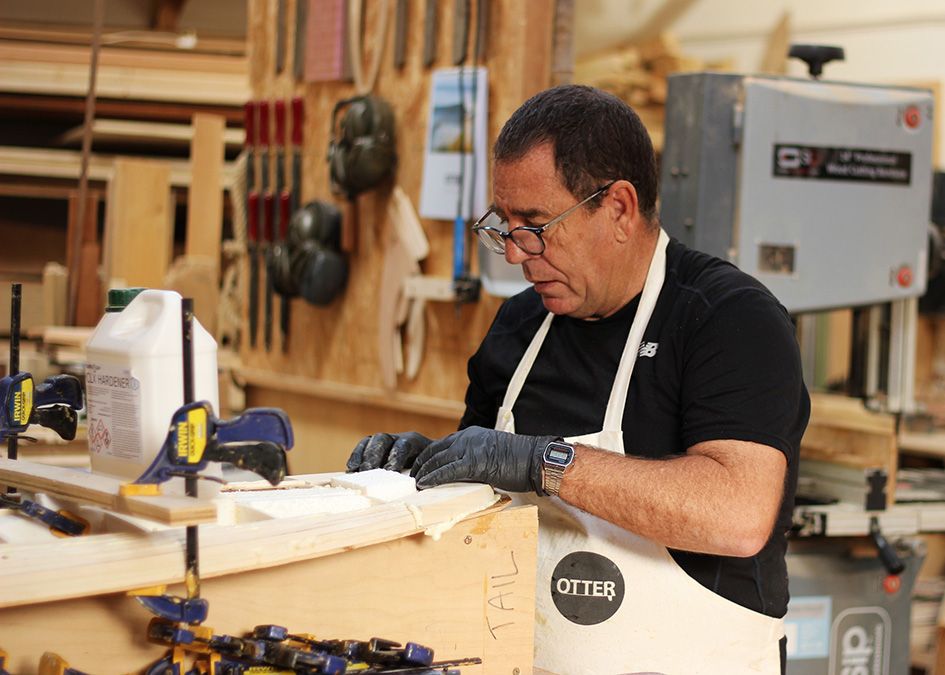 On the middle trestles was Brad; an Australian who moved to Cornwall this time last year and runs a hotel with his wife just up the coast in Perranporth. 2016 was their first season, and having come in to speak to us back in the spring on a day that made him wonder what he’d done swapping the Australian climate for a British one, they ended up having a really busy and successful first season. As a hotelier, Brad is at work all day, every day through the season and Cornwall had such a good autumn this year that he had to scrap his plans to join our October workshop as they were simply too busy. 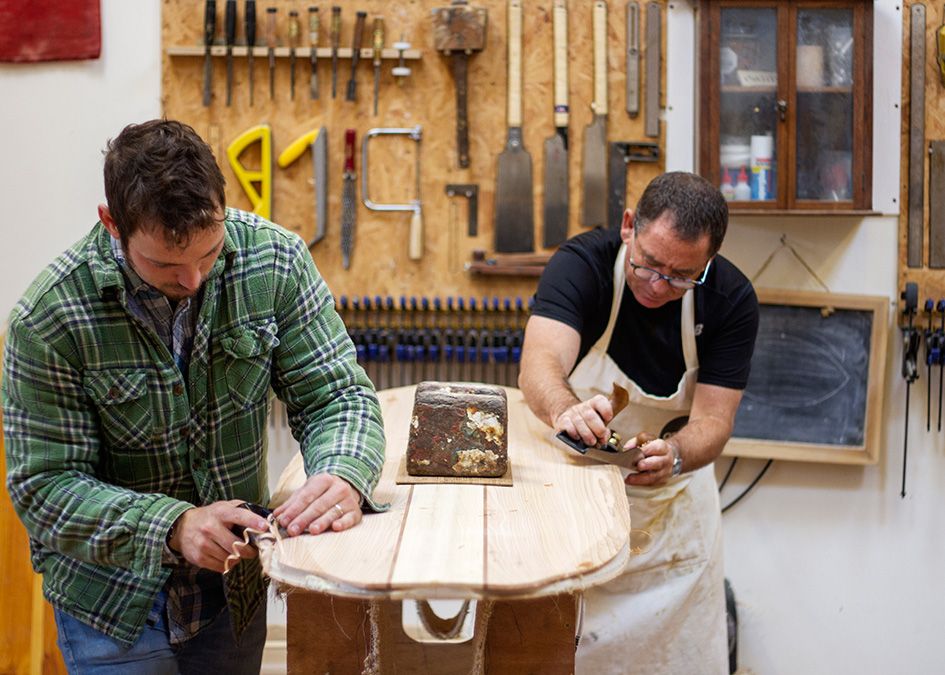 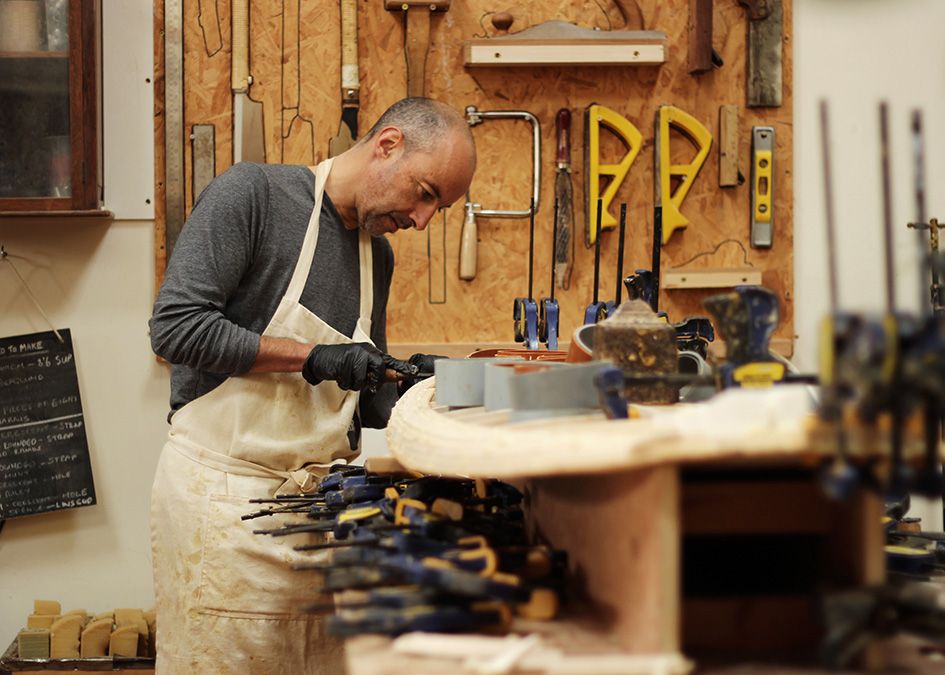 Jason is an A&E doctor from Taunton and, like Scott, his time with us making his own board was a birthday gift. Having made a passing comment that “I’d like to do that when I retire”, his wife told him that making his own surfboard and enjoying it would best be done sooner rather than later and made the decision for him. Jason and his wife have a holiday apartment near by that is let out for holiday rentals through the summer months, and often the only time that they can come down and enjoy it is during the off-season, so he was well used to Cornwall in the winter, and loves it when it’s a bit wild and blustery outside. 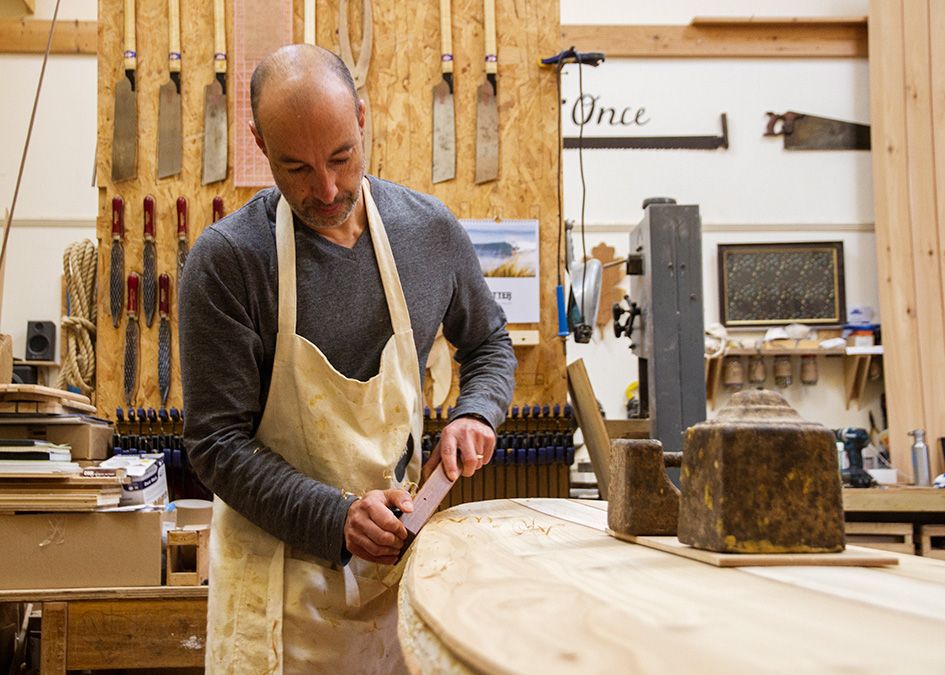