Yesterday, on Saturday the 19th of May, HRH Prince Harry married Ms Meghan Markle at Windsor Castle. Amongst the wedding gifts they received was a traditional wooden bellyboard made by us, from English grown poplar and cedar, commissioned by Surfers Against Sewage and presented to them​ as a gesture of thanks for being selected as one of the seven charities who will benefit from the royal wedding.

Surfers Against Sewage and the six other charities nominated by the couple are set to receive the proceeds from an auction of artwork at the end of the summer. The two headline lots are an incredible miniature etching (on the head of a pin) and a miniature sculpture (set within the eye of a needle), and it is expected that other artists will donate pieces to the auction catalogue over the coming months. Prince Harry and Ms Markle’s intention is to use the occasion of their wedding and the attention that it is generating to raise both awareness of and funds for their chosen charities. 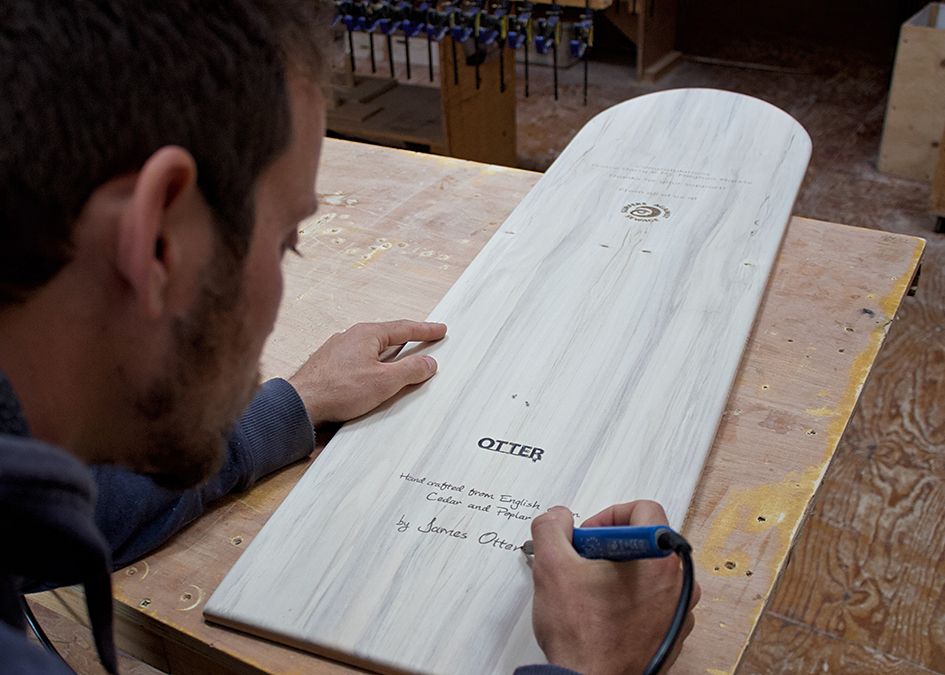 We were asked by friend and SAS’s CEO, Hugo Tagholm, if we could make one of our wooden bellyboards and engrave it with a message of thanks to the happy couple from the whole team at SAS. The bellyboard that James and Chris made was mostly from English grown Poplar, with the middle layer of the laminate in English grown Western Red Cedar. Once shaped, it was taken to our friends Jen at Cut By Beam who laser etched SAS’s message and logo onto the deck, then James signed it off and gave it a good couple of coats of oil to bring out the beautiful grain in the timber. 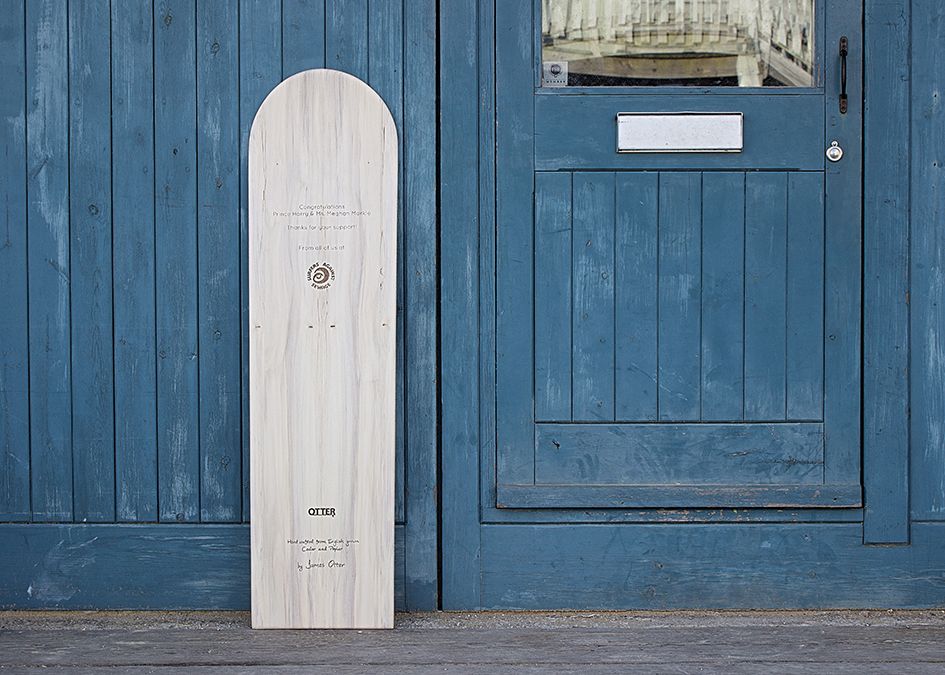 Hugo then took the bellyboard up to Windsor for the big day, to present it to Prince Harry and his new bride. We’ve worked on a few wedding gifts in the workshop in the past, and it’s always an honour to be making something that will be a gift on such a memorable day for any newly weds. We’d never have thought though, that we’d be commissioned to make a bellyboard for the most talked about wedding of the year, to be gifted to a Duke and Duchess.