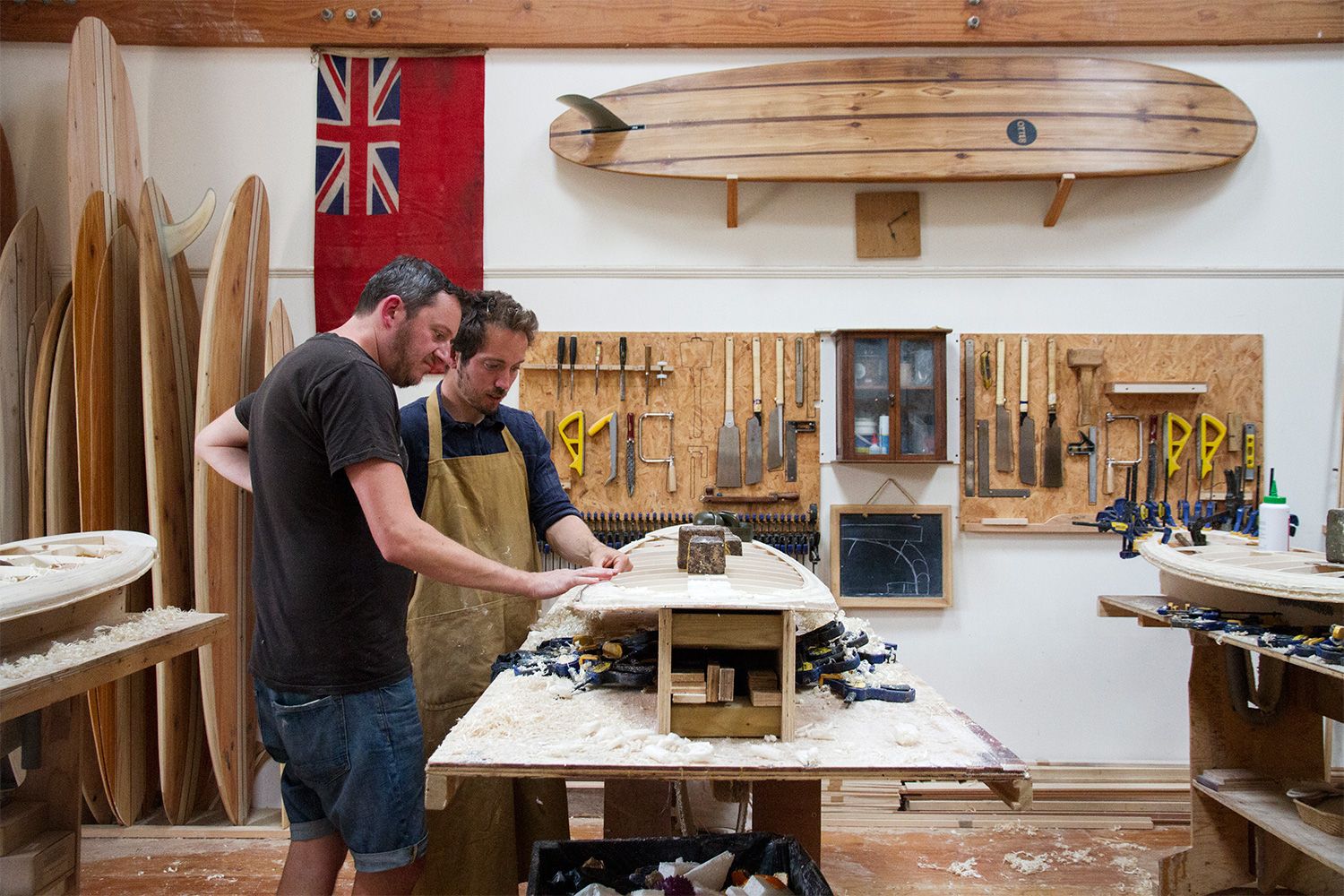 ​“It has taken seven years to write and it’s only 27,000 words long but I have finally finished the thirteenth book that will have my name on it. It tells the story of the week I spent making the board, and the narrative of that journey is intertwined with the story of the path I have carved for myself while running this company (Unbound). It is the story of a writer who became an accidental entrepreneur who had to become a writer again to continue to run his company.” 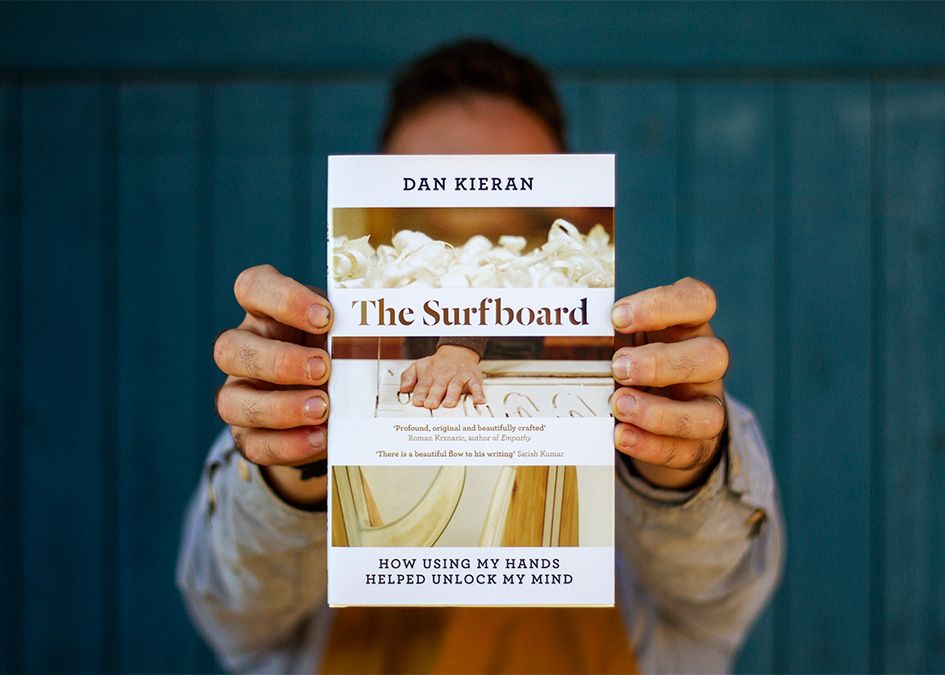 Our friend Dan’ Kieran’s latest book has just been published, by the very publishing company that he founded; but Unbound (of which Dan is a founder and the CEO) is a crowdfunded publishing platform – books are only published if enough of Unbound’s community are interested in the book and pledge. It wasn’t quite as simple as the company publishing the boss’ book just because he wrote it. And that book? It’s called The Surfboard, and it features Dan’s account of a week that he spent with us here in Cornwall making his own wooden surfboard despite not being a surfer, and how the process of overcoming his own preconceptions about his abilities helped him to take Unbound to the next level.

Dan started out writing this latest book about spielzeug, the idea that some of the physical objects, people and relationships you encounter in the world that are perfect for reasons you can’t explain. He came down to make a wooden surfboard because, when he and James had met at the Do Lectures in 2015 where Dan was speaking about spielzeug “the idea that had him”, James had suggested that he would only understand spielzeug if he made something with it myself. 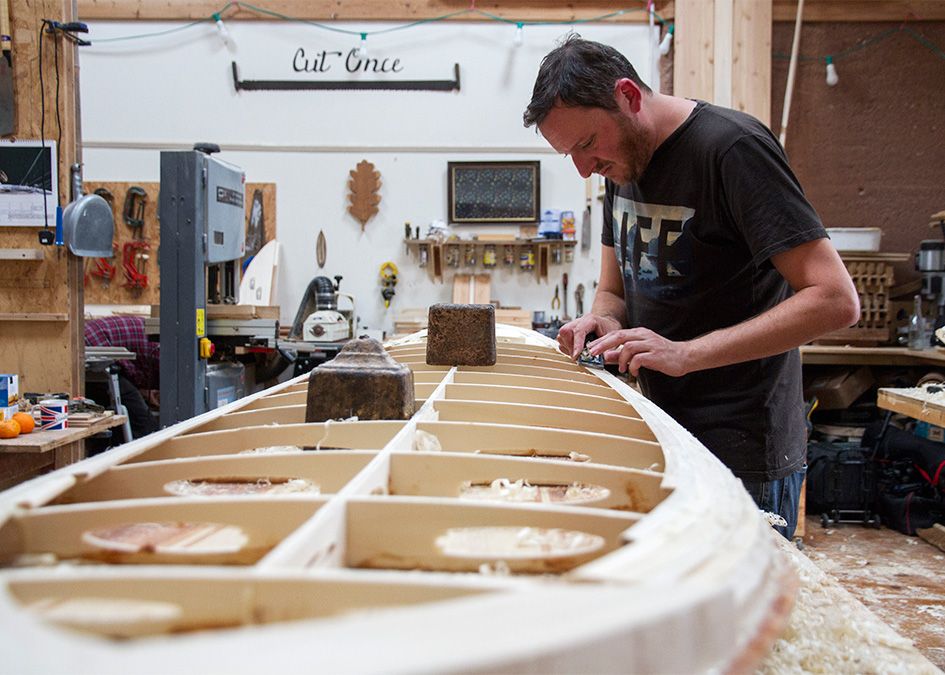 The SurfboardDan’s book about spielzeug pivoted into a book about his experience making a wooden surfboard and how, in overcoming his preconceptions about his abilities at making things, he was able to break through his self-imposed doubts about what he was capable of at the helm of Unbound.

For coming to Cornwall and putting his faith in us to help him prove himself to himself, and then for featuring that experience in his book, we will be forever thankful to Dan.

The Surfboard is available to buy now in all good bookstores, and online. You can purchase it direct from Unbound at www.unbound.com/books/the-surfboard.

We will be receiving a shipment of copies soon. As soon as they arrive we’ll make them available on our website and let you all know.

POST UPDATE: Order a copy of the book here. 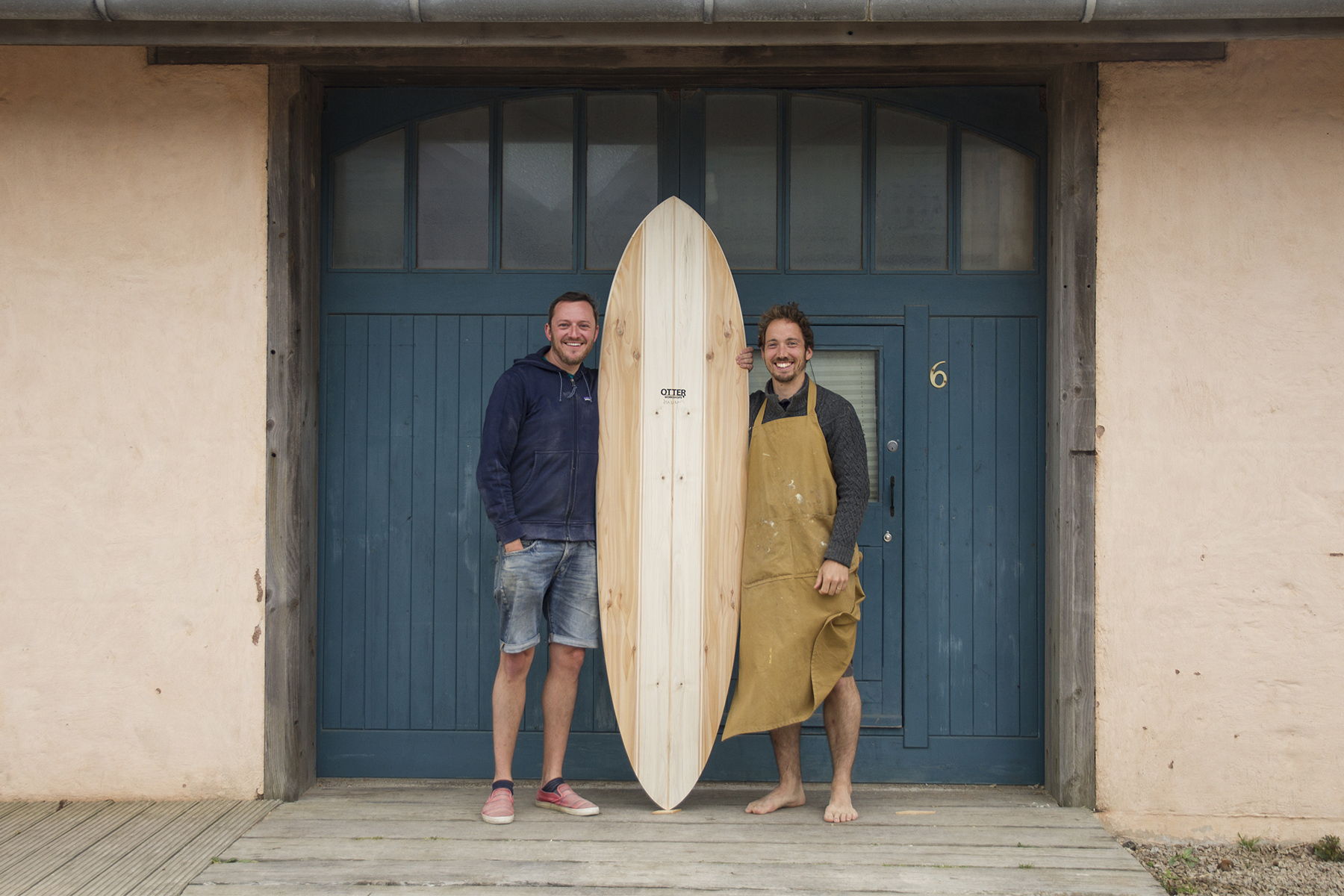 The Surfboard by Dan Kieran