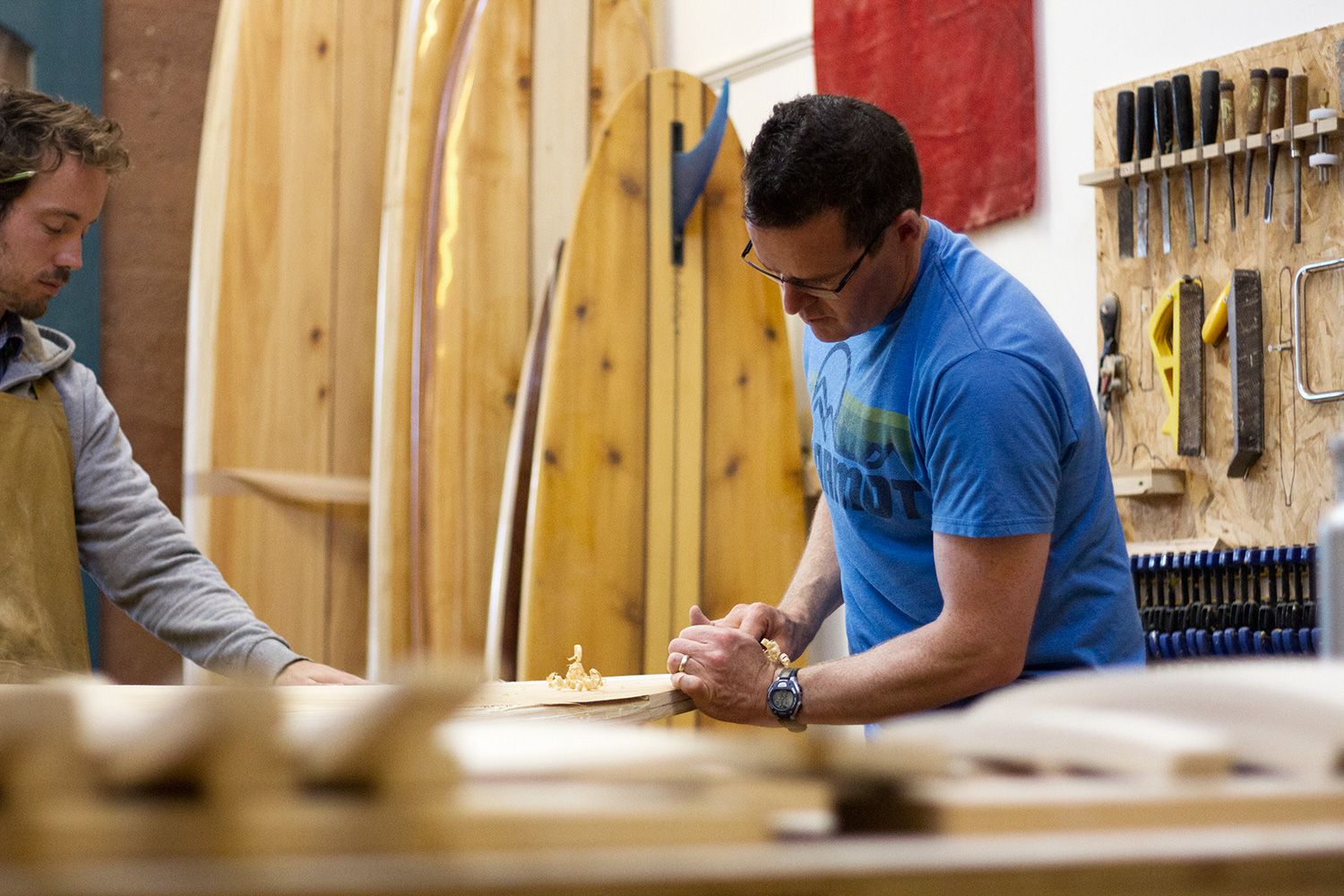 ​Last Saturday, Michael woke up with no idea what he would be doing for the next week; a few months previously his wife had told him that she was planning something for his upcoming fortieth birthday and that he needed to book the week of October 5th off work, however that was as much as she told him. By mid-morning on Saturday he couldn’t handle the suspense any longer and asked just what they would be doing the next day. He’d half suspected that for his big birthday they might be doing something like going overseas for a short break, until he remembered that he’d only just sent their passports off for renewal and they hadn’t received their new ones yet. With a foreign holiday out of the question, he thought that renting a campervan to go on a surf trip around the southwest was probably the most likely scenario, but really he had no idea whatsoever. It came as quite a surprise to him then when he was told that the next day his in-laws would be arriving to look after their kids for the week, and that Michael and his wife Alison would be heading off down to Cornwall where on Monday morning he’d be starting work on making his own wooden surfboard with us. 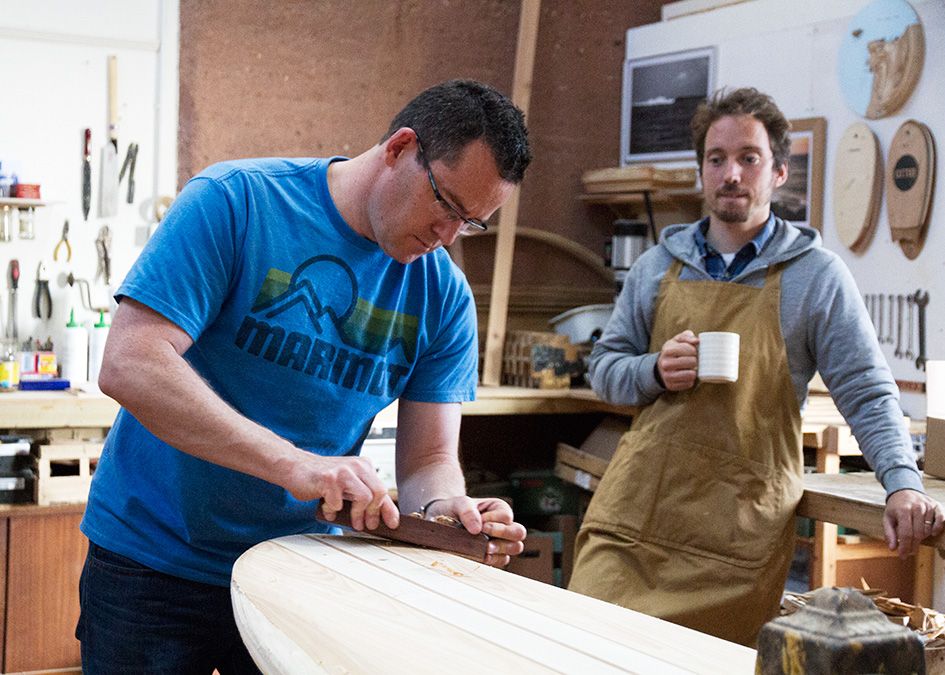 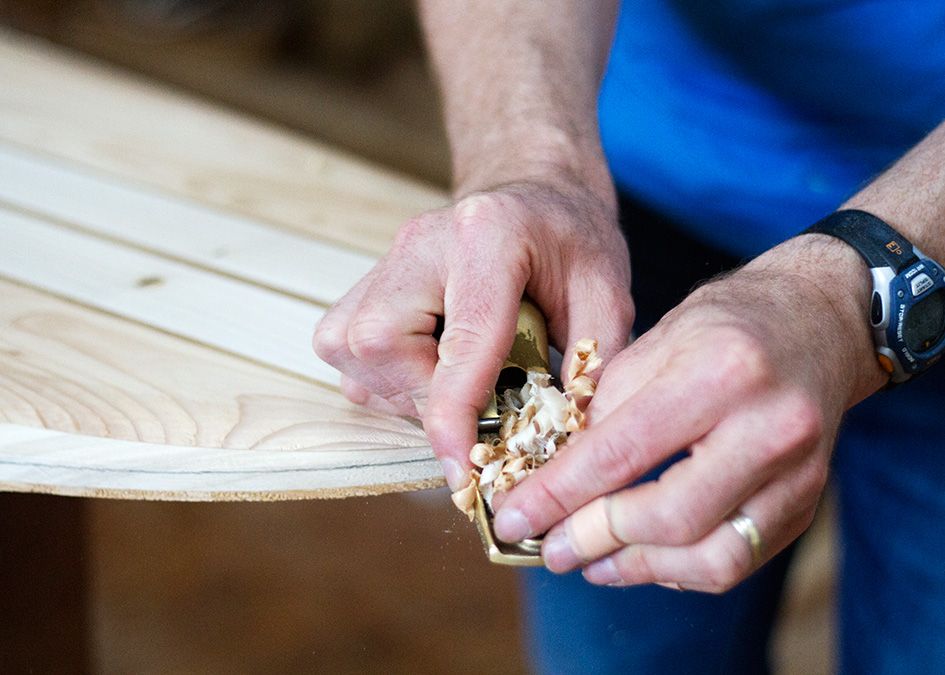 He arrived on Monday morning unsure of quite what to expect, having had little opportunity to prepare or research what the week would involve, and not even knowing the dimensions or wood lay-up of the surfboard that he’d be making, but threw himself into the week with great enthusiasm. Five days of good honest hard work later, and Michael now owns a beautiful 7’5” Island Hopper made from western red cedar with a contrasting central sandwich of poplar and iroko (reclaimed from an old staircase handrail). Having workshoppers join us to make their own wooden surfboard as a birthday celebration or gift from family isn’t at all unusual, however it being kept a complete and utter secret until 24 hours before having to pack the car to drive down to Cornwall is pretty rare. We hope that Michael’s enjoyed his surprise week, and wish him a very happy birthday. What a way to spend it! 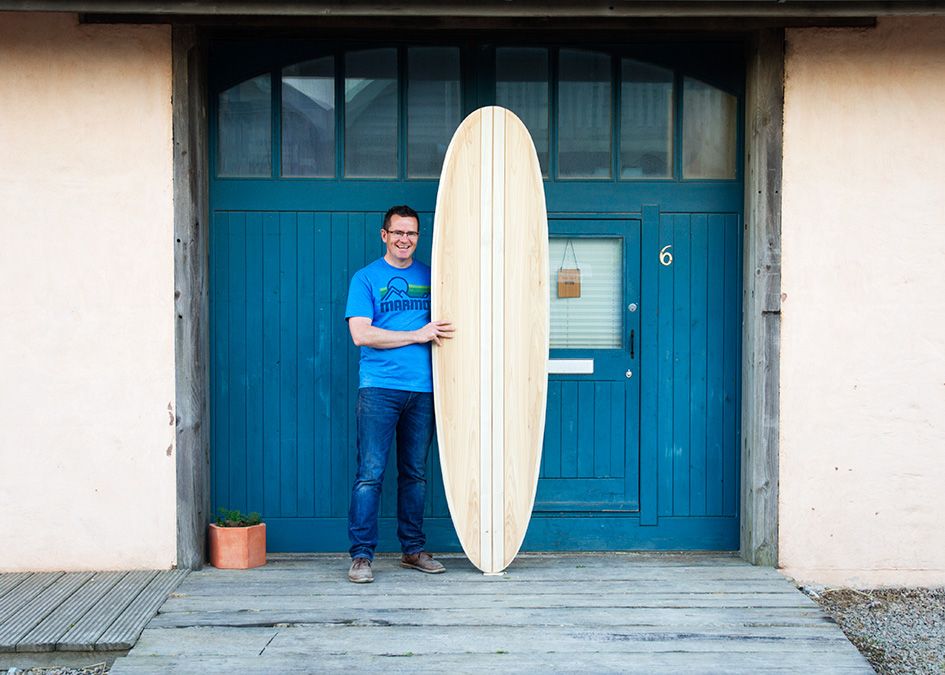