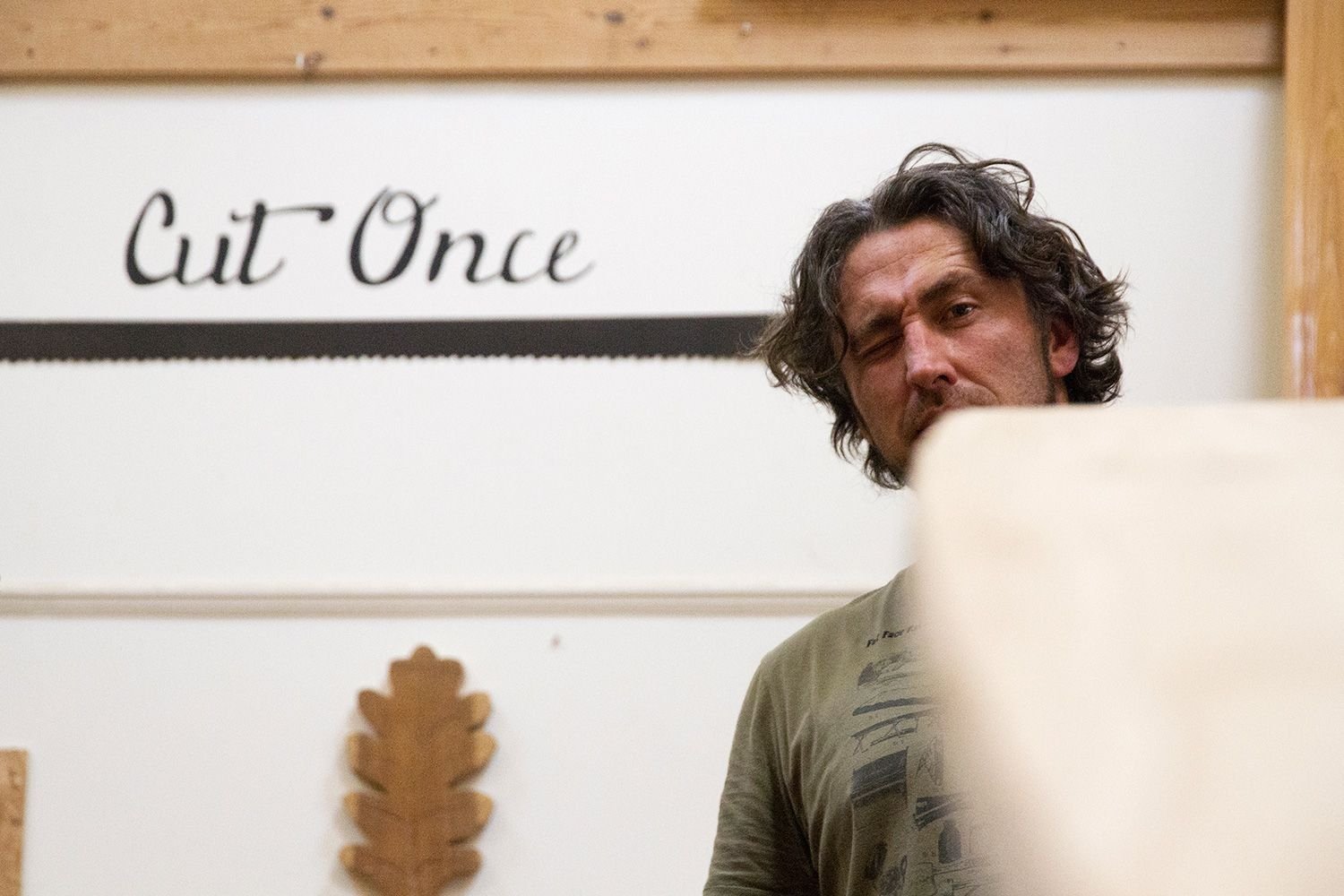 ​Ordinarily, the people who join us to build their own wooden surfboard over the course of a workshop week have a fairly similar understanding of the intricacies of surfboard design; they all own surfboards and, to some extent, have picked them up, examined them and know the various features and their functions. Last week we had two people in the workshop with us who sit on the extreme ends of that spectrum of surfboard design knowledge and it worked wonderfully. 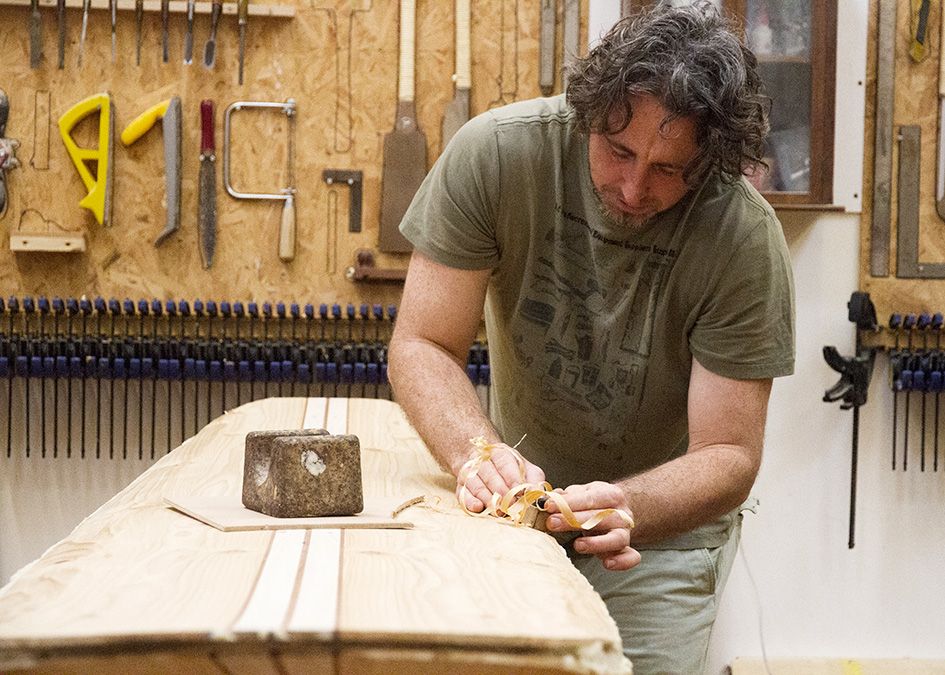 Dougal is a surfer from North Cornwall who’s shaped himself a few foam and fiberglass boards in the past, whilst working at the neighbouring set of trestles was Rob from Cardiff, who doesn’t surf himself but who was making a surfboard as a gift for his son who lives in Melbourne, Australia. 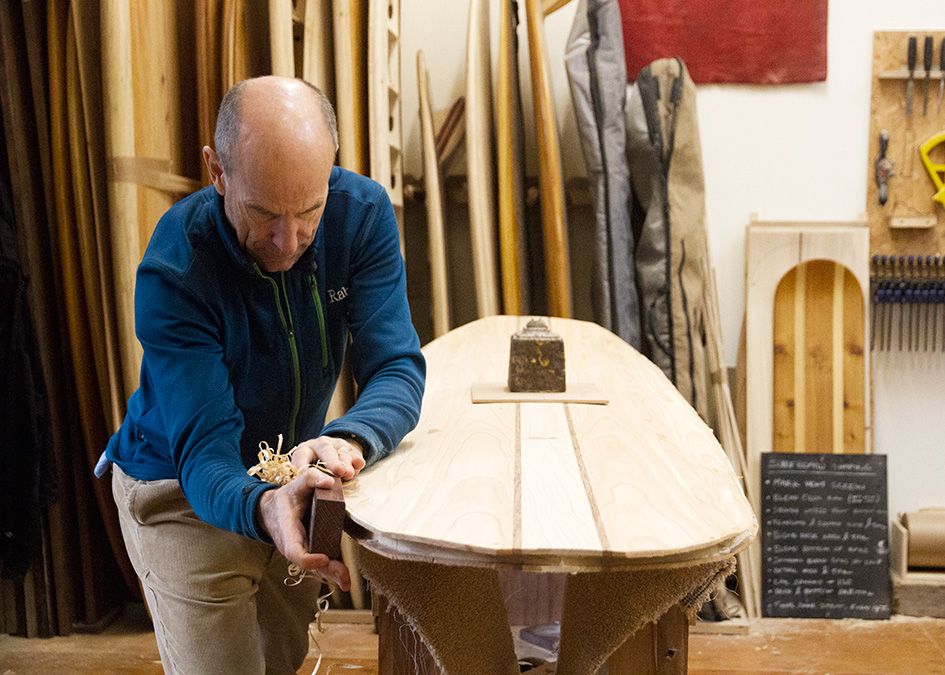 Rob wasn’t even sure what he’d be making until he arrived at the workshop on Monday morning as he’d handed over all of the decisions to his son who liaised with James about the surfboard’s dimensions and choice of timber lay-up; he simply arrived ready and willing to spend the next five days pouring his energy into producing a gift with his own two hands. Dougal lives on the south side of the Camel Estuary and regularly surfs the stretch of coast between Trevone and Watergate, and previously converted a shed in the garden of a house where he was living into a shaping bay. He painted the inside of it blue, fitted strip lights under the shelves at trestle-level and shaped himself a couple of 6’4” single fins; he’s quick to point out that he’s “no shaper”, however it’d be fair to say that he’s familiar with the finer points of blending rail profiles.

“I’ve worked with foam before, but this is more like shaving through an O.S. map” 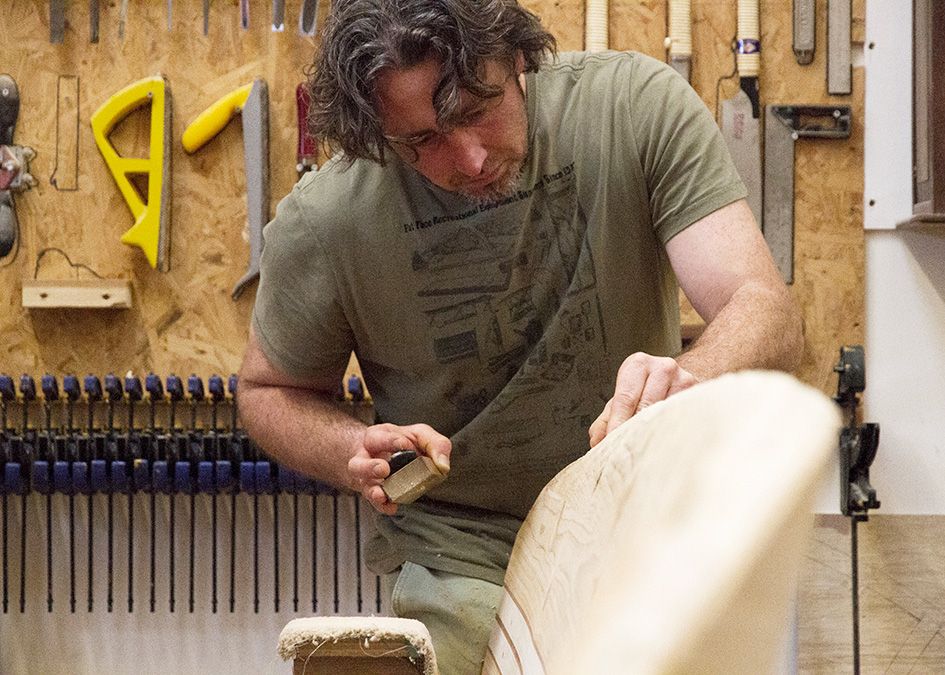 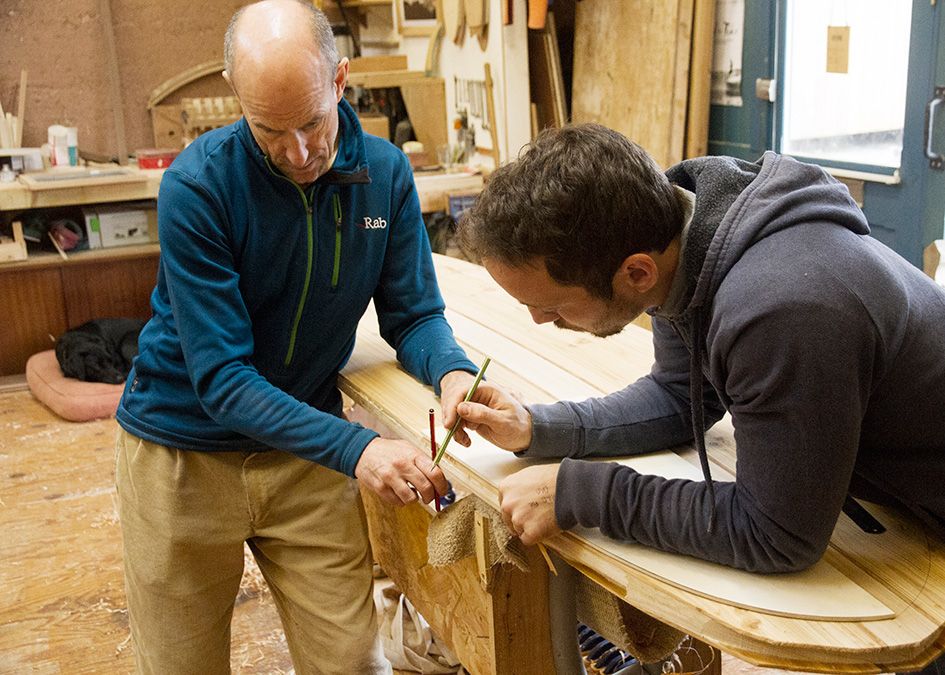 In a pleasant twist, both Rob and Dougal were making longboards – Rob a 9’1” Wicket and Dougal a 9’4” Seasaw – so they both had a similar workload in terms of gluing up rail strips and the amount of surfboard that they had to shape. They worked side-by-side over the course of the week at a similar pace, both taking great care and paying close attention to their surfboards for their own good reasons. At the end of the week both of them had built really lovely surfboards, creations that they can both be very proud of, and they arrived at the same finish line having come from very different starting points. 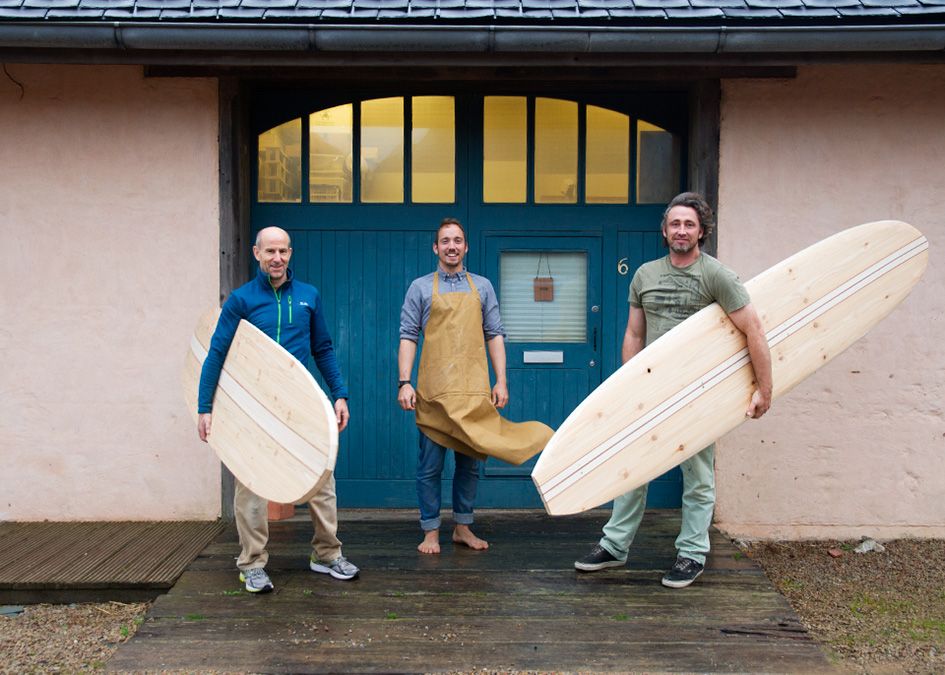