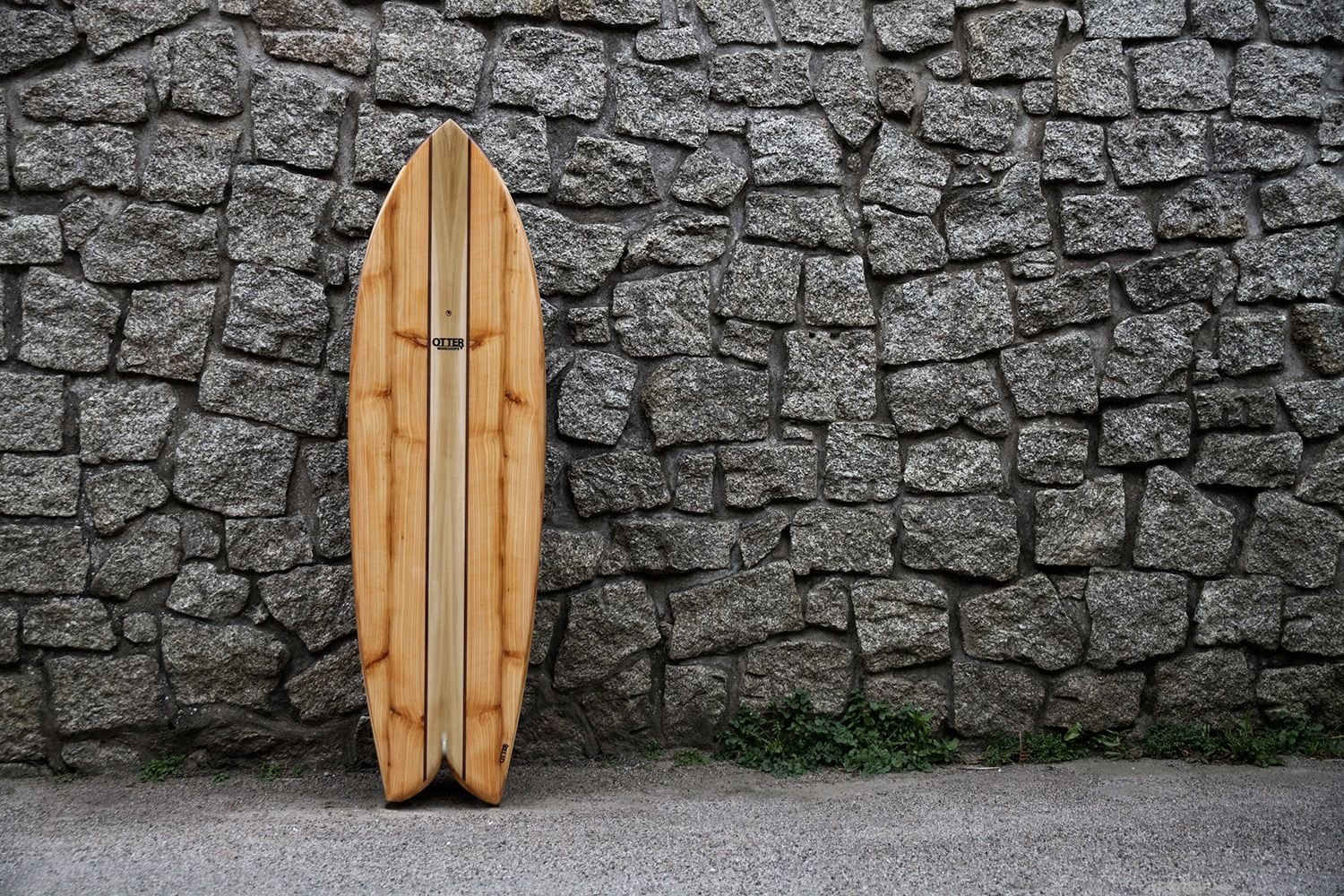 ​Surfboards vary in appearance as much as the human beings that use them; many become a vehicle for expression both in the way that they are ridden but also in the way that they are decorated. But then most surfboards are made of laminated foam, and all start out as blank white “blanks” (the industry term for an unshaped slab of foam) that beg to be personalized with paint because otherwise they’re just a shapely piece of plastic. Because we build our surfboards entirely out of wood however, then rather than starting out with an inanimate lump of foam, we begin the making process by selecting planks of locally grown western red cedar and poplar with beautiful and eye catching grain patterns. The grain of the planks that we select can dictate, to some extent, how we build the surfboard as well as providing the foundations for the final look of the surfboard. We bookmatch planks, a process often used by violin makers that takes two slices from the same plank and presents them as a mirror image of each other. Not only does this make for a near symmetrical “look”, which is the most noticeable result of bookmatching, but it also means that the wood on either side of the surfboard has near identical characteristics; when shaping, the patterns of harder winter-growth and softer summer-growth will be mirrored either side of the centre line, and the board’s flex patterns will be more uniform. 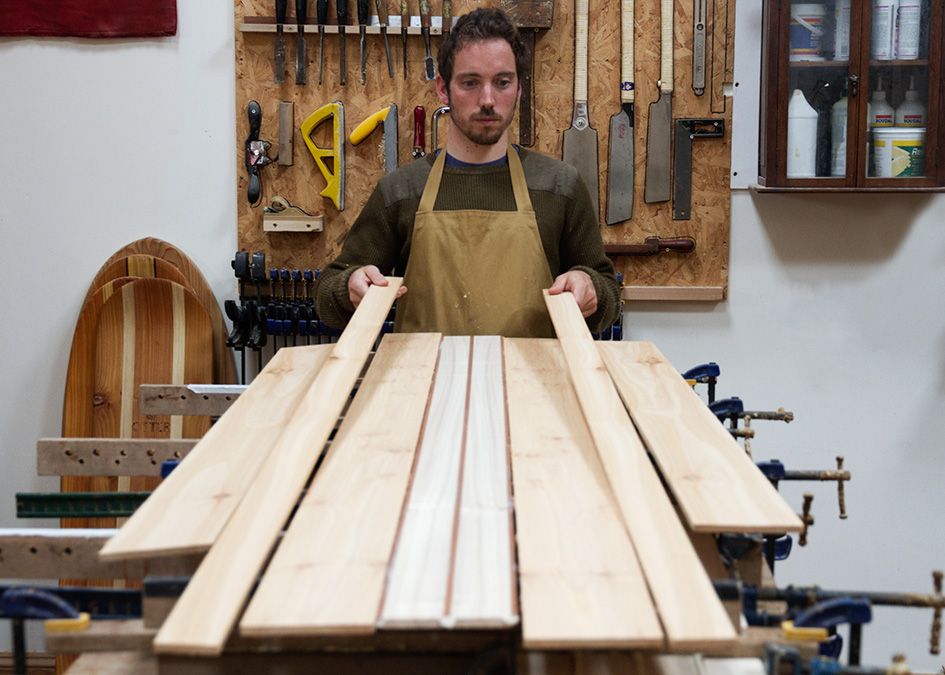 Every single surfboard that we build is, as a result of utilising these organic patterns, both individual and beautiful enough not to warrant the additional decoration that adorns the majority of regular surfboards. The look of each finished wooden surfboard is therefore unique by nature, rather than just by design alone.