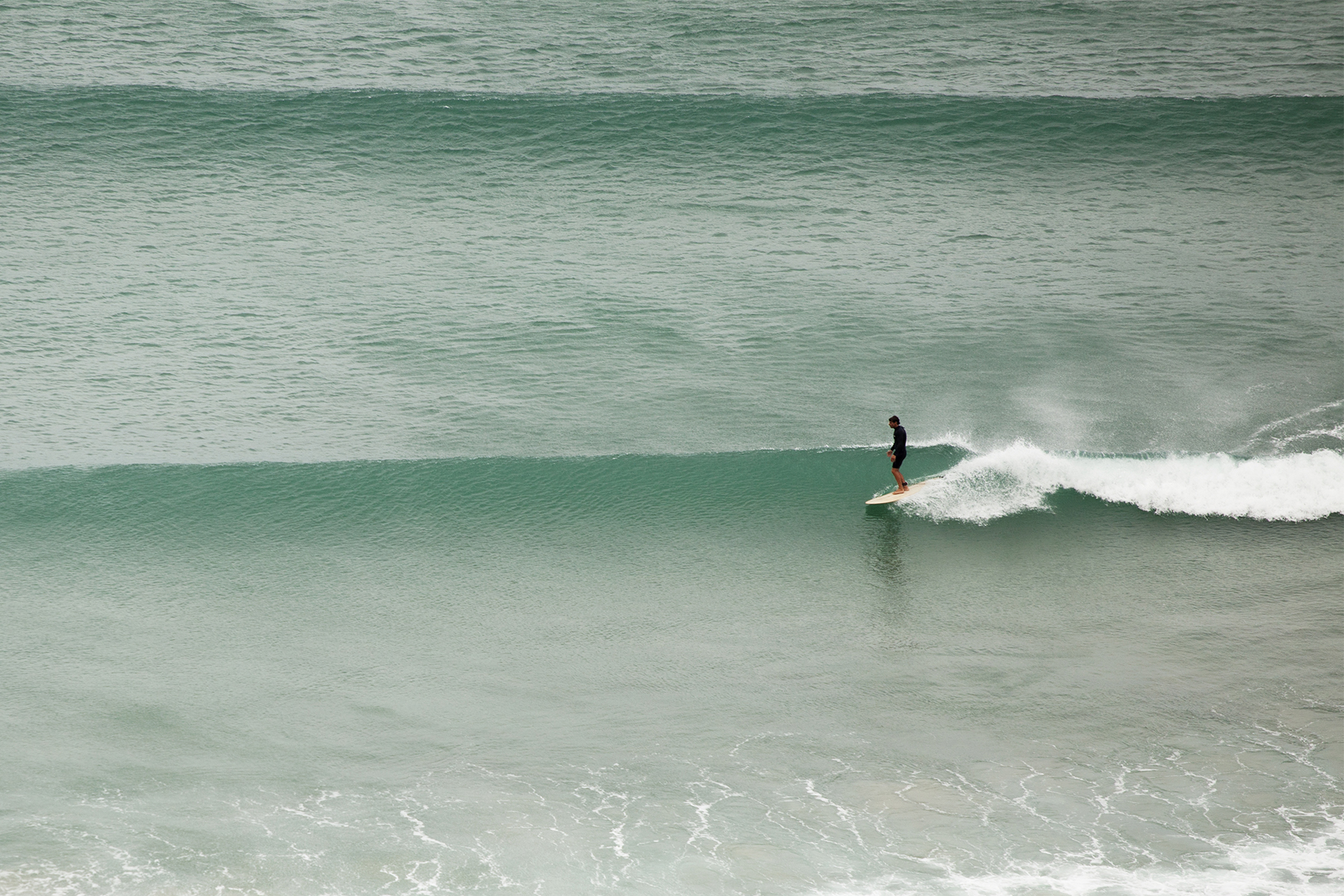 Tealing And The Coaster

We’d like to introduce all of you to The Coaster, the latest addition to our range and a surfboard that we’ve been struggling to keep under wraps these past few months because we’ve been so excited to talk about it.  The first Coaster that we built over the course of spring was also the first surfboard that we’ve made entirely using English poplar, a light, straight grained and strong timber.  As soon as we got it back from the laminators (where it was glassed matt, with a gloss stripe wrapping around the inset wood veneer logo) we headed down the hill to the beach to see how she went.  We handed our latest creation over to our friend Marcus Healan who paddled out in some lovely early summer waves and proceeded to style his way across the waist high peelers.  We sat on the cliffs above watching in earnest, and trained a couple of cameras on him so that we could pull together this short, which was directed by Mat from Hailer, edited by Al at Tiny Dog and features the wonderful music of Frootful (fronted by local musician Nick Radford). 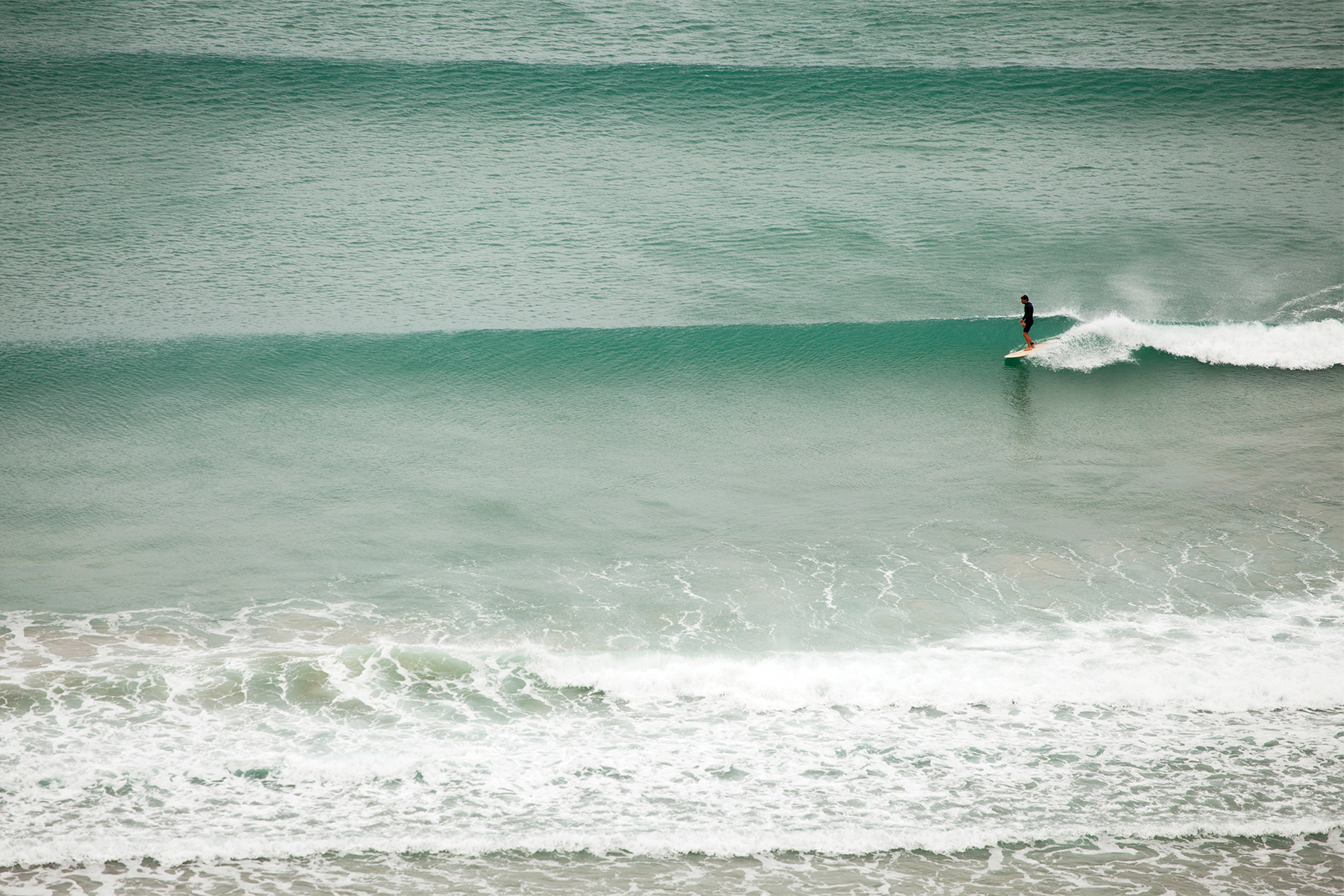 A 7’2” midlength tracker with a refined, pulled in, template and a rounded pintail, The Coaster is designed to shine in anything from waist-high peelers to overhead points and reefs.  At 21½” wide and 2¾” thick it’s fast to paddle, handling “meatier” waves with ease, and the drawn out tail smooths turns and holds in well on steeper waves or small hollow runners.  We’ve fitted this first example with both a central single fin box and four futures boxes, allowing it to be ridden either as a single fin, a 2+1 “widow-maker” or as a quad-fin. The Coaster came about when James, Mat, Chris and our friend Gideon asked ourselves the question over a cup of tea in the workshop, “If we could only travel and surf with one board, what would it be?”  It’s a departure from the other mid-length boards that we produce in that it’s less rounded and definitely aimed more towards high performance in as wide a range of waves as possible, rather than erring towards stability or ease of use.  This board is fast, tight, and a joy to ride whether you’re cruising in true summer style or rolling into some thicker autumn swells. 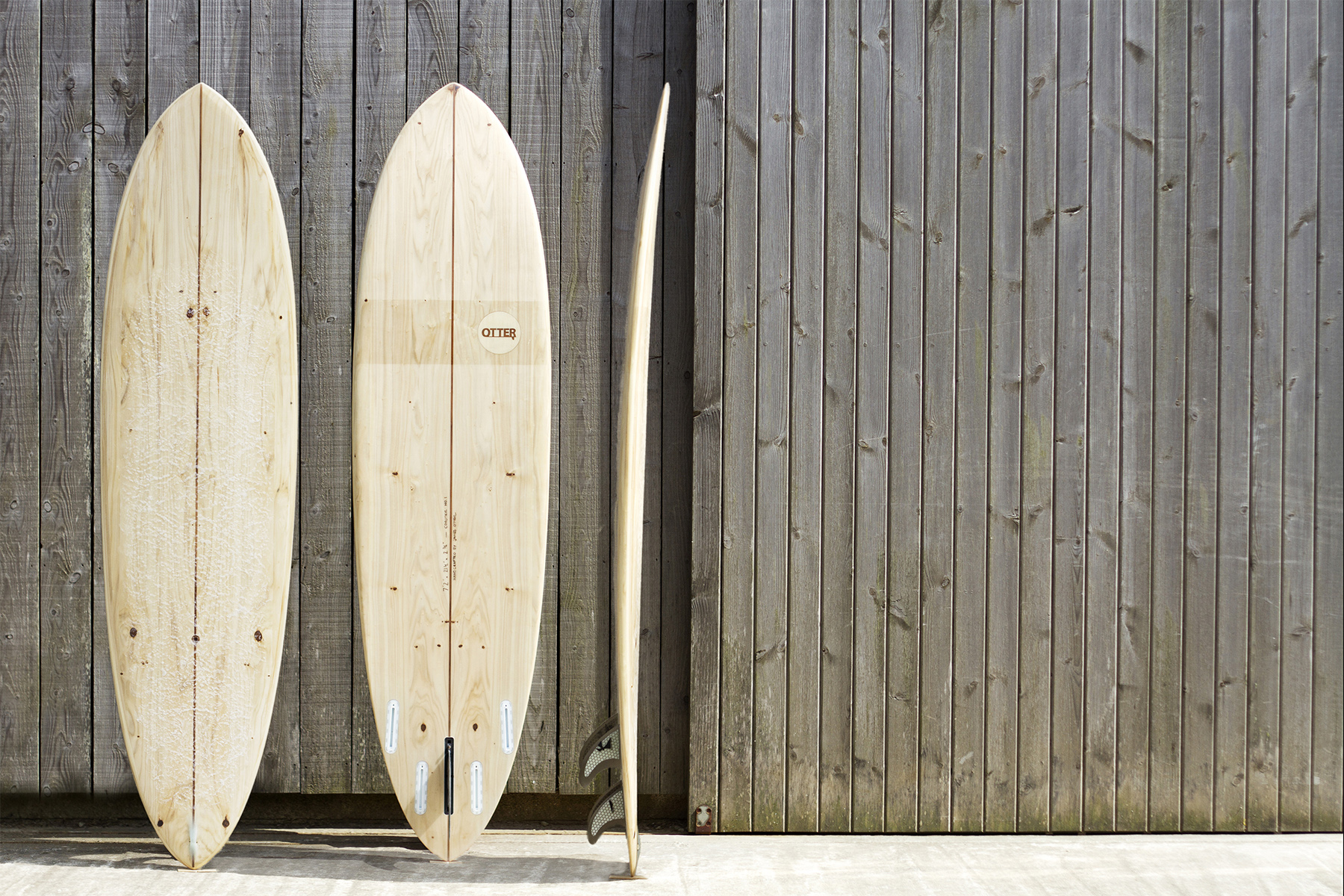 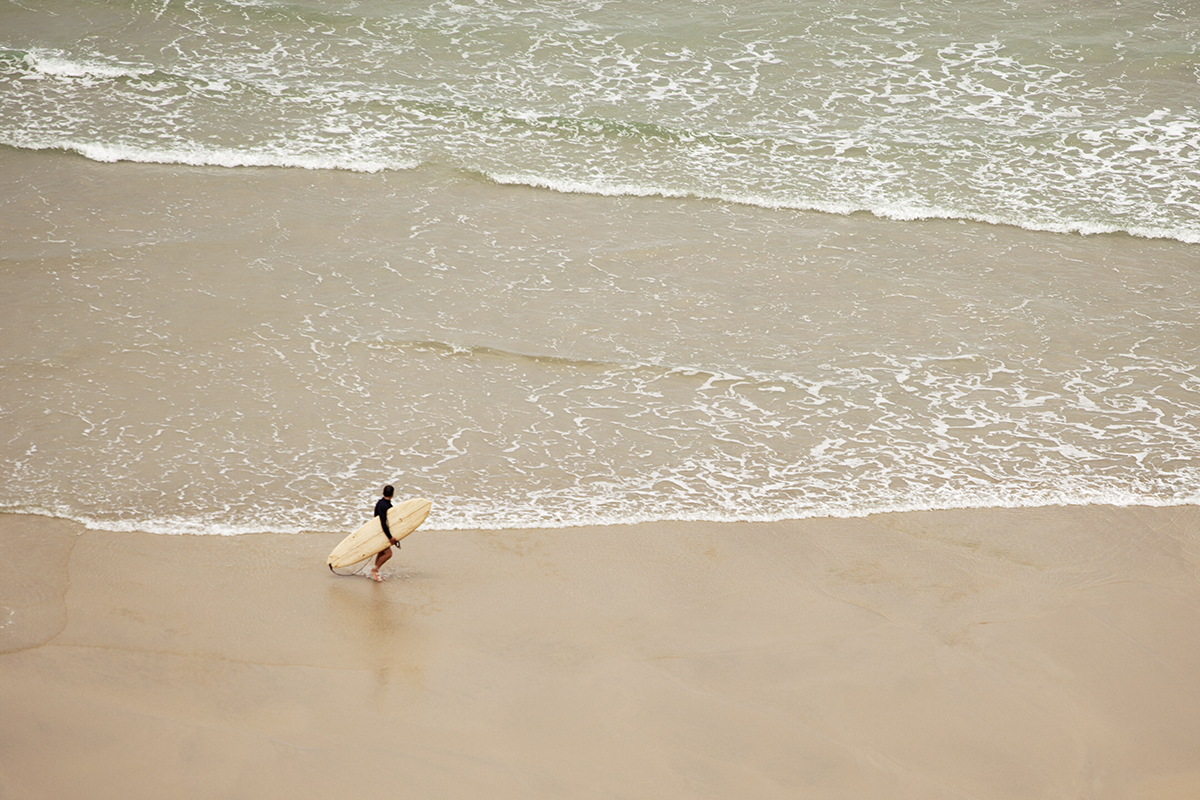 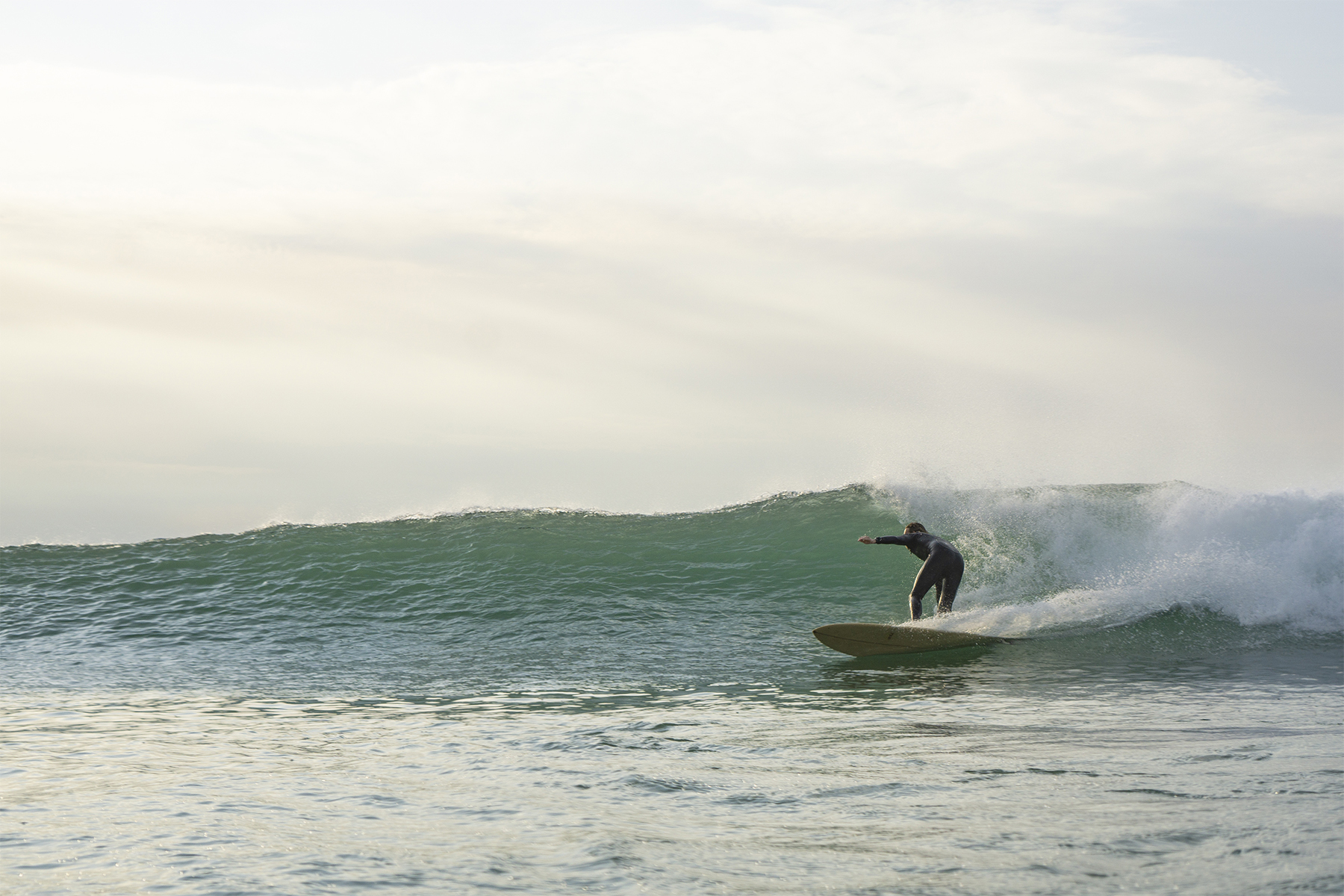