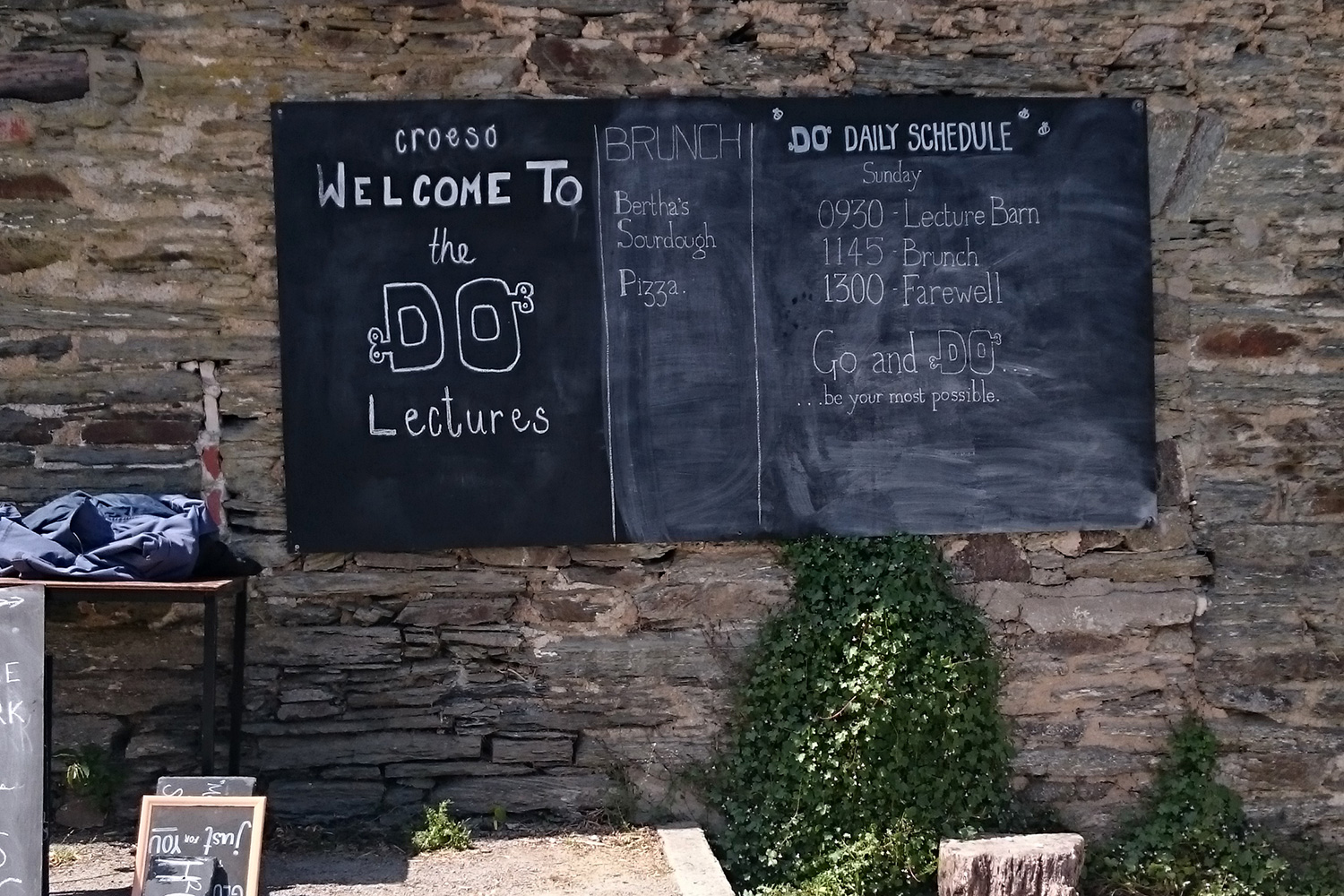 The Do Lectures Handplane Workshops

Last weekend a very special event happened in Wales, and we were lucky enough to be involved.  Every year on a remote farm in Ceredigion, West Wales, just over a hundred people gather for four days to attend the Do Lectures.  The Do Lectures is curated by the brilliant David Hieatt, and is a series of inspiring talks delivered by a really diverse range of pretty incredible human beings.  The 80 attendees are advised early on to avoid getting much sleep because casual conversations at the Do Lectures are wonderful things and the chance to have those sorts of encounters doesn’t come around often in life.  James was invited to attend the Do Lectures to run two of our bodysurfing handplane shaping workshops in the breaks in between talks on the Friday and Saturday, so on Wednesday evening he packed up the van and headed for West Wales. 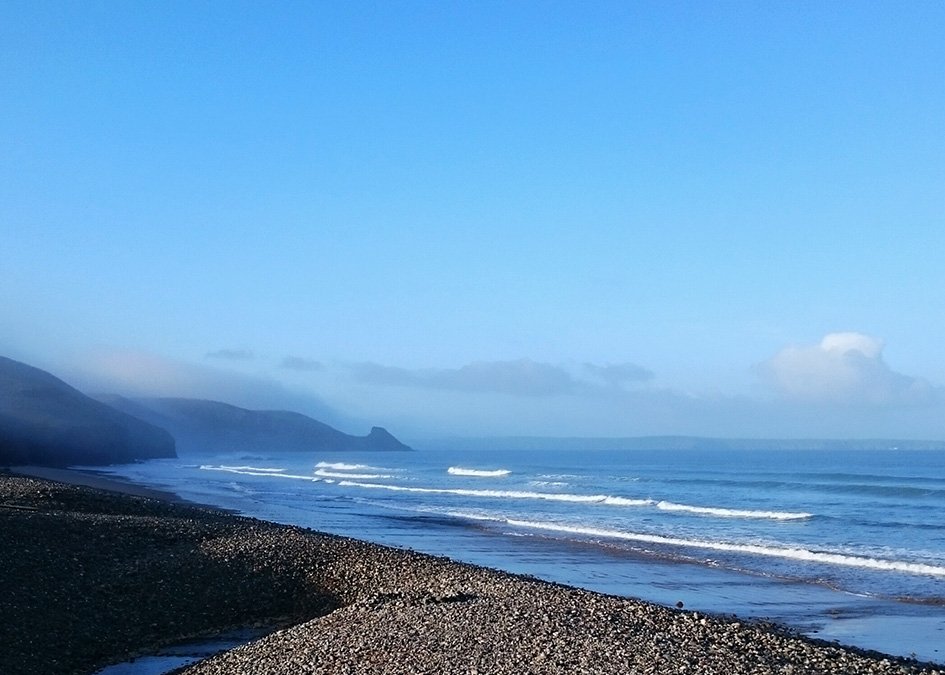 James made it as far as Newgale in Pembrokeshire on Wednesday night, bedding down in the back of the van in a lay-by above the beach so that he could get some early waves on Thursday morning before heading off to find the farm, sign in and get set-up.  As well as his sleeping bag in the back of the van he’d taken with him a couple of surfboards to display (one finished, one work in progress), two sets of trestles, ten of every single tool required for the handplane workshop, and twenty handplane blanks and bags.  The blanks were specially prepared to account for the reduced time available for the workshop; made from poplar they had the handhold and tail already cut out, template lines for optional nose and tail shapes pre-drawn, and an Otter logo laser etched onto the bottom.  The carry-bags were made by our friends at Riz Boardshorts using offcuts of fabric from the production of their boardshorts and every single one was wonderfully unique, meaning that our workshoppers would have something beautiful to carry their handiwork away in.  We’re hoping to be able to offer these as an accessory to our handplanes at some point soon. 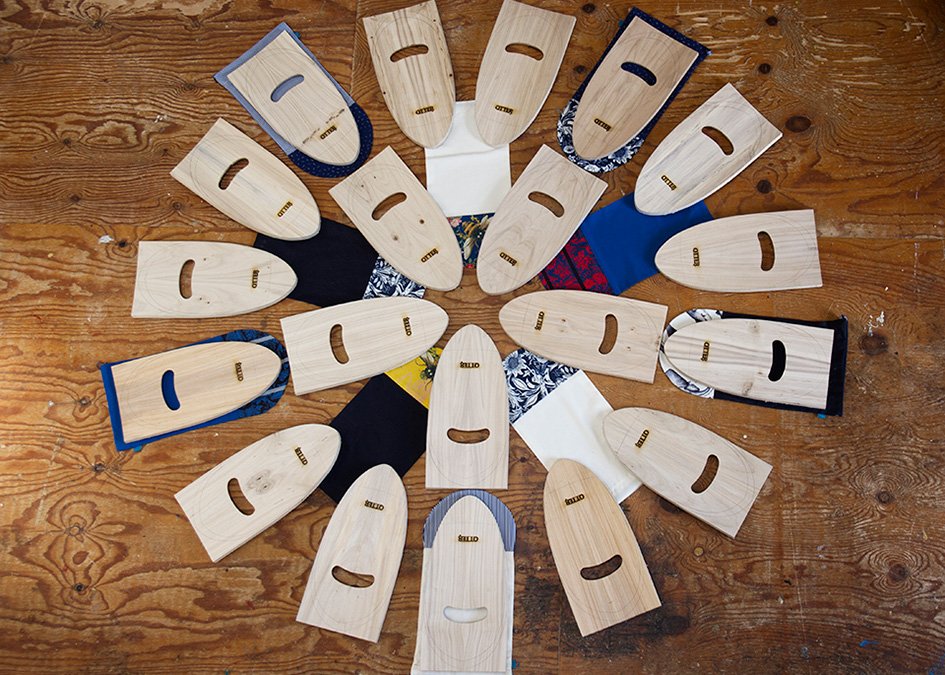 The Do Lectures kicked off at lunchtime on Thursday, beginning with an afternoon of talks.  The first speaker was photographer and instagram sensation Dan Rubin, discussing how it is often the unexpected things that lead to wonderful events and therefore we all ought to set looser goals to allow those opportunities to arise.  Speaking first at an event like this can be great because you’ve got the nerve-wracking bit out of the way quickly and can then enjoy the rest of the weekend, however Dan had the unfortunate luck of being followed by a pair of speakers who drew probably the biggest round of applause of the entire weekend.  Ciara Judge and Émer Hickey are a pair of seventeen year-old Irish schoolgirls who are revolutionising productivity in agriculture; they have recently won the Google Global Science Fair and been named amongst the top 25 “most influential teenagers in the world” by Time Magazine for their work to transplant nitrogen-fixing nodules onto the roots of crops from leguminous plants in order to keep soil healthy and productive.  And this was just the first two talks, out of a total of 24!

Other wonderful talks that James got the chance to sit down and enjoy (because the workshops were running in the extended breaks at lunchtimes) included James Wallman, the author of Stuffocation, talking about one of modern society’s greatest issues being that we simply have too much “stuff”, Dan Germain who is the man behind the brand at Innocent Smoothies, and David Marquet who wrote a ground-breaking book on leadership based on his experiences as captain of an American nuclear submarine.  He was also really taken by Dan Kieran from publishing start-up Unbound‘s talk about the subject of his upcoming book “spielzeug”.  “Spielzeug” is a German word that most closely translates to “toy” but that really represents something that you can’t easily describe your strong attachment to, and concerns how we can’t always describe or explain how and why some things feel better or “more real” than others.  We’re hoping to touch on this subject in a later blog post. 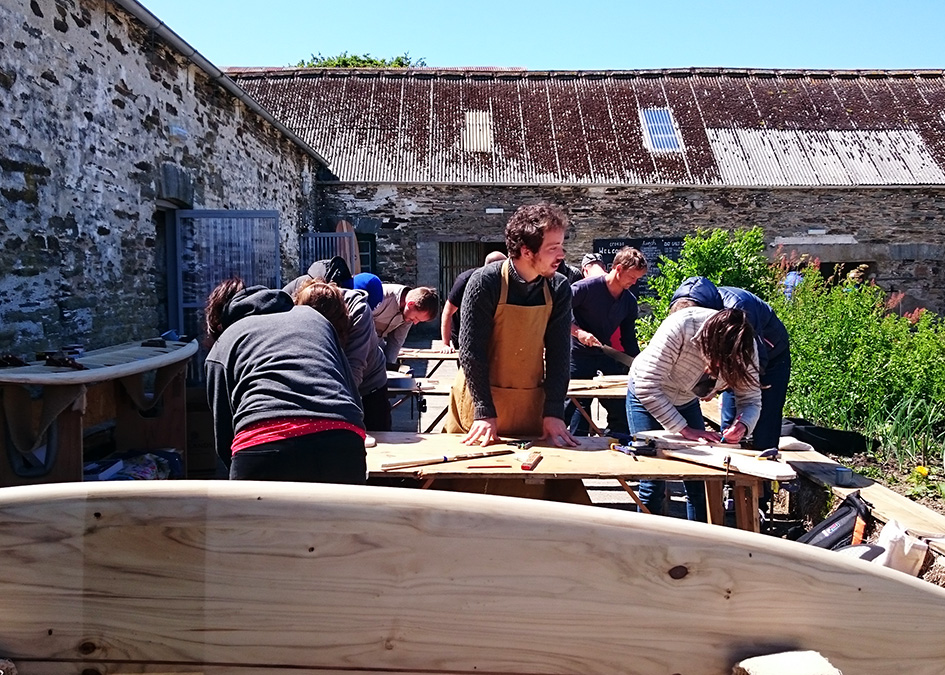 In between all of these fantastic talks, on the Friday and Saturday lunchtimes, James ran two handplane shaping workshops for ten people on each day.  There were several other workshops taking place for attendees to choose from, but we were fortunate enough to be fully booked on both days with a waiting list on the Saturday.  The fantastic weather in West Wales over the weekend meant that we could run the workshops outside in the courtyard on the edge of the kitchen garden on three tables, and because the activity break ran into lunchtime we had a little bit of extra time for people to finish off their handplanes if necessary.  It was inevitably tight on time, however with a crowd of Doers at a weekend that encouraged productivity there was never any question as to whether everybody’s handplanes would be completed.  A fair few of the attendees who joined James to make their own handplane didn’t surf but were just really keen to spend a few hours using their hands to create something, so we hope that through the experience there might be another handful or so of people who will be introduced to the joy of swimming in the waves this summer.

These photos were all snapped on James’ phone over the course of the workshop sessions, and don’t really do justice to the true magic of the event.  If you ever get an opportunity to attend the Do Lectures one year then it certainly comes highly recommended. 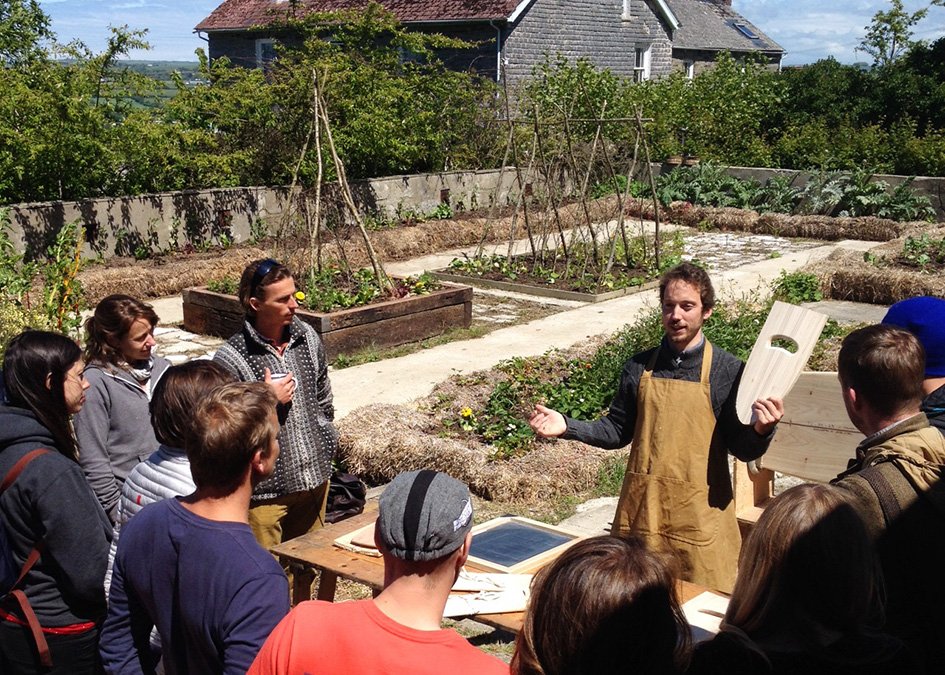 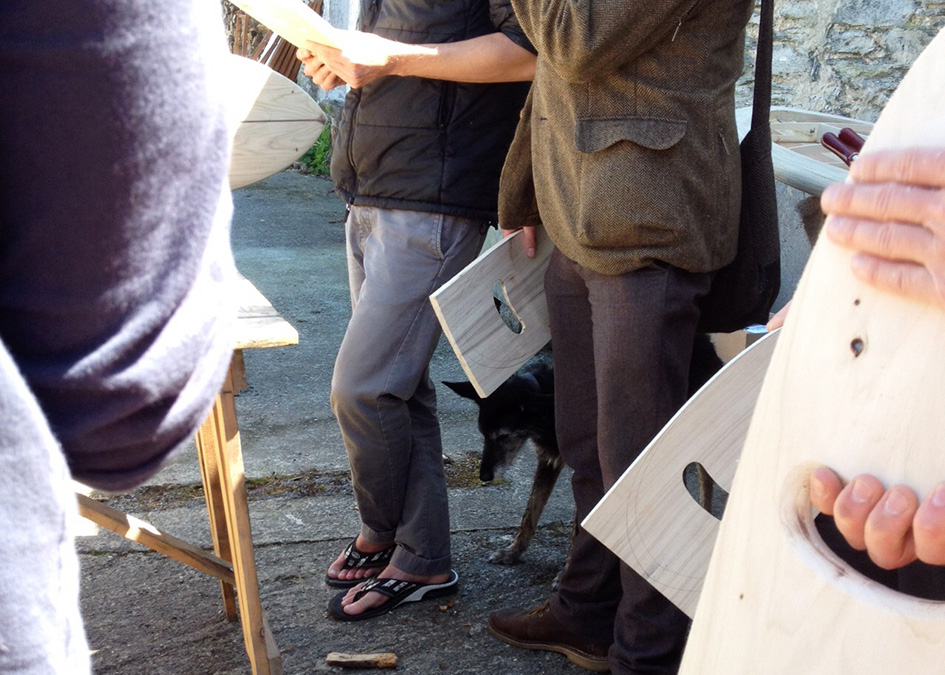 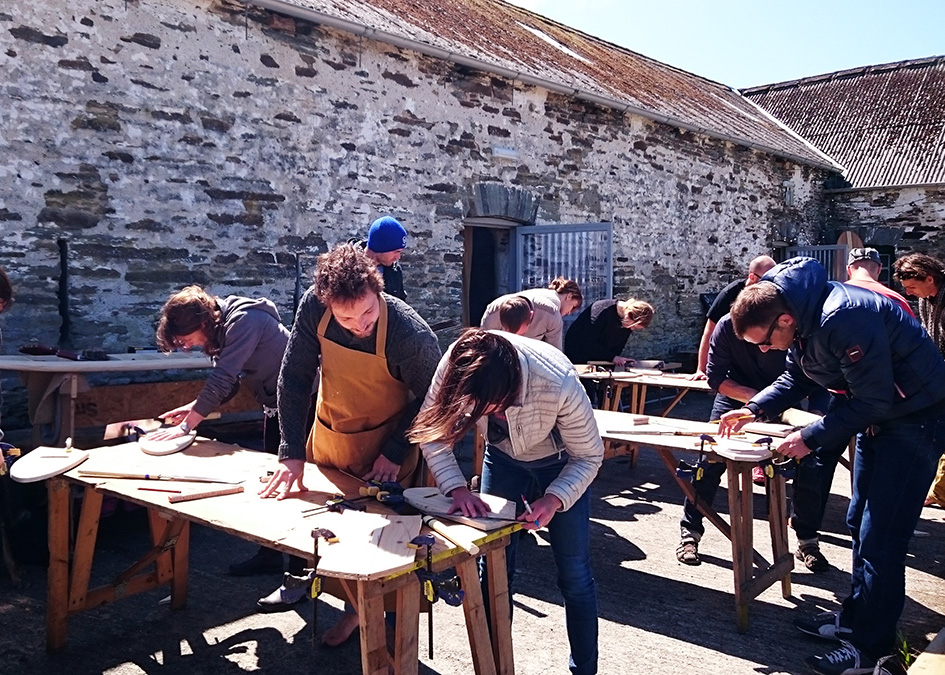 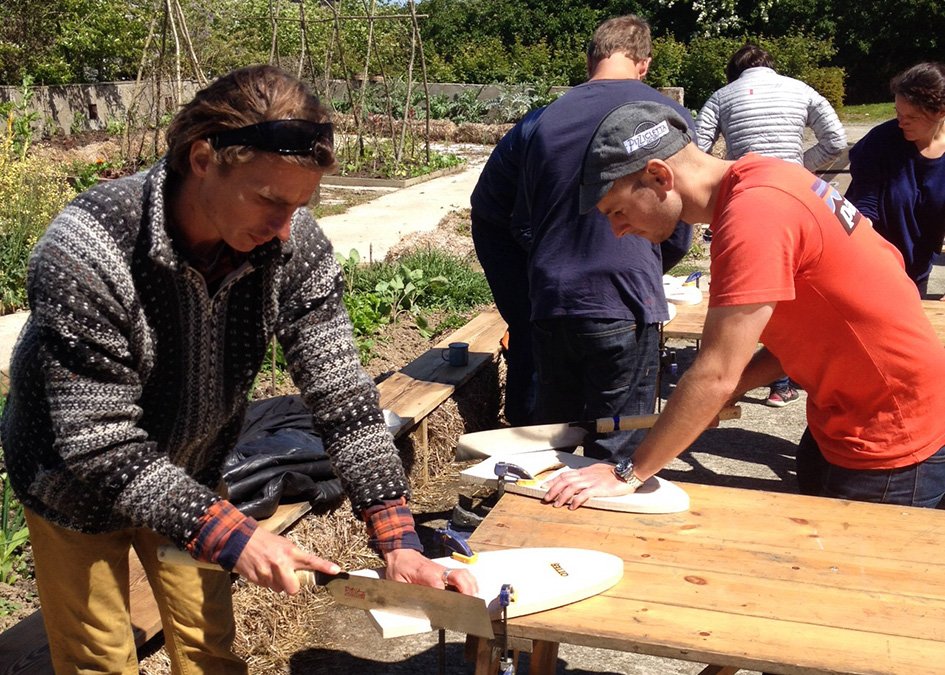