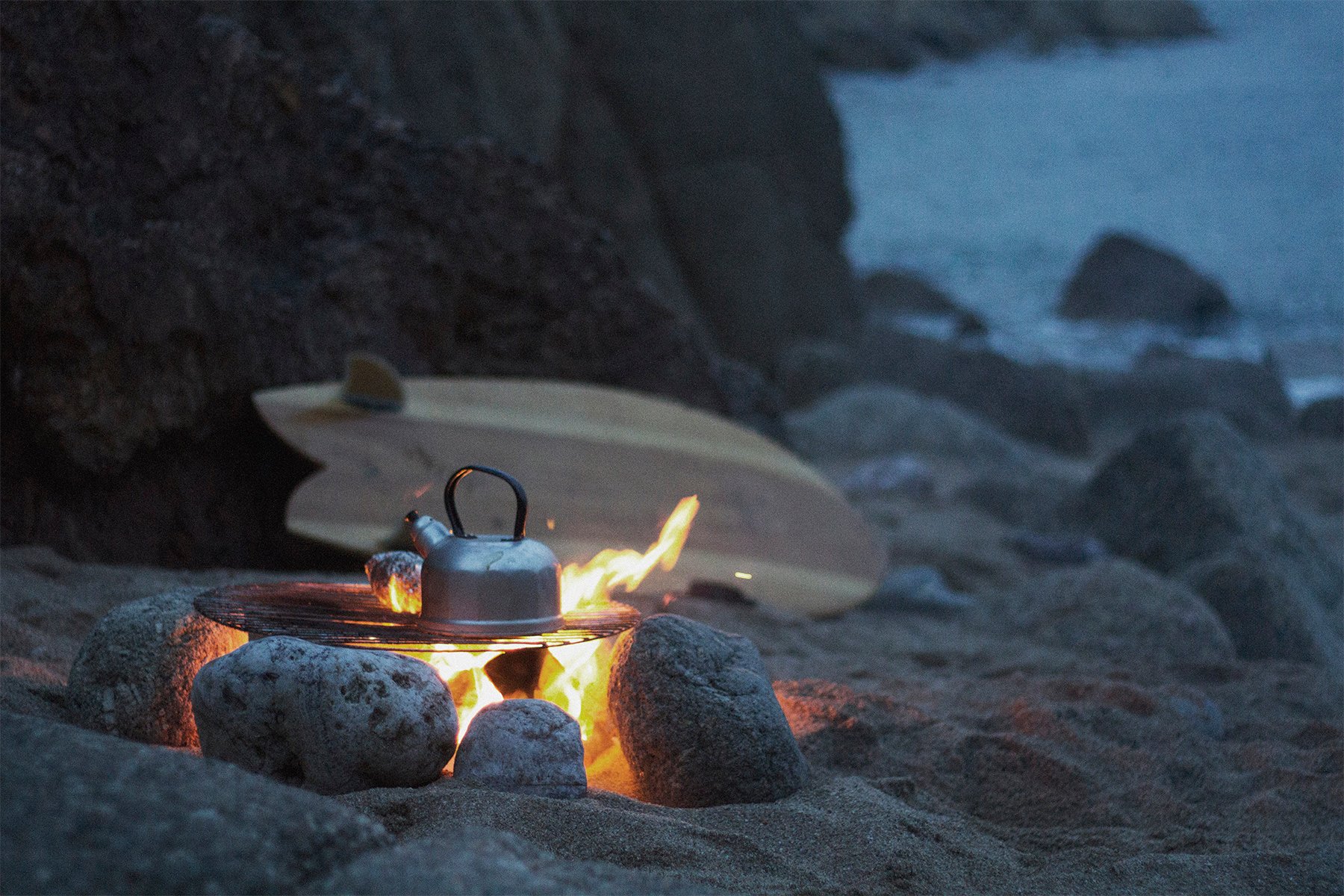 Well it’s the last Friday of 2013, which means that it’s our last blog post of the calendar year.  As the year draws to an end it’s not uncommon to look back over the past twelve months and to start making plans for the year ahead, so we though we’d take this opportunity to share with you some of our highlights from 2013.  So here, in a roughly chronological order, are some of our favourite moments: 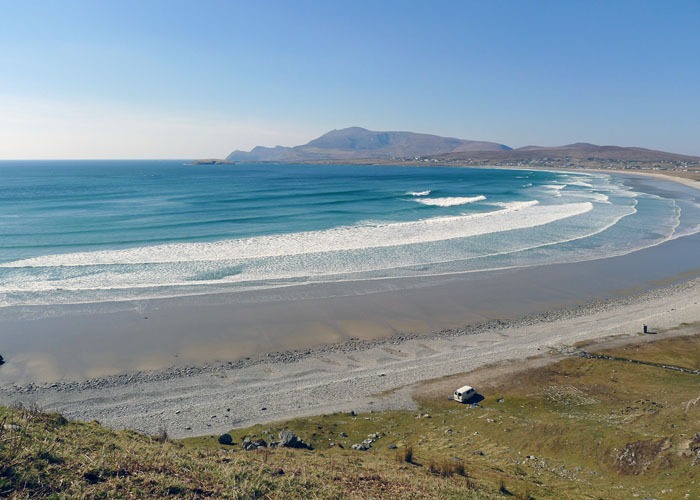 James and his good friend Sean headed over to the west coast of Ireland at Easter to search for waves.  Their trip coincided with an incredible run of swell and they were spoilt for choice for good waves, sleeping in the van and waking up to perfect, uncrowded conditions like this most days. 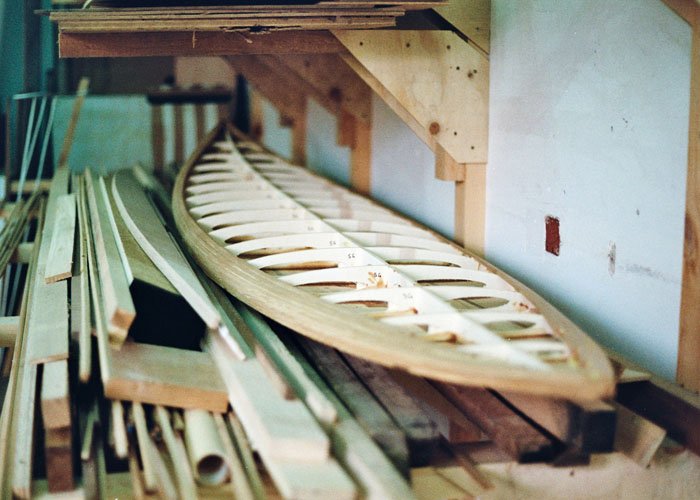 Big wave guns are rare surfboards in the British Isles, and hollow wooden ones are even rarer.  We’ve been working with Ben Skinner this year to design and build a board for him to surf some waves of significant size with, supported by Surfers Against Sewage for a project to highlight alternative and more sustainable material choices in surfboard production.  It’s been a fantastic project to be a part of, and we can’t wait to see Ben surfing the finished board. 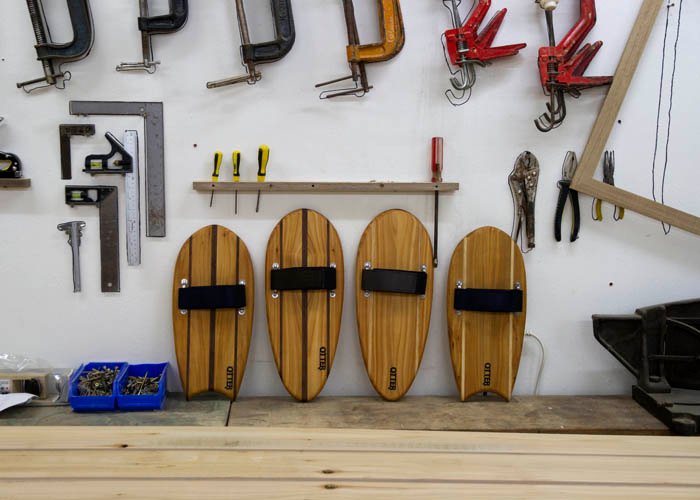 In the spirit of not letting anything go to waste, we expanded our line-up of bodysurfing handplanes this year by added a “strapped” option alongside our original hand hole models.  The straps are produced for us by Malcolm at Snugg using old car seat belts and his neoprene offcuts. 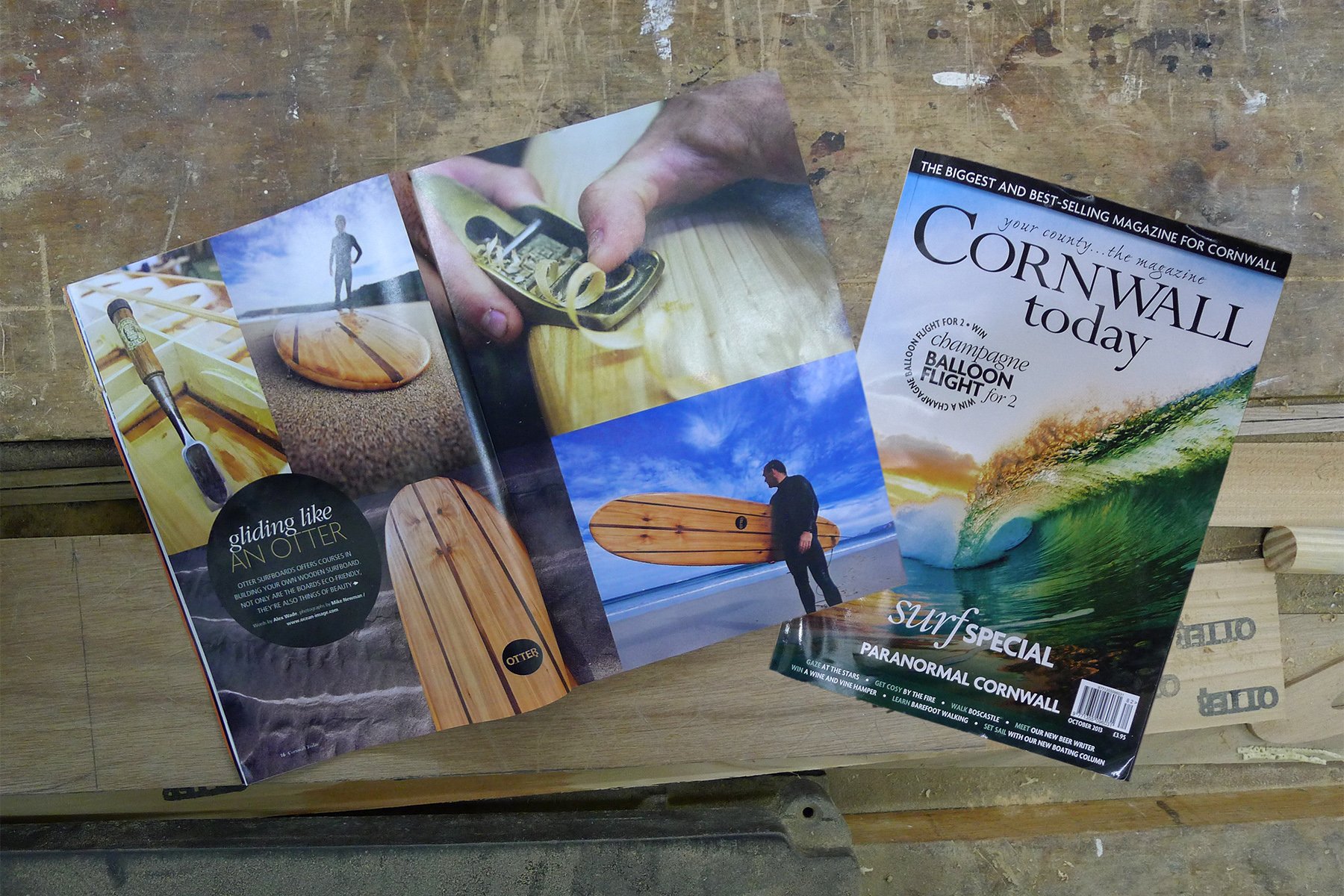 In 2013 we were lucky enough to receive some fantastic press coverage across a range of magazines and on the television.  Thanks so much to everyone that featured us and helped to spread the word about what we do down here! 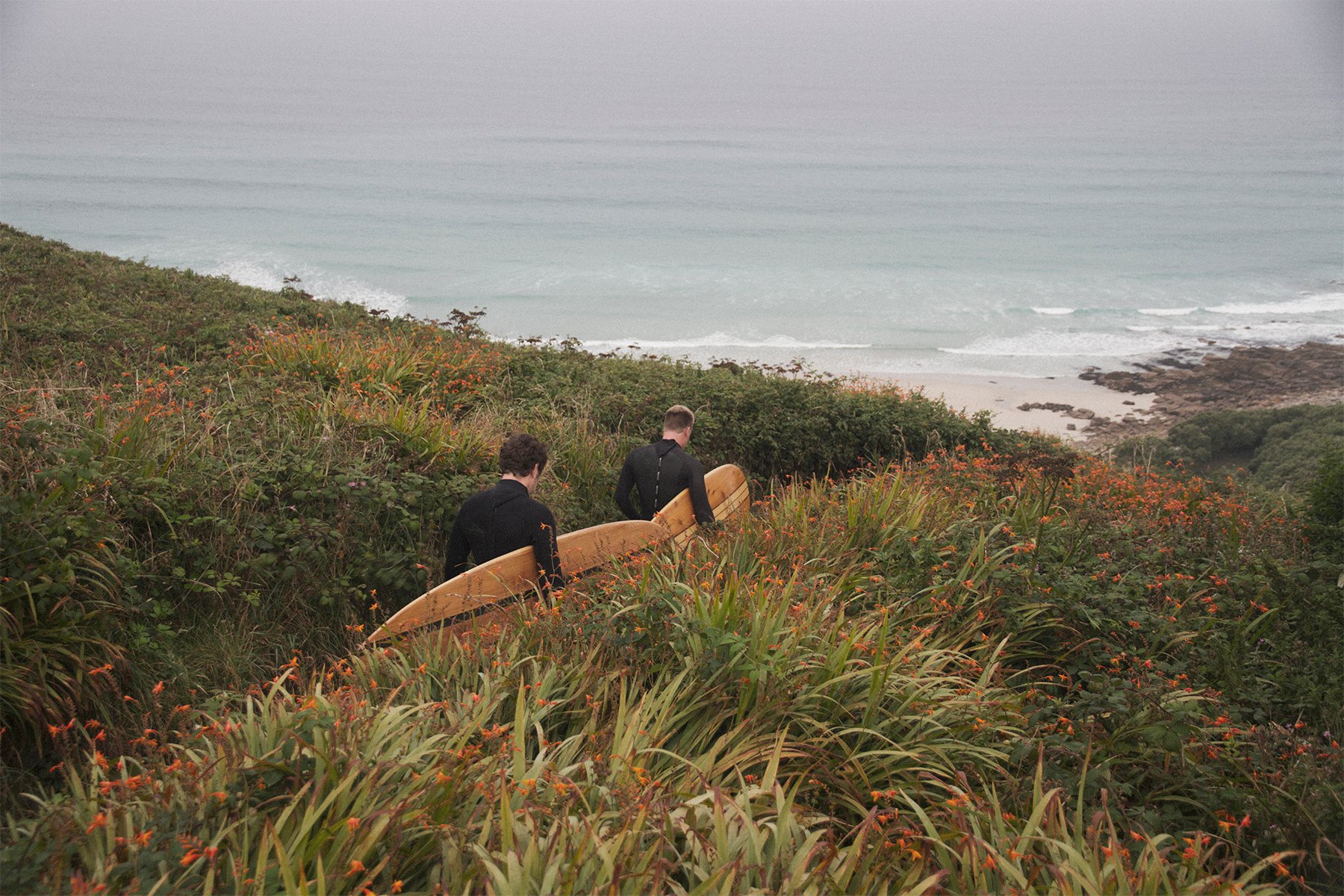 At the end of summer we sneaked away for an overnight camping trip with the aim of getting some images shot ready for next Spring.  We hiked the Cornish coast path looking for waves, slept out on the beach under the stars and ate fish cooked over the fire.  It made us realise that you don’t have to go very far for very long in order to make great memories. 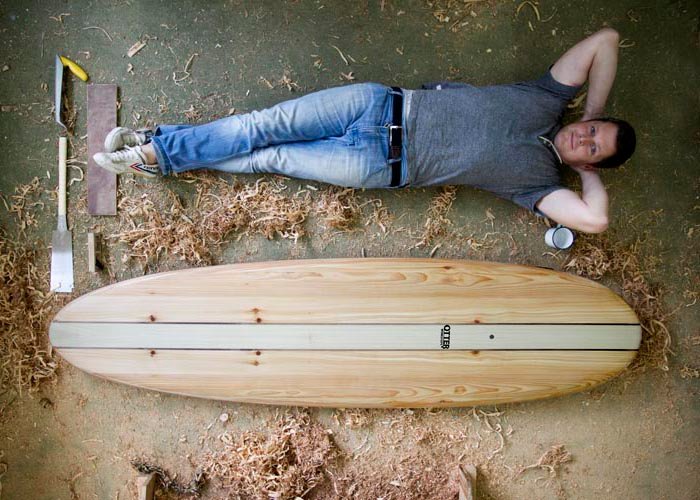 Far and away our best moments over the past twelve months have happened when other people are involved.  Our “Build-Your-Own” workshop courses have been our definite highlight as we get to share smiles, watch new surfboards come to life over the space of just five days, and make new friends.  If you’ve spent a week with us over the past year (or before of course) then thanks so much for sharing your time with us, it’s those weeks that make our work here so rewarding. 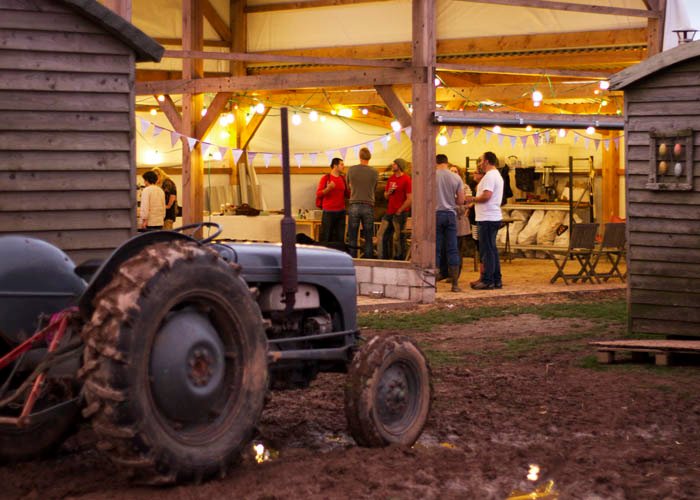 And speaking of our friends who have built surfboards with us, in October we held our first “Annual General Meeting“.  There was no agenda and no votes or raising of hands, instead we invited all of our past workshoppers along to the farm where it all began for us to enjoy a bbq and to share their stories.  We’re looking forward to this evening growing year on year. 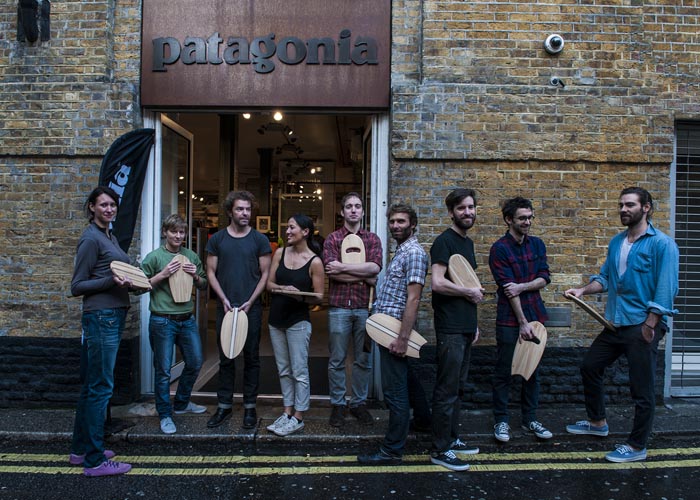 In the Autumn we found ourselves going back and forth to London a fair bit.  One Saturday our friends at the Patagonia store in Covent Garden opened their doors to us and cleared a large space for us to run a “Build-Your-Own” handplane workshop.  It was a fantastic day and great to be making sawdust and laughter in a different location. 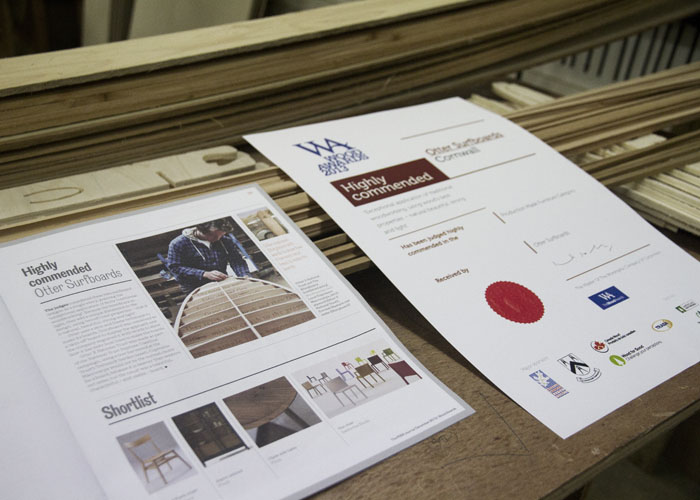 James also had a quick trip to London to attend the ceremony for the 2013 Wood Awards, for which both The Storyboard and the National Trust Macrocarpa Surfboard had been shortlisted in the Production Made Furniture Category.  He was honoured to have his work “Highly Commended” by the judges in such a prestigious national competition. 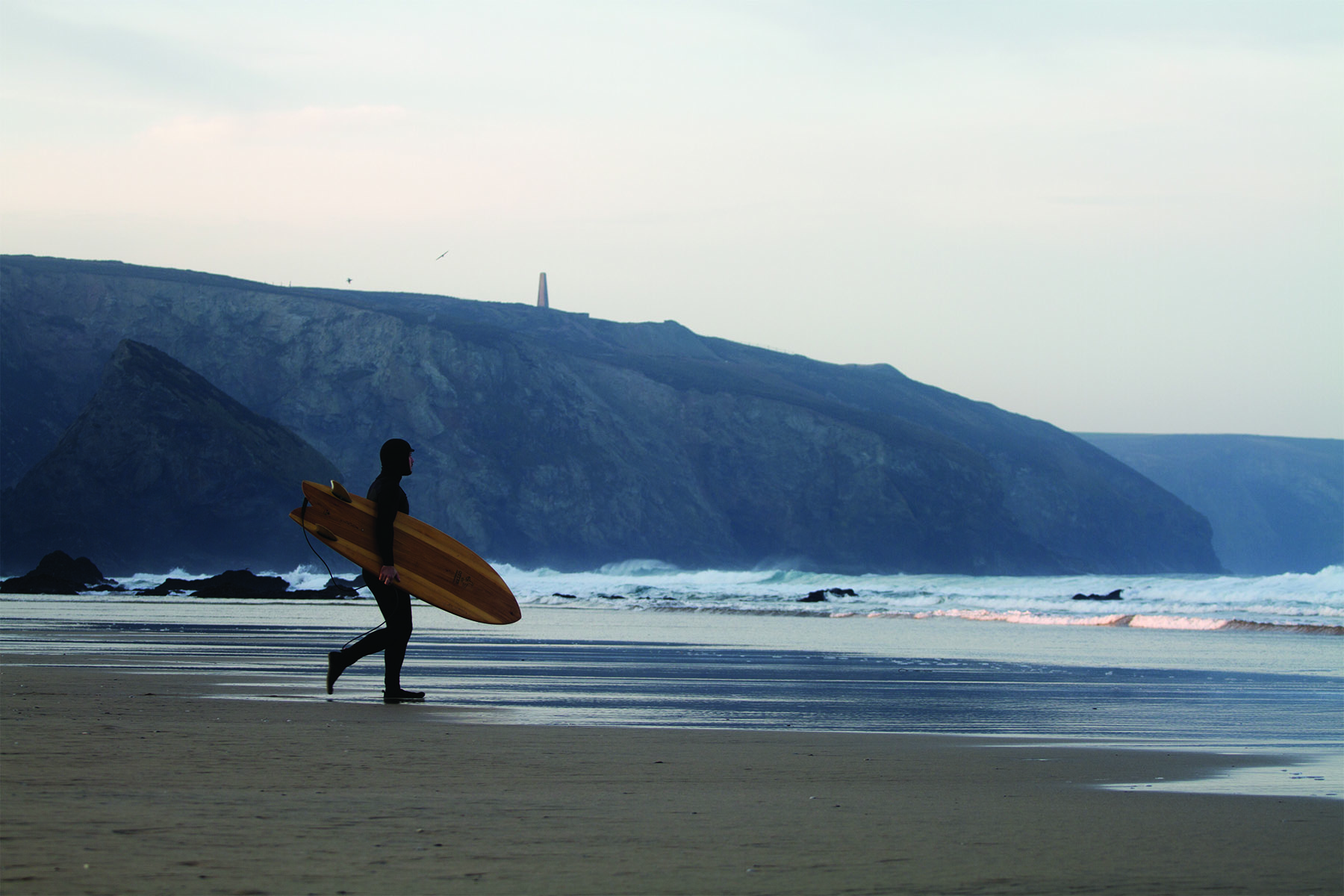 Amongst all of these great moments, we’ve also managed to keep getting in the sea and surfing whenever the waves are good.  It’s at the root of everything we do here and we’ve had some memorable waves this year which have kept us inspired.

Here’s hoping for more of the same in 2014.  Have a very happy New Year, we’ll see you in January!