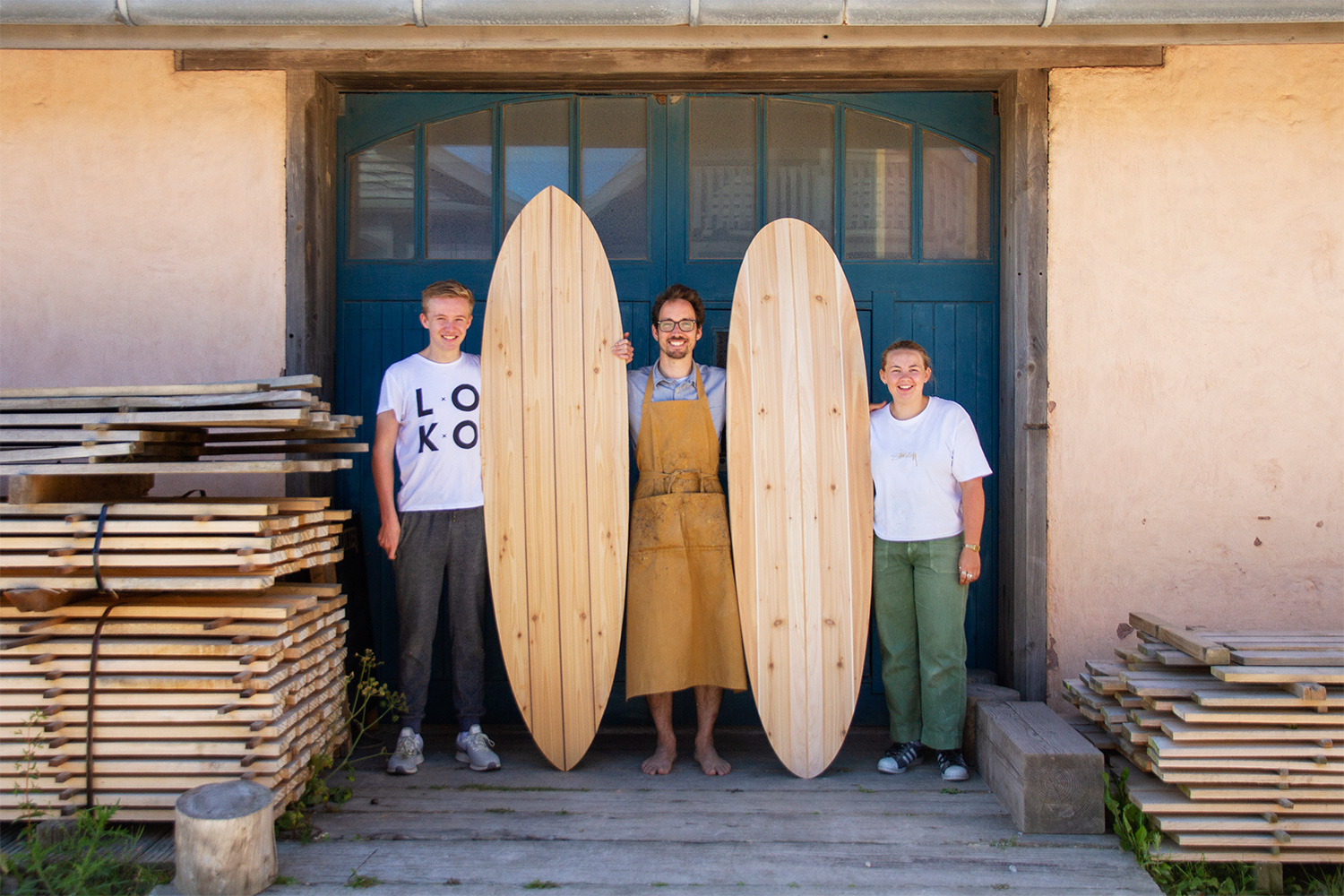 Off to Jersey: Gigi and Rory’s Wooden Surfboard Workshop Experience

​Jersey has an incredibly rich surfing heritage; these days the Channel Islands are often overlooked in the UK surf scene but when surfing first started to develop in Europe the island of Jersey was one of the first places from which the sport sprouted. 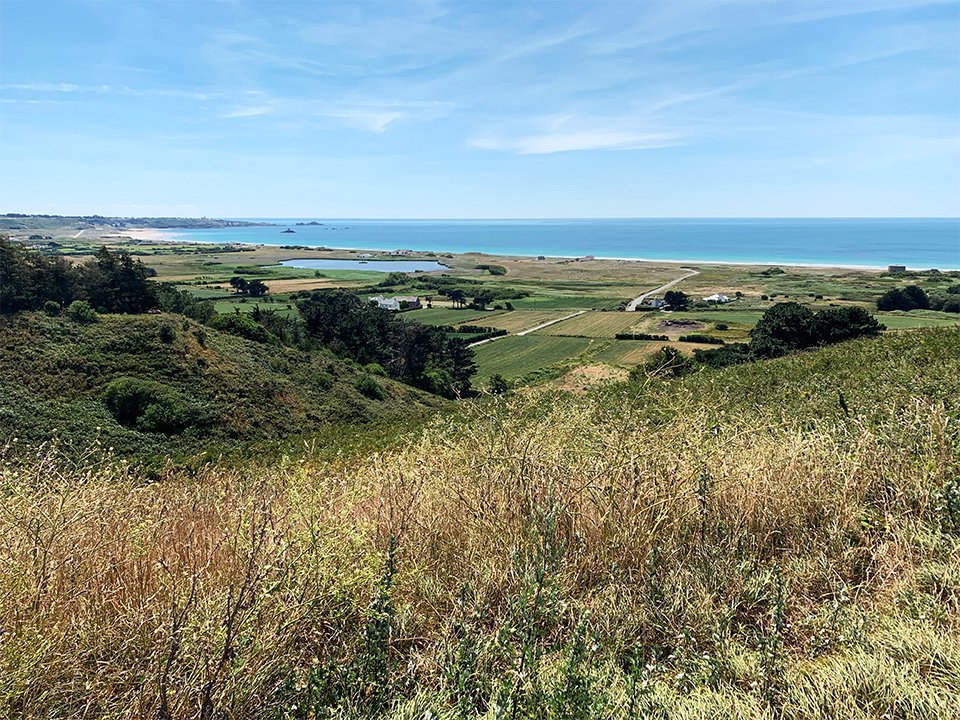 In June, we welcomed siblings Gigi and Rory to the workshop to make their own wooden surfboards with us. Born and raised on Jersey, their surfboards will be heading over the water in a few weeks (once they’ve been laminated) to spend the summer in the waves of St Ouen’s on the island’s west coast. We’re excited that two more of our wooden surfboards are going to Jersey, and having spoken with Gigi and Rory about their local surf scene it seems like a great opportunity to celebrate the rich history and culture of surfing in Jersey. 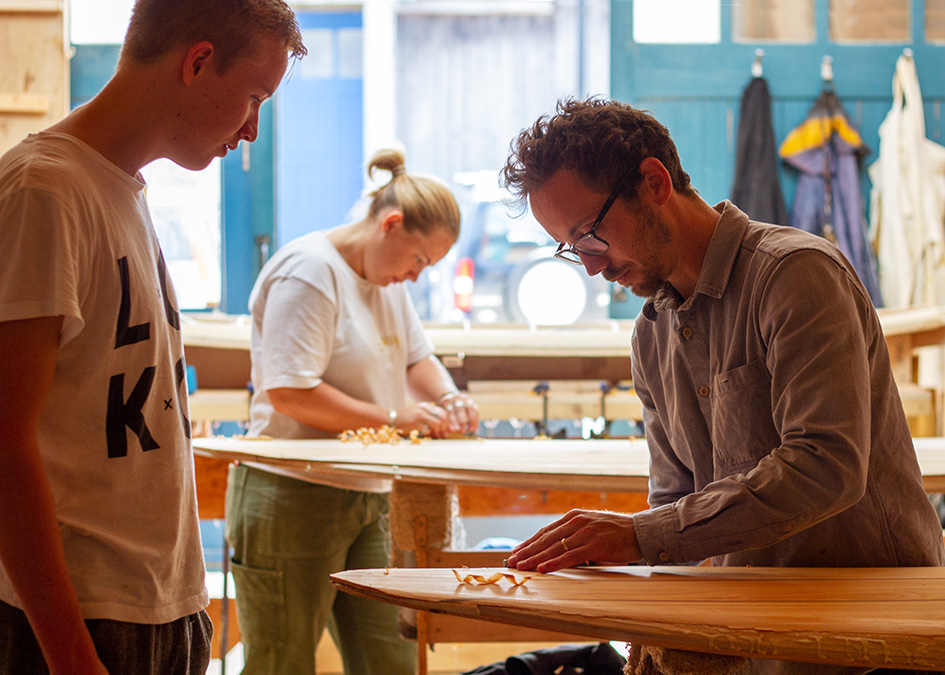 Amazingly, the first Jersey Surf Club was founded by Nigel Oxenden and a group of friends in 1923 after Nigel picked up surfing on his travels to Hawaii, making it a strong contender for the title of Europe’s oldest surf club. In the twenties and thirties members of the club rode waves at St Ouen’s on wooden bellyboards, although there is a record of one member of the club making a larger surfboard (8’) out of wood to stand-up surf on. 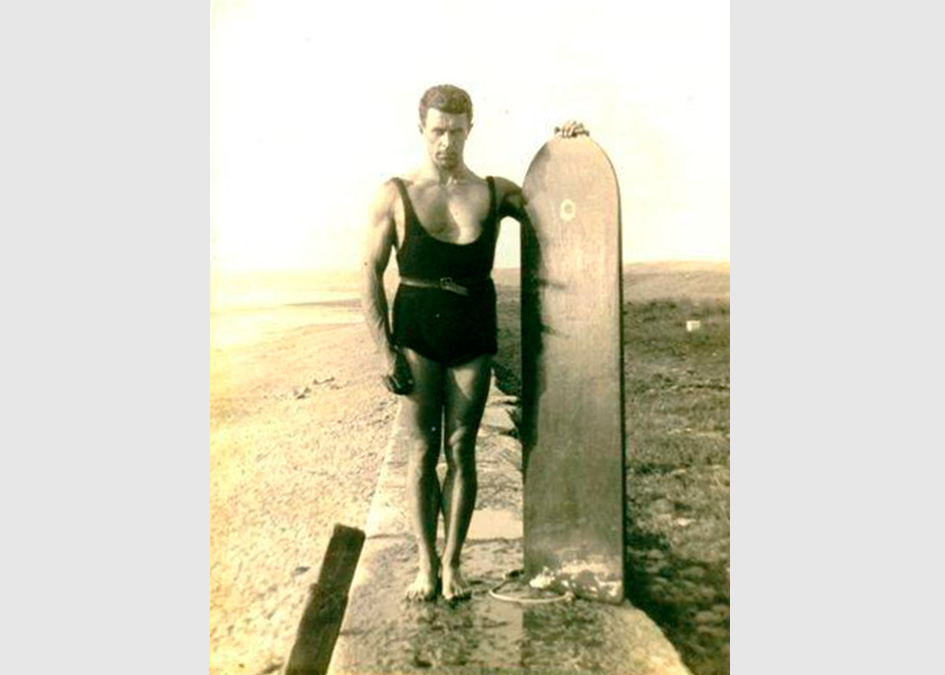 Nigel Oxenden with his wooden bellyboard (complete with a leash, long before they became standard issue!) in the early 1920s.

WWII interrupted Surfing and wave riding on Jersey’s west coast for the first half of the 1940s however, when the Channel Islands were invaded and occupied by the Germans. Hitler developed what was referred to as “Island Fever”, believing that the Channel Islands held such a symbolic significance to the British (the Bailiwicks of Jersey and Guernsey were the only part of the British Isles to be captured and occupied by the Wehrmacht) that they would do anything to get them back. He ordered the fortification of the islands and the building of his “Atlantic Wall”, and many beaches were mined. Following the liberation of the Channel Islands it took some time for the beaches to be declared safe again and for the islander’s to rebuild their lives. By the 1950s some sense of normality had returned, and with it, the reintroduction of surfing. This time around, a doctor who had lived in California brought a 10’ Pacific Homes “Waikiki” hollow wooden surfboard (the sort made popular by Tom Blake in the 1930s), followed by the arrival of a group of lifeguards from South Africa who brought surfboards with them. The Jersey Surfboard Club was formed in 1959 and through the 1960s and 70s Jersey was the leading light of British surfing, and a European surf destination. Jersey hosted the European Surf Championships in 1969, 1970 and 1972, and five of the six members of the British team who travelled to the 1968 World Championships in Puerto Rico were Jerseymen; an incredibly impressive history.

POST UPDATE: After contact from the current owner  of the Pacific Homes surfboard (Tim from Little Joes Surf Shop), he let us know it’s actually made from solid redwood and balsa and is not like the hollow Tom blake boards. It’s late 30’s as it was earlier called the swastika model and for obvious reasons was then changed to the Waikiki model. 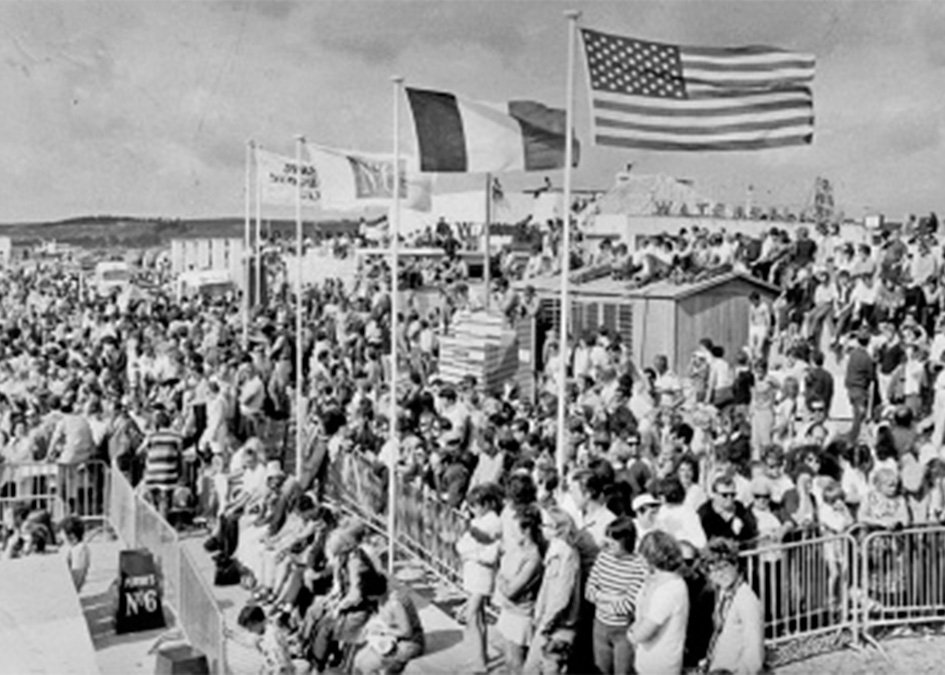 A large crowd watching a European Surf Championships event in the 1960s.  Image: The Jersey Post.

As surfing boomed across Europe and in the UK however, the small island struggled to maintain its top spot. Jersey still produces incredibly talented surfers across all disciplines (many of who have made a name for themselves in the UK and overseas) and has a very healthy longboard scene. We’re excited that there are now two more wooden surfboards bearing the Otter Workshops logo in the Channel Islands, adding another chapter to Jersey’s hollow wooden surfboard story. We can’t wait to hear stories of the waves that they catch from Gigi and Rory. 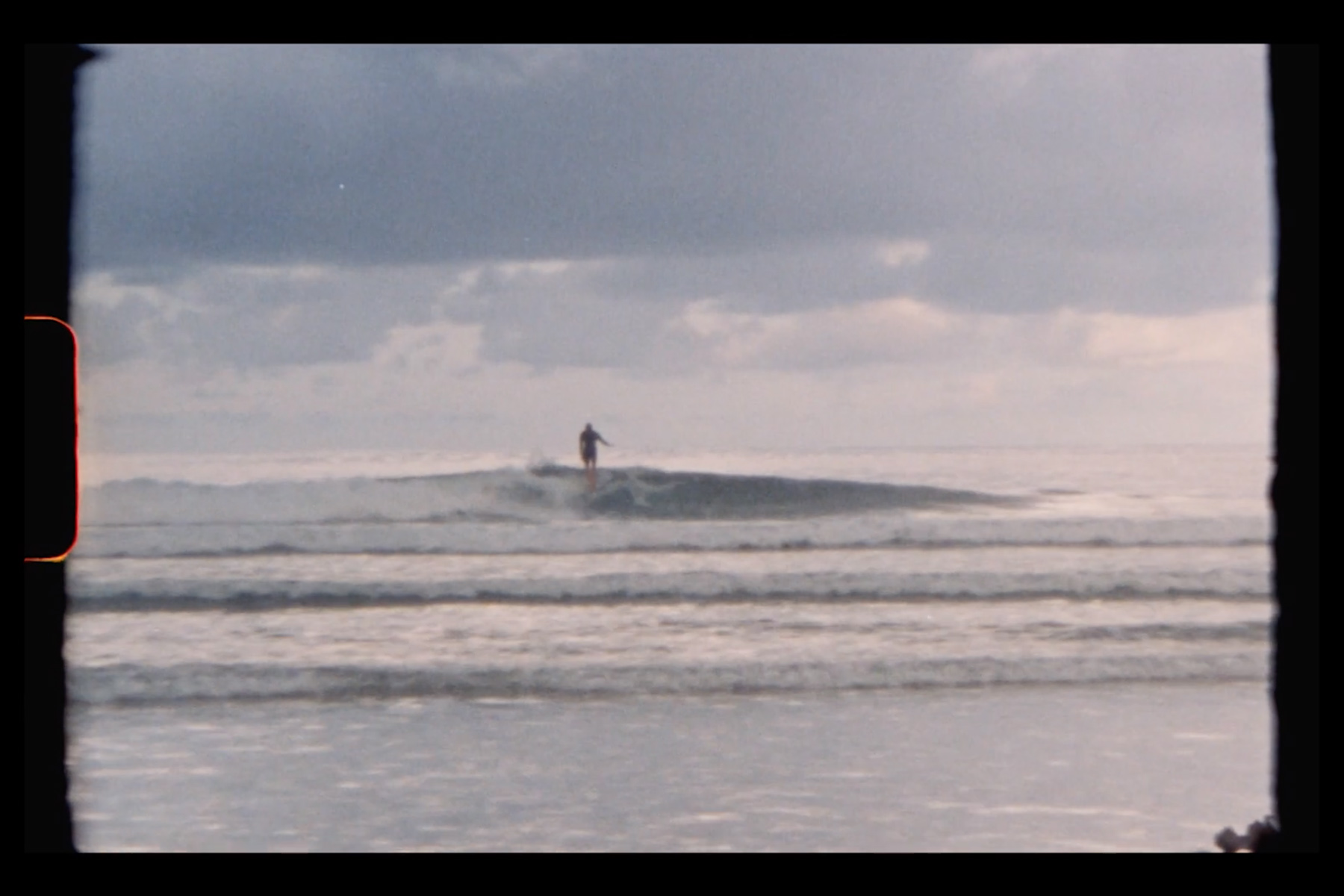 Click here to find out more about making your own wooden surfboard with us on a five-day workshop course, and to check dates and availability. 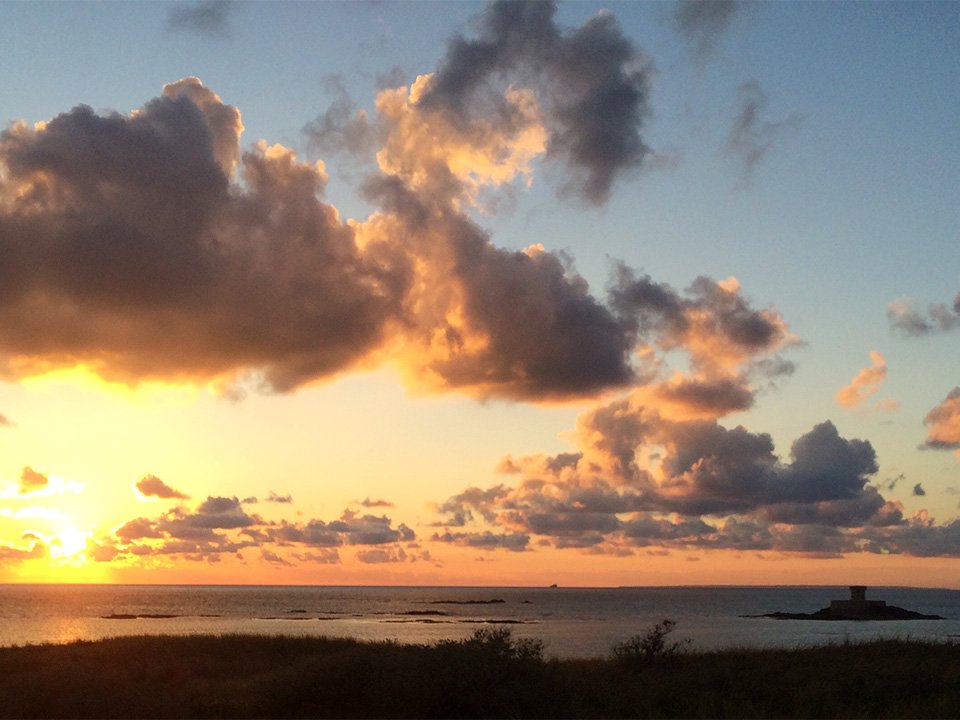