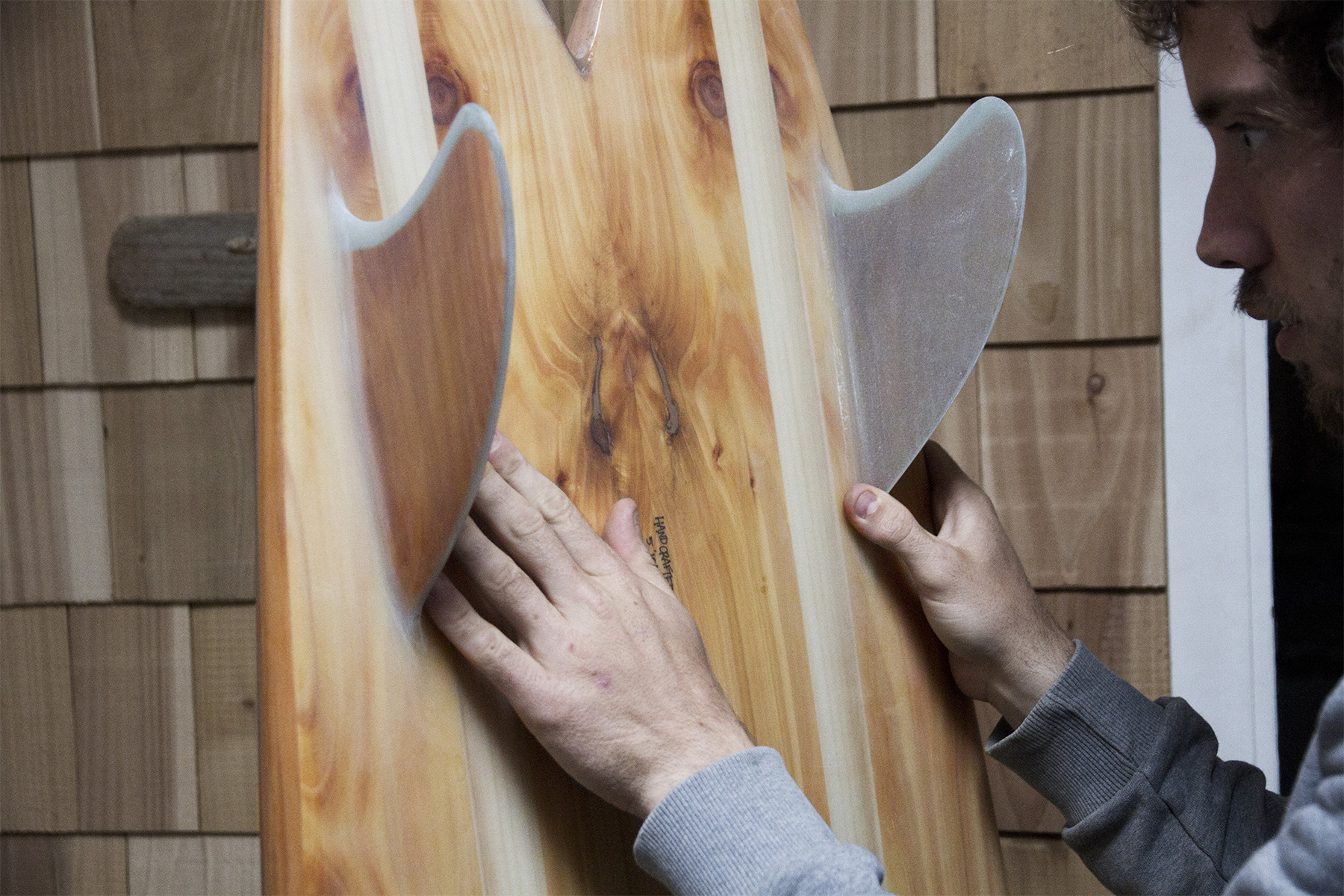 “Why two fins?” we hear you ask?  Well, that’s a very good question, and one that we’ll try to answer here.  Surfboards can have as many or as few fins as you wish placed on the bottom, from none (as in the case of ancient Polynesian surf craft and early paddleboards) through to the most common maximum number of five, as utilised by the Campbell Brothers in their bonzer bottom/fin configurations.  The key is to balance out the “hold” (or grip) that the tail of your surfboard has in the wave, with the drag created by the surface area of the fin going through the water.

Several of our shorter surfboard models, such as the Seadar, ADPT, Fetch and Woodburner, feature a twin fin set-up and with good reason:  These surfboards have wider tails which are more buoyant, increasing speed and manoeuvrability and making them really good fun in smaller waves.  Utilising two fins means that one fin can act as the pivot point for the other fin to turn around allowing them to make very rapid changes in direction, as opposed to the more drawn-out turns necessitated by a larger, central, single fin. 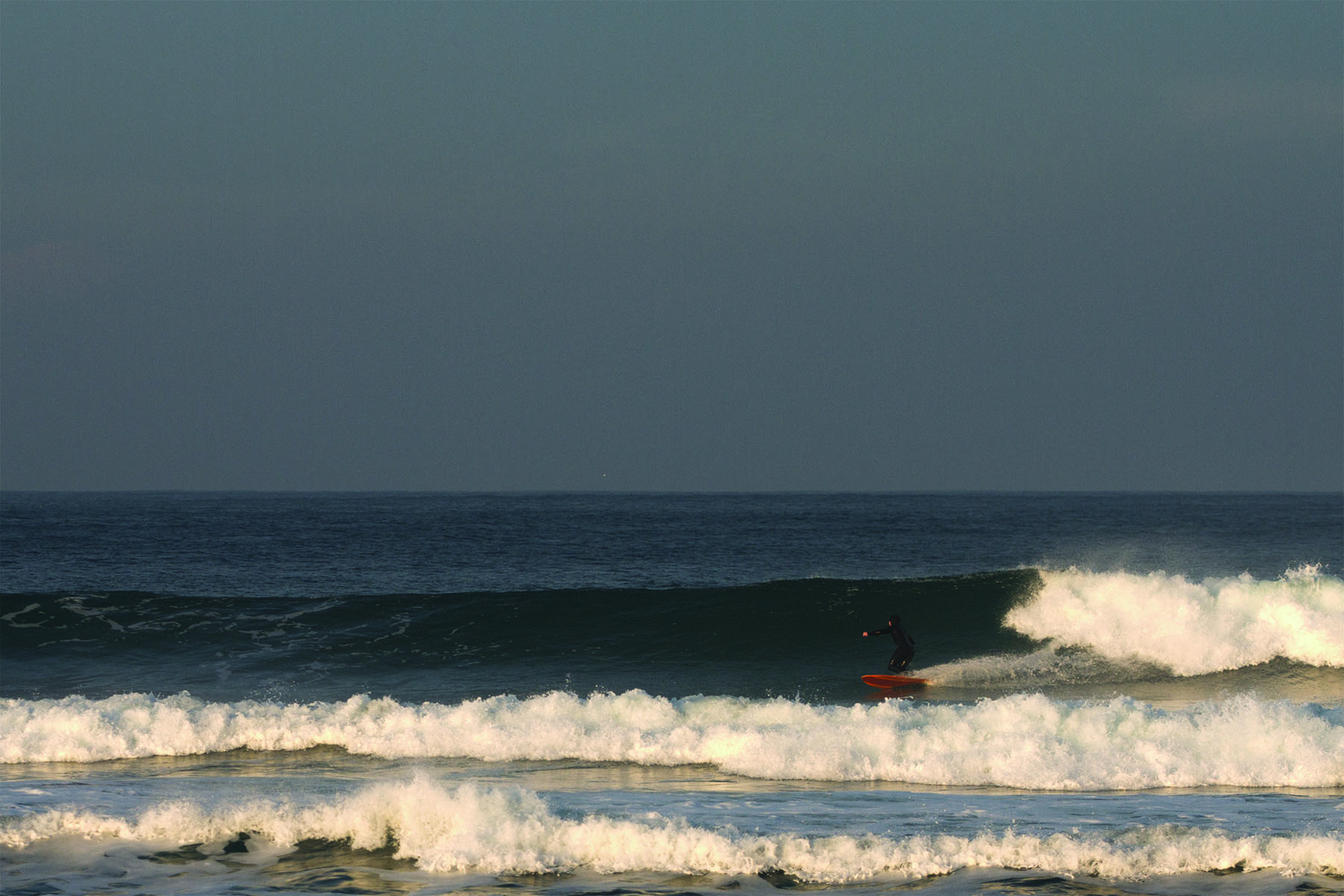 Legendary Australian surfer and shaper Mark Richards won four World Titles between 1979 and 1982 riding twin fin surfboards, claiming that “the twin fin configuration produced a faster looser and more responsive performance, which allowed me to really attack a wave.”  A twin fin set-up on a wide tailed, small wave surfboard is ideal, allowing you to skate over and around flat sections and perform tight turns to stay in the pocket.  Once wave height moves into the overhead range, however, twin fins start to become slightly skittish, and it is common for them to slip and spin out when trying to perform a powerful bottom turn in big waves.

Year-round, if the waves are waist to head high then the chances are that the demo boards in our workshop that have two fins in them will be out on the water or in the back of the van on their way to the beach.  If you’re interested in owning a twinny then whether ordering a custom surfboard or building your own during a workshop week, we can produce fins using the same timber and lay-up patterns as your surfboard which are then beautifully foiled and glassed on to your surfboard by Bro and Paul who do all of our laminating.  Twin fins are great for making the most of smaller, weaker waves and we highly recommend them for our fish and mini-simmons surfboards. 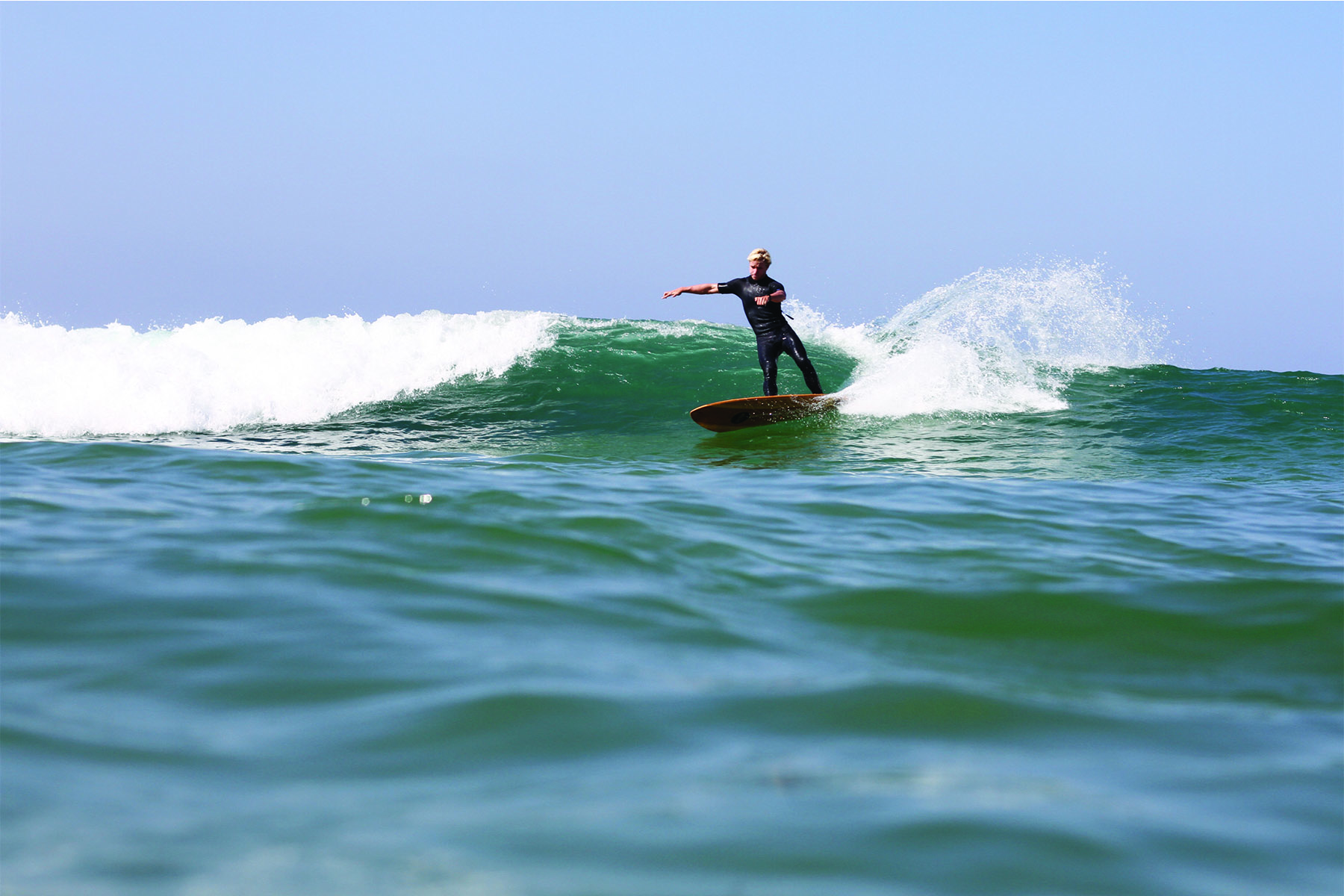